Accessibility links
Toy Donations Pour Into Newtown For The Holidays Since the Sandy Hook Elementary School shootings, gifts have come into the grief-stricken Connecticut community by the truckload. Parents say they're not sure how to celebrate, but some hope the traditions will bring back some sense of normalcy. 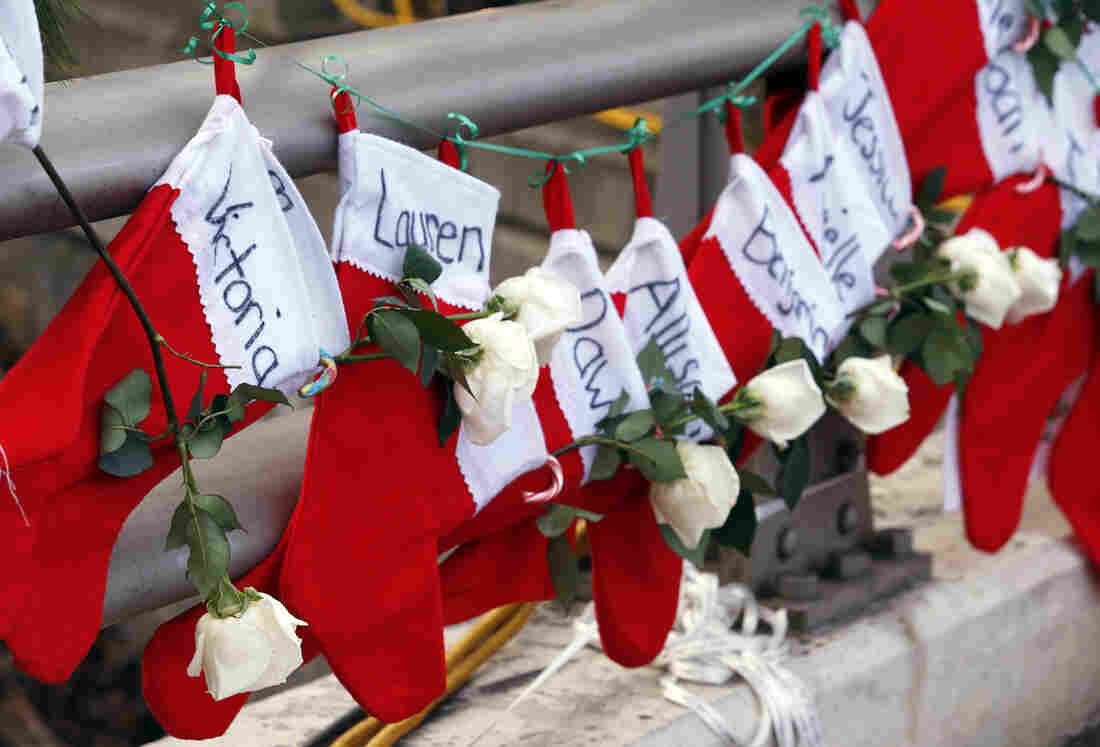 Christmas stockings with the names of shooting victims hang from a railing in the Sandy Hook village of Newtown, Conn. Julio Cortez/AP hide caption 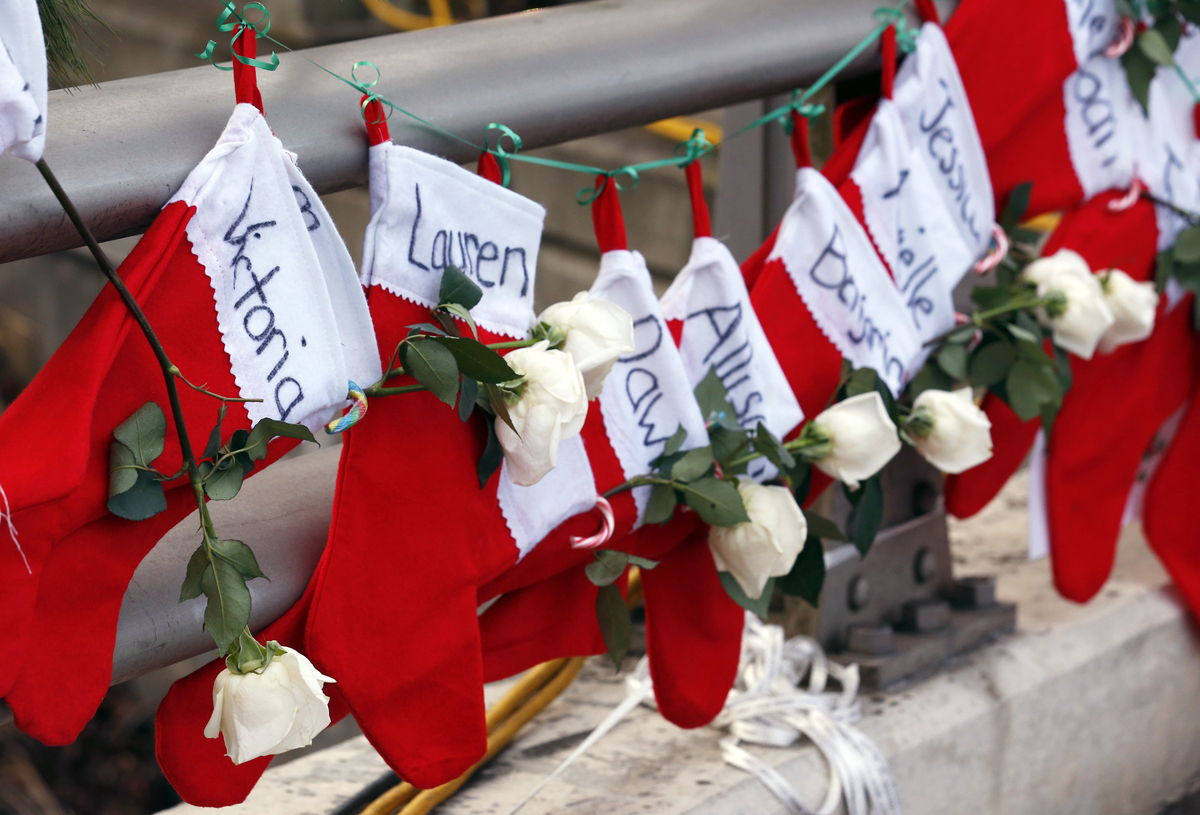 Christmas stockings with the names of shooting victims hang from a railing in the Sandy Hook village of Newtown, Conn.

The Monday after the shootings at Sandy Hook Elementary in Newtown, Conn., toys and stuffed animals began arriving by the truckload. Ten days later, the gymnasium at Edmond Town Hall in the center of Newtown is full of them.

"When I realized that it was getting so large, I thought that we should get this to the children before the holidays," says Ann Benore, a caseworker for Newtown Social Services.

Benore has organized this toy giveaway for all Newtown children and families. There's a special collection for students of Sandy Hook Elementary School who survived the massacre. She says they've received more than 60,000 stuffed animals and thousands more toys.

The community was turned upside down after the 20 first-graders and six adults were killed. Now, residents are struggling to find a way to still enjoy the spirit of the season. 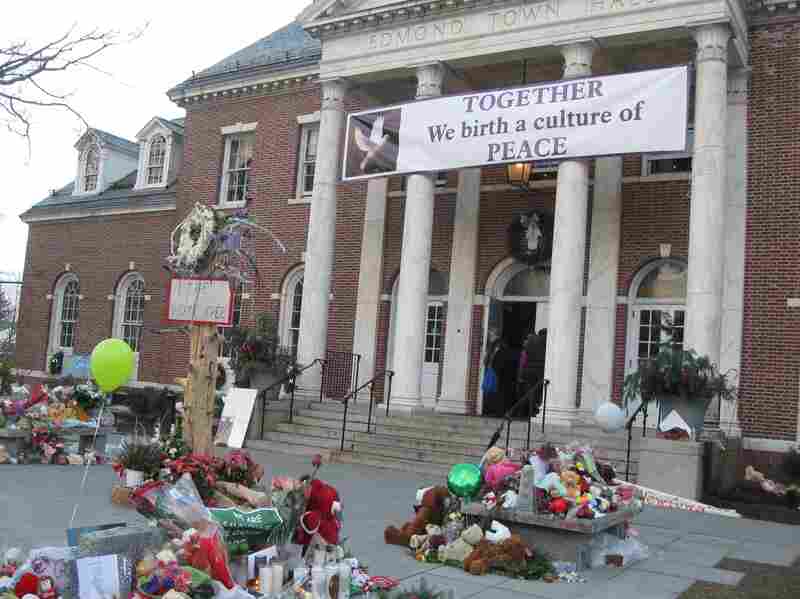 In Newtown, Conn., makeshift memorials have been set up outside the town hall, which is holding thousands of toys and stuffed animals for residents as the holidays approach. Diane Orson for NPR hide caption

All toys were first examined by local police; there's a group of officers standing at the back of the gym. Children ooh and ahh as they enter — and are handed bags. They walk through and choose cuddly bears or games, or both.

In one area, volunteers show youngsters how to make Christmas ornaments. Brittany Noonan, 17, traveled here from the other end of the state to help out.

"I see a lot of toys and lot of happy little kids," she says.

"It allows them to express without having to use words. It gives them an opportunity to reflect, bring them to a safe place," she says.

Parents in Newtown say they're having a hard time figuring out how to handle the holidays. At a shop down the road called Everything Newtown, co-owner Teri Brunlli says her family will find a way to celebrate this year.

"I have four kids at home. I think it's important to celebrate. The kids need to feel safe, and I think the only way to do that is to give them something that's normal again," she says. "We can't just stop. We have to take the next step forward."