Accessibility links
Another Year, Another 'Christmas With The Chipmunks' Like egg nog and advent calendars, Christmas songs pop up everywhere for a month and then disappear, only to be repackaged and resold 11 months later. Some of the biggest-selling and most frequently reissued holiday music of all time comes from three animated rodents. 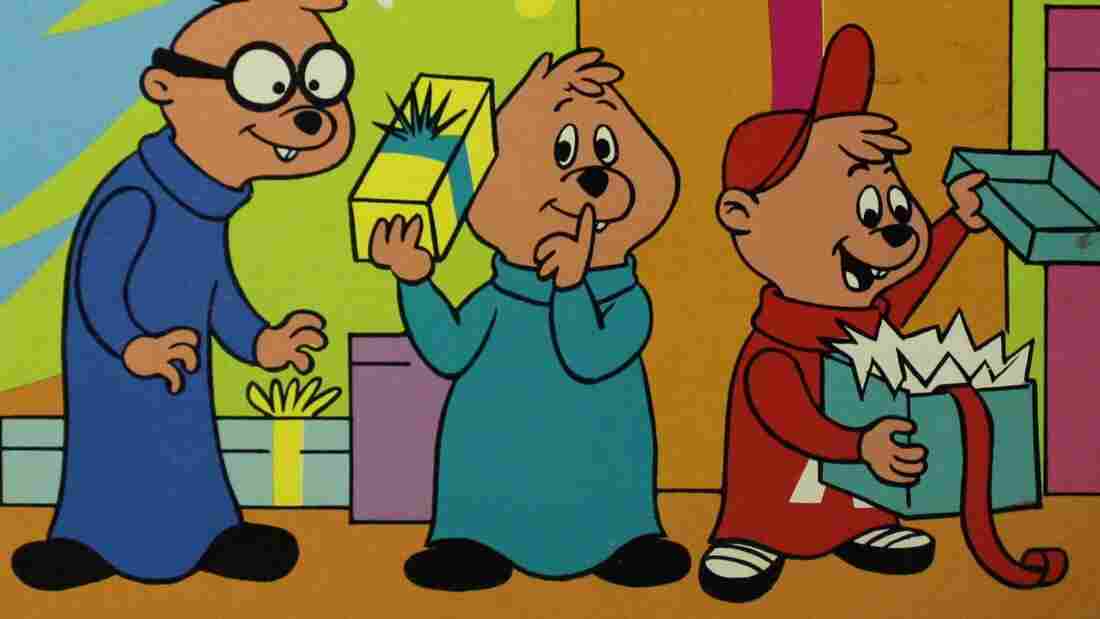 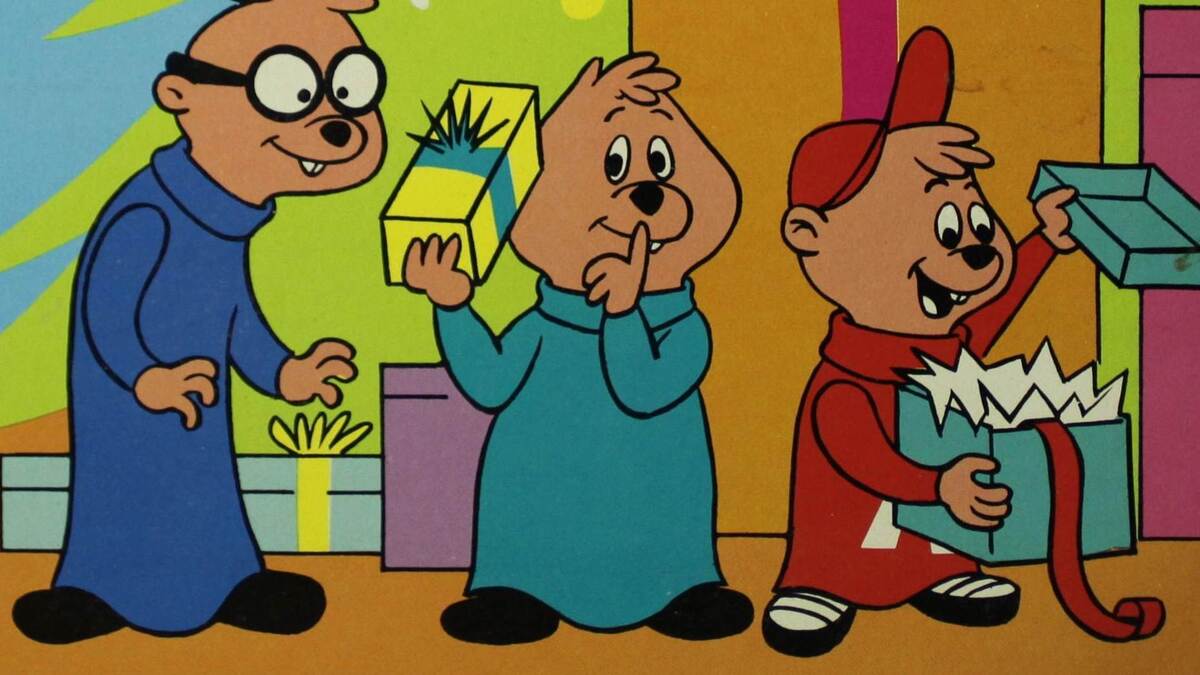 Even before Thanksgiving, Bing Crosby, Nat King Cole and Brenda Lee were reborn for the holiday season, with classic songs of theirs — "White Christmas," "The Christmas Song," "Rockin' Around the Christmas Tree" — materializing anew like Frosty the Snowman himself. Like egg nog and advent calendars, their seasonal tunes pop up everywhere for a month and then disappear, only to be repackaged and resold 11 months later.

For millions of people, those songs signify the season, but for me — for my memories of childhood in the late 1970s — they can't touch one of the most persistently reissued holiday albums of all time. Christmas With The Chipmunks has sold millions of copies in the last half-century, and it gets reissued in some form or another every year, usually with bonus tracks and new songs to add to the din of the season for generations of beleaguered parents.

The Chipmunks — Alvin, Simon and Theodore — were created by Ross Bagdasarian Sr., who died in 1972. He voiced all of the characters, speeding up the tape to embody the three chipmunks. Now, his son Ross Jr. presides over the Chipmunk empire.

Bagdasarian loved it then, but it takes more than high-pitched voices to make these characters endure for 54 years. It sounds silly to say it now, but when you're 7, 8 or 9 years old, Alvin and the Chipmunks actually feel rebellious.

"Because here was the little guy, kind of driving the big adult nuts," Bagdasarian says. "And what kid didn't want to yell in support for that? So I was a huge fan of Alvin's, and I think kids have continued to be over the years."

Of course, the Chipmunks' universe extends well beyond that one, endlessly rehashed holiday favorite. Alvin, Simon and Theodore have starred in three top-grossing motion pictures, several TV series and specials, and other albums, like Chipmunk Punk in 1980 and a million-selling country record from 1992 called Chipmunks in Low Places.

Ross Bagdasarian Jr. created those with his wife Janice Karman, and together, they've been doing this for 40 years — to the point where you have to wonder, does he get tired of the squeaky voices the way my parents did?

"There are definitely times — I'd be lying to you if I [said], you know, every day of the year, for 40 years, I have jumped out of bed going, 'Let me hear more from Alvin!'" Bagdasarian says. "So there are obviously those days when it's like, 'Oh, please, don't let him sing again for just five seconds.'"

Now that the Chipmunks have fallen into the hands of my own children, I know what he means. My kids don't listen to those piercing voices nearly as often as I did, so it's actually a pleasure to have them back — just as it'll be a pleasure to pack them away for another 11 months.