Accessibility links
Aziz Ansari's Latest Is 'Dangerously Delicious' The comedian, who plays Tom Haverford on the NBC sitcom Parks and Recreation, just released a new comedy special directly on his website. He's also embarking on a multicity tour, where he'll be riffing on the things that terrify him — marriage, for instance, and babies. 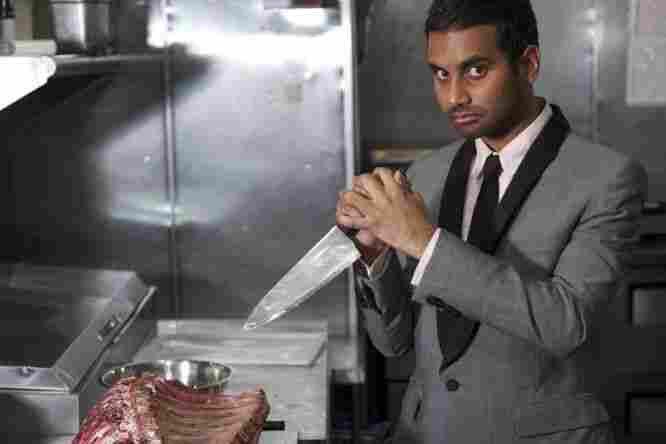 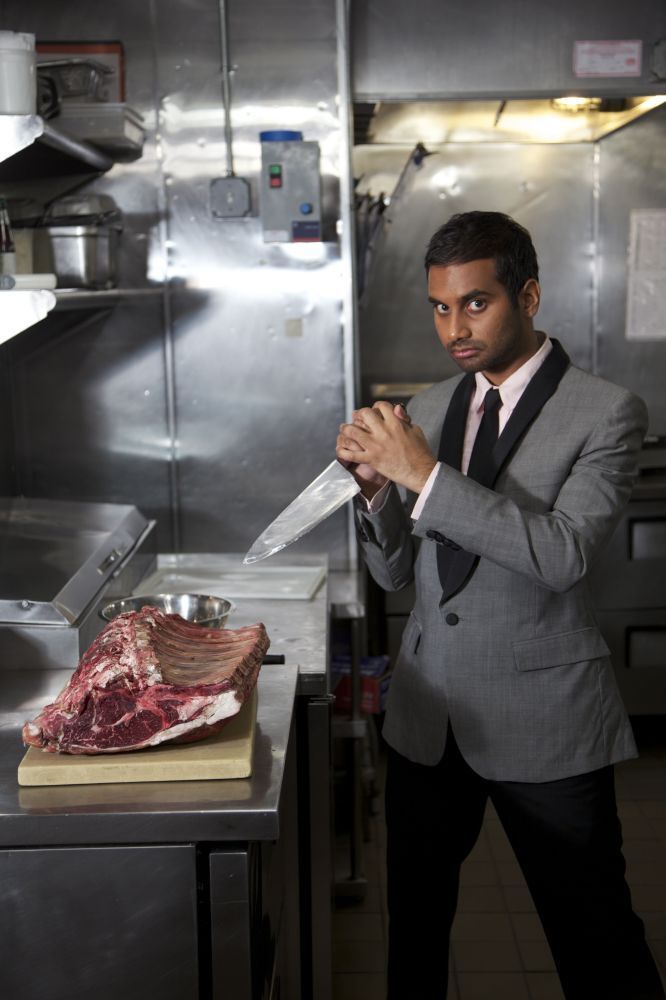 As part of our year-end wrap up, we are sharing the best Fresh Air interviews of 2012. This interview was originally broadcast on April 2, 2012.

During a recent stand-up tour, the comedian and star of Parks and Recreation, Aziz Ansari riffed on what he calls the "fears of adulthood."

You know, babies. Marriage. That kind of stuff.

"I see a lot of my friends are kind of entering serious stages of their lives where they're getting married and having children, and I'm getting to the age where that stuff is getting expected of me," Ansari tells Fresh Air's Terry Gross. "And it's all very terrifying to me. It still feels like it's so far away."

Ansari certainly has a lot on his plate at the moment. He plays a low-level administrator on the NBC sitcom Parks and Recreation, and recently released a new comedy special, called Dangerously Delicious, online. He got the idea partially from Louis C.K., who released his own $5 comedy special on the Web last year.

"Obviously, it was a tremendous success when [Louis C.K.] released it that way, and I started getting tweets and things saying, 'Can you release your stand-up special this way? I think it'd be great if you did it,' " Ansari says. "I thought, 'Well, if that really worked and people are really behind it, why try to fight that trend?' [Louis C.K.] clearly hit a nerve with that release strategy. So I did it and as soon as I did it, the overwhelming response was, 'I'm so glad you did it, too. I hope more comedians do this.'"

Ansari has been involved in the comedy world for a long time. He acted in MTV's sketch series Human Giant, and he played the part of a xenophobic fruit vendor in HBO's Flight of the Conchords. Now, on Parks and Recreation, his character, Tom, dreams of becoming a mogul like Russell Simmons or Sean "P. Diddy" Combs.

"But he's in this really small town, and he's too scared to go to New York or L.A. to try and make that happen, so he really tries to live those dreams in the confines of this very small town," says Ansari.

A Childhood Filled With Boredom

Ansari himself grew up in a small town in South Carolina, where he says there was frequently nothing to do.

He remembers playing guitar and losing himself in bands like Led Zeppelin and Metallica during the first part of high school, when he was the only nonwhite student in the entire school. But after 10th grade, Ansari transferred to a different school — a public magnet school for students across the state interested in math and science.

"Even just meeting kids from different parts of South Carolina kind of expanded my exposure to different cultural things," he says. "So that increased my interest in different things, and then I went to New York and NYU because that of course is where everything is."

Ansari started performing stand-up while he was still a student at NYU. Rolling Stone named him as a "Hot Stand Up" choice in 2005, and then came an invitation to perform at the 2006 U.S. Comedy Arts Festival in Aspen, Colo., where he received an award for best stand-up. Much of his humor is self-deprecating.

"I play up the underconfidence ... a little bit," he says. "With stand-up, it's more interesting to hear about people's failures than their successes. You don't want to hear a story, like, 'I went up to this hot girl and everything worked out fantastic. We're dating. Everything worked out great. Good night!' ... People would be like, 'I hate that guy.' It's much more endearing to hear someone going through the same struggles we've all gone through."

It's kind of the flip side of what his rapper friends do with their personas.

"Being a rapper is about being cool, but being a comedian, you're not supposed to be the coolest guy," he says. "They understand it's a different type of thing. And those guys are super funny. They have a great sense of humor. I don't think they're like, 'Aziz isn't cool.' There's just not a self-deprecating rapper; that wouldn't work. If you're a rapper and you're like, 'I saw this girl, but I was too scared' — that doesn't work for a rapper."

I never saw an Indian person on TV unless it was like Gandhi or a James Bond movie where he goes to India or they're showing the Kwik-E-Mart guy. There was no one Indian on TV.

On Indian role models he had while growing up

"I never saw an Indian person on TV unless it was like Gandhi or a James Bond movie where he goes to India or they're showing the Kwik-E-Mart guy. There was no one Indian on TV. When I did the MTV sketch show called Human Giant around 2007, I joked around and said, 'I think I might be the first Indian person you've ever had on MTV.' And I was half-joking, but I think it may be true. I can't think of ever seeing an Indian person on MTV."

On what his parents think of his comedy

"My parents have seen me do stand-up. I did Carnegie Hall January of last year. And a few days before, I thought, 'I have to fly my parents in to see this.' ... I was a little worried that they would be offended by some of the bits. There's some pretty harsh stuff. But the positives outweigh the negatives. And after the show, they didn't say anything about the language. Someone was sitting next to my parents and saying they were laughing the whole time. They weren't getting offended. Maybe every now and then my mom put her hands in her face, but I think any mom would do that with some of the stuff I say. Stand-up comedy is a raunchy profession."

On his comedy idols

"The most influential thing was the two Chris Rock specials that came out when I was in high school. I was obsessed with that stuff. ... And then what else? Eddie Murphy's Delirious. Coming to America is still one of my favorite movies. TV shows? I feel like I didn't watch any good sitcoms until I was older. I loved Seinfeld, but I don't think I watched really good stuff till I got older. ... I have a friend Jason, and he talks about growing up and watching Freaks and Geeks and Mr. Show and Chris Eliott stuff, and that stuff just wasn't on anyone's radar in Bennettsville, S.C."