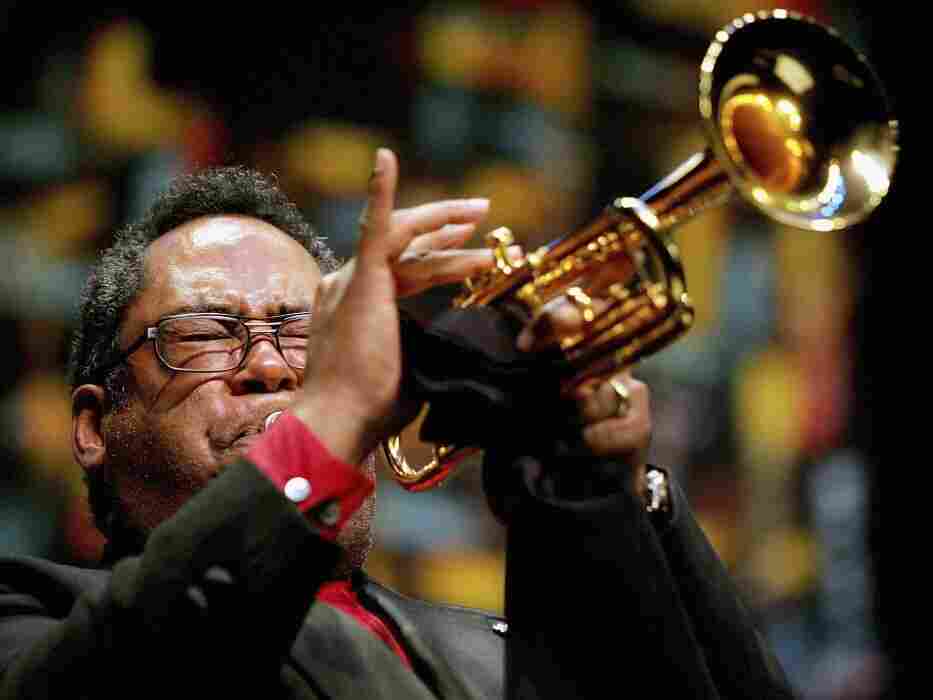 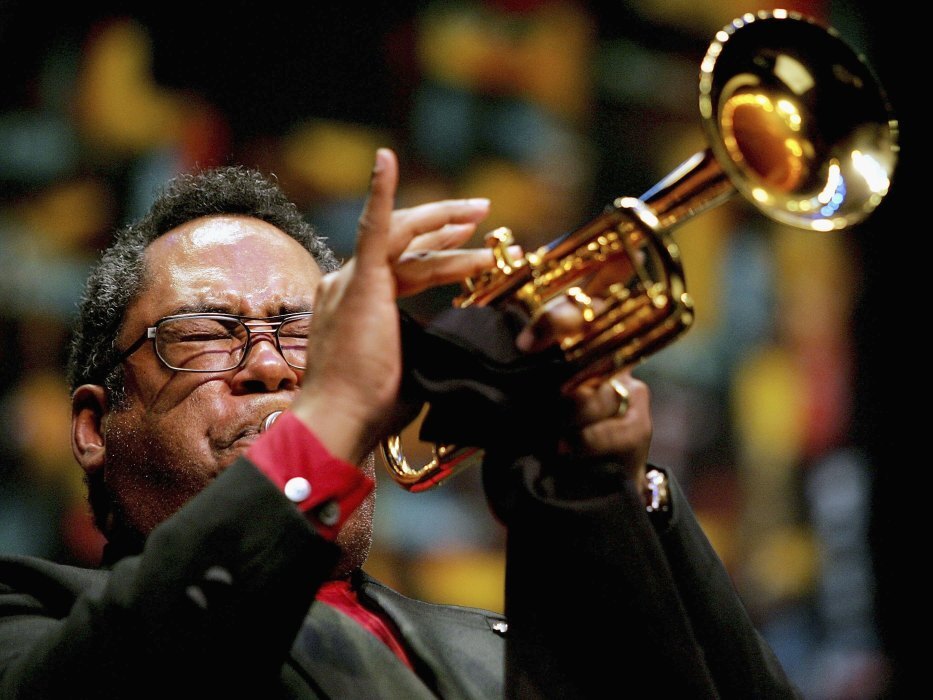 Young Jon Faddis, born in 1953, learned every note Dizzy Gillespie ever recorded. Then Faddis found Gillespie and reacquainted the older trumpeter with some of his own best work. Their relationship became a close mentorship in jazz, maybe the closest. Now, Faddis advances the Gillespie style — fast, syncopated, chromatic, teasing, conversing, climbing step by step (sometimes tacking crosswise), racing up and down the hills, having serious fun.

In 1992, as Lincoln Center was making a big move into "America's classical music," Carnegie Hall created its own jazz band. Producer George Wein selected Faddis as musical director. New takes on big-band classics were commissioned; top Big Apple players were employed. During 10 years, the Carnegie Hall Jazz Band presented more than 40 concerts and premiered works by more than 35 different arrangers and composers. And we were there — almost all the concerts aired on JazzSet, hosted at the time by Branford Marsalis.

Almost ten years after the last concert at Carnegie Hall, the Jon Faddis Jazz Orchestra of New York reconvened at the John F. Kennedy Center in Washington, D.C. on New Year's Eve 2010 for this concert. It was an emotional night, as two great friends of the band had just died — James Moody (1925-2010) and Dr. Billy Taylor (1921-2010). Taylor had officially guided the jazz program at the Kennedy Center. As conductor, Faddis keeps his trumpet close at hand.

Trying to take the sting out of the sadness, Maestro Faddis addressed "Billy" and "Moody," imagining them and others around a festive table in a jazz lover's version of heaven. The orchestra played the ballad "Suppertime." Nnenna Freelon sang "I Thought About You," followed by a Frank Foster arrangement of "Jingle Bells." A few months later, Foster, a composer/arranger as well as a saxophonist, passed away. He arranged three pieces heard on this JazzSet.

When the live New Year's Eve broadcast of this concert was over, the band stretched out on Gillespie's "Things to Come," which leads into an impromptu "Auld Lang Syne" and a joke about a farmer and a potato. It's our web extra, with solos by Faddis' student Max Darché ("Because his family bought, like, 80 tickets"), Conrad Herwig on trombone ("Conrad is a great golfer"), Ted Rosenthal on piano ("Because his wife is here and she's a lawyer"), and on tenor, one of the CHJB originals, also in the Vanguard Jazz Orchestra, Ralph Lalama. Lalama trades phrases with fellow tenor Frank Basile.