Accessibility links
Interview: Lesley Blume, Author Of 'Let's Bring Back: The Cocktail Edition' This holiday season, instead of settling for the standard martini, historian Lesley Blume suggests you reach for a taste of bygone cocktail culture. She offers tips for picking the right antique elixir, as well as the original recipe for one of Ernest Hemingway's favorites. 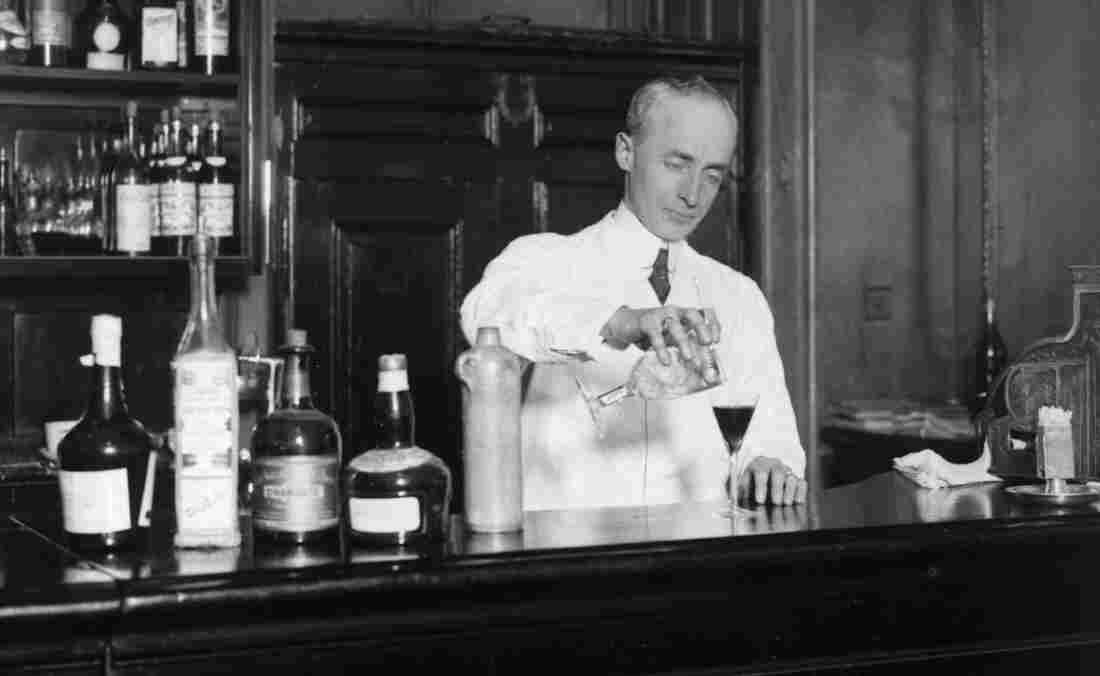 American bartender Harry Craddock mixes a drink at the Savoy Hotel in London in 1926. Craddock is known for helping to popularize the Corpse Reviver, one of the drinks featured in historian Lesley Blume's book about vintage cocktail culture. Topical Press Agency/Getty Images hide caption 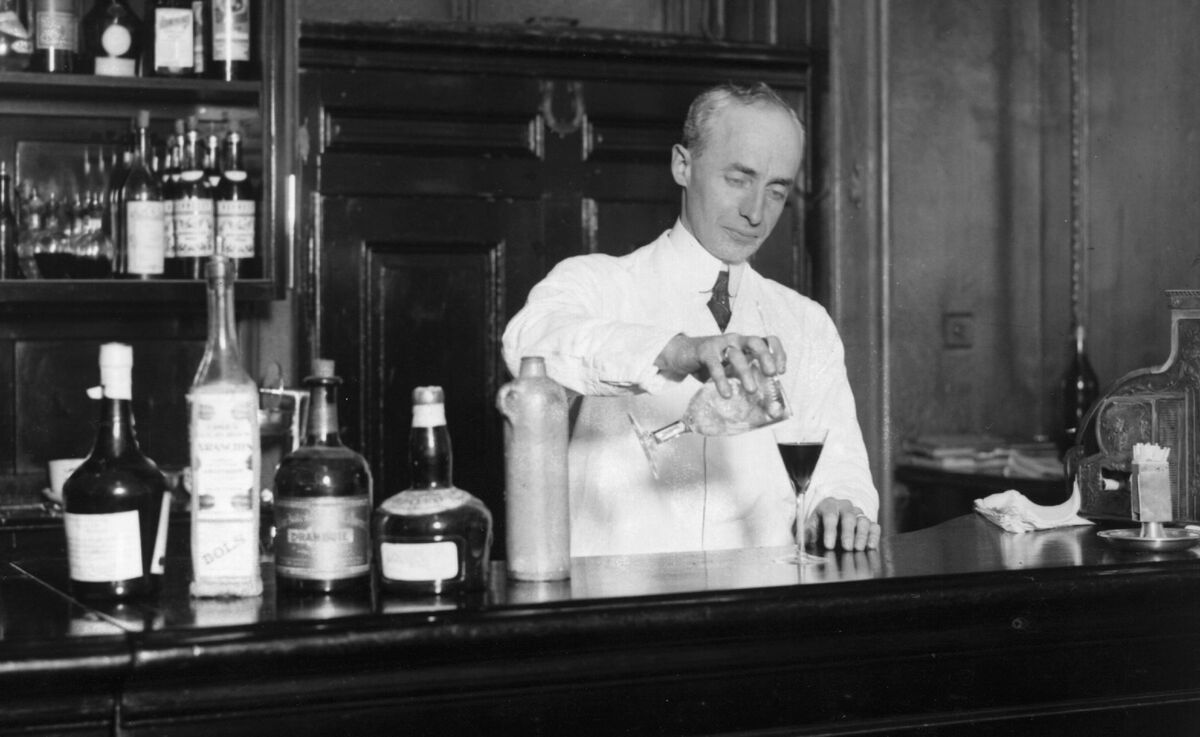 American bartender Harry Craddock mixes a drink at the Savoy Hotel in London in 1926. Craddock is known for helping to popularize the Corpse Reviver, one of the drinks featured in historian Lesley Blume's book about vintage cocktail culture. 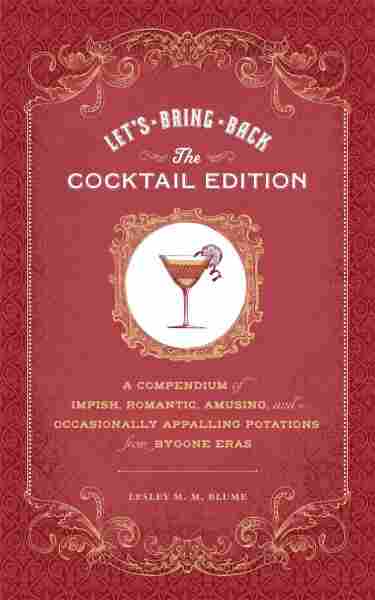 Let's Bring Back: The Cocktail Edition

A Compendium Of Impish, Romantic, Amusing, And Occasionally Appalling Potations From Bygone Eras

It's the holiday season and for some people that means celebrating with friends, family and cocktails. But instead of settling for the standard martini or Manhattan, author and historian Lesley Blume suggests you reach for a taste of bygone cocktail culture.

In Let's Bring Back: The Cocktail Edition, Blume outlines more than 100 lesser-known oldies that are both delicious and delightful. She joins NPR's David Greene to discuss cocktail history and how to make vintage recipes part of a modern-day party.

On the impishness and occasional gravitas of bygone cocktail culture

"One of the things I uncovered was how mischievous and amusing a lot of cocktail history was. And I feel like a lot of contemporary cocktail culture has gotten a bit self-serious, and one of the things that resonated with me was how unself-serious cocktail culture was in bygone eras. So I would say 99 percent of the cocktails that we selected for this book really are impish and outrageous, and they're portals into social history from times gone by.

"... Some bartenders were famous for a particular kind of gravitas, like the original father of mixology who was known as Professor Jerry Thomas, although ... it's never been confirmed that he held any kind of advanced degree. He was a serious bartender in the age of whiskey slingers and the 1800s in San Francisco. And he had a starched white shirt with diamond cuff links and a silver bar set which he toured in Europe with. And he really elevated the art of mixology. But, you know, for the most part I'm finding that a lot of bartenders from times gone by, they were determined to create really delicious drinks, but there was a culture of hilarity that surrounded drink making in bygone eras and I really wanted to celebrate that in this book."

Stir with ice, strain into a chilled cocktail glass, and serve with list of wishes to be granted.

"[Death in the Afternoon] was supposedly a Hemingway invention which he named after his famous book about bullfighting. And in a recipe drafted by the famous author, he instructs readers to 'Pour one jigger of absinthe into a Champagne glass. Add iced Champagne until it attains the proper opalescent milkiness.' And then he adds, 'Drink three to five of these slowly.' So you can see why these drinks were called Death in the Afternoon; I mean, three to five of these drinks would likely do most of us modern drinkers in."

On picking the right vintage cocktail for your next party

"There are a couple different ways to go about it. So, perhaps you pick a theme. So like for Halloween, for example, maybe you pick the Corpse Reviver or the Zombie Punch. Or maybe you tailor the drink to the guest of honor ... in an amusing way. So let's say you're throwing a bridal shower, why not serve the Demure Maiden's Blush cocktail? And then, you know, for the holidays, I love the idea of reviving the Gin Fizz. A very basic version of the Gin Fizz contains gin, simple syrup (which is sugar water), lemon juice and egg white. You shake it with ice and then you pour it into a champagne coupe or a cocktail glass, and you top it off with seltzer. It's really effervescent and velvety. Except for the holidays I recommend that you top it off with champagne instead of seltzer, and then that officially changes the category of Gin Fizz to a Diamond Fizz. And you know, what could be more glamorous or celebratory than a Diamond Fizz?"

On how to present a vintage cocktail 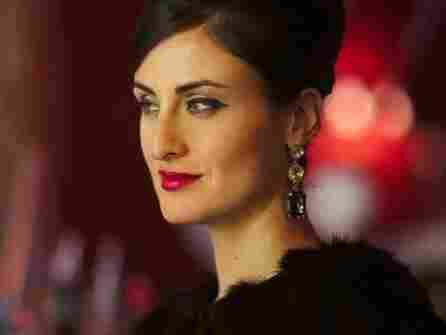 Lesley M. M. Blume is an author, journalist and cultural observer based in New York City. Her work has appeared in Vogue, Vanity Fair and Slate. Chronicle Books hide caption 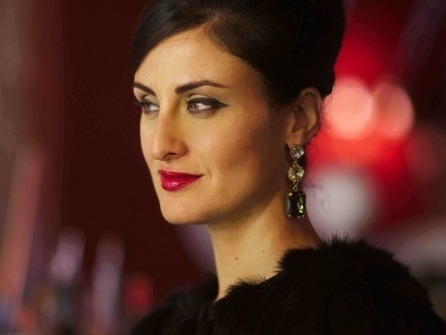 Lesley M. M. Blume is an author, journalist and cultural observer based in New York City. Her work has appeared in Vogue, Vanity Fair and Slate.

"I'm looking at everything through sort of a vintage prism, so one of the things I really love about vintage cocktail culture was that there was often an element of high presentation involved. Like, vintage barware and glassware often got so creative and so delightful. You can find it really easily at garage sales or eBay today. It's really fun to serve vintage cocktails in vintage glassware. And you know, back in the day there was a great fanfare involved with serving cocktails. You know, so for me the old-fashioned champagne tower, for instance, makes that point really nicely.

"... Popular in the 1920s, these towers were basically a pyramid of champagne coupe glasses — you know, the round glasses as opposed to the flutes — and champagne was poured into the top glass and it trickled down into all the glasses below. So instead of being handed a common old flute of champagne by a sullen waiter when you walk into the room, you got to prance up to this tower and you pluck a coupe of champagne off of this golden, glimmering affair."

Read an excerpt of Let's Bring Back: The Cocktail Edition