Accessibility links
A Showdown In Italy Over A Polluting Steel Plant The city of Taranto is heavily dependent on a steel plant, the largest in Europe, which provides some 20,000 jobs. A court has ordered a partial shutdown because the factory spews carcinogens into the air, but the government has rejected the court's ruling, saying the economy needs the jobs. 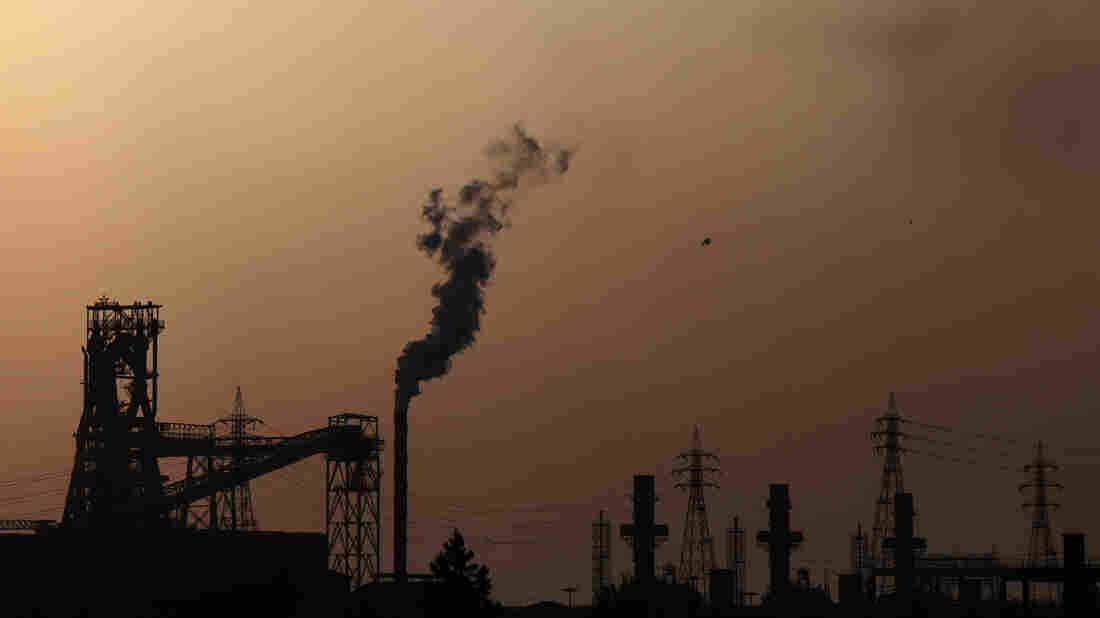 The ILVA steel plant in Taranto, Italy, provides some 20,000 badly needed jobs in a country with a weak economy. But it also spews carcinogens. A court has ordered a partial shutdown, which the government has rejected. Yara Nardi/Reuters /Landov hide caption 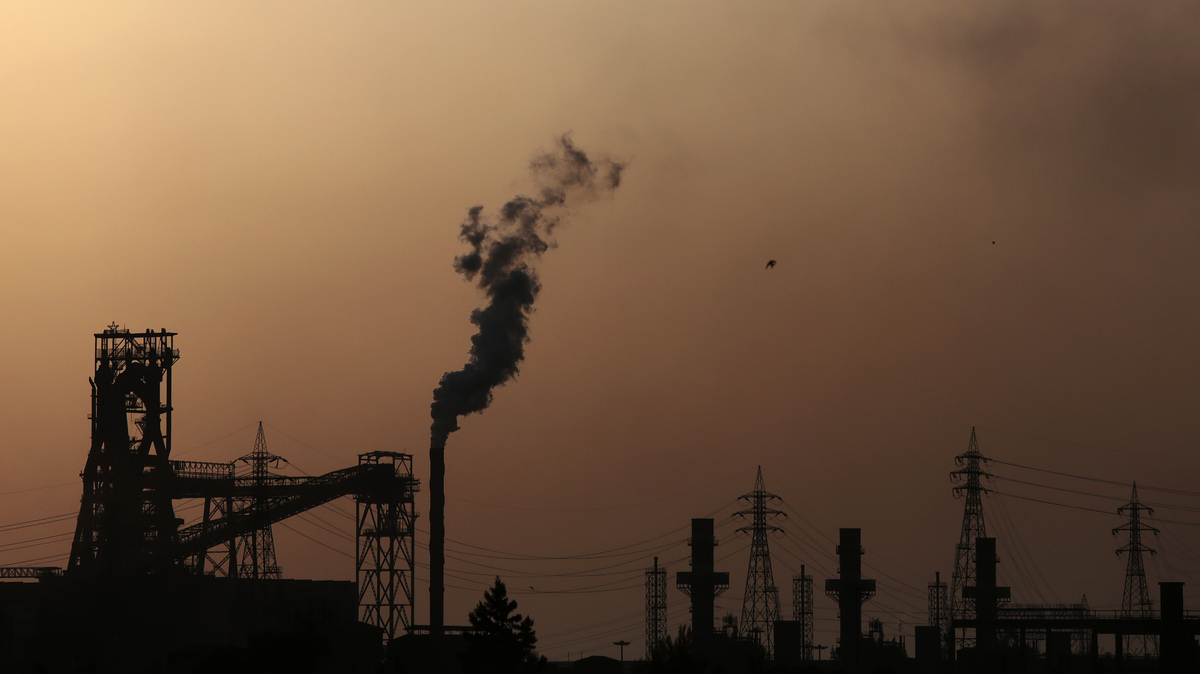 The ILVA steel plant in Taranto, Italy, provides some 20,000 badly needed jobs in a country with a weak economy. But it also spews carcinogens. A court has ordered a partial shutdown, which the government has rejected.

In an effort to safeguard some 20,000 jobs at a time of rising unemployment,
the Italian government has taken an unprecedented step. It has reversed a court order that called for the partial shutdown of Europe's biggest steel plant because it spews cancer-producing dioxins.

The ILVA steel factory in the southern port city of Taranto pits the government versus the judiciary in a battle over health issues and the need for economic revival.

Taranto's skyline is dotted with giant cranes and the red-and-white striped smokestacks of the plant, which belches dark clouds of polluting smoke for miles around.

Outside the port, some 30 cargo ships have been at anchor for weeks, waiting to load ILVA's court-impounded products.

Workers' representative Antonello Piccolo says trade unions have above all defended job security. He's worried about the court ruling's possible repercussions. "The court's insistence on a shutdown could leave 20,000 people jobless," he says. "And the government knows it would have grave consequences for the entire economy."

In July, a court ordered the plant's partial shutdown and the arrests of seven managers, including owner Emilio Riva, on charges they are causing an environmental disaster. An international arrest warrant was also issued for his son Fabio, who is believed to be in London.

But the government reversed the shutdown order, saying that ILVA is of strategic importance and that its closure would have a ripple effect on other steel plants and drain more than $10 billion annually nationwide.

While the judicial showdown continues, Taranto's air is heavy with the smell and taste of metal.

But until recently, there was little awareness of the acute health hazards caused by the plant, which is the main employer in a region with 14 percent unemployment.

Court-ordered medical tests revealed high levels of carcinogenic particles — including dioxins and PCBs in the air and soil. A municipal ordinance bans children from playing on dirt lots.

Dr. Patrizio Mazza, head of the hematology department at Taranto Hospital, has long been raising the alarm about the city's high cancer rates.

I know I'm putting dioxin on our dinner table, but this is our dilemma. They've poisoned our air, our land and our sea. If I start throwing out mussels, I have to throw out milk, cheese and lettuce. The poison is everywhere."

Francesco Magni, a retired steelworker, on the pollution caused by the ILVA steel plant

When the 3 p.m. shift ends, workers pour out of the plant gates. One worker says, "it's all media hype, everything's OK as long as we have jobs."

But another worker who gives just his first name, Oronzo, is not so sure.

"We're all afraid of losing jobs, but we're also afraid of living in an unhealthy city," he says. "I have one son, and I'm scared at the idea of having any more."

Buildings in the nearby Tamburi neighborhood are covered with brown mineral dust blown from nearby slag heaps and smokestacks.

On very windy days, women say, their children's faces seem to sparkle with the particles that come from the plant and attach themselves to the kids.

A Dilemma For Residents

People here say nearly everyone has at least one relative who died of cancer in recent years.

Retired ILVA worker Francesco Magni has just come from the fish market with a plastic bag filled with mussels, the local staple.

"I know I'm putting dioxin on our dinner table, but this is our dilemma. They've poisoned our air, our land and our sea," Magni says. "If I start throwing out mussels, I have to throw out milk, cheese and lettuce. The poison is everywhere."

One mile from the smokestacks, the Zitarella organic sheep farm is all but abandoned. Even the sheepdogs don't have much to do anymore.

Farmer Vincenzo Fornaro was convinced he was raising healthy animals until tests taken in 2008 showed his sheep had dioxin levels 30 times above the legal limit.

His herd of more than 1,000 sheep was slaughtered, and livestock is now banned from grazing for a radius of 12 miles. At least 1,000 farm workers in the area have lost their jobs.

The silence at the farm is broken by the constant hum of ILVA's blasting furnaces. Fornaro, 42, has had a kidney removed because it had a tumor, and his mother died of cancer.

"I was convinced I lived in paradise," he says. "Now I know it isn't so. For my generation the damage has been done; our battle is to try to ensure a better future for the next generations."

But high school teacher Alessandro Marescotti says it won't be easy to wean the population away from Taranto's long-dominant employer.

"When I tell my students that Taranto was a flourishing city in the third century B.C., they ask, 'How could it survive without the ILVA steel plant?' " Marescotti says.

This company has fostered total dependency; the population has no sense of possible alternatives.

Taranto judges will challenge the government's decision to keep ILVA operational. They say openly that management is using job blackmail to avoid a shutdown and they don't believe the company will comply with government demands for a $4 billion environmental cleanup.