Accessibility links
An Abundance Of Extreme Weather Has Many On Edge It was the warmest year on record and brought a series of extreme weather events, from wildfires and floods to drought and a devastating derecho. Polls show a big jump this year in the number of people connecting such disasters with climate change.

"I don't want to say I freaked out about it, but holy crap, it scared me," she says. It packed winds up to 90 miles per hour and nonstop lightning, which Andrews says looked like some wild disco display in the sky.

"I've never seen anything like that," she says. "I sat there on the couch thinking, 'Oh my God, we're all gonna die!' "

Andrews says the derecho, combined with the year's unrelenting series of disasters, has instilled in her a new and visceral fear of the weather. And she's not alone.

"People begin to see that pattern and are starting to say, 'Whoa. Could all these be connected? Is this something to do with climate change?' " says Anthony Leiserowitz, who directs the Yale Project on Climate Change Communication.

Leiserowitz says we've actually been through two years of record-breaking weather disasters, 25 events in all which have cost at least $1 billion each in damage. And 2012 was the warmest year on record. In September, he found that 70 percent of Americans said global warming is affecting extreme weather events today. That's a big jump from earlier this year, and the survey was done before Superstorm Sandy. Scientists don't yet know the role climate change has played in these record-breaking events, but much of the public isn't waiting for such answers.

"As people experience more and more of these," Leiserowitz says, "they are taking individual actions and making individual decisions to try to protect themselves against these kinds of hazards." 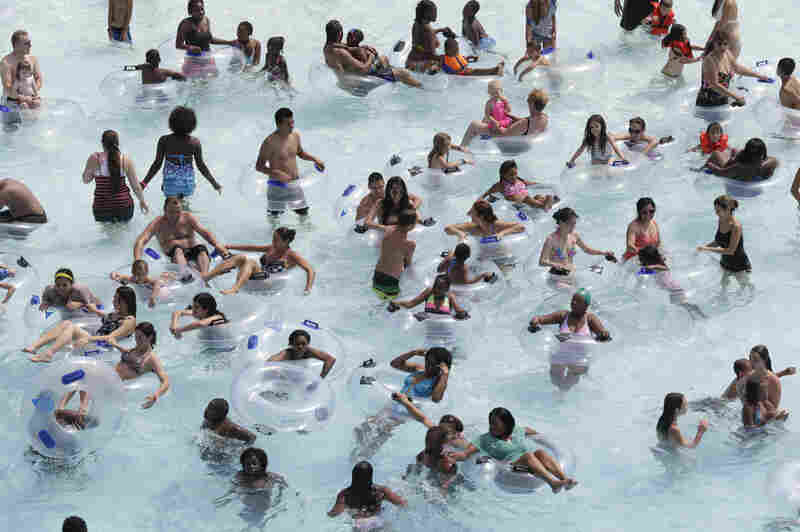 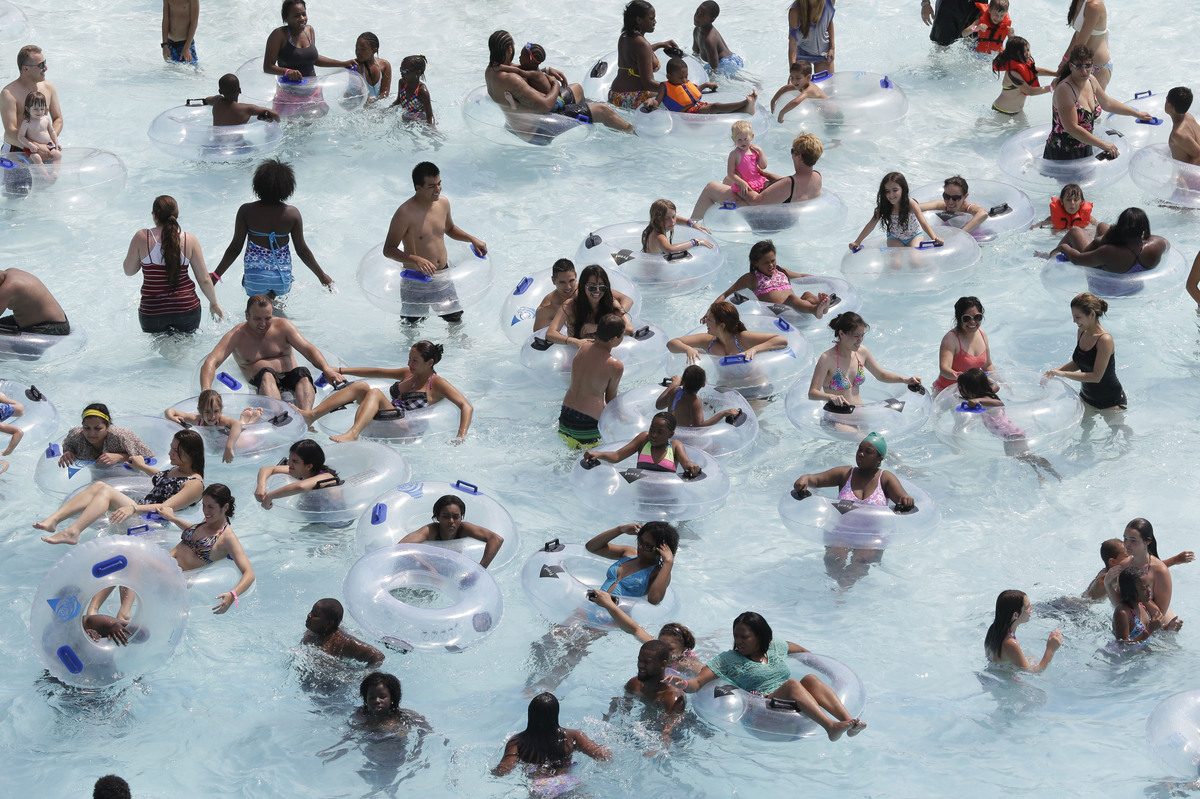 Worry For The Future

"We're searching for other things that we could grow as an alternative crop," says Tom Cooper, of Rocky Top Farms. He grows cherries in Northern Michigan, but this year's crazy hot spring wiped him out.

"Probably the worst crop in the history, as far as my knowledge is," he says. "You couldn't have found 1 pound of tart cherries in the whole orchard."

Cooper says the weather has become so unpredictable, he doesn't know if the region that calls itself the Cherry Capital of the World will still be for long. "It was always my dream for my son and daughter-in-law to take over the farm," he says, "and for the grandkids to have a place in the future, if they wanted it. And I worry about that now, because of the weather effect. What are they gonna grow?"

'Trapped In Our Own Home'

Tiffany Hudok and her family rode out this summer's searing heat in St. Louis.

"We were trapped in our own home, basically," she says with a sigh.

She says even the water in the neighbor's pool was 85 degrees, which hardly counts as cooling off. When her husband got a job offer in her hometown, Kalamazoo, Mich., Hudok says, there were many reasons to move. But "we really did think, 'Where would be the best place to be if climate change really gets going, and starts accelerating?' "

They moved this fall. Hudok is happy that her two young children can experience snow and that summer heat won't be as intense. But this year's record drought has lowered water levels on the Great Lakes. Hudok says she thinks about her kids in the decades to come, and worries.

We really did think, 'Where would be the best place to be if climate change really gets going, and starts accelerating?' "

Tiffany Hudok, on her husband's and her decision to relocate their family

In New Jersey, Andrews can relate. She has three grown children in their 20s. And — though it pains her to say it — she is glad they don't have their own kids yet.

"I would never tell them that," she says, "because I want to be a grandmother more than anything in the world! But the way everything's going, I don't want to worry about my grandkids. It's bad enough worrying about my kids."

Andrews is moving soon to Montana. She'll be relieved to get away from the Jersey coast, with its rising sea levels and storm surges. Maybe, she says, her children will follow her.