Accessibility links
E-Books Destroying Traditional Publishing? The Story's Not That Simple Conventional wisdom says e-books are destroying the traditional publishing business model. But the story's not that simple. For one thing, flexible pricing allows publishers to hold what amount to one-day-only sales on any given title — which means more people will discover that book. 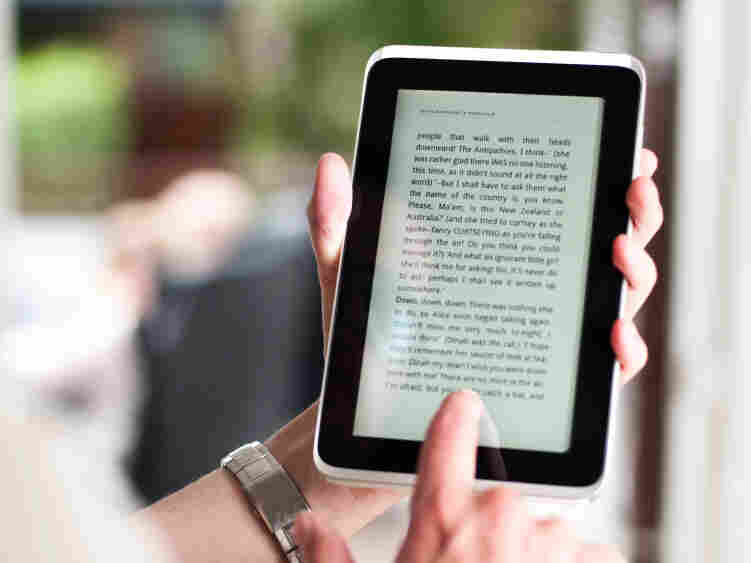 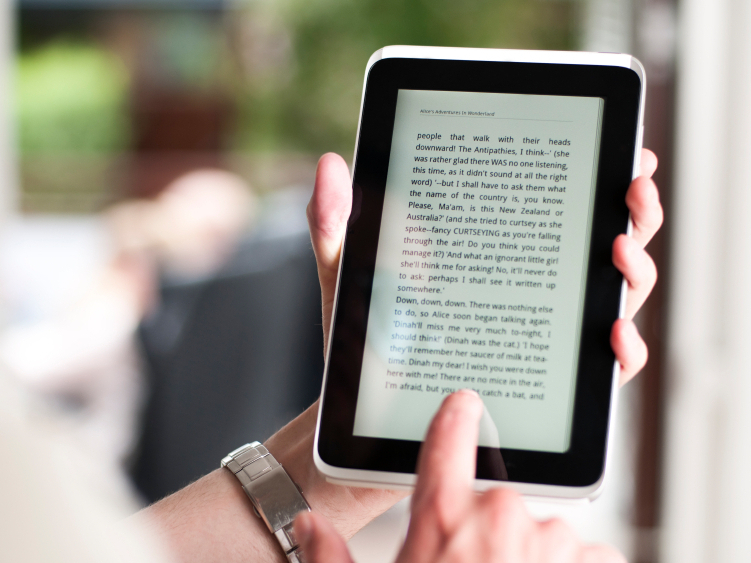 Publishers are finding that flexible pricing on e-books can help bring in new readers.

What counts as a book these days, in a world of Kindles, Nooks and iPads — and eager talk about new platforms and distribution methods?

Traditional publishers are traveling a long and confusing road into the digital future. To begin with, here's the conventional wisdom about publishing: E-books are destroying the business model.

People expect them to be cheaper than physical books, and that drives down prices. But the story's not that simple. For one thing, digital publishers have the same problem that record labels do: piracy. And there's just not the same stigma attached to pirating an e-book as there is to holding up a Barnes & Noble.

It turns out, though, that some publishers are doing pretty well despite the piracy problem. "We've had an incredible year," says Sourcebooks President Dominique Raccah. "Last year was the best year in the company's history. This year we beat that, which I didn't think was even possible." Raccah adds that her company is doing well because of digital publishing, not in spite of it. "It's been an amazing ride," she says.

It turns out there are some huge advantages — at least for publishers. A big one: The price of an e-book isn't fixed the way it is with physical books. Ten years ago, a publisher would have sent out its books to the bookstore with the price stamped on the cover. After that, it was done — the publisher couldn't put it on sale to sell more books.

"The exciting thing about digital books is that we actually get to test and price differently," Raccah says. "We can even price on a weekly basis." Once publishers have this tool, the ability to adjust prices in an instant, they can do whatever they want with that tool — like use it to get publicity. That's what Little, Brown did with presidential historian Robert Dallek's book on John F. Kennedy, An Unfinished Life.

In the middle of November, Little, Brown dropped the price from $9.99 to $2.99 for 24 hours — the digital equivalent of a one-day-only sale. "That sparks sales; it gets people talking about it," says Terry Adams, a publisher with Little, Brown. "You've just expanded the market."

Dropping the price of An Unfinished Life did get people's attention. "Here, we had an opportunity to increase the audience," Adams says. The book — originally published in 2003 — launched itself back onto the best-seller list. And because Little, Brown could raise the price again, it wasn't stuck with a money loser.

This kind of promotion leads to discovery, something that used to just happen in brick and mortar bookstores. But with fewer of those around, publishers are using price to create discovery. It's like making music available for streaming, so that someone will discover an artist and buy a record.

And speaking of music, if you read the new e-book 40 Years of Queen, you'll find it full of links. Links to iTunes, where you can buy the music you've been reading about. That's another huge advantage of e-books: Publishers can sell you things inside your book. It's still quite rare, but that's where digital publishing is headed.

But enough with the good news. There's still one big problem putting pressure on publishers (besides thieves). A problem you may have noticed, actually, just in the past day or so.

"We actually don't have a good gifting tradition yet for e-books," says Sourcebooks' Raccah. Despite all the advances in reading technology, physical books are still the best Christmas presents.