Accessibility links
For Veterans, The Wait For Disability Claims Grows Longer The Department of Veterans Affairs wanted to reduce a backlog in veterans' claims for disability benefits. Instead, the problem has worsened this year, in part, the VA says, because the department made it easier for more vets to file claims. 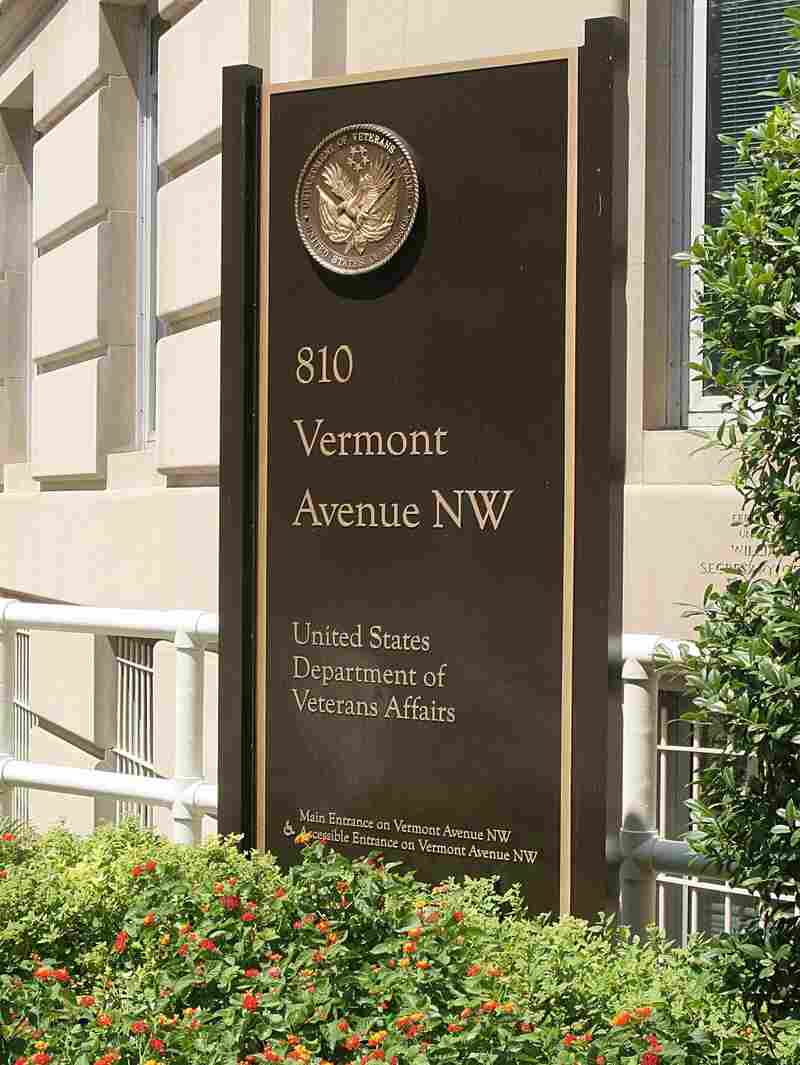 The U.S. Department of Veterans Affairs began the year with a promise to cut wait times disability benefits claims. Instead, the backlog of pending claims has worsened. Karen Bleier/Getty Images hide caption 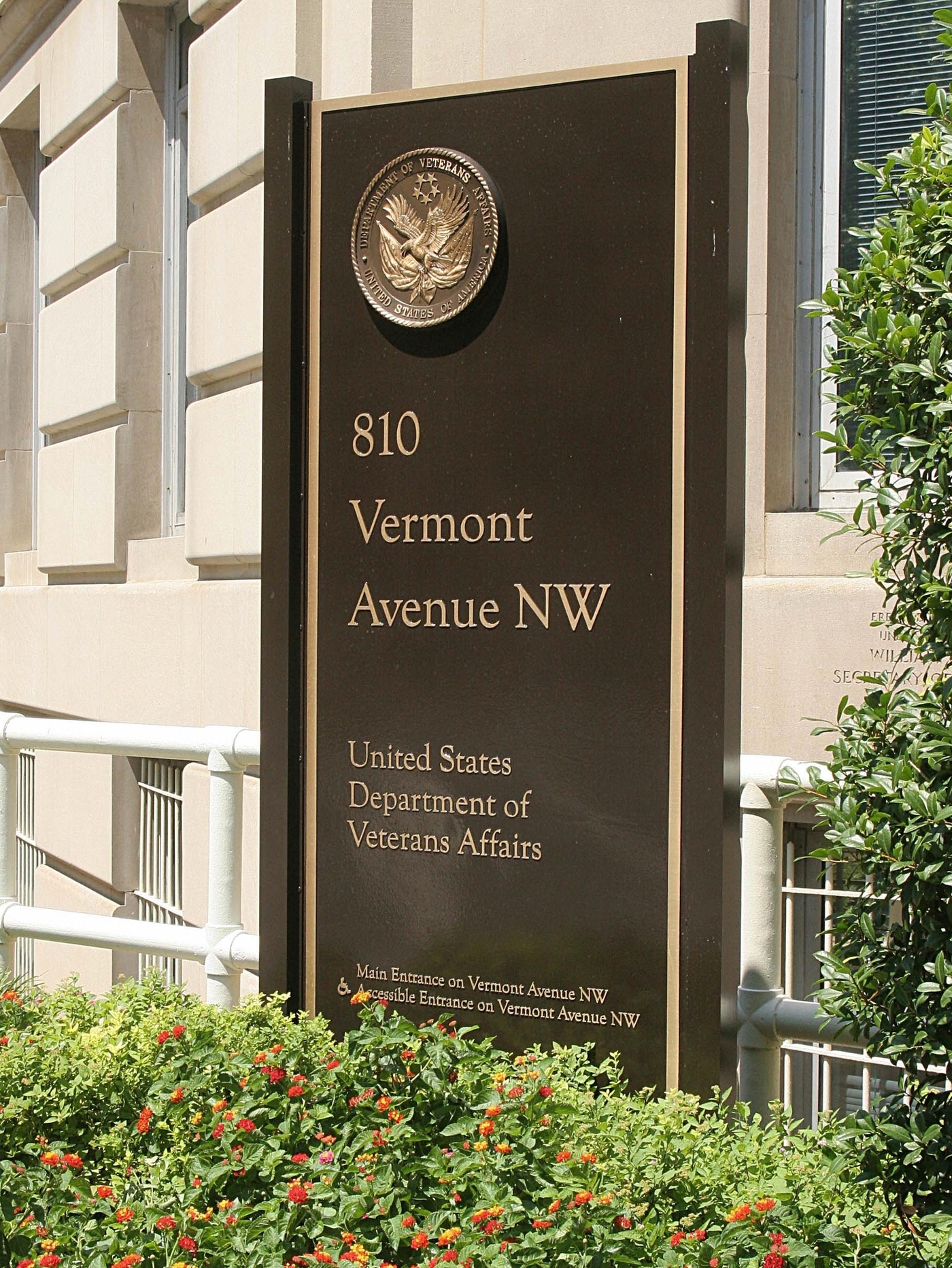 The U.S. Department of Veterans Affairs began the year with a promise to cut wait times disability benefits claims. Instead, the backlog of pending claims has worsened.

Kevin English served three tours as a Marine in Iraq. When he came home to Arizona, he suffered from vicious headaches and neck pain that made it hard to keep a job. The worst day, he says, was when he found he couldn't lift a simple aluminum ladder.

"I actually got made fun of ... cause everyone knew I was a Marine," English says. "And they could tell I was struggling. They were, like, 'Damn, I thought you were supposed to be a Marine. Let's go.'"

The Department of Veterans Affairs had rated English as partially disabled, but the former Marine soon found working impossible. His wife, Lindsay Dove, helped him file a new claim in February 2011. Then they waited. And waited.

English was not alone. Hundreds of thousands of veterans who suffered injuries while serving in the military must wait many months for care and compensation. Slightly more than 863,000 people had pending compensation claims with the VA in December, according to a Dec. 17 report.

At the start of 2012, the department promised to cut into that big backlog of claims. But over the course of the year, that backlog has gotten worse, not better.

Frustrated with the wait, English's wife, Lindsay Dove, went on YouTube with her husband's paperwork in September. The video, titled, "The VA Does Not Care," became popular among veterans.

Lindsay Dove went to YouTube to voice her frustration over the wait on her husband's disability claim.

When English filed his claim, Dove says, "my baby was six weeks old. My child is almost 2 now ... This is getting absolutely ridiculous."

The department responded with its own video in October, expressing sympathy with veterans like English and explaining what it is doing to try to lessen wait times.

The VA backlog is decades old, and mythic in size. Politicians speak of rooms waist-high in paperwork, a building that sags under the weight of unprocessed forms.

That drove Lindsay Dove back to YouTube in November.

This problem has been decades in the making and it's going to take a few years to fix.

"We feel like the backlog is unacceptable," says Tommy Sowers, assistant secretary for public and intergovernmental affairs at the VA.

But, he says, the VA has made it easier for more veterans to qualify for benefits. By doing so, it also made the backlog longer.

The VA has also made it easier for veterans to seek benefits for traumatic brain injury.

All these changes mean the VA has been running in place. It has processed about 1 million claims a year, but more than 1 million new ones keep coming in.

Sowers says the VA will turn the corner — but not soon.

'Decades In The Making'

"I wish I could give you an answer that next month we could just throw more resources at this and eliminate [the backlog]," Sowers says. "We can't. This problem has been decades in the making and it's going to take a few years to fix."

The fixes mostly involve changing from a paper system to an electronic one. VA officials say to watch for improvements in 2014, and for the backlog to be eliminated in 2015.

But that's no comfort to Kevin English. His wife, Linsday Dove, says she worries that many vets don't have someone like her to fight the VA for them.

"My thing is, Kevin has me, and I'm advocating and I'm fighting for him," Dove says. "He gave up a long time ago."

Dove used her own private health insurance to get English surgery for his neck. Then, just after Thanksgiving, the VA came through with a ruling — almost one year earlier than his latest update had indicated: 100 percent disability benefits.

Dove says the VA won't tell her if the decision had anything to do with her YouTube videos.