Accessibility links
Gerard Depardieu's Tax Flight Stirs Fierce Debate In France The film actor is moving to neighboring Belgium to avoid a new 75 percent tax on the superwealthy. This has touched off a war of words with the prime minister, and the public seems deeply divided. 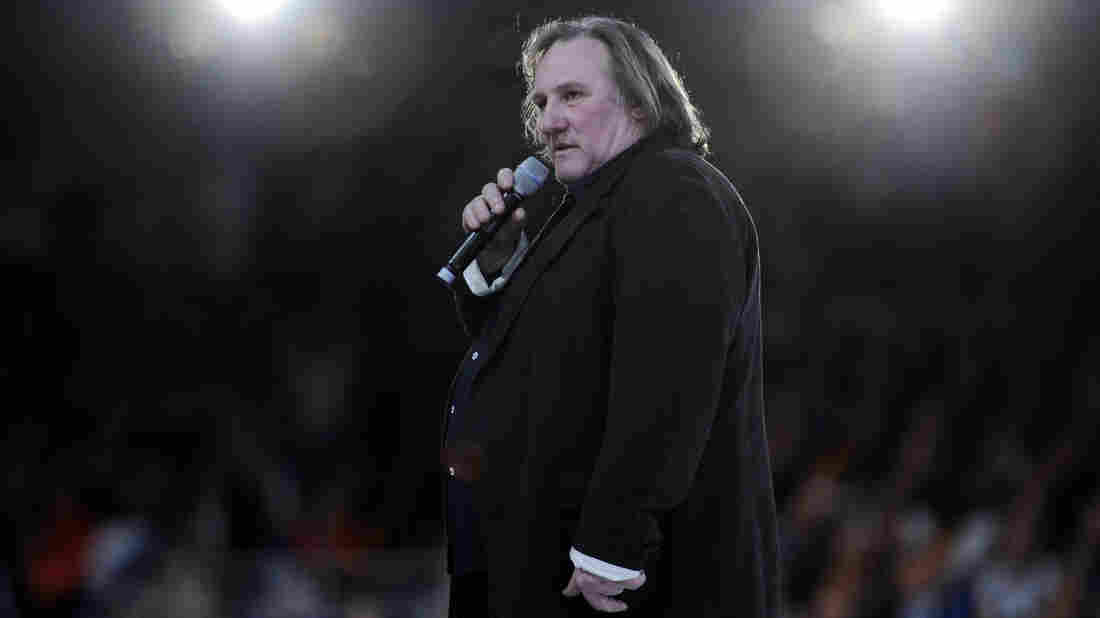 French actor Gerard Depardieu speaks outside Paris in March. He recently said he was moving to neighboring Belgium to avoid France's new top tax rate of 75 percent. The news ignited a debate in France over taxes and patriotism. Lionel Bonaventure/AFP/Getty Images hide caption 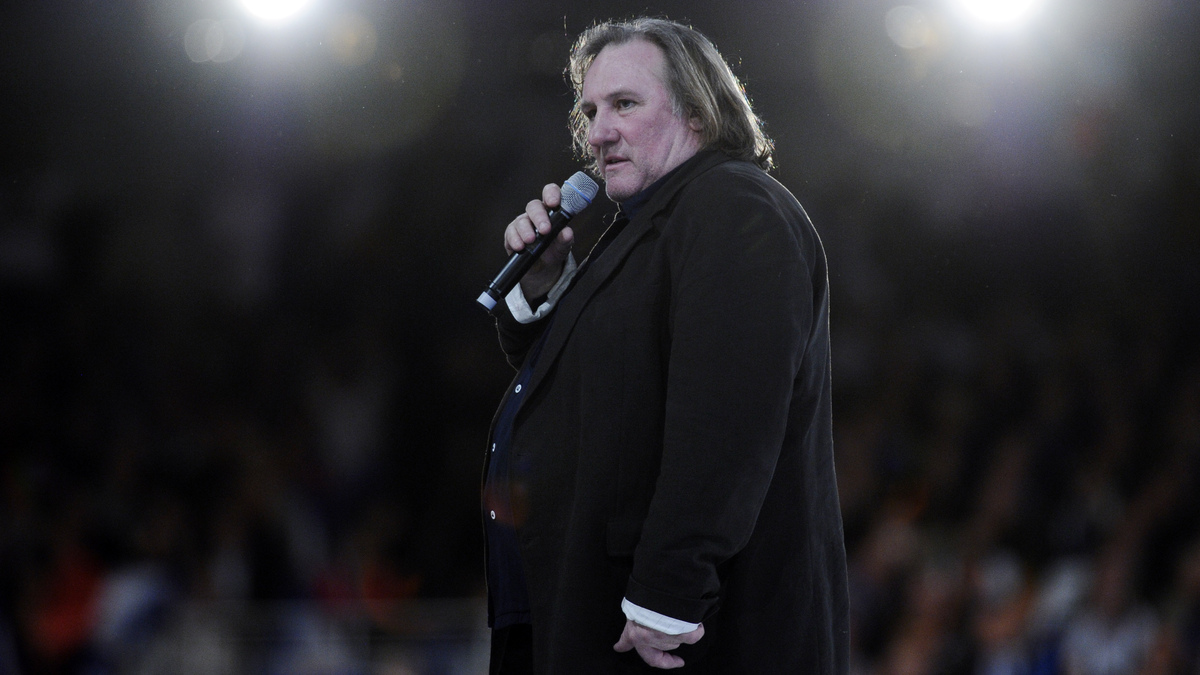 French actor Gerard Depardieu speaks outside Paris in March. He recently said he was moving to neighboring Belgium to avoid France's new top tax rate of 75 percent. The news ignited a debate in France over taxes and patriotism.

Gerard Depardieu, one of France's most iconic and beloved film stars, is now at the center of a national uproar over French taxes and patriotism.

Depardieu, who has been in around 200 films, says he's moving to Belgium to avoid paying a new 75 percent tax on the superwealthy. The move has divided the country and has focused attention on the Socialist government's controversial new tax policy.

The uproar began just before Christmas, when it came to light that Depardieu bought a home in Nechin, a drab Belgian village less than a mile over the French border. Depardieu admitted to establishing a foreign residence to escape new French tax rates.

French President Francois Hollande is counting on the rich to balance the country's budget for the first time since 1973. So Depardieu's move didn't go over well with the government.

"It's pathetic really," Prime Minister Jean Marc Ayrault said earlier this month. "Paying taxes is an act of patriotism and we're asking the rich to make a special effort here for the country."

Depardieu shot back at Ayrault in an open letter published in a major Sunday newspaper, Le Journal du Dimanche.

"I am leaving because you consider success, creativity and talent grounds for sanction," the actor wrote. Depardieu said he has paid more than $190 million in taxes over the last four decades. He said he no longer recognized his country and offered to surrender his passport if he was, indeed, so pathetic. 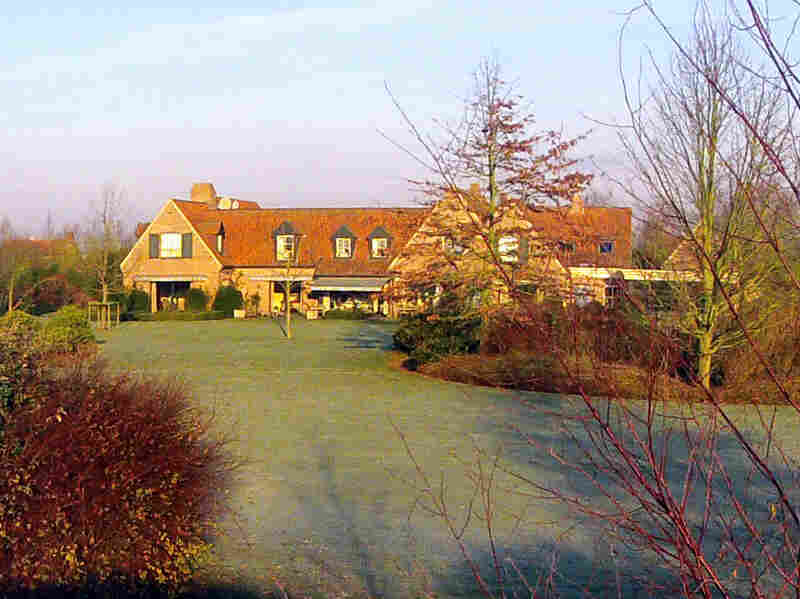 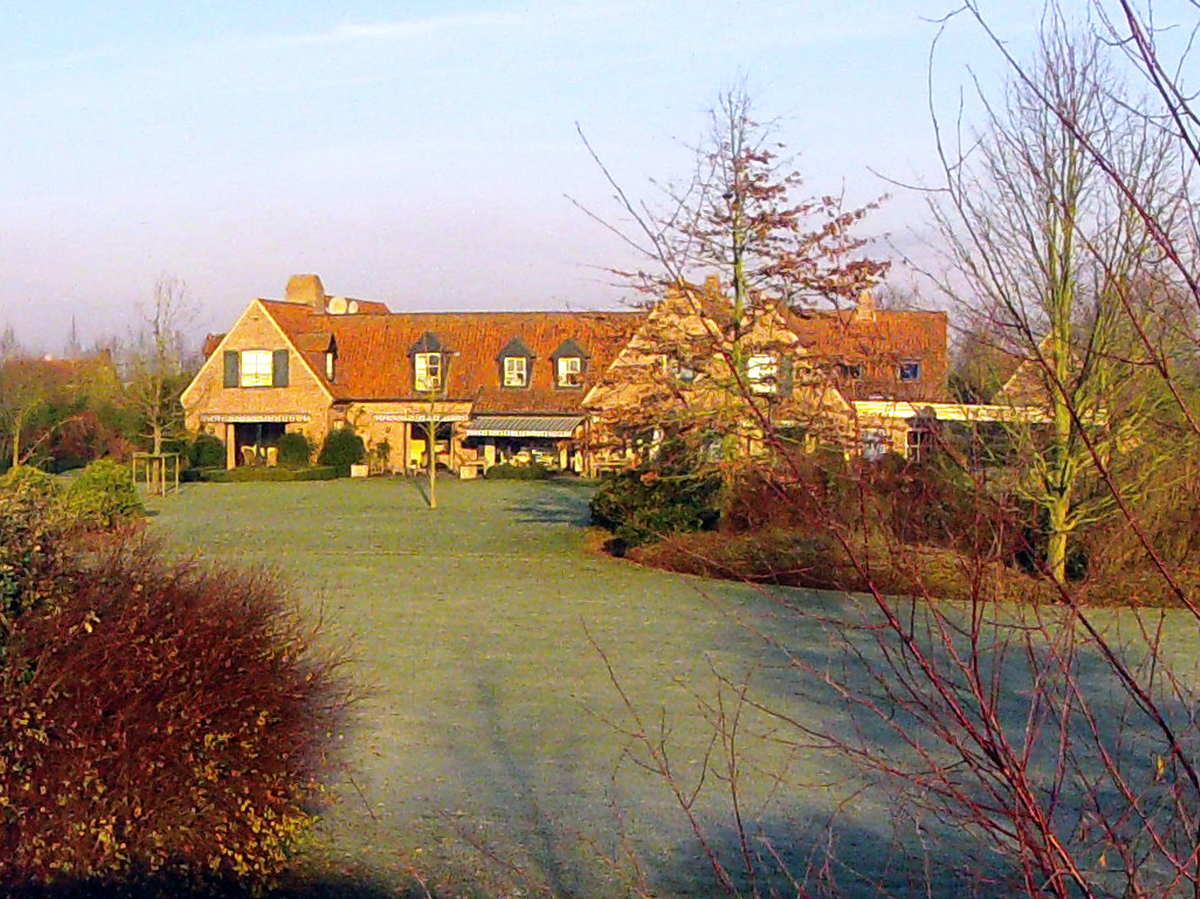 A house in the Belgian village of Nechin allegedly bought by Depardieu.

Though the prime minister said he regretted his initial choice of words, the battle lines were drawn.

The entire episode has exploded a debate over patriotism, values, equality, responsibility and paying taxes, dominating the airwaves and animating many a Christmas dinner table.

And every day, a new celebrity or politician seems to weigh in on the issue. Some accuse Depardieu of being unpatriotic and a traitor. Others call him courageous.

The gargantuan blond thespian, known for his real-life excesses, has left no one feeling noncommittal. While many disparage Depardieu's headline-grabbing, drunken antics, for others, his propensity for going overboard on good food and fine wine only makes him more lovable.

Another film icon, Catherine Deneuve, has weighed in to defend her friend and colleague. Deneuve and Depardieu have acted together in dozens of films, including the 1981 hit The Last Metro and 2010's Potiche.

In her own open letter, in the newspaper Liberation, Deneuve said the prime minister's comments were unworthy of a head of state. She called Depardieu a great actor and defended his right to do as he pleases.

"Who are you to judge," wrote Deneuve. And in a reference to the French Revolution, she added: "What would you have done in 1789, I still tremble to think of it!"

Vive La France ... And Its High Taxes On The Wealthy

This week, supermarket chain magnate Edouard Leclerc said the revolution may be over, but in France, the wealthy are still being hunted.

"Whether you like Depardieu or not is not the point," he said. "It's this government's fiscal campaign against those who make money in this country. Maybe it's not 1789, but there will be plenty of rich leaving France. And there is a frightening populism on the rise."

In France, Free Birth Control For Girls At Age 15

The heated debate has spilled over France's borders. Not only did Belgium's finance minister welcome any other French citizens who want to join Depardieu, but President Vladimir Putin offered him Russian citizenship.