Accessibility links
California Missions Undergo Upgrades To Resist Quakes Conversion these days at the state's Spanish missions isn't only about religion; it's also about seismic retrofitting. That's because the missions — which date to the late 1700s, when Spain's king sent Franciscan missionaries to convert natives to Christianity — would not withstand a major earthquake. 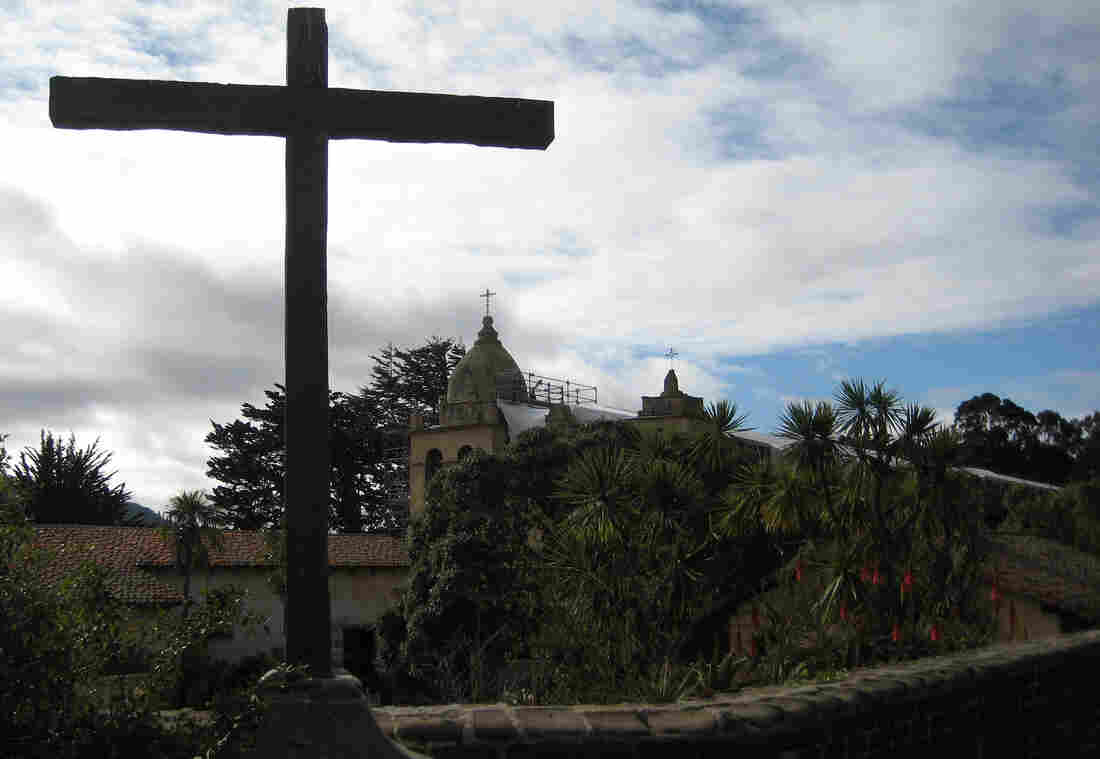 Scaffolding is seen at the basilica at a mission in Carmel, Calif., a sign of its multimillion-dollar seismic retrofit. Krista Almanzan for NPR hide caption 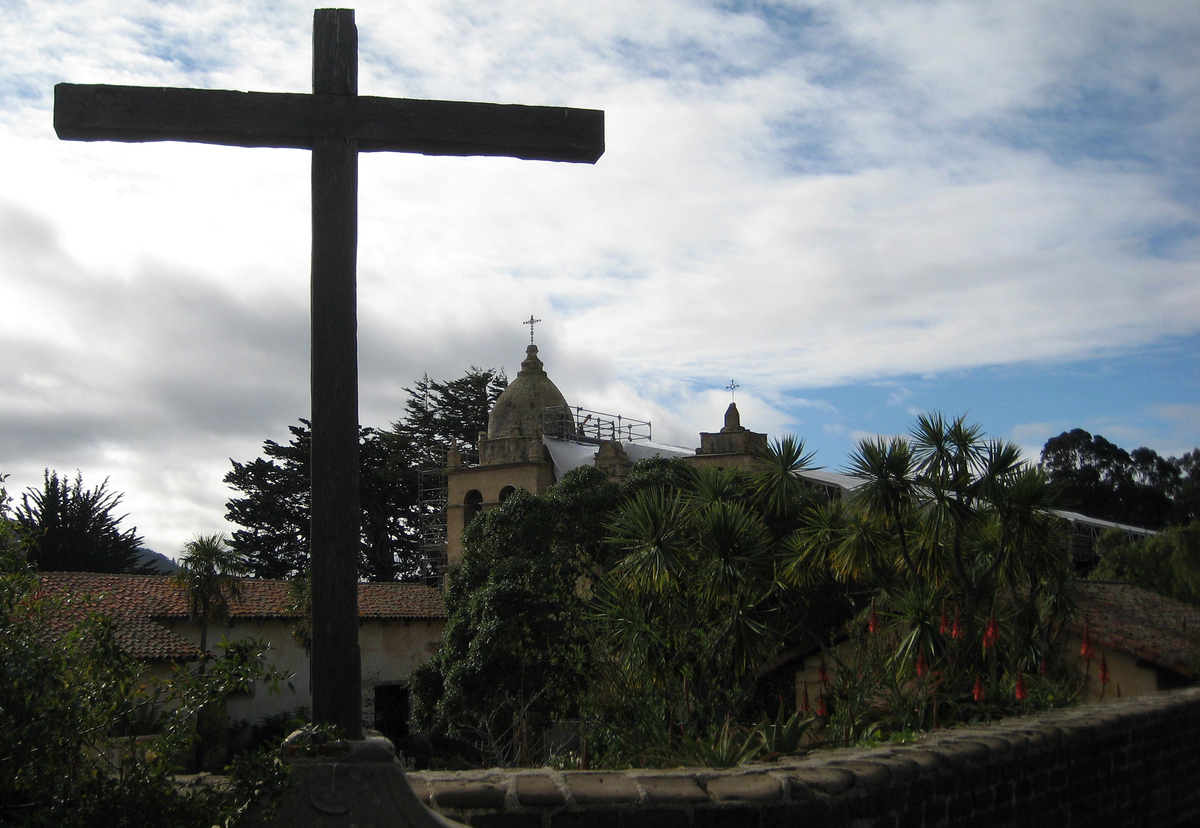 Scaffolding is seen at the basilica at a mission in Carmel, Calif., a sign of its multimillion-dollar seismic retrofit.

At California's nearly two dozen Spanish missions, conversion these days isn't just about religion; it's also about seismic retrofitting. That's because the missions — which date to the late 1700s, when Spain's king sent Franciscan missionaries to convert natives to Christianity — would not withstand a major earthquake.

At a mission in Carmel, a 220-year-old basilica is in the middle of an earthquake retrofit. Workers removed the structure's red tile roof and replaced it with scaffolding and a protective plastic.

"They're going to try to put them back in the same way that they were," says Vic Grabrian, president of the Carmel Mission Foundation. That means he's in charge of raising the money needed to restore the place. "We have to be so careful to preserve everything. When we finish the $5 million seismic retrofit, you won't be able to tell we did a thing."

The project involves drilling more than 300 vertical and horizontal holes into the 5-foot-thick walls of the basilica and inserting steel rods.

"They go all the way down into the foundation so in a sense tie all those walls together so that if there's movement the building will resist that and stay intact," says David Wessel, with the Architectural Resources Group, a historical consultant on the project. Wessel says those involved in the restoration have to pay close attention to the materials used so the mission doesn't lose its character and patina of age. For example, Wessel says, restorers have selected different types of mortars to repair cracks in the dome that sits atop the basilica and have developed a limewash to protect it from the rain and the moisture.

The last restoration on the Carmel mission ended 60 years ago. All of California's 21 missions have undergone some work, but like Carmel, most need further repairs.

Knox Mellon, the executive director of the California Missions Foundation, says part of the challenge is location. All the missions are near the coast and earthquake fault lines.

"In retrospect, they couldn't have picked a worse place — the founders — to found the missions than the path they did in some ways," Mellon says.

The foundation is working to assess the condition of each mission and how much repairs will cost. At the Carmel mission, the seismic retrofit is just the beginning of a $20 million restoration of the whole mission complex.