Accessibility links
Suicide Hotline Fights To Keep Vets And Troops Alive For the first time in a decade of war, more active-duty troops took their own lives this year than died fighting in Afghanistan. The national suicide hotline is one way the Department of Veterans Affairs is trying to help troops and vets. 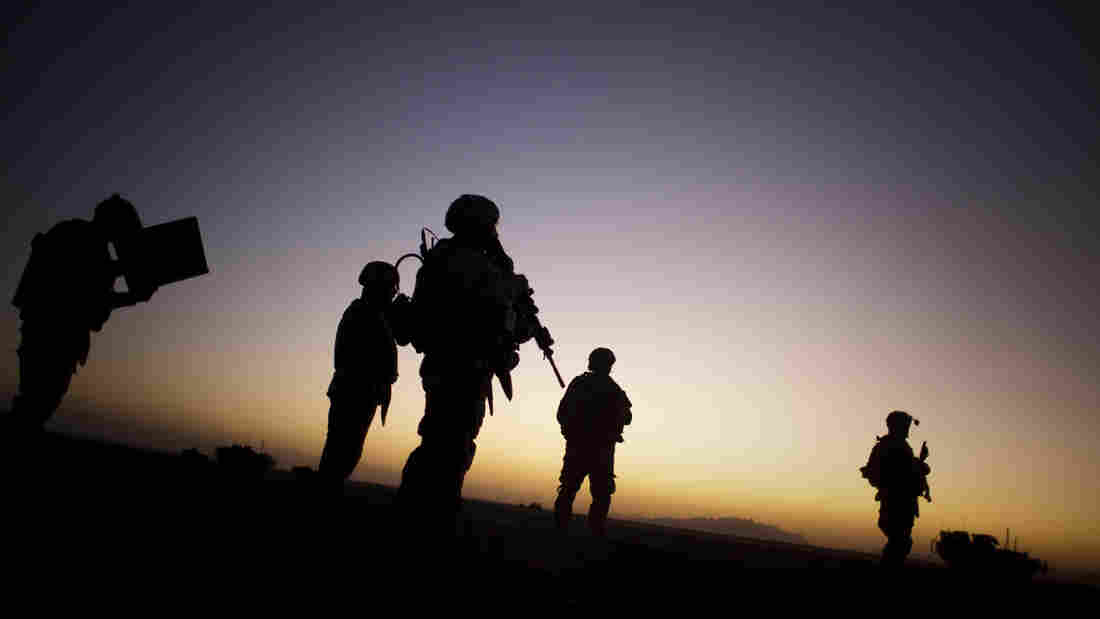 Soldiers on patrol in Afghanistan near the Pakistan border in 2009. This year, more active-duty troops died by suicide than by fighting in Afghanistan. Emilio Morenatti/AP hide caption 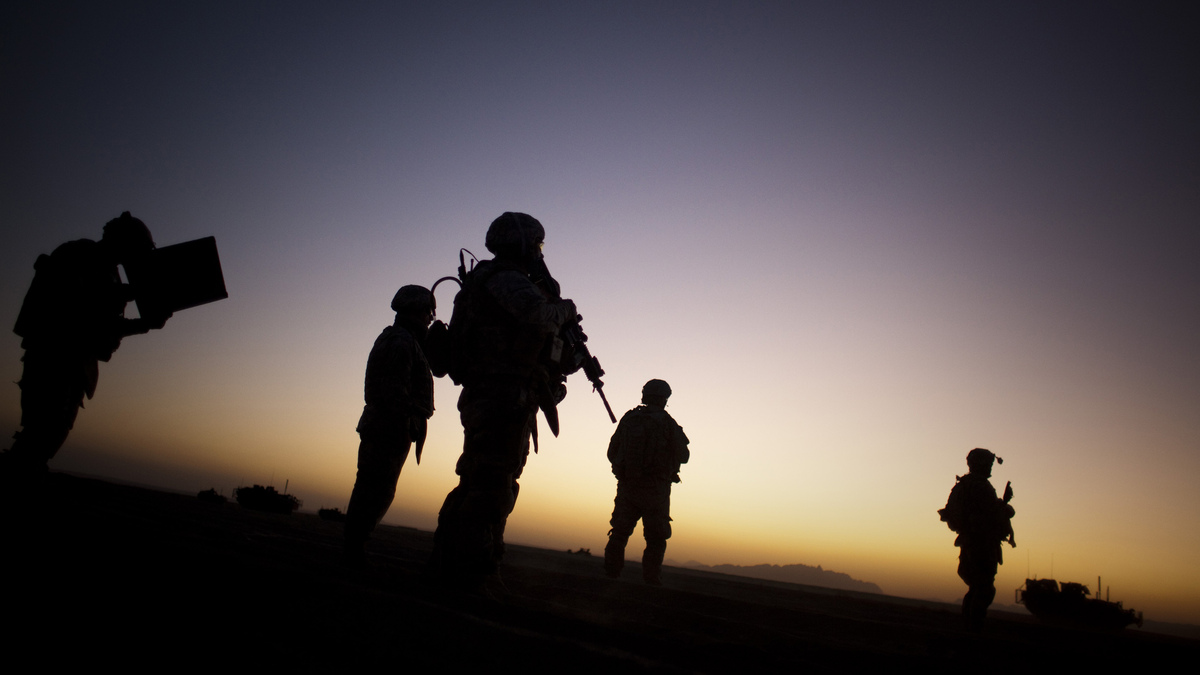 Soldiers on patrol in Afghanistan near the Pakistan border in 2009. This year, more active-duty troops died by suicide than by fighting in Afghanistan.

At a suicide prevention center in upstate New York, America's troops and veterans are calling in for help.

And that help is needed more than ever. This past year witnessed a terrible death toll from suicide. For the first time in a decade of war, more active-duty troops have taken their own lives this year than have died fighting in Afghanistan.

According to The Military Suicide Report, a blog that follows news on military suicides, 321 active-duty troops killed themselves this year. The U.S. death toll in Afghanistan this year currently stands at 309.

The suicide hotline is just one way to help them.

The Veterans Crisis Line, which is run by the Department of Veterans Affairs, gave me permission to listen in as counselors fielded calls from troops contemplating suicide.

The man on the phone says he'd be better off dead.

Katie Geller, who answered his call, is trying to convince him otherwise.

"I'm thinking about those three small children that you just told me that you love so much. And I hear you say that they might get over it, but, you know, I'm here to say that that probably won't be the case," Geller says.

We can't hear his end of the call, but the vet tells Geller he's lost his house, he's worried about his job, and he's had constant physical pain since he left the service.

The best thing he can give his kids, he says, is a life insurance payment.

"So then what?" asks Geller. "So you kill yourself. It provides for them for a little while. In the meantime, they deal with the loss of their father."

"What can we do to help you get through today, to keep yourself safe? One thing at a time," she says.

It takes her half an hour to calm him down. Then Geller looks at other ways to help, asking him if she can look at his medical record.

That's where this place becomes much more than a room full of trained listeners. It's inside the VA medical network, so Geller can access a veteran's records and try to help with every aspect of the case.

I know that you're having a tough time, but I do want you to know that if you call us, you're not going to reach a recording here, ever.

John Geller, speaking to a caller on the Veterans Crisis Line

The epidemic of military suicides is a riddle. More men than women kill themselves, more enlisted men than officers. The number started climbing in 2004, with the Iraq and Afghanistan wars in full swing — but suicide is high even among those who did not fight.

The VA has admitted problems with providing mental health care. So this year President Obama ordered measures that include doubling the staff at the Veterans Crisis Line.

The callers aren't always suicidal. Some are just down, and they need someone to answer the phone.

"I know that you're having a tough time, but I do want you to know that if you call us, you're not going to reach a recording here, ever," says John Geller, Katie's husband, who also works at the call center.

He's on the phone with a former Marine. He also served in the Marine Corps, and he works that into the conversation after a while.

Many of the responders here are veterans. In one conversation, John Geller alludes to that connection: "I guess there a reason there's two jarheads on the phone today, right?"

The setup here sometimes looks more like the headquarters on CSI than a counseling line — especially when the team gets involved in what's called "a rescue."

There's one going on down the hall.

Julianne Mullane, one of the managers, says they've been on this one case for about an hour. They're taking it seriously. The caller says she's got a plan to kill herself.

A young woman called in to the hotline and said that she'd already taken an overdose of some medication, and she was thinking of jumping from a bridge.

The team here is working to stop her. One responder keeps the caller talking on the line; but at the same time, she's typing instant messages to a colleague. Those messages include every clue about where the woman is calling from. A third person calls up the police in the woman's hometown.

Mullane says the Veterans Crisis Line has done 30,000 successful interventions across the country since 2007. But they can't save everyone. Sometimes veterans call only to say goodbye or to let the authorities know where to find their bodies, so their family won't have to.

Mullane says the team managed to guide local police to the woman's home, but she didn't want their help.

It goes on for hours.

The team gets the police to go back to her door, and they help check the young woman into the hospital. The Crisis Line team counts another successful rescue, but there's no celebration.

Everyone here realizes a lot needs to be done to prevent veterans from getting so low that they need a crisis line.

Meanwhile, the night shift arrives, and the calls keep coming in.