Accessibility links
Reading The Economic Tea Leaves For 2013 Mark Zandi of Moody's Analytics predicts a last-minute deal on the "fiscal cliff" might be an early drag on next year's economy, but by year's end, the economy will be gaining momentum. If there's no deal? "I don't even want to think about it," he says. 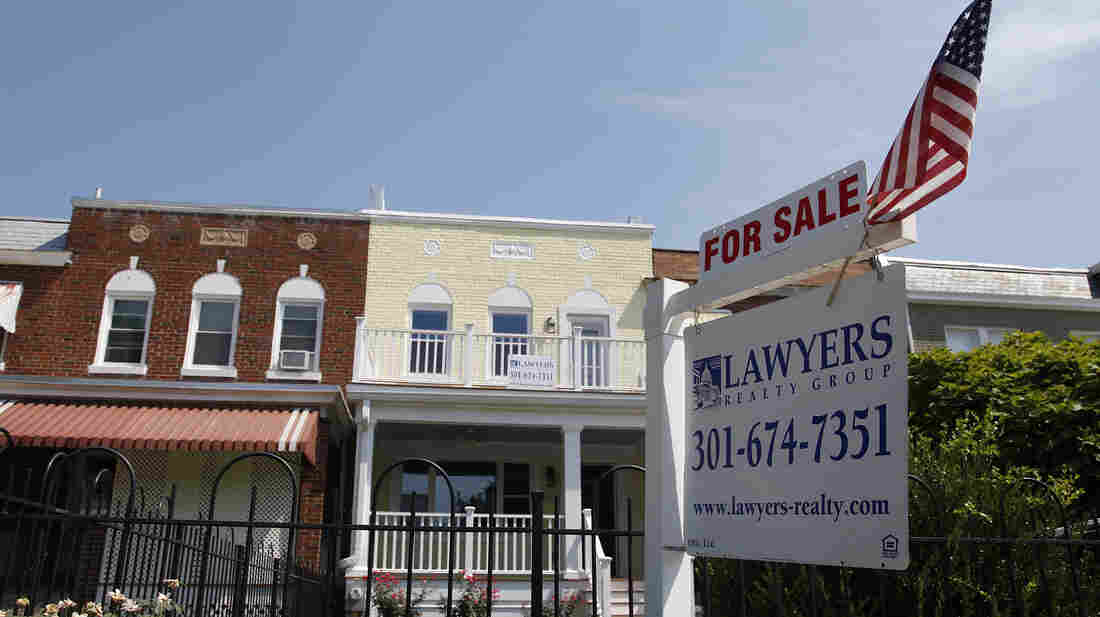 A housing revival will be key to an economic recovery in 2013, analysts say. Jonathan Ernst/Reuters /Landov hide caption 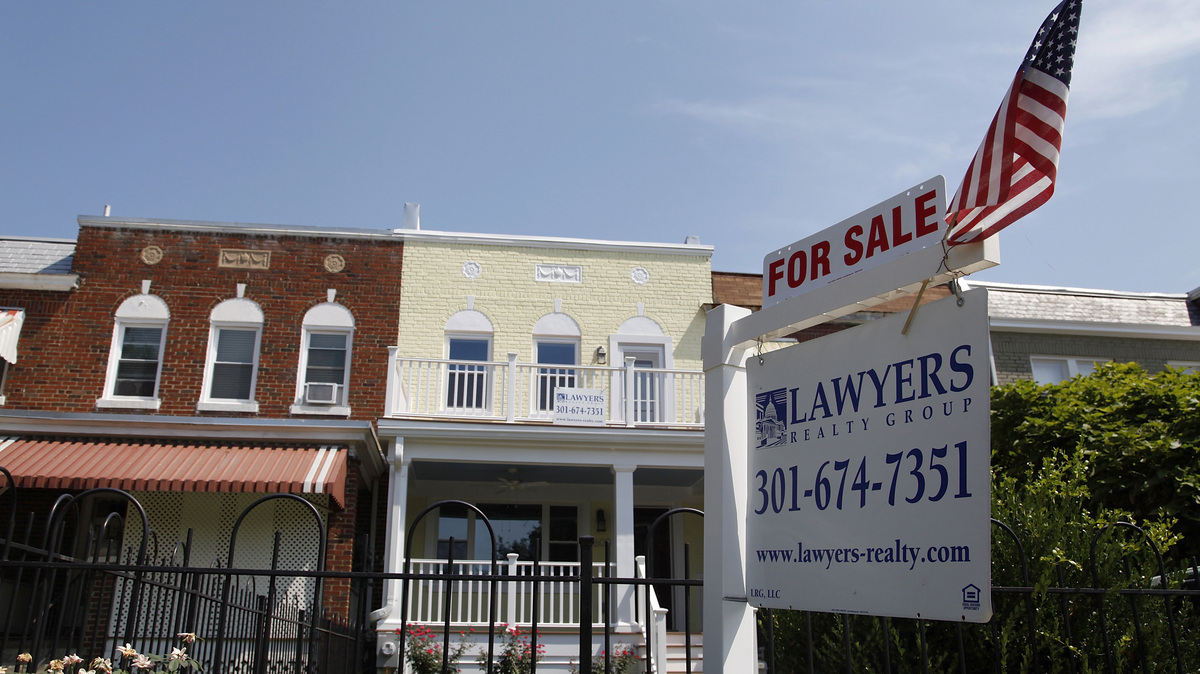 A housing revival will be key to an economic recovery in 2013, analysts say.

The U.S. economy was a bit of a disappointment in 2012. During the early months of the year, job creation was surprisingly strong, but by the end of the year, uncertainty about the election and the "fiscal cliff" slowed the economy's forward motion. So will 2013 look any better?

Mark Zandi of Moody's Analytics says that while Washington likely will steer us away from the fiscal cliff at the last minute, some elements of the deal will be a drag on the economy early in 2013.

"I think we start off slow because we will have some tax increases and some spending cuts, but I think by this time next year, the end of 2013, the economy will be gaining momentum. Housing will be kicking into gear, businesses will be hiring more, and we'll feel a lot better about things," Zandi says.

If we avoid the fiscal cliff, Zandi thinks the economy could be growing at a rate of about 3 percent by the end of 2013, an improvement from the 2 percent range of the past couple of years. And he says a housing revival will be key.

"That's been the missing link. In most economic recoveries — actually in every economic recovery since World War II — it's been a revival in the housing market that has led the economy out of recession into recovery. Obviously that's not been the case in this go-around. Housing was ground zero for our economic problems, but that's starting to shift," Zandi says.

Nariman Behravesh of IHS Global Insight agrees. He sees housing as a growth driver and rising home prices as a confidence builder for consumers.

"They're more upbeat, they feel more confident about the value of their homes and their neighborhoods and all that, so all of this is translating into fairly strong consumer spending, which as you know is 70 percent of the economy," says Behravesh.

By the end of 2013, businesses will be hiring aggressively enough that job growth will be strong enough that we'll all feel like the economy is definitively moving in the right direction.

Behravesh says another area of strength is energy production. He says oil and natural gas production in the U.S. will continue to boom.

"And it's not just energy — it's downstream industries, as it were, things like chemicals, for example," he says. As an industry, "chemicals all of a sudden have access to huge amounts of cheap natural gas, which is a big feedstock for them, and it's making the U.S. chemicals industry highly competitive, and they're adding jobs, adding facilities," he says.

The industry is producing chemicals for export for the first time in 30 years, says Behravesh.

But while the economy may gain strength in 2013, Joel Prakken of Macroeconomic Advisers in St. Louis says the unemployment rate is unlikely to fall much. The unemployment rate in November was 7.7 percent, according to the Bureau of Labor Statistics. It was 7.9 percent in October.

"Given our forecast of GDP growth next year of around 2.5 percent, we see the unemployment rate treading water — maybe coming down slightly, but still being well up into the sevens even at the end of 2013," says Prakken.

Zandi says the unemployment rate could actually go up before it comes down. But he says, by the end of 2013, the picture will brighten and monthly job creation will be in the 200,000 range after two years of being stuck at about 150,000 jobs a month.

"By the end of 2013, businesses will be hiring aggressively enough that job growth will be strong enough that we'll all feel like the economy is definitively moving in the right direction," Zandi says.

But all these economists say there are risks to this forecast even if we avoid the fiscal cliff. At the top of the list is a conflict with Iran over its nuclear program, which could lead to a sharp increase in oil prices, says Prakken.

"I can imagine, in this sort of explosive mix of tension in the Middle East, a scenario in which oil supplies are temporarily threatened and oil prices spike upward," he says.

Europe's ongoing financial crisis could also be a threat to U.S. growth in 2013. However, all of these economists believe that threat has diminished in the past months.

And if we don't avoid the fiscal cliff, Zandi says what happens next won't be pretty.

"I don't even want to think about it. I mean, unemployment will go back into the double digits. We'll label this a depression," Zandi says.

That's a more dire view than most economists have, but most predict another recession is almost certain if the fiscal cliff is not resolved.