Accessibility links
Close Out The Year With Some Best-Selling Last Words As the year comes to an end, NPR librarian Kee Malesky shares closing lines from some great novels — those last few moments spent with a story that you love.

Close Out The Year With Some Best-Selling Last Words

Close Out The Year With Some Best-Selling Last Words 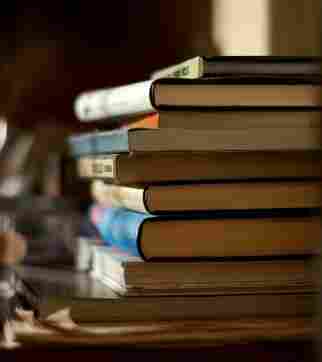 People often make lists of the greatest opening lines in fiction, but closing lines really appeal to me. They're your final moments with a book and can help you remember and treasure it forever.

The last weekend of the year seems an appropriate time to consider the final words of our favorite novels and short stories. Here are some that I'm especially fond of:

NPR librarian Kee Malesky has been dubbed "the source of all human knowledge" by NPR's Scott Simon. The author of the books All Facts Considered and Learn Something New Every Day: 365 Facts to Fulfill Your Life, she shares her adventures from the reference desk in this series called Kee Facts.

The Great Gatsby
F. Scott Fitzgerald
"So we beat on, boats against the current, borne back ceaselessly into the past."

Middlemarch
George Eliot
"But the effect of her being on those around her was incalculably diffusive, for the growing good of the world is partly dependent on unhistoric acts, and that things are not so ill with you and me as they might have been is half owing to the number who lived faithfully a hidden life and rest in unvisited tombs."

Still Life With Woodpecker
Tom Robbins
"But I can and will remind you of two of the most important facts I know: (1) Everything is part of it. (2) It's never too late to have a happy childhood."

The Good Earth
Pearl Buck
"'Rest assured, our father, rest assured. The land is not to be sold.' But over the old man's head they looked at each other and smiled."

The Dharma Bums
Jack Kerouac
"Then I added 'Blah,' with a little grin, because I knew that shack and that mountain would understand what that meant, and turned and went on down the trail back to this world."

Angela's Ashes
Frank McCourt
"I stand on the deck with the Wireless Officer looking at the lights of America twinkling. He says, 'My God, that was a lovely night, Frank. Isn't this a great country altogether?' 'Tis.'"

The Haunting of Hill House
Shirley Jackson
"Within, walls continued upright, bricks met neatly, floors were firm, and doors were sensibly shut; silence lay steadily against the wood and stone of Hill House, and whatever walked there, walked alone."

The Dead
James Joyce
"His soul swooned slowly as he heard the snow falling faintly through the universe and faintly falling, like the descent of their last end, upon all the living and the dead."

The Silence of the Lambs
Thomas Harris
"But the face on the pillow, rosy in the firelight, is certainly that of Clarice Starling, and she sleeps deeply, sweetly, in the silence of the lambs."

What last lines would you share from your favorite books? Please add yours to the comments section below.