Accessibility links
'Watch Nights,' A New Year's Celebration Of Emancipation On Dec. 31, 1862, African-Americans and abolitionists waited for word — via telegraph, newspaper or word of mouth — that the Emancipation Proclamation had been issued. A New Year's Eve tradition marks the anniversary of President Lincoln's actions to end slavery.

The National Archives is celebrating the 150th anniversary of the Emancipation Proclamation by putting the original document on display over New Year's weekend.

The institution is also hosting a series of programs, including a "Watch Night" on New Year's Eve, following a tradition dating back to 1862.

The first Watch Night was Dec. 31, 1862, as abolitionists and others waited for word — via telegraph, newspaper or word of mouth — that the Emancipation Proclamation had been issued.

"A lot of it, at least the initial Watch Night, was really many of the free black community," says Lonnie Bunch, director of the Smithsonian National Museum of African American History and Culture. Yet for a people largely held in bondage, freedom is a powerful idea — and that's what the Watch Night tradition embodies.

Bunch smiles when people talk about how they're going to stay up for the New Year "because they are celebrating the freedom of African-Americans," he says.

In Washington, D.C., Metropolitan Baptist Church has held its own Watch Night services for 35 years. The Rev. H. Beecher Hicks Jr. says this year's service will begin with praise, testimony and music.

At midnight, the congregation will pray the old year out and the new year in. As Watch Night is deeply rooted in the history of blacks in America, Hicks says, it's especially relevant at a time when the community is still struggling.

Somewhere in the service — he says he hasn't made up his mind just when yet — there will be a sermon "designed to address the progressive and regressive moves we have been through as a people." 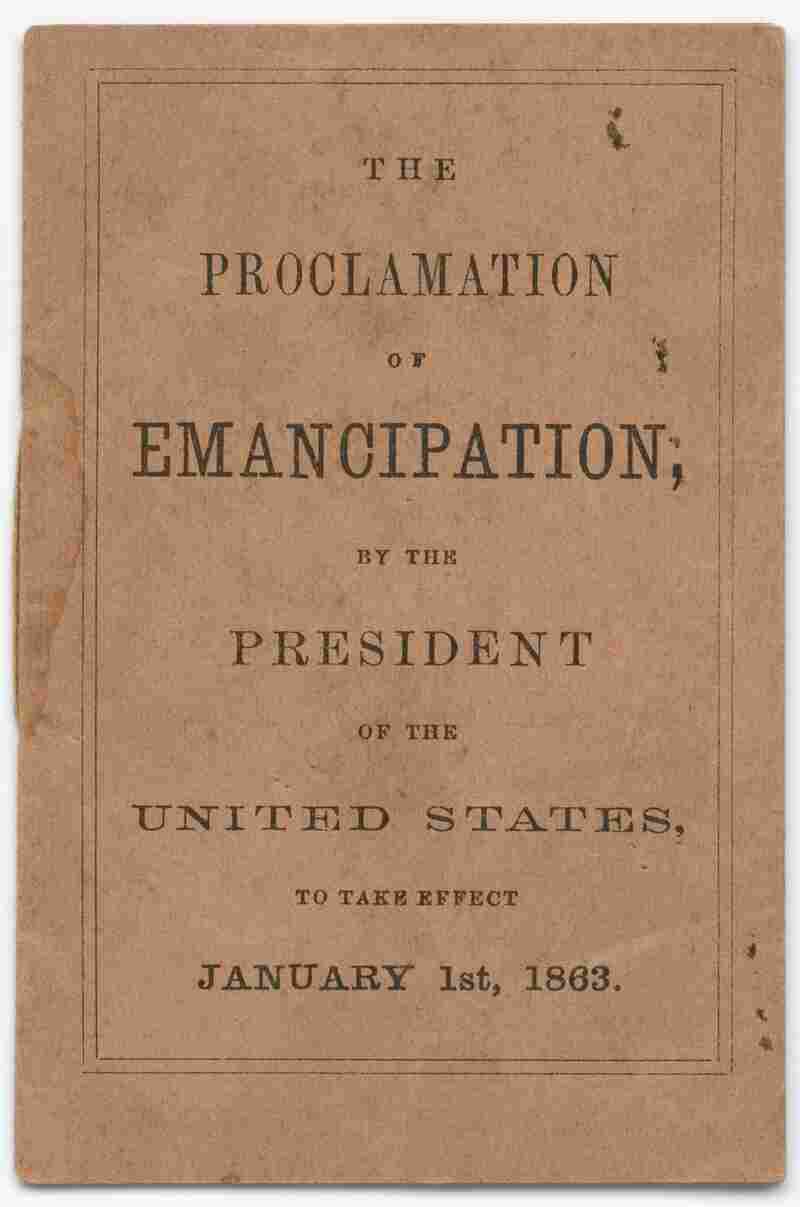 Pocket versions of the Proclamation of Emancipation were distributed through Union troops to be read to slaves. Smithsonian National Museum of African American History and Culture hide caption 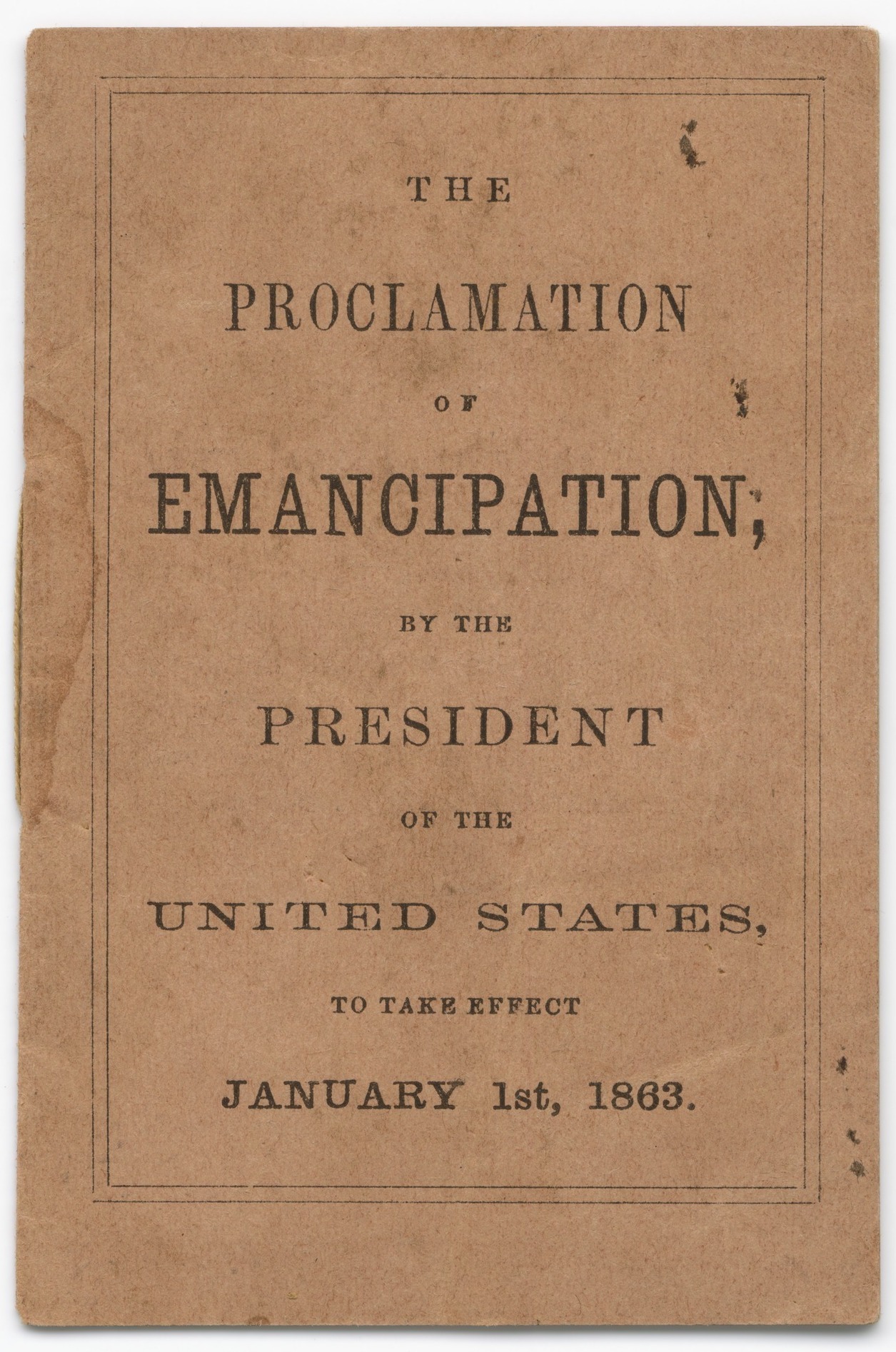 Pocket versions of the Proclamation of Emancipation were distributed through Union troops to be read to slaves.

What The Proclamation Actually Did

Washington says the proclamation applied only to areas where the federal government had no control or ability to enforce its provisions. The document that actually freed the slaves was the 13th Amendment.

The proclamation, however, changed the character of the conflict from a war to preserve the union to a war for human liberation. Washington says when President Lincoln started to sign it, he hesitated.

"His hand started shaking," Washington says. "He didn't want to sign it so someone would think he had second thoughts about it."

The president collected himself and then signed the Emancipation Proclamation on Jan. 1, 1863 — and freedom was declared.

The document was reproduced widely. "Several publishers published small versions ... pocket versions of the Emancipation Proclamation to be given to soldiers and officers," Bunch says. He says the tiny documents were read to slaves.

"There are wonderful reminiscences by the enslaved of saying, 'I was on Master Johnson's plantation and a soldier came and he took out a little piece of paper and suddenly said we were free,' " he says.

Signed by President Abraham Lincoln on Jan. 1, 1863, the Emancipation Proclamation freed slaves in rebel states. The first "Watch Night" began on New Year's Eve in 1862 as abolitionists and others waited to hear the news. Below are all five pages of the Proclamation put on display at the National Archives in Washington, D.C., over the New Year holiday.