Accessibility links
'Light Doesn't Die': A Sister's Poem For Slain Sandy Hook Teacher Unable to sleep in the days after the Newtown, Conn., killings, Emily Leukhardt found herself writing about the sister who she says was "just fundamentally good."

The subject line on the email my old friend Bill sent me two days before Christmas said, simply: "here is a poem emily wrote for her murdered sister lauren."

Emily is Bill's daughter. Lauren, his stepdaughter, is one of the teachers gunned down during the Dec. 14 massacre at Sandy Hook Elementary School in Newtown, Conn.

The desperate, unbelieving howl Bill shared from Emily, two decades a sister to Lauren Rousseau, was a stark reminder that as the greater world anticipates a new year and the time-worn debates about the arming of America continue, no page has or will be turned for the families. 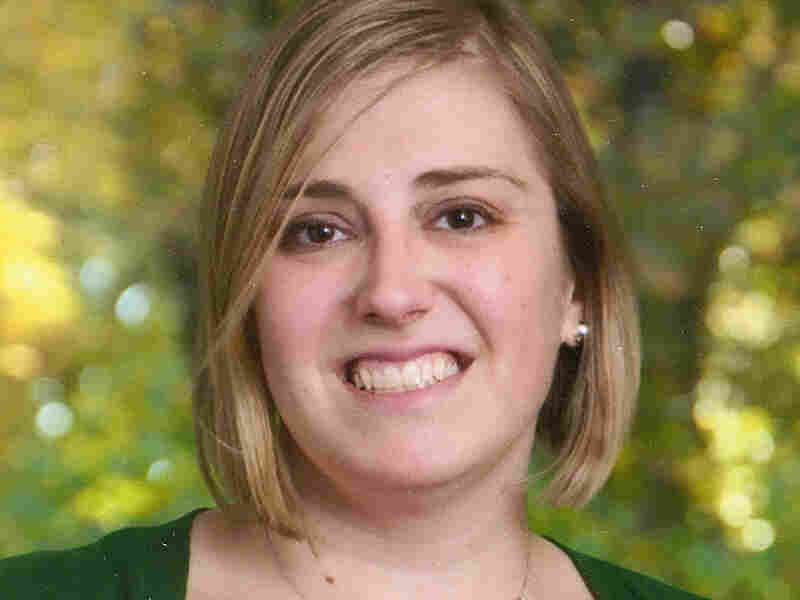 Lauren Rousseau was killed on Dec. 14 when a gunman opened fire at Sandy Hook Elementary School, in Newtown, Conn., killing 26 children and adults at the school. Courtesy of Rousseau Family/AP hide caption 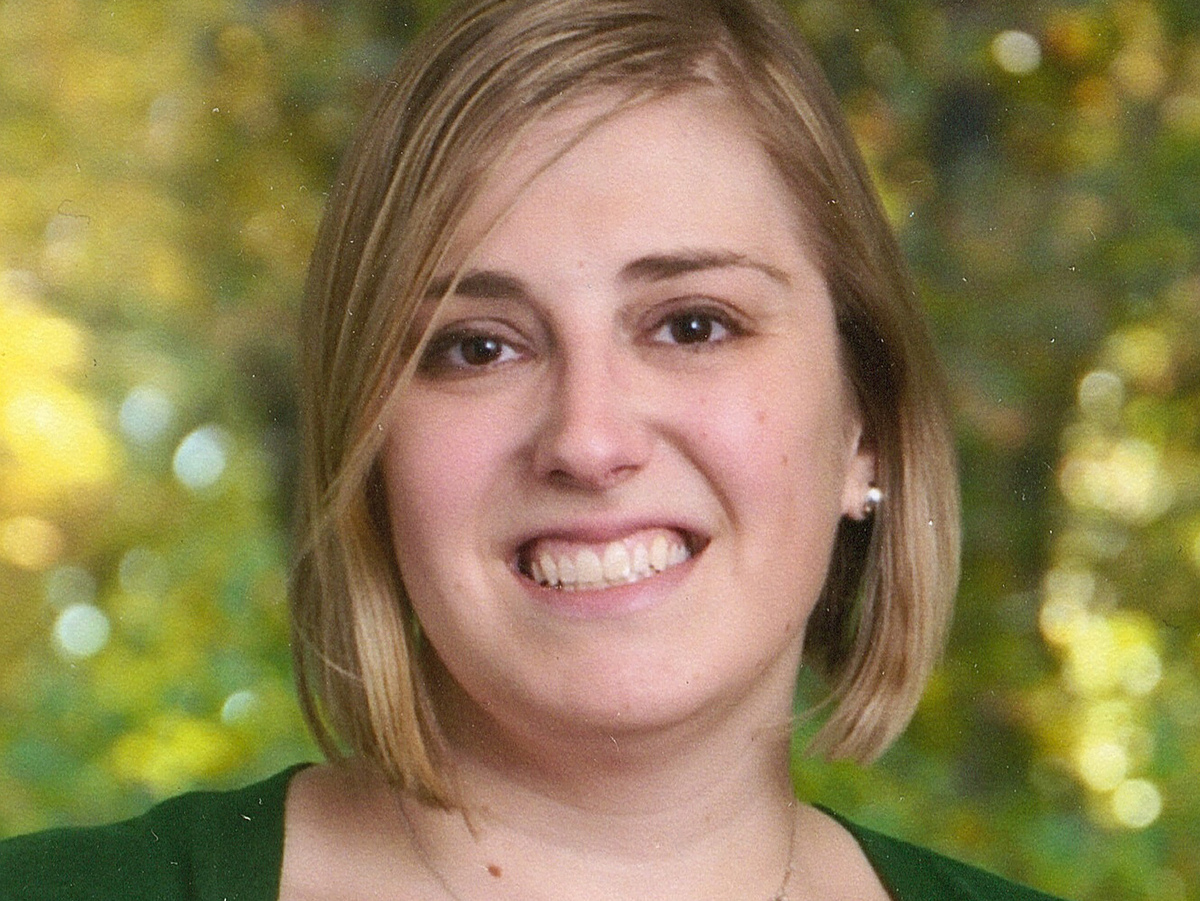 Lauren Rousseau was killed on Dec. 14 when a gunman opened fire at Sandy Hook Elementary School, in Newtown, Conn., killing 26 children and adults at the school.

You can let go of me now

I say to the force that has taken

And smashed it under its heel

You can let go of me now!

I yell at this force

That grips my shoulders

I met Emily when she was a little kid, the middle child of my Connecticut newspaper colleague Bill Leukhardt, sandwiched between brothers Nate and Andy. She'd fought off cancer as a 3-year-old and had that wiser-than-her-years look in her eyes that children who've battled disease or endured hardship often carry.

Emily, now 30, told me that she began writing her poem on her iPhone during a sleepless night the Tuesday after the Friday massacre.

A private meeting that she and the rest of the family, including her dad and stepmom Terri Rousseau, Lauren's mother, had with President Obama the Sunday after the murders was "pretty overwhelming," she said. "He looked like he'd been crying. He gave me a hug as he said, 'We'll get through this.' "

By Monday Emily described her own state as comatose, interrupted by sobbing. Tuesday she'd tried to do some Christmas shopping, and then collapsed in her hallway in tears and wails.

You can let go of me now

And give me back my sister

Twenty years ago I was writing to her

Finding out which American Girl dolls we both had

What our favorite colors were

And how we could be friends

Now that our parents found each other

After Bill and Terri fell in love as divorced friends, they worked to introduce their six children — four boys, and the two girls — to each other through letters they hand-delivered before the face-to-face meeting.

Emily and Lauren were both 10 at the time, and they shared important details about dolls and favorites.

"I was very excited to meet her — we both had the same dolls, we both liked the same things," Emily said.

Like many sisters, they were close as youngsters, more distanced as their interests and personalities diverged as teenagers, and rediscovered each other as young adults.

They shared rides from Bill and Terri, a newspaper copy editor, to classes at the University of Connecticut. And they strengthened their bond two years ago during Bill's epic battle with a brain tumor.

"She was just so good," Emily says of her sister. "Just fundamentally good. Never hurt anybody, or said a bad word about anybody."

Another former Connecticut newspaper colleague, Bob Miller, Bill's close friend, wrote that Lauren was having the best year of her life when she was killed.

That Lauren had realized her teaching dream, and was happily engaged, have provided some solace, Emily says, as has talking about her.

"Terri's mantra has been that memories are for comfort, not for pain," says Emily, who wore one of Lauren's scarves to her funeral and now keeps it tied to her bedroom's doorknob. "So we've been sharing a lot of memories."

Emily, like her sister, works a second job at a Starbucks, and she was worried that after the massacre her customers would want to talk about what happened. Largely, though, she says, they've done the best thing possible given the circumstances: "They're just letting me know that they're there for me."

Twenty years from then

I am writing about her

Refusing to be the only daughter

Between the stars of our brothers

It only succumbs to darkness

For a finite period of time

Forcing your eyes to adjust

Shining brighter than before