Accessibility links
Beck Explains 'Song Reader,' An Album Fans Perform Themselves The shape-shifting musician often sounds like a completely different artist from one song to the next. On his new Song Reader, he leaves the sound in the listeners' hands.

Few artists have changed the face of music over the past two decades quite like Beck. Wherever his interests took him — through experiments in hip-hop, electronica, Tropicália, blues, funk, folk — Beck Hansen found a ravenous audience awaiting each new departure. For his latest project, however, he hasn't recorded a note.

Song Reader is 20 new songs presented only as sheet music, in the hopes that enterprising musicians will record their own versions. Scores of them have, and Beck has been collecting their contributions at his Song Reader website. He says that after a dozen solo albums, crowdsourcing seemed like a way to make the process of releasing music a little less lonely.

"When you write a song and make a recording and put out a record, it's kind of [like] sending a message in a bottle," Beck says. "You don't really get a lot of feedback. This is a way of sending that song out, and you just get literally thousands of bottles sent back to you."

Here, Beck speaks with NPR's Jacki Lyden about the inspiration behind the project, and gets to hear a few recordings of Song Reader tunes specially commissioned by NPR — including one by an ad-hoc band of public radio producers. 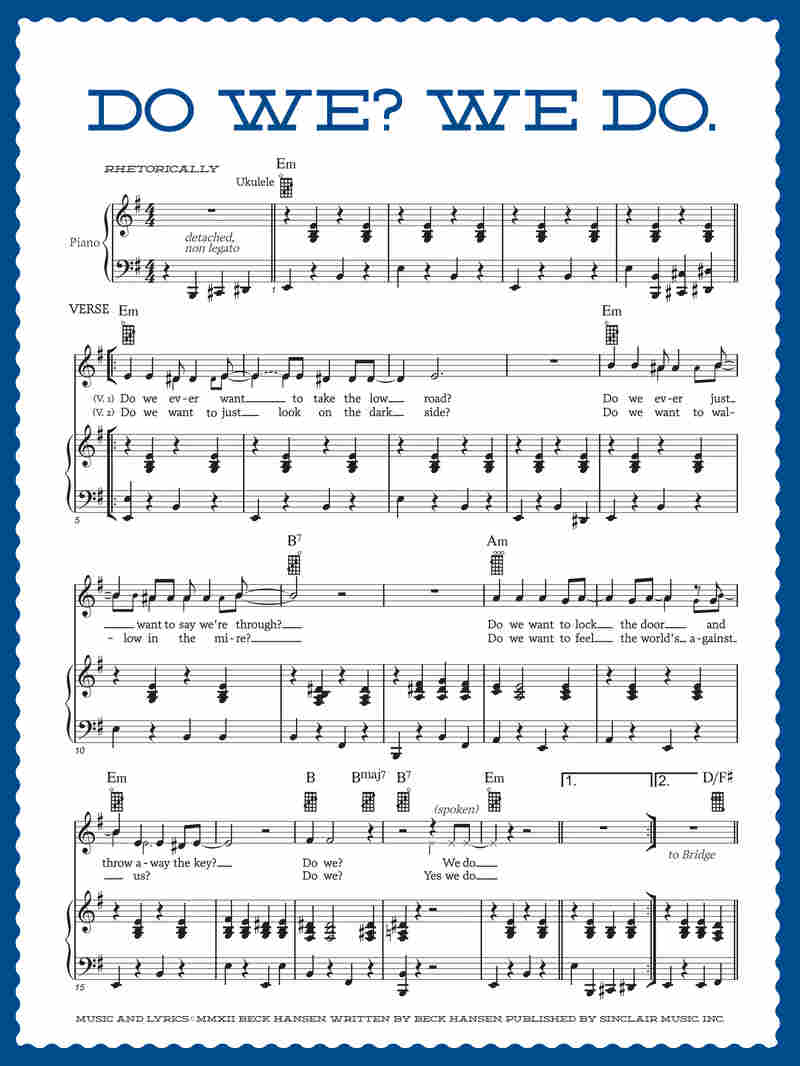 The sheet music for Beck's "Do We? We Do." as it appears in the Song Reader package. Courtesy of the artist hide caption 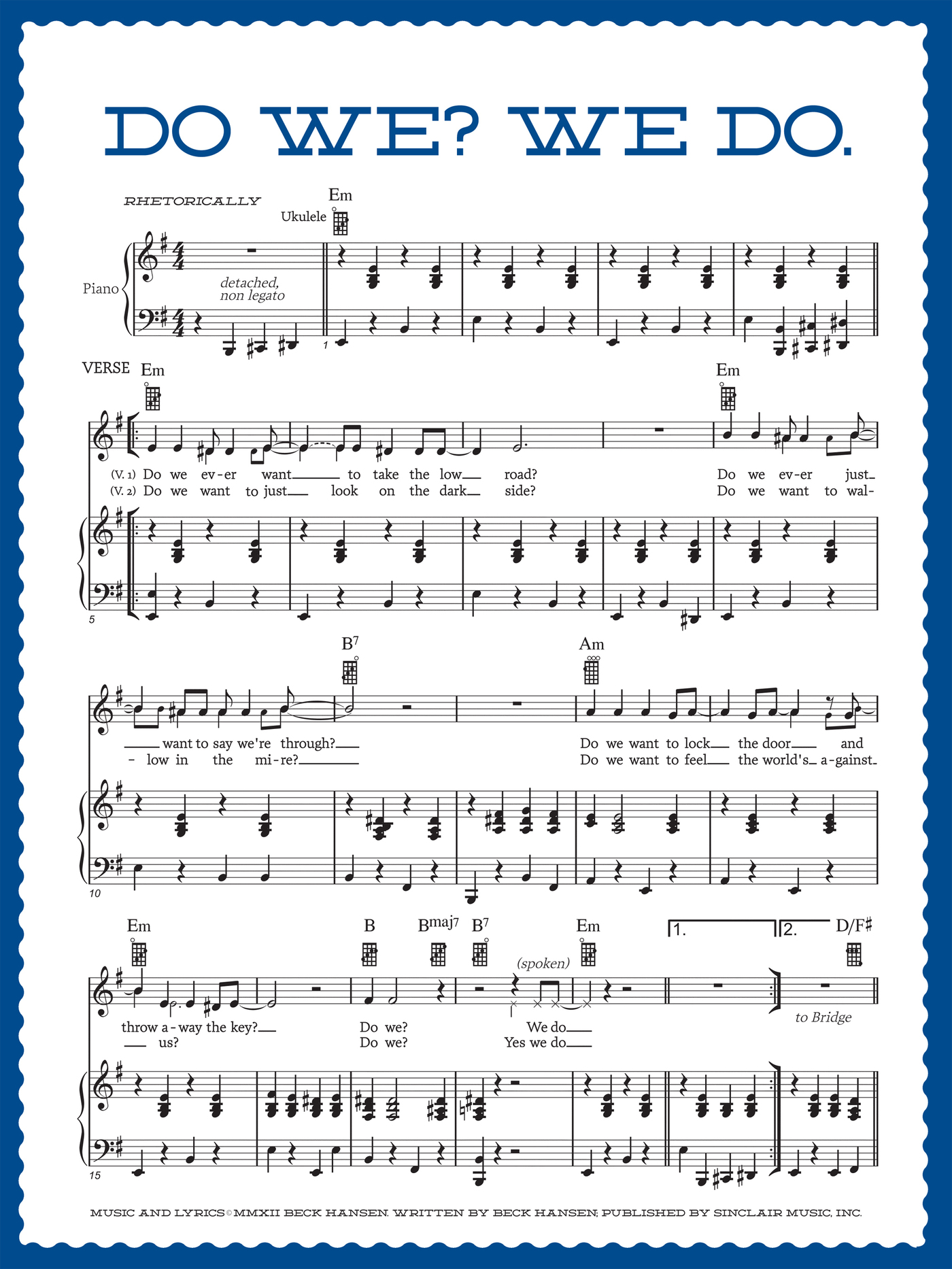 The sheet music for Beck's "Do We? We Do." as it appears in the Song Reader package.

On the birth of the Song Reader idea

"When I put out one of my early records ... they sent me a sheet music version of the album. And that record was not really intended for sheet music. It was, like a lot of modern records, more of an accretion of sonic ideas — you know, a collection of stylistic bits using technology and cutting up sounds and samples. It was songs that were really fragmented, so they weren't really meant to [be played] in the parlor at the piano. So when I got the sheet music book, it ended up feeling like it was an abstraction of these recordings that I'd done; it just seemed sort of backward. I thought it would probably be better to write songs for a songbook than try to make a songbook out of one of my records."

On writing for other people

"There's something different that happens when you're writing a song for your own record that you know you're going to sing. I felt like I had a certain license with these songs. The idea that young people, old people, men, women, all different types of people would be possibly singing and playing these songs ... It made me think of that abstract notion of an American songbook, whether it includes standards, jazz tunes, things from the rock era, singer-songwriter songs — you know, all these songs that people know and love, the kind of songs that you play around a campfire or at a gathering. Those are the kind of songs that I was thinking about."

On looking at old standards for inspiration

"It was interesting how, when the songs were notated, they would get reduced; they would get simplified, in a way. The spirit of the song wasn't really there in the notation, necessarily — it really had to be brought to life by somebody. Those songs really walk that line of cliché and universality, where they could almost be banal or too easy. The really brilliant songwriters are able to walk that line and have something that really holds true through every era and still feels like part of culture. As society changes, as politics change, as people change, certain songs still seem to resonate." 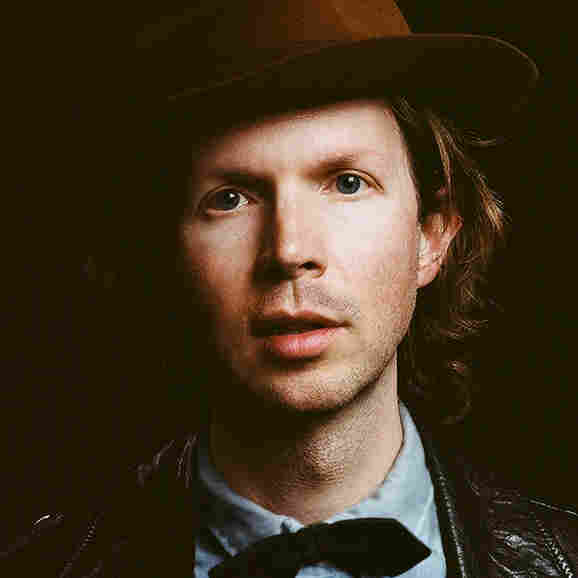 Beck's newest album, Song Reader, is a collection of sheet music intended to be arranged and recorded by his fans. Courtesy of the artist hide caption 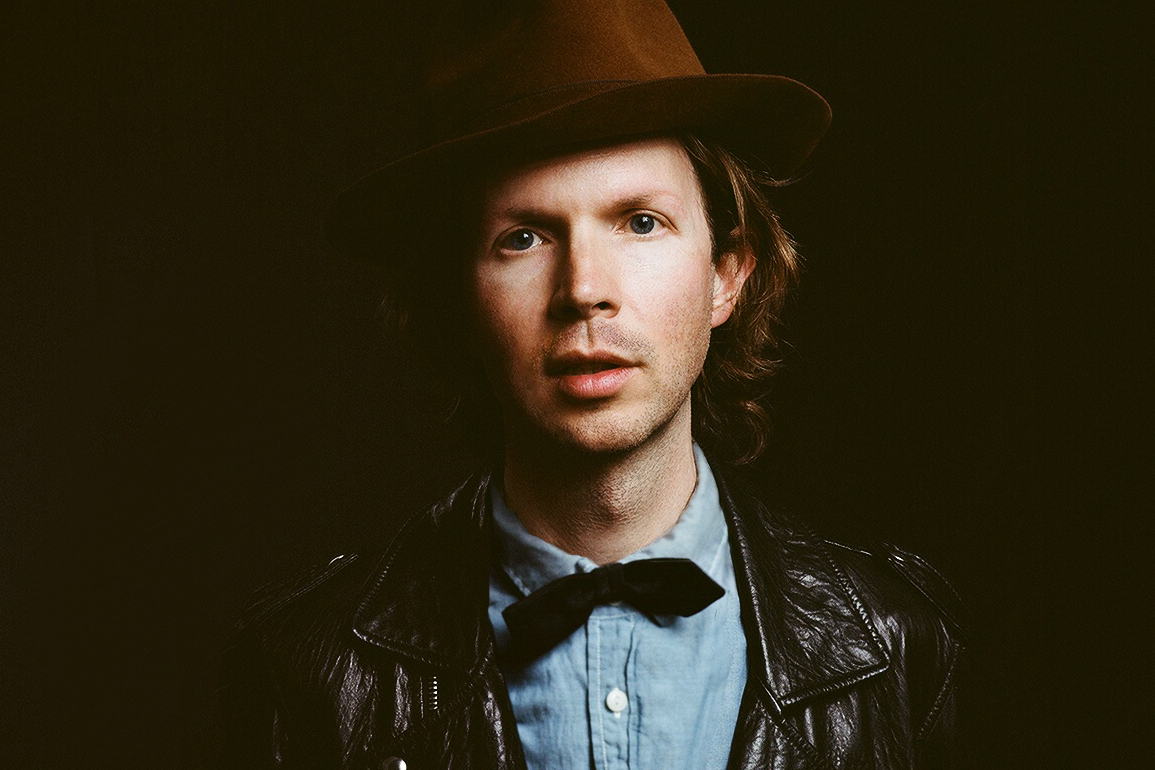 Beck's newest album, Song Reader, is a collection of sheet music intended to be arranged and recorded by his fans.

Peter Mulvey, 'Last Night You Were a Dream'

Beauty Pill, 'Please Leave a Light On When You Go'