Accessibility links
2013: A Tipping Year For Climate Change? This year's weather will be one for the record books; 2012 is slated to be the hottest summer on record. "We've already passed all kinds of tipping points," environmentalist Bill McKibben says. He's wondering if President Obama will take a different approach to climate change in the coming year. 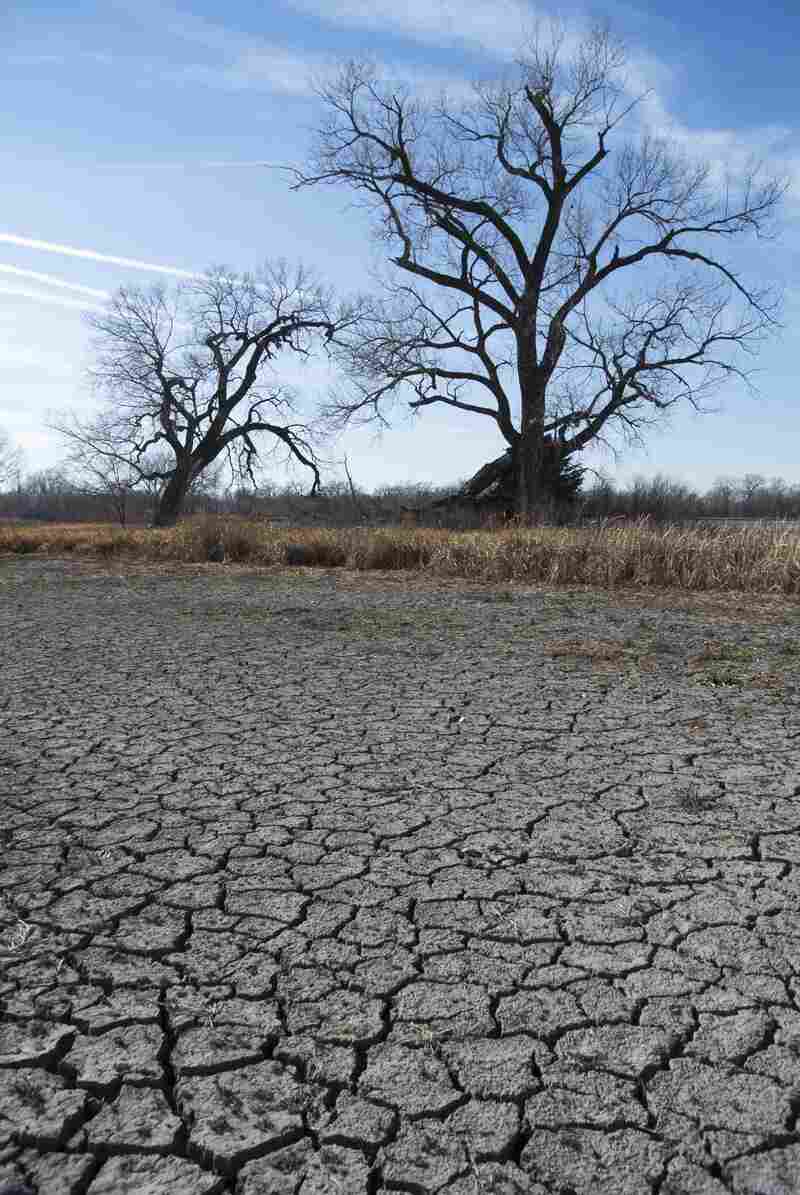 Cracks form in the bed of a dried lake in Waterloo, Neb. The drought withered crops and dried out lakes across the nation's midsection in 2012. Nati Harnik/AP hide caption 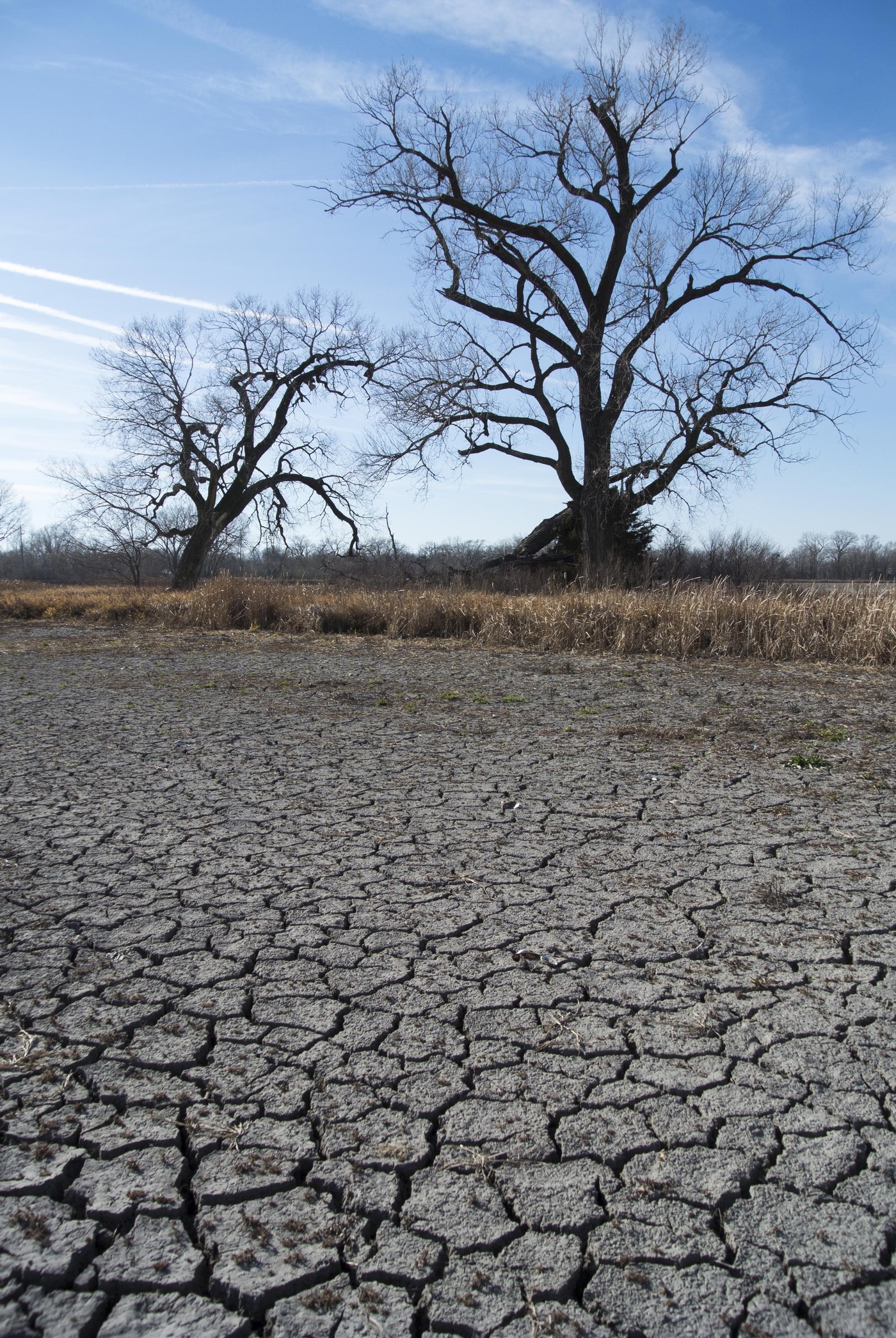 Cracks form in the bed of a dried lake in Waterloo, Neb. The drought withered crops and dried out lakes across the nation's midsection in 2012.

This year's extreme weather was one for the record books; 2012 is slated to be the hottest summer on record.

The worst drought in 50 years struck the South and Midwest, devastating the U.S. agriculture industry. Deadly floods and superstorms paralyzed the northeast and other parts of the country.

While the public is in shock by extreme weather events that have taken place, environmentalist Bill McKibben and other members of the science community say it is a result of climate change.

"We've already passed all kinds of tipping points," McKibben, the founder of 350.org, tells weekends on All Things Considered host Jacki Lyden. "The NASA scientist Jim Hansen was saying, 'There's no other word for where we are now than planetary emergency.'"

Next month, President Obama will be sworn in for a second term, and McKibben is curious about whether the president will take a different approach to the growing problem.

On how President Obama can demonstrate his seriousness

"I think the first tell that we're going to get of whether the second term will be different will be the president's decision on this Keystone Pipeline — the huge pipeline to the tar sands of Canada. It's the one thing that's really united the environmental movement and brought people out into the streets. The president will make a decision on it [at] some point in the first half of the year
and if he stands up to the fossil fuel industry for once, it will be, I think, a sign that he may be ready to take climate change with at least a little bit of the seriousness it deserves."

On the biggest environmental issues in 2013

"In this country one of the big questions will be whether we luck out and are able to see some break in this drought or whether it stretches on for another year. Already the Mississippi, which just 18 months ago was in record flood, is now flirting with the lowest water ever measured there.

"Food prices were up 40 and 45 percent around the world because the harvest failed in North America. The world is at a point [where] last year it grew less food than it consumed. We can't keep on with this kind of erratic weather and not pay huge consequence."

On how Germany is leading the way in climate change initiatives

"The clear alternative and the best news from 2012 came from Germany, the one big country that's taken climate change seriously. Their energy minister announced in November that they were going to blow past their targets for renewable power. This is in Germany, mind you. I mean, Munich is north of Montreal, but there were days last summer when they generated more than half the power they used from solar panels within their borders. What they're proving is it's not natural bounty nor technological know-how that holds us back; it's simply political will, one resource we're capable of ginning up if we set our minds to it."