Accessibility links
Mumford & Sons On World Cafe : World Cafe The band responsible for the term "arena folk" talks about balancing between quiet and loud spaces within its music. And, of course, it performs songs from its new album, Babel. 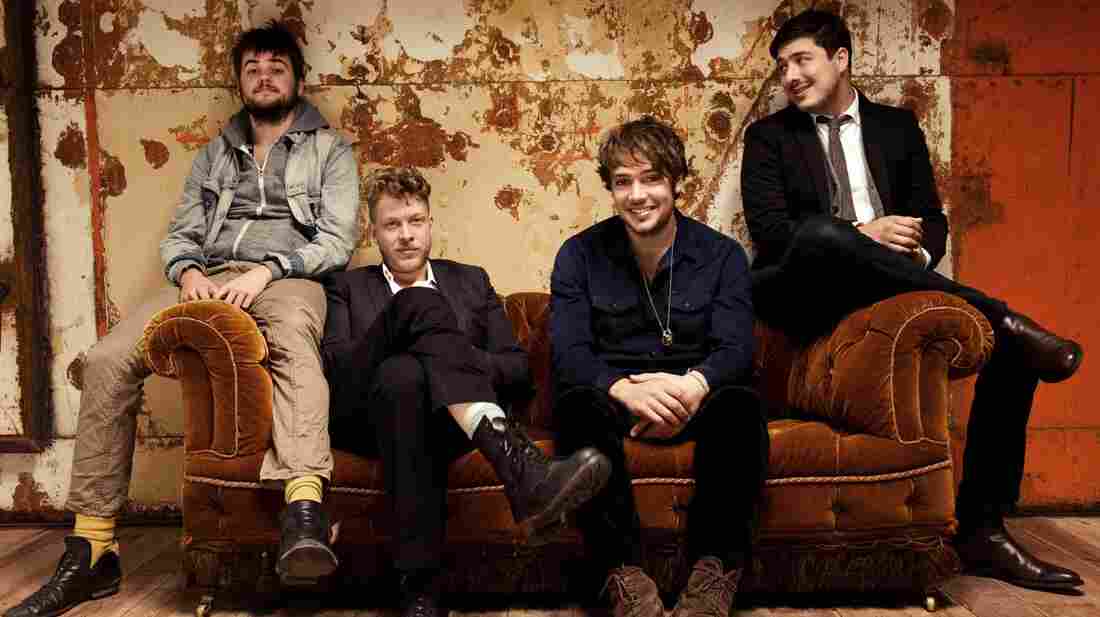 Mumford and Sons. Courtesy of the artist hide caption 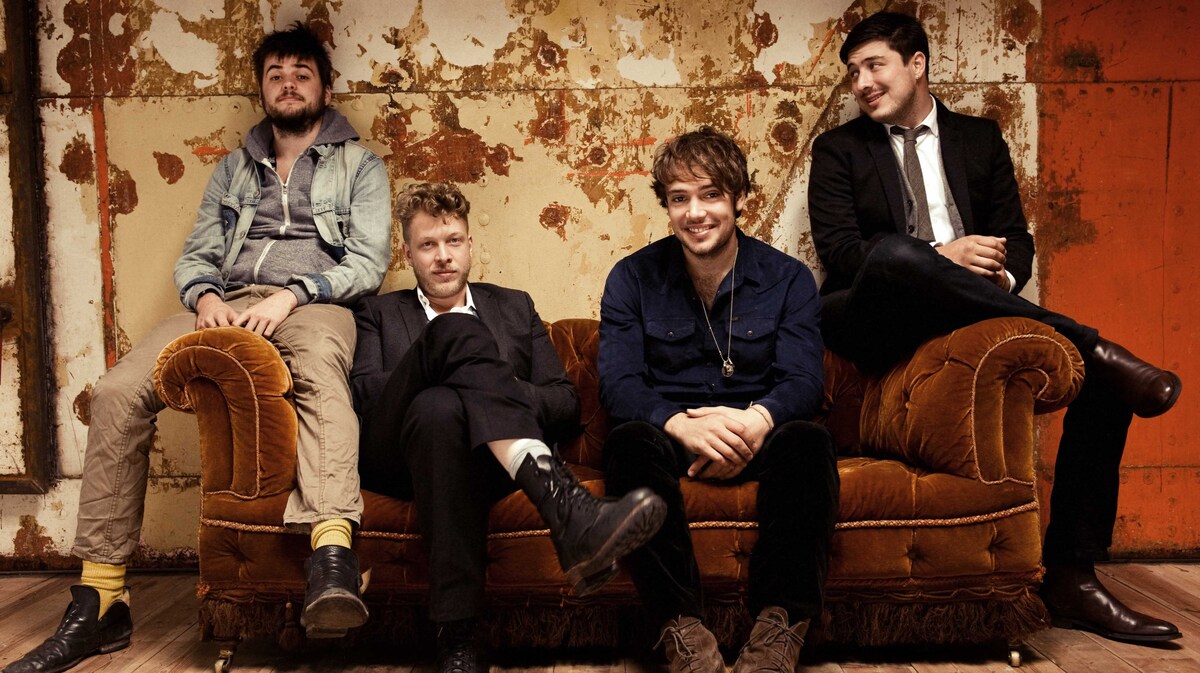 It took a while, but the London folk-rock band Mumford & Sons broke big with its 2009 debut album, Sigh No More. The album combines the raspy vocals of singer Marcus Mumford with lush harmonies and rootsy instrumentation on tracks that range from soothing to rocking.

Mumford & Sons finally burst into the mainstream in early 2011 after receiving nominations for two Grammy Awards and performing at the ceremony that same year. Since then, the band's career has skyrocketed, with headlining spots at large concerts and music festivals all over the world.

In this session of World Cafe, David Dye talks to Mumford & Sons' members about how they achieved success. And, of course, they perform songs from their highly anticipated second album, Babel.

This segment originally aired on September 28, 2012.