Accessibility links
A Dangerous World Of Hackers And Ninjas William Gibson's Neuromancer is a hacker classic. Author Nick Harkaway says it's also a door to a greater world. Is there a book that took you outside of your comfort zone? Tell us in the comments. 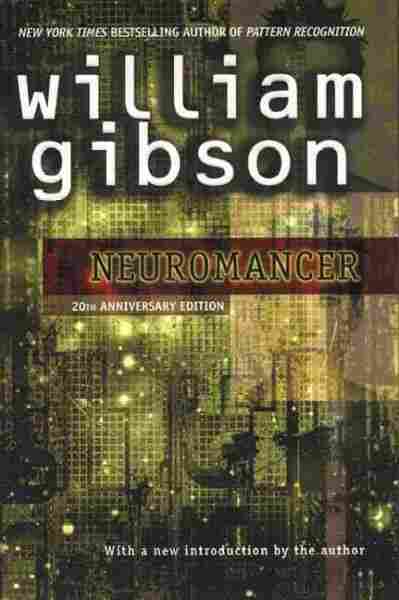 Nick Harkaway is the author of Angelmaker.

The moment I opened the book, I was snared by the now-iconic first line: "The sky above the port was the color of television, tuned to a dead channel." I knew that color; the U.K. had only four TV channels and they didn't broadcast through the night. When nothing was on, the cathode ray screen was a kind of numinous anthracite, the closest thing it could manage to black. If you want to be clever about it — at the time it was a comparison way beyond me — you could call it "darkness visible." Neuromancer lives in that space: It is contradiction, bifurcation, penumbra.

The protagonist, Case, is a burnout. He was a hacker, but he crossed the wrong people, and they crippled his nervous system so that he could no longer work with cyberspace (Gibson made up the word; this book heavily influenced how people imagine data online). Case is living on his luck, and that luck is running out; he's been to the best doctors and they can't fix him, so he's a middleman now, brokering deals for drugs and illegal software.

Until Molly comes along, and her boss, Armitage, offering a deal: Make a run in cyberspace, a really major hack. He'll get cured, get paid. Sweet deal. But in the grand tradition of crime thrillers, the job is more complicated than it seems, and Case is going to be crossing some dangerous people and some very thick red lines.

Despite the breakneck urgency of the action, the hard-boiled story drips with laconic cool. I had never met that before: Hammett, Chandler and Elmore Leonard came later for me. Neuromancer introduced a demimonde of back alleys, sodium streetlamps and the kind of club where you can buy firearms with your whiskey. It whispered of transgression, of sex and booze, and license. 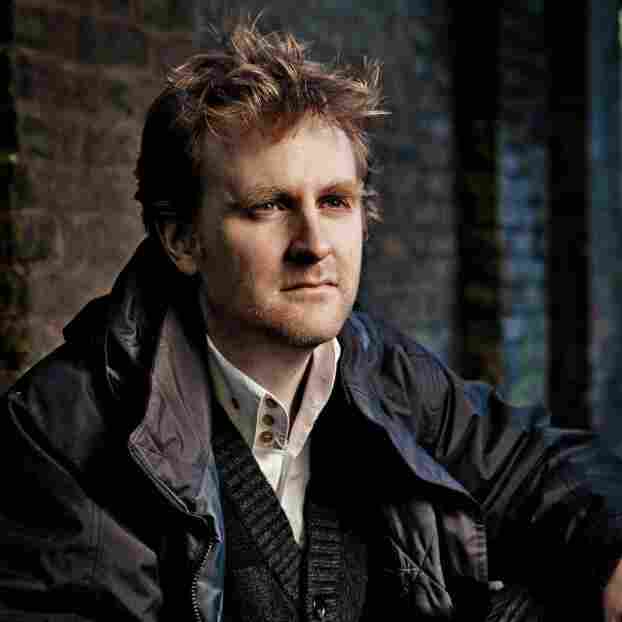 Nick Harkaway is also the author of The Gone-Away World. Courtesy of Rory Lindsay hide caption

The other fictions that framed my world were basically benign. I'd seen Tron and loved it. I was a Star Wars fan. I liked hobbits and the Three Musketeers. But Han Solo wouldn't last 10 minutes in Night City; Frodo would be hooked on a drug with a seven-syllable name inside of an hour. This was a world between the primary color fictions I'd seen and the dangerous nuclear age reality I lived in: In the 1980s it was pretty much established that Britain would burn in the first exchanges of a war between NATO and the Warsaw Pact.

Inevitably, I fell for Molly, the street samurai with mirrors over her eyes and razors in her fingers. In my mind she had a husky, Lauren Bacall voice made from coffee and cigarettes — and I was right. If Bacall's character from To Have and Have Not taught English to Michelle Yeoh's martial artist from Crouching Tiger, Hidden Dragon, you'd get someone like Molly.

Even now, she's a rarity. More often than not, Molly is what's missing from contemporary stories of any sort: a woman who is complete unto herself. She didn't need a male senior partner. In fact, she was more connected and streetwise than Case, and more alert to the danger they were both in. Wherever she went, Molly was in charge. In 1985, you could look a long time without finding that anywhere else.

And in a middle-class British school, you could go even longer without hearing the name Marcus Garvey, the Pan-African and black nationalist political leader who influenced Martin Luther King, Haile Selassie and Malcolm X — and the orbit-dwelling Rastafari nation Case and the others encounter in their search for answers. A decade before Google, I had to look Garvey up in the encyclopedia.

And yet at the same time, it is secretly a very gentle book. Amid all the grime and grim, it's not hard to know where to put your sympathy or your trust. The bad are bad, the good are good. So despite all this, it's not an unsuitable book for a kid, just a challenging and eye-opening one. And unlike so many improving and notionally educational books, it's stylish, adult, exciting and fun. It's a door to a greater world.