Accessibility links
Bob Mondello's Best Movies Of 2012 NPR's movie critic looks back on 2012 and his picks for the year's best movies. 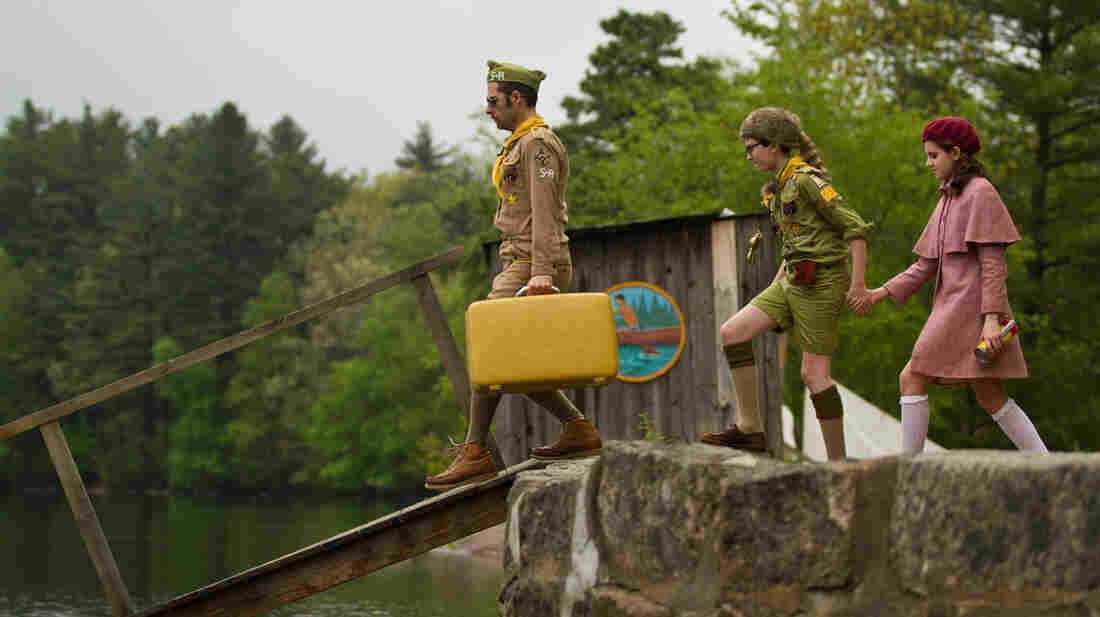 A lot of movie box-office records fell in 2012. The comic-book blockbuster The Avengers had the biggest opening weekend in Hollywood history. Skyfall will be the first James Bond film to top $1 billion worldwide. And the box-office year as a whole is easily the movie industry's biggest ever. But what about quality? Perhaps surprisingly, the news is good there, too.

Hollywood is often accused of serving up simple-minded pleasures — either explosions or uplift, frequently both — but a lot of this year's best films were nuanced and complex, and for once, their nuanced complexity was exactly what made them popular. Steven Spielberg's Lincoln, for instance, is no wide-eyed presidential snow job, but a tale of political intrigue where the great good of eradicating slavery requires great compromise on lesser evils. The film has other virtues — terrific performances, gorgeous cinematography — but what's captivating audiences is that it's not the dipped-in-amber civics lesson they expected. 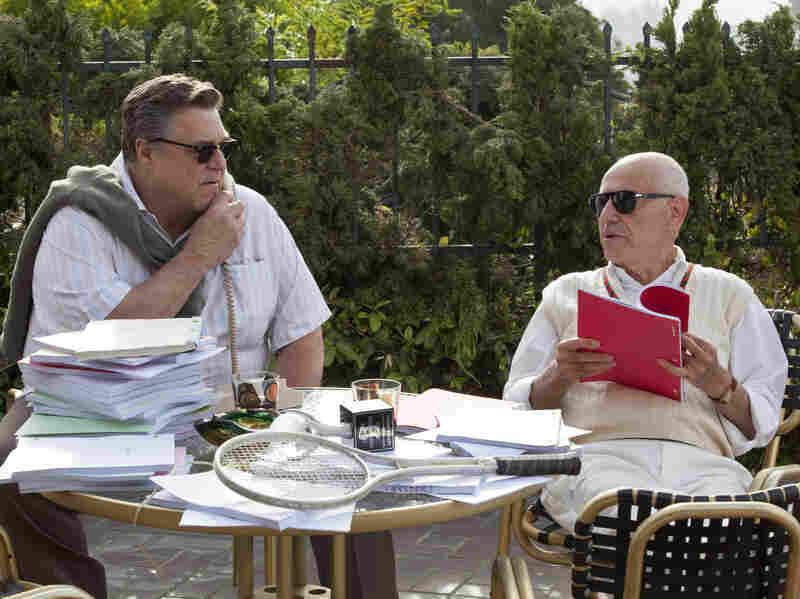 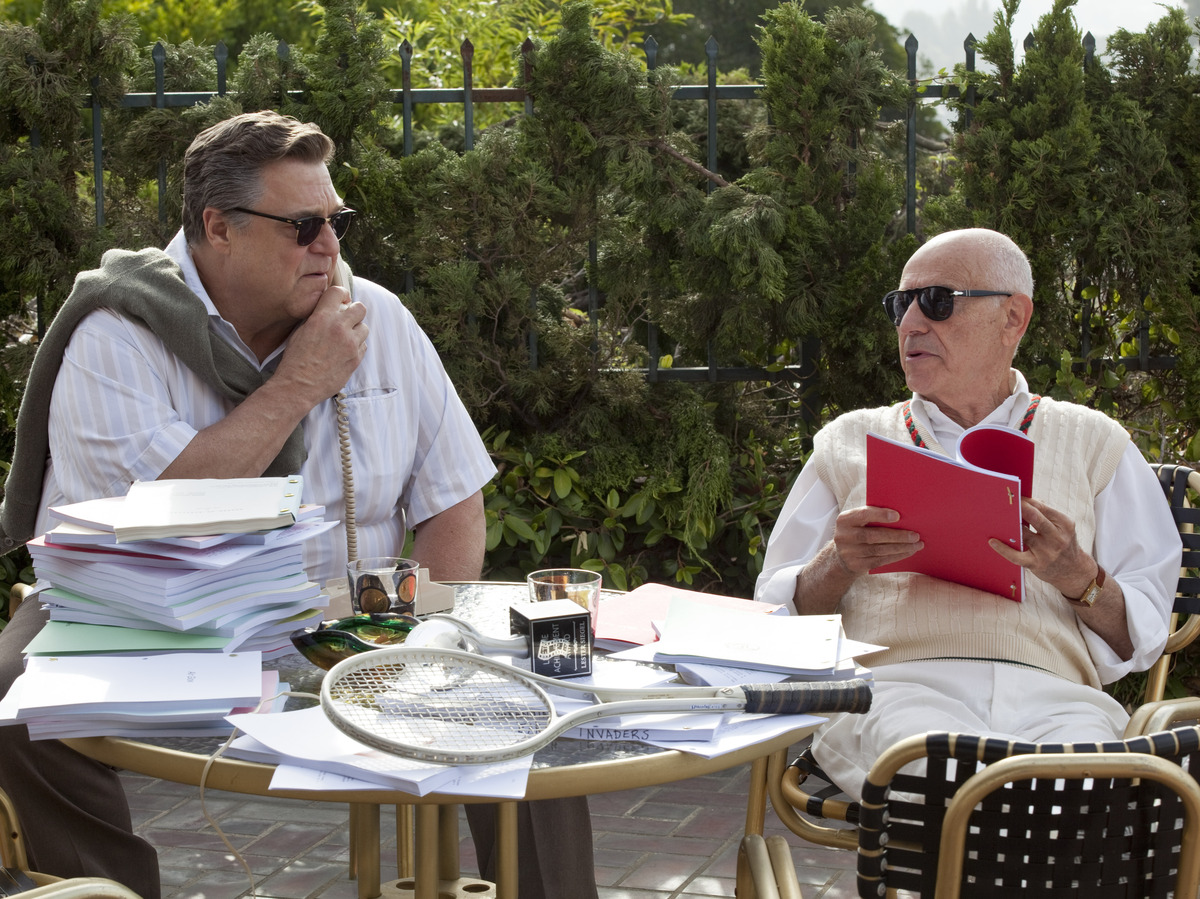 That's also true of the war-on-terrorism chronicle Zero Dark Thirty, a gritty look at the hunt for Osama bin Laden that raises all sorts of moral and ethical questions, and is about as far from a rah-rah, get-the-bad-guy flick as director Kathryn Bigelow could make it.

That's a good thing, because Ben Affleck made a rah-rah, get-away-from-the-bad-guys flick that would be pretty hard to top: the rousing thriller Argo, about how the CIA got six Americans out of Tehran during the Iran hostage crisis by pretending to make a movie.

That's a trio of fact-based stories. Beasts of the Southern Wild, in contrast, is a fable that blends real-world tempests and mythical creatures in telling the tale of a 6-year-old girl named Hushpuppy who lives in a bayou community, hit by a hurricane. Filled with danger, but also warmth, Hushpuppy's world is at once real and magical — as is the movie.

The next three of the year's most compelling pictures hail from overseas. France gives us Michael Haneke's devastating masterwork Amour, about an elderly married couple, played by the great French stars Jean Louis Trintignant and Emmanuelle Riva, who find themselves facing the end of life. It's not a pretty end to a love that's lasted decades, but they find joy while they can in things like a brand new motorized wheelchair.

Another French picture, Rust and Bone, is about a love just beginning — between a fighter and a woman who suffers a life-altering accident — one that required some of the year's most arresting special effects.

2012's most compelling documentary, meanwhile, hails from Israel: The Gatekeepers, in which six former heads of Israel's internal security service, Shin Bet, talk about everything from targeted assassinations to being hung out to dry by the politicians who gave them their marching orders. Augmented by news footage, the film offers an alternately fascinating and deeply upsetting perspective on conflict in the Middle East.

Also eye-opening is a far lighter documentary about a 1970s folk singer from Detroit who gave up music after cutting an album that got no traction in the U.S. Unbeknownst to him, it sold like hot cakes in South Africa, where all his fans thought he'd died, until someone went Searching for Sugar Man.

That's eight of my top 10. The last two are by directors named Anderson. Moonrise Kingdom is Wes Anderson's whimsical look at a small New England community's reaction when a 12-year-old orphan who excels at scouting runs off camping with a girlfriend.

That contrasts with the high seriousness Paul Thomas Anderson brings to his midcentury epic, The Master, about a movement called The Cause, its charismatic leader (Philip Seymour Hoffman), and an alcoholic acolyte (Joaquin Phoenix). The film is as intense psychologically as it is ravishing visually.

OK, that's a Top 10, so theoretically, we're done, but the number 10 feels especially arbitrary in a terrific year like this one, so let's keep going. Commercial filmmakers came up with some seriously cool fantasies this year, including two co-starring Joseph Gordon Levitt — the time-travel thrill ride Looper, in which Gordon-Levitt is an assassin who must kill his future self (played by Bruce Willis), and the final episode in Christopher Nolan's Batman trilogy, The Dark Knight Rises, in which he's intent on saving children and orphans.

That's a theme that has a particular resonance as 2012 draws to a close, and that was also present in two foreign films earlier in the year — Monsieur Lazhar, about a sensitive substitute teacher from the Middle East, who helps traumatized students deal with their former teacher's suicide at a Canadian primary school; and the Dardenne brothers' The Kid With a Bike, about an abandoned Belgian child and the woman who tames his violent impulses.

Another romance steeped in jazz was the year's loveliest animated film — Chico and Rita, a conventionally drawn, unconventionally adult tale of Cuban musicians who come to the U.S. in the 1940s and '50s. And Tim Burton's black and white, stop-motion spoof Frankenweenie was also pretty splendid — the story of a boy who reanimates his dog, Sparky, after an auto accident.

That title's obviously a riff on Frankenstein, which is not the only classic novel to triumph in an unorthodox reworking this year. Leo Tolstoy's Anna Karenina was vividly reimagined as if taking place literally in a theater, with spoiled Russian aristocrats walking from interiors that are clearly stage sets into the wings, where snow is falling and the real world beckons.

And just as Anna's leapt from page to stage, leaping from the stage to the screen is the musical of Victor Hugo's Les Miserables, with the actors singing on-camera, which proves effective enough that you wonder why they don't do it all the time. Les Miz is not for all tastes, perhaps, but it's catnip for a theater nut like me.

That's a second 10, and if pressed, I could probably even come up with a third. It's been that kind of year: rewarding enough to send film lovers into cineplexes in 2013 feeling downright optimistic.