Accessibility links
Miguel: An 'Honest Introduction' To An R&B Star Miguel has been kicking around the music industry for a decade. He says the success of his 2012 album, Kaleidoscope Dream, feels like the introduction he's been waiting for. 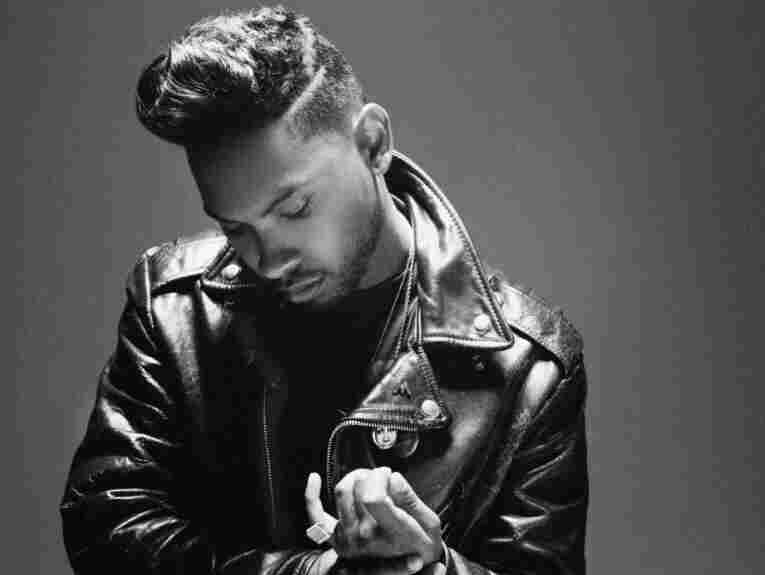 Miguel, whose album Kaleidoscope Dream was released in 2012, is nominated for five Grammy Awards. Courtesy of the artist hide caption 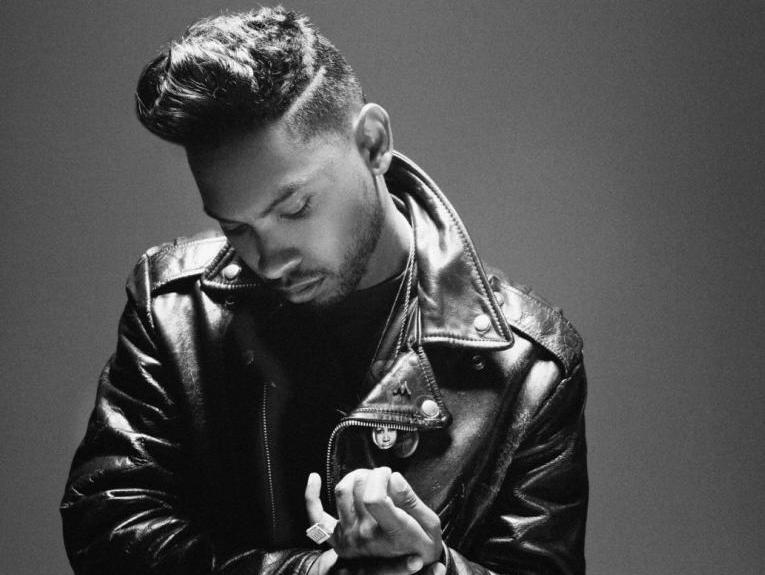 Miguel, whose album Kaleidoscope Dream was released in 2012, is nominated for five Grammy Awards.

In a year dominated by bombastic dance hits, Miguel wielded a far simpler sound — and wound up scoring five Grammy nominations. Miguel Pimentel has been releasing music and collaborating with other artists for years, but he broke through to a national audience in 2012 with his album Kaleidoscope Dream and its lead single, "Adorn." He recently spoke with NPR's Audie Cornish about the changing conversation around R&B music, growing up biracial and why fans shouldn't expect a Spanish-language album just yet. Hear the radio version at the audio link on this page, and read more of their conversation below.

AUDIE CORNISH: What do you hear in modern R&B? Are there specific things you embrace in your own music and others' that you're trying to move away from?

MIGUEL: I don't want to overgeneralize. Historically, black music has influenced other cultures and other genres, and created other genres. Rock would have never happened without blues, you know what I mean? We would have never had hip-hop without R&B. And somehow I feel like R&B and soul music has forgotten that it was, at one time, the influencer. Now, it's being more influenced by other sounds. Which is great; I think we should be cultured and want to incorporate other influences. That's what art is really about: taking your knowledge and your sensibilities and incorporating them in a way that celebrates the commonality, but also highlights the individuality.

R&B has been kind of consumed by dance music in recent years.

I think that in those balances where the commonality and individuality happen, R&B has lost the importance of the individuality. It's more about, "What does everyone else like? What is everyone else doing? Let me be acceptable to everyone else." It's so commercially driven that it's lost the essence, the soul and the emotion behind it. [On the other hand], take an artist like Adele: She can create a song that can live in a dance world, or is danceable, but still is soulful. That's R&B to me. I mean, there's plenty of artists who are making R&B music, but because of their ethnicity, it's considered something else.

You're one of a few R&B artists to be singled out lately as pushing the music different directions. You and Frank Ocean and The Weeknd all have very different sounds, but you do share some things: Your production is denser, and your songs are more lyrically focused. Is there a little bit of a quiet revolution going on?

I mean, why not? There are artists that are pushing boundaries. More than anything, I think there's an awareness for soul again — almost redefining or reprogramming people's expectations or whatever preconceived notions there might have been, based on the past decade and a half.

Because pop music, and R&B pop music in particular, can be very regimented: chorus, bridge, breakdown, rapper comes in.

But a song like "Where's the Fun in Forever?" doesn't feel that way at all.

I appreciate that. That song was originally written with and for Alicia Keys, [who was recording an album in Jamaica and invited me to come]. We created a makeshift studio on the roof — so, I mean, just a blanket of stars in the sky, and nothing but the sound of the ocean in the distance. The very first thought [I had] was, "We're not gonna live forever, but where's the fun in forever, anyways?" And it just became this song. For me, the notion was very personal, because I feel like this year I started to realize that I'm not invisible or invincible anymore. Times are changing, I'm changing, my family's getting older — and I'm happy to be responsible for things now. For a moment, it felt really heavy. But for some reason, at that moment in Jamaica, just looking up at the stars, I felt this incredible sense of relief.

Were there particular artists you were thinking of while you were making Kaleidoscope Dream? People who had influenced you?

I think I was trying not to think of those artists. For me, the creative process for me always starts in a personal place. I step away from my iPod or any records or CDs. I don't really want to listen to music; I just want to listen to myself and do as much meditating, as much personal reflection and planning [as I can]. ... I wanted this album to set the tone for the kind of career that I would like to have as a musician, and hopefully be some indication of my desire to push the boundaries and educate my audience.

You grew up in Los Angeles; your father is Mexican and your mother is black. What effect did that have on your music?

I grew up in San Pedro, which is, like, a port city in L.A. It's got its good parts and its bad parts, and I grew up right where the projects start, kind of in the not-so-good parts. It was the early '90s; there was a lot of racial tension, which, in retrospect, I think helped me realize that life is very much about making decisions. I caught myself in the middle of a few scuffles growing up; you know, what side I was gonna be on, Mexican or black. And I think making the decision to be neither — being myself, and being different, and standing by that — went a long way for my ability to do that as a musician and decide what it is I really want.

Do you think you'll ever record any music in Spanish?

I will, eventually, but I want it to happen naturally. I'm practicing my Spanish now, actually. I could speak Spanish fluently growing up, but I'm so out of practice, and I have such a tremendous respect for songwriting in the Spanish language. It's completely different.

You don't want to just translate a song.

Spanish music is just more poetic. Taking that into consideration, along with vocal style, it's something that I'm going to really have to work at. It would be easy to do a Spanish song with a Spanish style, but I have to figure out what works for me and what doesn't. People should know that it's me, regardless of whether I'm singing in Spanish or in Swahili or something.

You signed your first record deal when you were 19 and ended up in a sort of battle with the label that lasted for years. What did that feel like, being on the edge of something for so long?

Depressing, I guess, would be the best word for it. But at the same time, I learned a lot about myself. Getting a deal at an indie label, doing promo work and whatnot, and it not working out; leaving the company and getting signed to a major label, and then, just before releasing music, finding out that you're served with a legal battle that lasts for, like, three years — it made me resilient. It made me even more determined to just work hard. I think that's going to make all the difference in my career.

Part of the early buzz that helped you break through this year came from smaller releases — EPs and songs released here and there. Can you talk about that approach to releasing music? How is it hurting or helping things?

I feel hip-hop has created this culture, especially online, [where] the demand for content is so high. ... But giving away so much music, you almost devalue the art, and you end up with a lot more BS content than is necessary. To kind of circumvent that but still remain relevant, I wanted to give my fans music that was important to me, but in much smaller doses — acknowledging that they want to hear [something new], but at the same time not sacrificing my perspective on the fact that music should be valued. How else are great musicians supposed to live?

But you're not totally opposed to free songs occasionally?

No, no. That's why the EPs were kind of like my middle ground. It was like, "Let me prove to you that I'm worth your time."

Kaleidescope Dream landed on a lot of critics' best-of lists this year. Between that and this round of Grammy nominations, does this feel like a little bit of a coming-out party for you?

Man, it feels like an honest introduction, or reintroduction. Whereas my first album, I think, showcases my ability to be creative and write good songs, I think this album feels much more personal. It is a very honest take on Miguel as a human being: the lifestyle, the pace, the texture, the taste, the color...

Absolutely. The grit, you know what I'm saying? The danger, the vulnerability, all of that. I'm not gonna say that it's a super-introspective album. But it's just enough. It's like that first conversation where you're like, "You know what? I kinda like that guy." You know when you have a conversation over a drink and you're like, "You know what? That was a pretty cool conversation." You don't know everything about the person, but you know just enough to know that you might want to have another drink, or they might be someone you can hang out with.