Accessibility links
Depression-Era Evil: Gothic Horror In A Haunted Land The Night of the Hunter is a much-loved film, but author Julia Keller says the book it is based on is even better — a forgotten masterpiece. Do you have a favorite book that became a movie? Tell us in the comments. 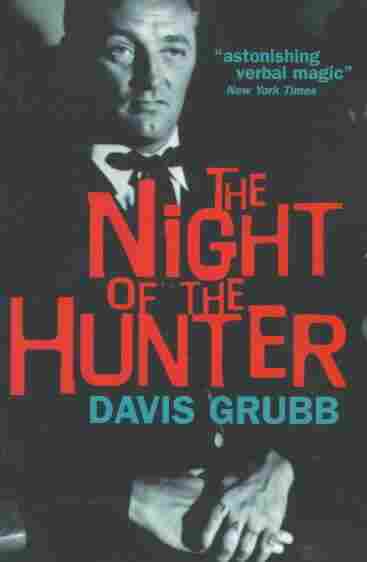 The Night of the Hunter

Title
The Night of the Hunter
Author
Davis Grubb

Julia Keller's latest novel is A Killing in the Hills.

When the actor James O'Neill played the title character in a stage version of The Count of Monte Cristo, it was a piece of "good bad luck," his son Eugene O'Neill later said. James O'Neill could never escape the shadow of the role that made him famous.

A related kind of "good bad luck" befell Davis Grubb in 1955, when a movie was made of the novel he had published two years earlier, The Night of the Hunter. So vivid and menacing is the film, which stars Robert Mitchum as the sinister predator with l-o-v-e tattooed on the knuckles of one hand and h-a-t-e on the other, that most people have forgotten all about the novel.

That's a shame, because The Night of the Hunter is a gorgeous gut-punch of a book, a crime novel and ghost story and morality tale all rolled into one, an ugly-beautiful book that makes you leap at shadows and shudder when the sun goes down. Its style is earthy and visceral. It pays scant attention to narrative niceties like punctuation. It is rough-hewn, wildly over the top and fiendishly entertaining, with some crucial social commentary tucked in there as well, like a precious coin smuggled in a raggedy old sock.

Pearl and John are two small children being raised by their mother, Willa, in Cresap's Landing, a sorrowful speck of a town along the Ohio River near Moundsville, W.Va. This is the Great Depression — a time, notes one of the book's characters, that has "turned up the undersides of some mighty respectable folks." The children's father, Ben Harper, has just been executed for a murder committed in the course of an armed robbery. No one knows where Ben hid the money he stole, except his children.

While Ben was in prison, awaiting execution, his cellmate had been a creepy, twisted waste of a man known as Preacher. Once Preacher is free, he seeks out Ben's children, certain that they know the location of the dough. Preacher woos and marries Ben's wife — while the boy, John, watches in mounting terror. Soon John and his sister, Pearl, are on the run through the haunted, poverty-pocked landscape of the Ohio River Valley, escaping from what the book calls "something as old and dark as the things on the river's bed, old as evil itself." 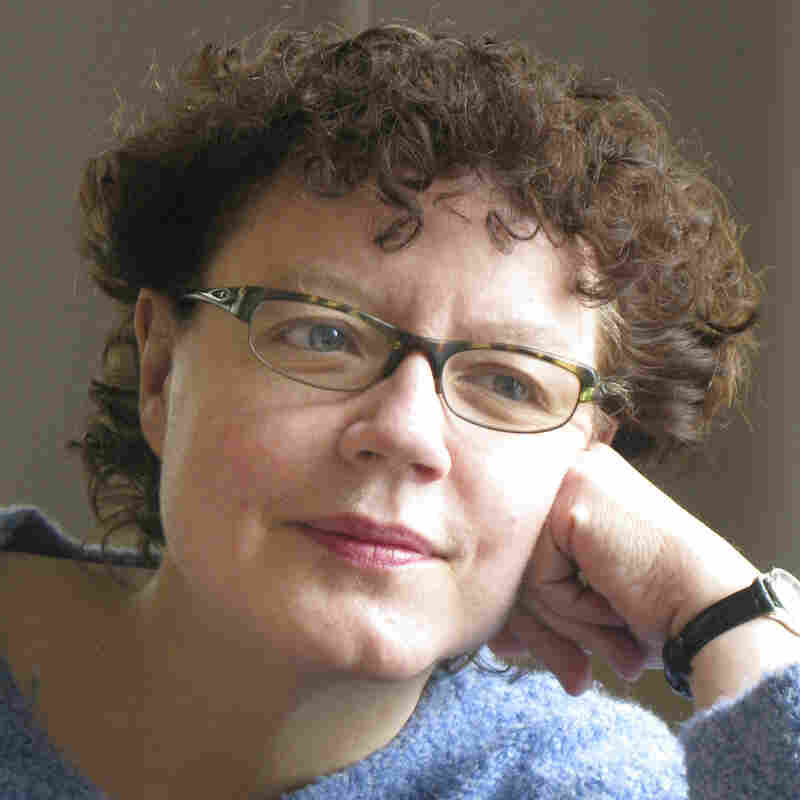 Julia Keller is also the author of Mr. Gatling's Terrible Marvel: The Gun That Changed Everything and the Misunderstood Genius Who Invented It. Michael Zajakowski/ Chicago Tribune hide caption

Davis Grubb was born in Moundsville in 1919 but left the state at 21 for New York, with a dream of becoming a writer. By the time he died in 1980, Grubb was a forgotten man, and his extraordinary novel had long since been eclipsed in the public mind by the film it had inspired.

Recently I found myself drawn back to Grubb's intense and sinuous tale, back to its dark and fevered magic. So if you like your stories served up raw, and if you want a look at how dire poverty can bring out the very worst and the very best in human nature, then open this novel — but beware. It may do to you what the proximity of Preacher does to the young boy John, putting "the smell of dread in his nose," until "doglike his flesh gathered and bunched at the scent of it."