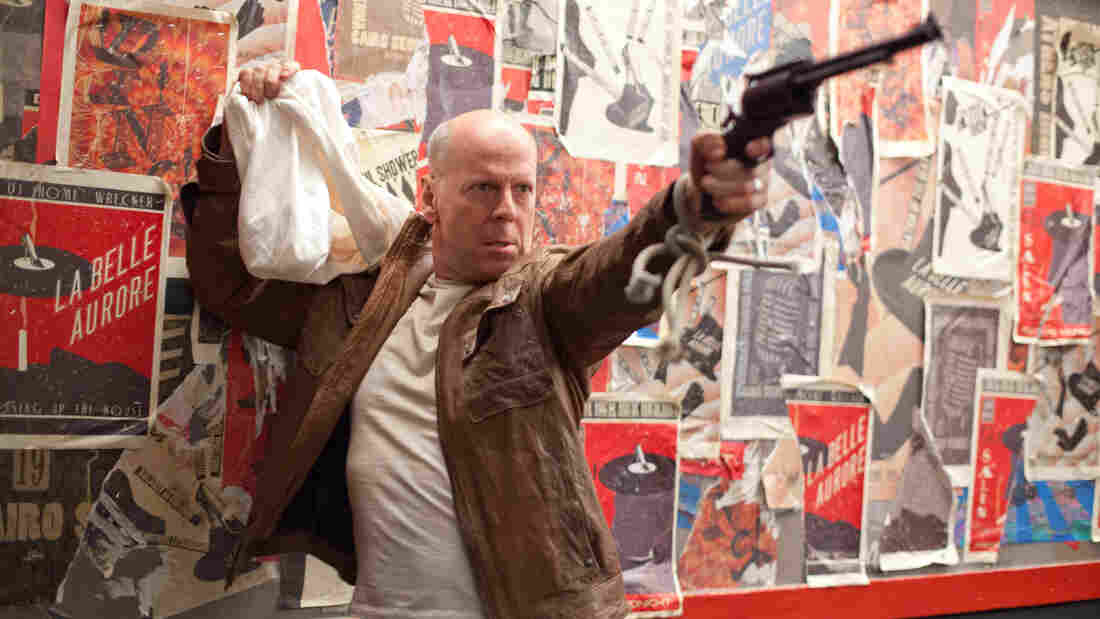 Welcome to a future when time travel has been outlawed, meaning only outlaws like Joe, played by Joseph Gordon-Levitt, travel through time. Joe's an assassin for a crime syndicate that sends folks it wants erased back from 30 years hence.

Gordon-Levitt's been made up to look like a young Bruce Willis, and when Willis shows up as one of the folks he's supposed to kill — well, that's called closing the loop — and there you have director Rian Johnson's nifty premise.

Looper is plenty of fun on its own, but on Blu-ray, along with the usual commentary tracks, you'll find not two or three, but 22 deleted scenes. There's one that expands a nightclub sequence from the finished film's 12 seconds or so, to well over a minute (including a blink-you'll-miss-it, walk-through cameo by Tobey Maguire). 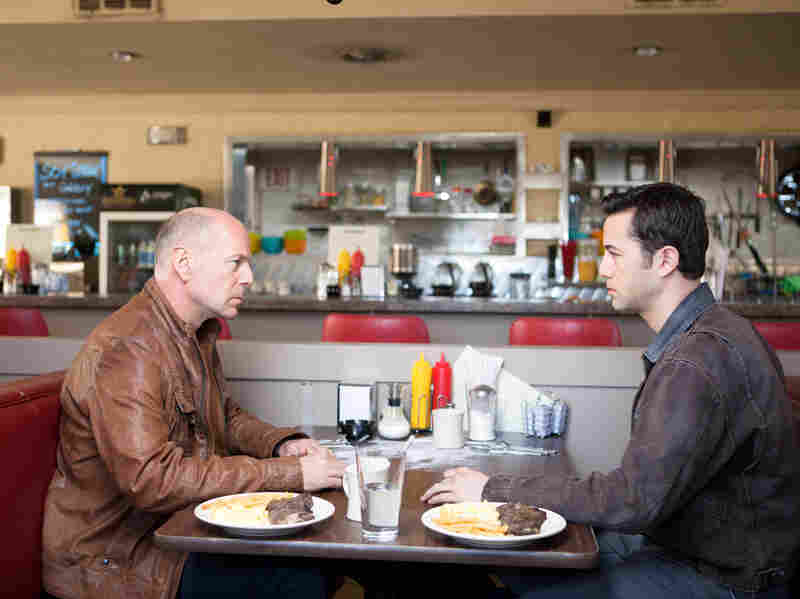 Young Joe (Joseph Gordon-Levitt) and Old Joe, the same man at two different moments of his life, stare each other down. Alan Markfield/Sony Pictures hide caption 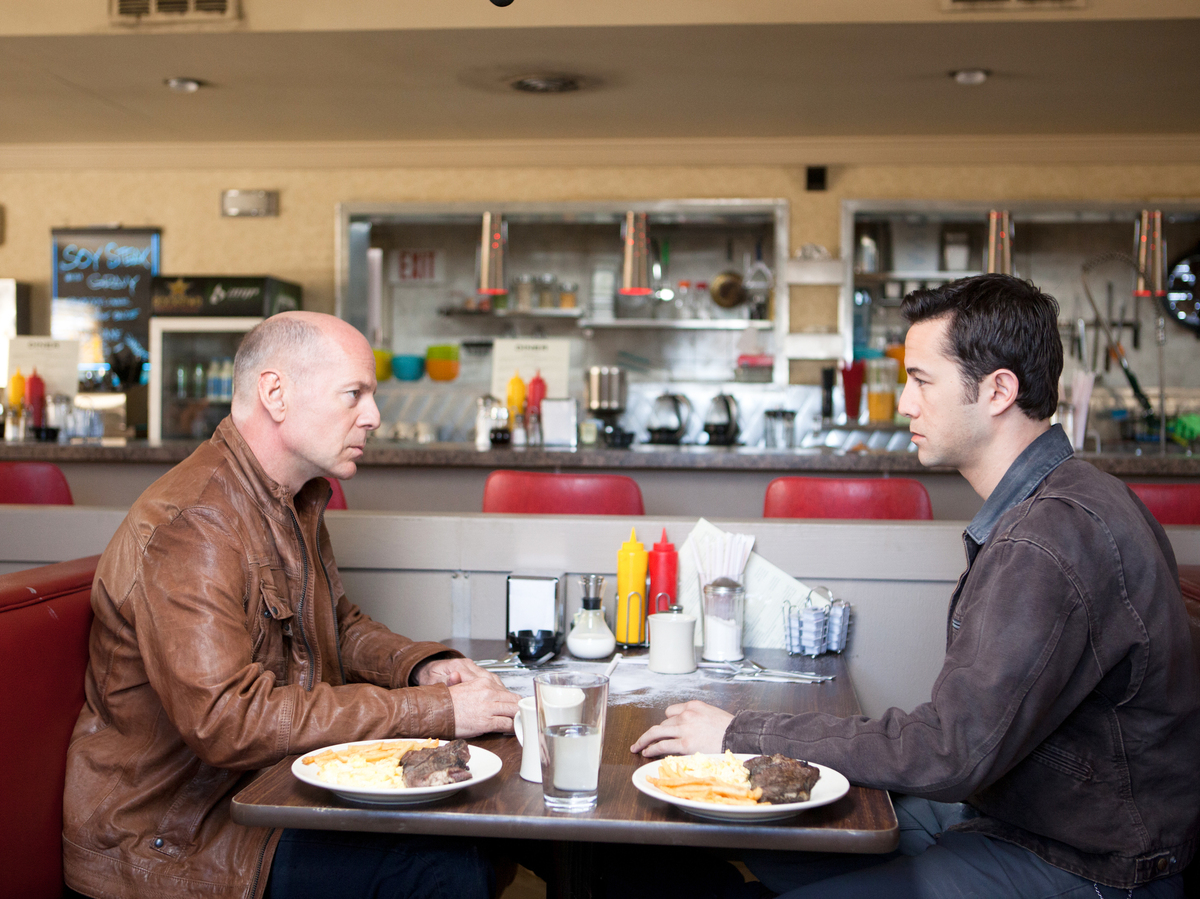 Young Joe (Joseph Gordon-Levitt) and Old Joe, the same man at two different moments of his life, stare each other down.

Another deleted sequence expands a conversation in a diner between the old and young Joes, explaining a line that flew right by me originally.

"I don't want to talk about time travel," says Willis. "We're gonna be here all day talkin' about it, making diagrams with straws."

"Diagrams with straws," it turns out, was the set-up for a sequence you never see in the completed film: Bruce Willis takes the top off a salt shaker, and empties the salt on the table, with most of it ending up near one of two straws.

The actors spent an entire weekend rehearsing this bit, so it's nice to see it play out, with the director and another cast member explaining how a bit of semi-crucial info about time travel got lost in the process.

Not lost any more, of course. Great fun to close that loop, and a nice way to spend a little extra time with Looper, a seriously cool time-travel movie.