Accessibility links
'One Pound Fish': A Pakistani Man's Passport To Fame A Pakistani man who went to London to sell fish has become an unlikely YouTube music star, thanks to the catchy song he made up to lure customers. The video for the song, "One Pound Fish," became a Web hit, and even brought him a record deal.

There's a new Internet video that might give the Web sensation "Gangnam Style" a run for its money. It's for a song called "One Pound Fish," and its unlikely star is a 31-year-old Pakistani man who until recently was a fishmonger in London's Upton Park.

This is Pakistan's first brush with Internet fame; ordinary Pakistanis are loving it — and the man who has put them on the viral YouTube map: Shahaid Nazir.

The song that is getting in everyone's head is a little ditty he made up while working at a fish stall at Queen's Market in London. The words are pretty simple (and repetitive): "Come on ladies, come on ladies... one pound fish..." goes the refrain. Just to be clear, it's one pound sterling for Nazir's fish.

Nazir's virtually overnight fame is a testament to the powers of social media. When he left Pakistan a little over a year ago, he had never sung professionally before. Today, if you type "One Pound" into Google, the first result is Nazir's video. Warner Brothers has already signed him to a contract, and the song is available on iTunes in the U.K.

When Nazir returned to Pakistan last week, he was greeted at the airport by hundreds of supporters. In his hometown of Pattoki, about two hours outside of Lahore, banners in the streets welcomed the local hero, dubbing him "the One Pound Fish Man."

Perhaps the best part of this story is that the song grew out of Nazir's reluctance to yell. His boss at the fish market told him he had to shout to get customers' attention. 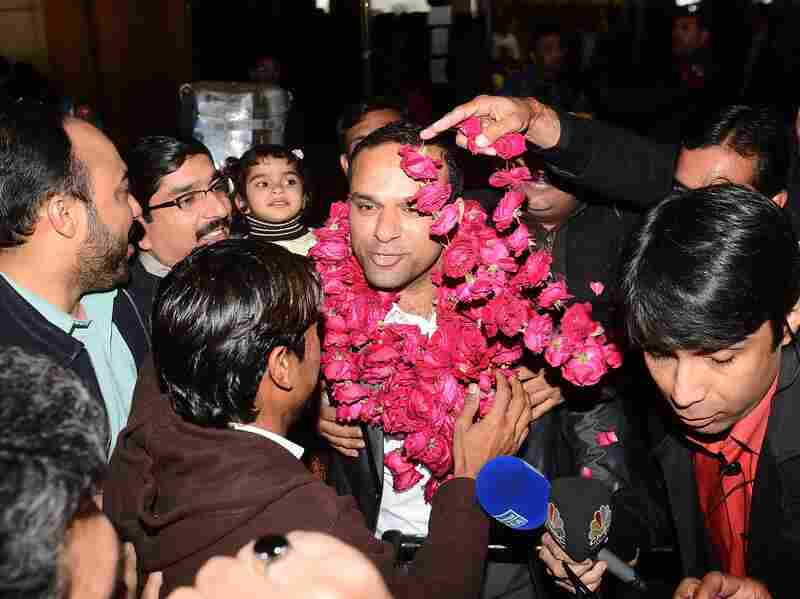 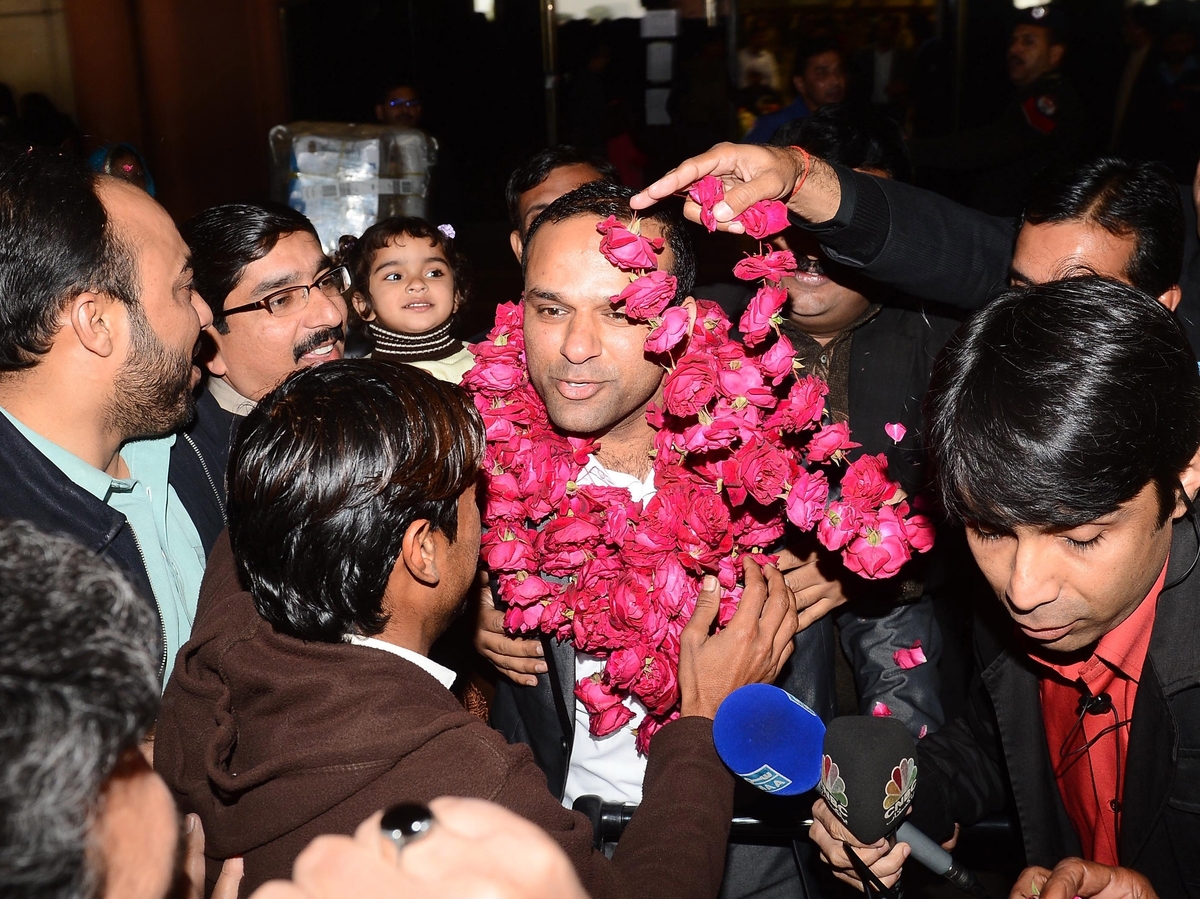 It had the desired effect — people started flocking to his stall.

"Even the customers said, if you don't sing the song, we will not buy the fish," he says.

A freelance Web designer filmed Nazir's song and put it up on YouTube. The rest, as they say, is history. Nazir found out from a friend that he was a YouTube sensation.

Nazir had arrived in the U.K. this time last year to live what he called "the London Dream." He got the job as a fishmonger and never expected to emerge an entertainer.

Over Christmas, he found himself up against the winner of the X Factor competition for the coveted Christmas No. 1 spot in Britain — he got to No. 4. Now the rapper Timbaland has done a "One Pound Fish" cover, and Nazir is hoping to cut an album next.

Not surprisingly, Nazir's four children, who have been living in Pakistan with their mother, have memorized the song, with various degrees of success. Around town, they are called "The One Pound Fish Man's Kids." Nazir is hoping to go to Paris for the song's French release early next year.

Ironically, Nazir's 16 million views have been almost entirely without the help of his countrymen. The video is available almost exclusively on YouTube, which has been blocked in Pakistan for the past four months.

So Nazir's fame at home is largely through word of mouth. The Pakistani government started blocking YouTube in the fall, after an anti-Muslim film posted on the website sparked deadly riots here.

For several hours last weekend, Pakistani authorities lifted the ban. But when they discovered that the anti-Muslim film was still posted on the website, they shut it down again.