Accessibility links
Dropkick Murphys: A 'Rose Tattoo' Tells A Life Story If there's a soundtrack for last call in a Boston dive bar, the Dropkick Murphys' music is on it. The new single from the Boston-based Irish punk band memorializes singer and bassist Ken Casey's grandfather, and refers to an actual tattoo on his arm. 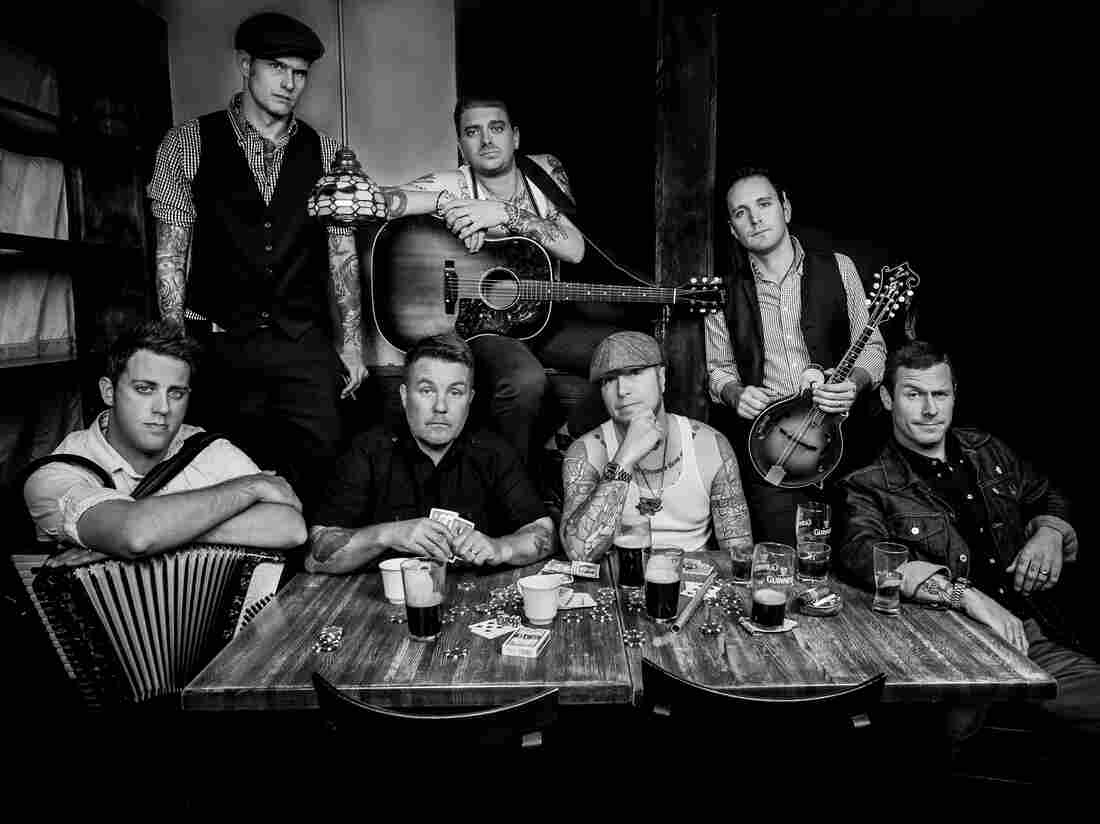 "Rose Tattoo," by the Irish punk band Dropkick Murphys, memorializes the grandfather of singer and bassist Ken Casey (left of center, at table). Courtesy of the artist hide caption 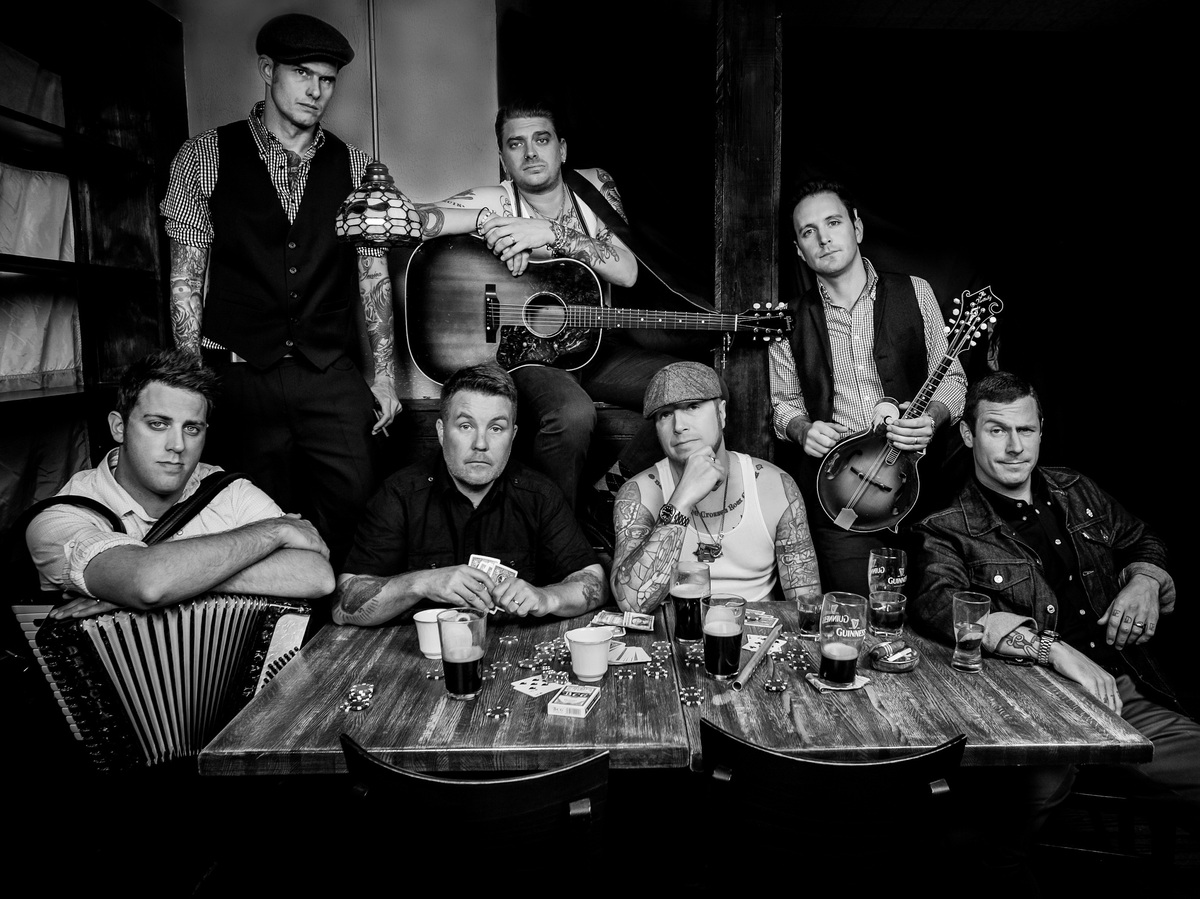 "Rose Tattoo," by the Irish punk band Dropkick Murphys, memorializes the grandfather of singer and bassist Ken Casey (left of center, at table).

If there's a soundtrack for last call in a Boston dive bar, the Dropkick Murphys' music is on it. The group has been a local favorite for more than a decade, but even outlanders are familiar with Dropkick Murphys' mix of punk and Irish music, which has spawned two major hits: a reworking of the old Boston Red Sox anthem "Tessie" and "I'm Shipping to Boston," which was featured in Martin Scorsese's The Departed.

For founder, bassist and singer Ken Casey, these songs aim "to tell you a life story in four minutes." The Dropkick Murphys will release a new album, Signed and Sealed in Blood, next week, and its single "Rose Tattoo" was inspired by Casey's own tattoos.

"Throughout life — trials, tribulations, dates, times, places, things that are important to you, family, people who have passed away — tattoos on my body document my life and what I've been through, things that have been important to me," Casey tells NPR's Audie Cornish. "You know, they're all a part of the story."

The rose tattoo itself appears on Casey's arm and is a memorial to his grandfather, who raised Casey after his father had died.

"He taught me most things that make me who I am today," Casey says. "He was a big union guy in Boston. It's in a visible place for me, and I look down and I see it a lot. He was such an inspiring man that it inspires me. Oftentimes, I just catch it out of the corner of my eye and it literally changes my mood when I think of him and what a strong individual he was."

Dropkick Murphys fans are just as proud of their tattoos — many of them sporting ink that pays tribute to their favorite band. Within five days of releasing the artwork to Signed and Sealed in Blood, Casey says that more than 100 tattoo submissions came into the band's website and now feature prominently in the music video for "Rose Tattoo."

Signed and Sealed in Blood will be released in the U.S. on Jan. 8.