Accessibility links
Who's Gay On TV? Dads, Journalists, Investigators And Footmen Neda Ulaby looks at the current landscape of gay characters on television, from the highest brows of Downton Abbey to the surprisingly welcoming world of reality shows. 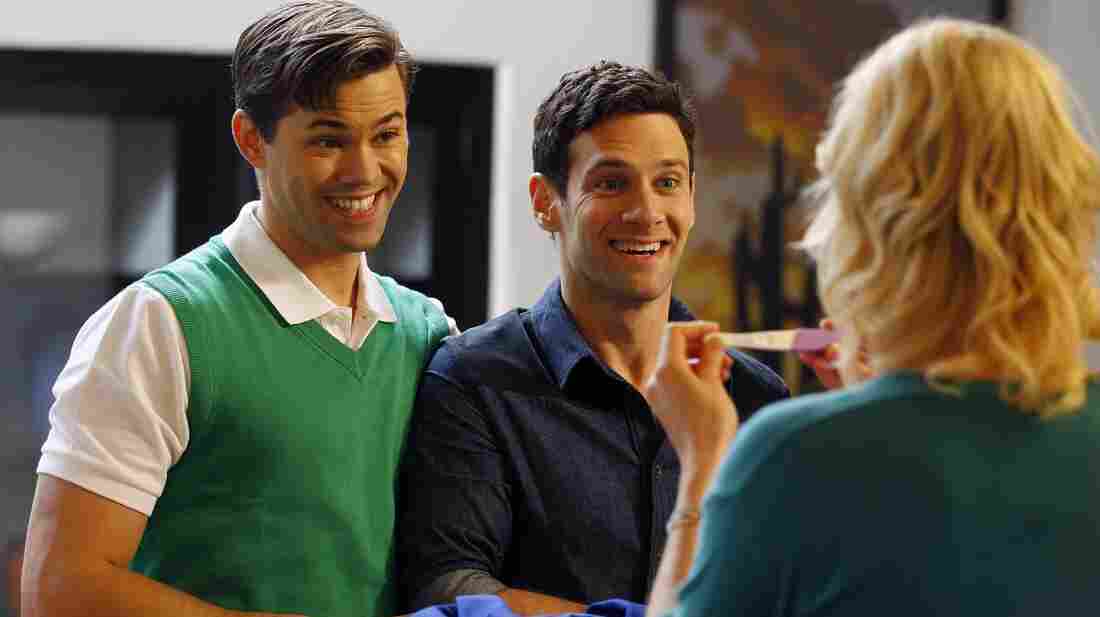 Partners Bryan (Andrew Rannells) and David (Justin Bartha) decide to use a surrogate to expand their family in The New Normal. Trae Patton/AP hide caption

"We're having a baby, Bri!" croons one of the leads on NBC's The New Normal. "This is our family. You, me and that kid forever."

It's a mini-boomlet, says real-life white gay dad and sociology professor Joshua Gamson. Not too long ago, he says, pop culture mainly defined gay men as promiscuous and deviant, rather than monogamous and devoted to their families.

"It does seem like a strong counter-stereotype of how gay men have been portrayed over the past, whatever, 50 years," he says. 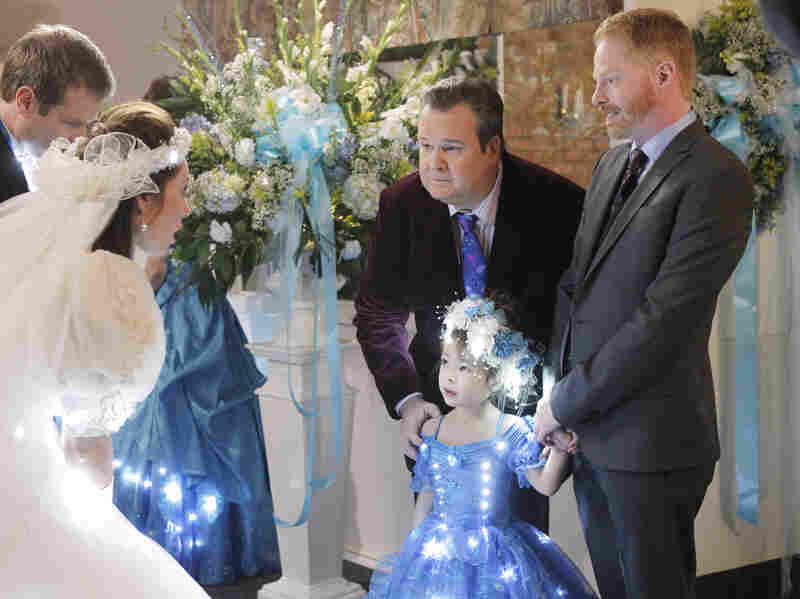 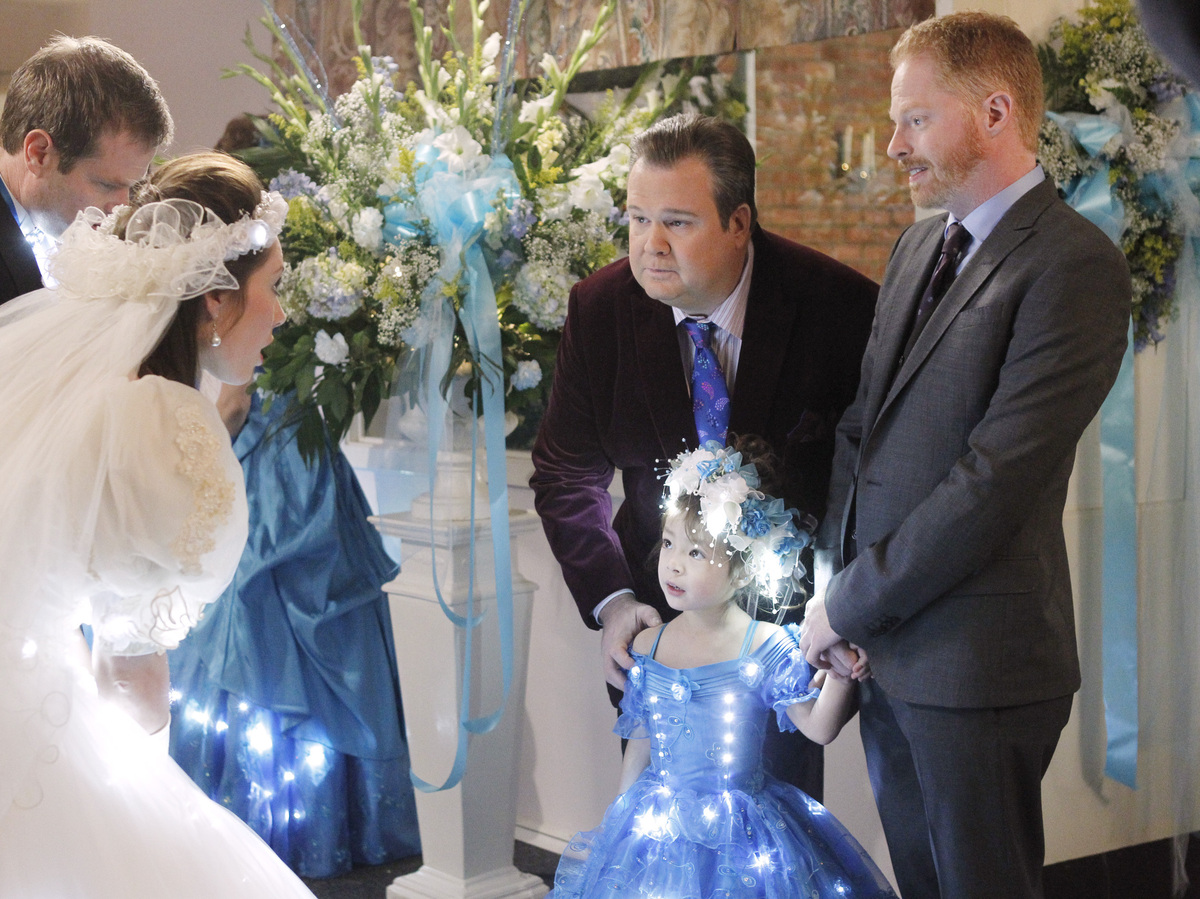 Think about one of the most popular sitcoms on TV today, says Max Mutchnik, who helped create Will and Grace.

"Modern Family introduced us to the whole world of gaybies," he noted.

Mutchnik's latest show, called Partners, also gay-themed, was recently canceled. But Mutchnick says any show with openly gay characters should reflect people audiences could know in their real lives. So we see gay men and lesbians in real life with babies — or "gaybies," if you will.

Meanwhile, gay TV pioneer Ellen DeGeneres is a face of the multibillion-dollar cosmetic company Cover Girl, and television overflows with gay and lesbian characters, from the pudgy bro Max on the ABC show Happy Endings to the crusading lesbian journalist on the cable hit American Horror Story.

Ryan Murphy dreamed up American Horror Story. And The New Normal. And Glee. His memories of watching TV as a child are best described as bleak.

"I was a little sad gay boy growing up in Indiana," he recalls. "And my visions of what was gay were what I saw on TV. Paul Lynde on Hollywood Squares, who I loved, and Charles Nelson Reilly on the Password shows."

Gay audiences clung to what they had — signifiers and stereotypes — says Dave Kohan, Mutchnick's non-gay collaborator.

"Remember that show called Love, Sidney?" he says, referring to an early 1980s sitcom starring Tony Randall as a wealthy gay man living with a little girl and her mom. The character's sexuality was barely even an open secret.

"He wasn't gay, he was shy," Kohan wryly observed. "It was another three-letter word ending in 'y.' We always said he went to shy bars." 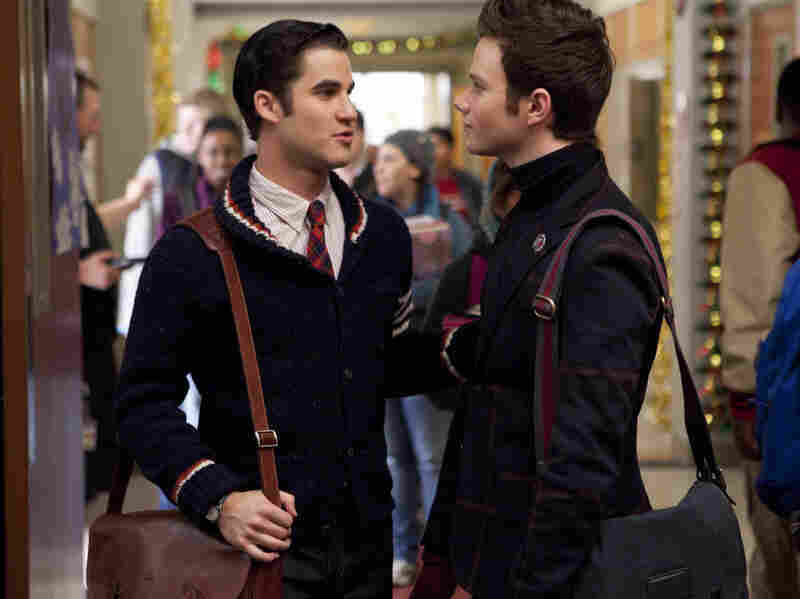 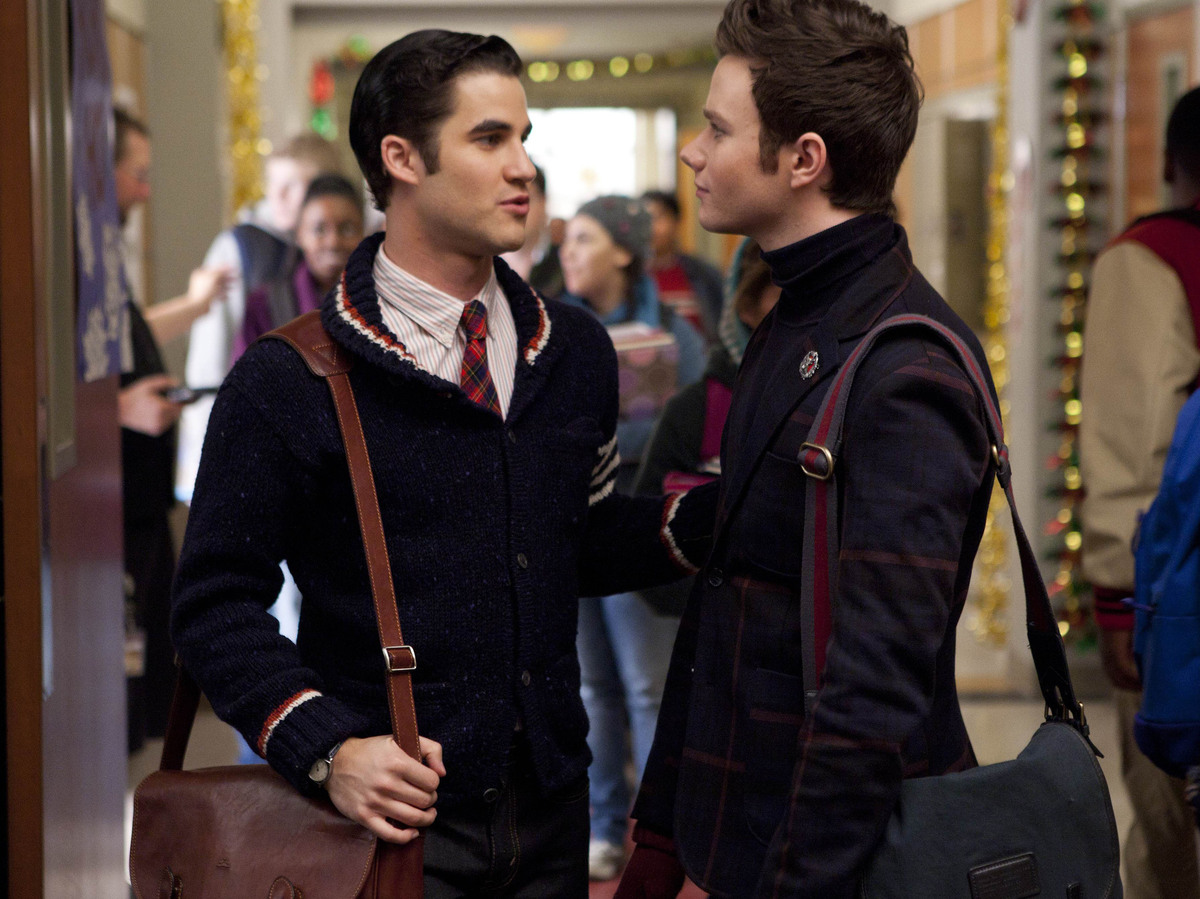 What a staggering sea change when you fast forward to what's on TV today. Back in the days of Love, Sidney, even a "shy" character courted controversy. Today, there's no controversy at all when Glee, arguably the gayest show on network television, models what it's like to be a gay kid or how to parent one.

"The Kurt/Dad story on Glee was completely based on the relationship I wished I had had with my own father," Ryan Murphy says.

If anything, Murphy says, Glee has had to deal with a kind of opposite controversy — fans complaining vociferously about gay characters not being affectionate enough with each other. Equality is not exactly television's strength when it comes to LGBT representation. Last fall, Gallup released findings about its largest poll ever about gay Americans. Slightly more women identified as gay than men, and more African-Americans, Asians and Latinos said they were LGBT than whites. So where's that on TV?

"Actually, there have been a lot of women of color, which has been great," said Trish Bendix, who runs a website called AfterEllen.com, which tracks lesbian representation on television. She rattled off at least a half-dozen shows with non-white queer female characters: White Collar, The Good Wife, Underemployed, Pretty Little Liars, Grey's Anatomy, Glee.

But too often, says Bendix, these are small roles played by exoticized, slinky femmes. "Like, 'the other' is always going to be the other," she observed ruefully. "So we'll just pile all that otherness on the one person."

Sexual others have long found one natural home on television: reality shows — all the way back to the very first one.

An American Family aired on PBS in 1973. It followed a family over an inadvertently eventful year that included a son coming out. Then The Real World two decades later, then Queer Eye for the Straight Guy. Suddenly, TV screens swelled with gay, lesbian, bisexual and transgender characters on reality shows, from Survivor to The Voice to RuPaul's Drag Race.

Maybe it's because the genre depends absolutely on a sense of authenticity, says celebrity chef Susan Feniger. She has competed on the skill reality show Top Chef Masters. She says people who have had to define themselves as different might have an edge in reality casting.

"Reality TV, if you're open with yourself and who you are, then why wouldn't you be openly out?" she wondered. "Especially now. Being out is hip right now!"

Right now, gay representations on TV are seemingly boundless. Winning The Amazing Race. Anchoring the news. There's even an entire gay cable channel, Logo. And gay and straight audiences are relishing gay TV villains that not too long ago might have been deemed offensive caricatures.

Take Thomas, the evil gay footman on Downtown Abbey. That character once might have been seen as a homophobic stereotype. Now, he just blends into an ever-expanding universe — one that's in fact even bigger than the actual number of gay people in the population. A study by the Gay and Lesbian Alliance Against Defamation shows 4.4 percent of characters on TV are gay. Gallup measures the actual percentage of gay Americans as 3.3 percent.