Accessibility links
Pakistan's 'Patriot Act' Could Target Politicians A Pakistani bill would allow intelligence and law enforcement agencies to tap phones, monitor Internet traffic, and follow people they suspect are terrorists. Security agencies in Pakistan already do this, but the new bill will give them the legal cover to do so. 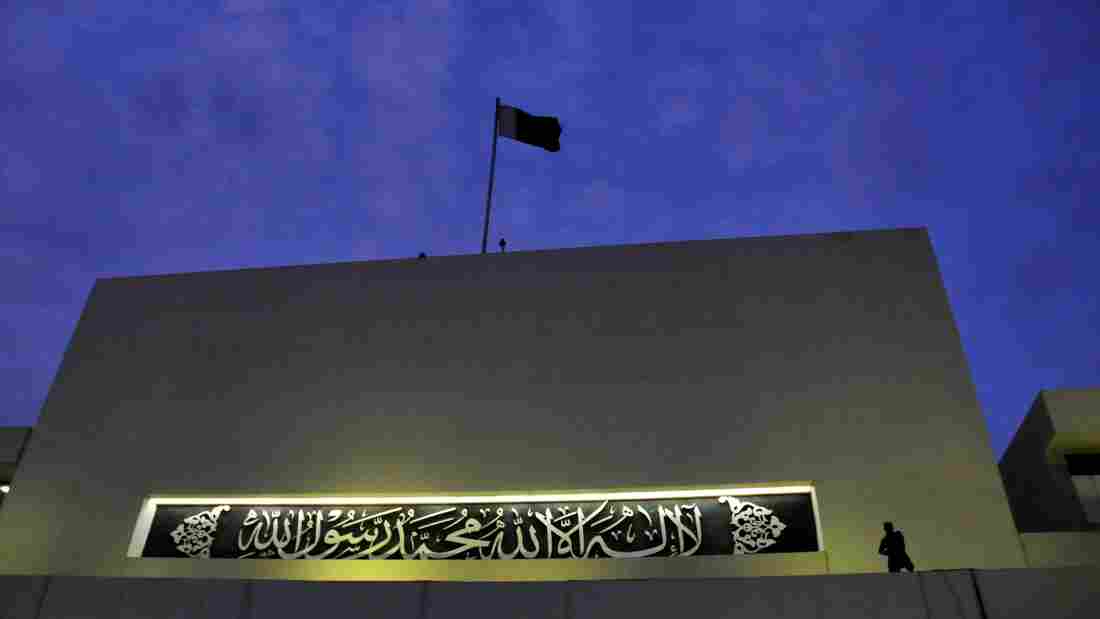 A policeman stands guard at the Parliament building in Islamabad, Pakistan, in June. The Lower House recently passed a bill similar to the United States' Patriot Act, touching off a debate about privacy in the country. Ahmad Kamal/Xinhua/Landov hide caption 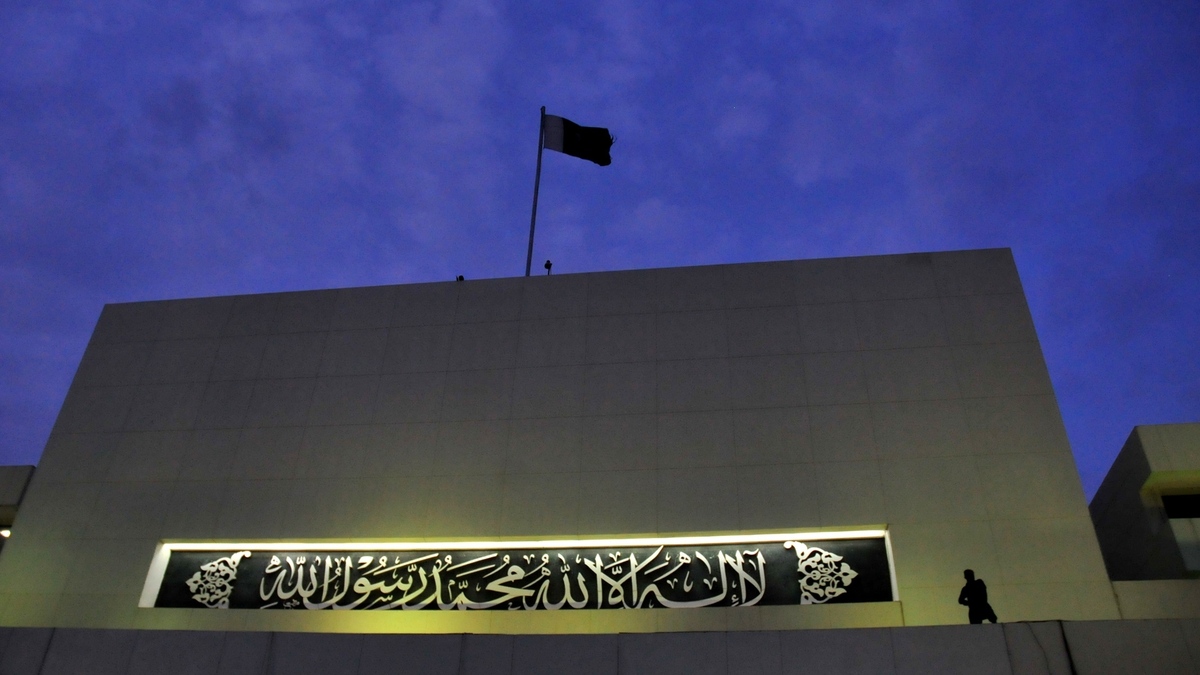 A policeman stands guard at the Parliament building in Islamabad, Pakistan, in June. The Lower House recently passed a bill similar to the United States' Patriot Act, touching off a debate about privacy in the country.

It has been presented to the Pakistani people as a way to update existing law and usher the rules for investigation in Pakistan into the 21st century. Among other things, it makes electronic eavesdropping admissible as evidence in court.

To American ears, the argument for the new law should sound vaguely familiar. Pakistani officials say that in order to fight the war against terror, they need to be allowed to capture emails, listen in on cellphone calls, and track suspects so they can stay one step ahead of the terrorists.

That's the same argument FBI Director Robert Mueller made before members of Congress when the FBI sought changes in the Patriot Act.

The difference is that the Pakistani version has been introduced into an entirely different societal context. To begin with, it is an open secret that security agencies in Pakistan already tape phones and monitor email with impunity.

They are supposed to get warrants to do this, but they rarely do. The bill is seen as legal cover for what is already common practice. Another difference: This being Pakistan, the feeling among those who are following the bill is that the investigative powers won't be limited to terrorists. Politicians, they believe, are likely to be the main targets.

"There are two sides of the argument. One is that this is a country at war — a war within and war in the region — so you need certain laws to protect people from terrorist activity," says Harris Khaliq, a poet and columnist in Islamabad. "At the same time, Pakistan has a checkered political history and we as citizens are really wary of a situation where these laws or such policies could be actually used to oppress political opponents of whoever is in power."

It is common to use criminal charges as a brickbat against powerful politicians. Bribery and corruption charges are routinely filed and then dismissed. Smear campaigns are frequent. Democracy in Pakistan is too fragile to allow these kinds of sweeping powers, says Aasim Sajjad, a professor of political economy at Quaid-e-Azam University in Islamabad.

"Frankly, to be honest, it is not as if this act per se would be required for this sort of big-brother apparatus to operate. I think it operates in any case," Sajjad says. "The worry is that the state and the intelligence apparatus here has historically been so powerful and so unaccountable that there is a feeling that we would be totally surrendering every last remaining bit of independence or civil liberties" by passing the law.

While Sajjad's concern about civil liberties would be common in the United States, in Pakistan it is unusual. Aside from university professors and the liberal elite, opposition to the bill has been, at best, muted. While its passage in the lower house made the front pages of the English-language papers here, there was barely a whisper about it in the Urdu-language press.

"Amongst a fairly limited circle — activists and observers — there has been concern," Sajjad says. "But it hasn't generated or garnered the kind of response that I think would be necessary for some sort of countervailing pushback to prevent something like this from going through. It will pass the Senate and the president will sign it."

Mohman Hussein Baluch is a Ph.D. candidate in Pakistani studies at the university, and his reaction is typical of the students there. He says if he isn't doing anything wrong, he has nothing to fear.

"I am a peaceful citizen of Pakistan. I bleed in peace, so I am not worried about this," he says.

The Senate is more conservative than the Lower House in Pakistan, and it is expected to approve the bill and send it to the president for his signature early in the new year.