Accessibility links
Northern Mali: A Violent Islamist Stronghold Adam Nossiter, the West Africa bureau chief for The New York Times, is one of the few reporters covering the situation in northern Mali, where Islamist extremists allied with al-Qaida have taken control after a coup destabilized the country in April. 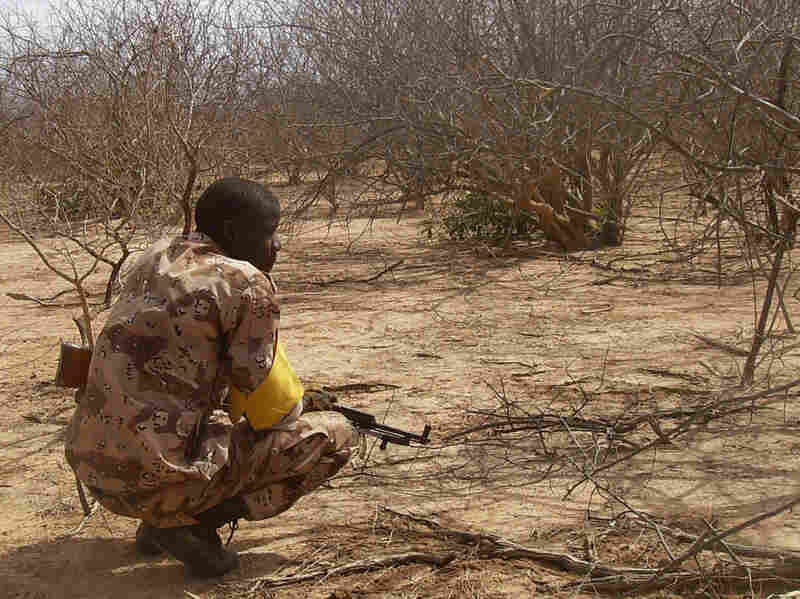 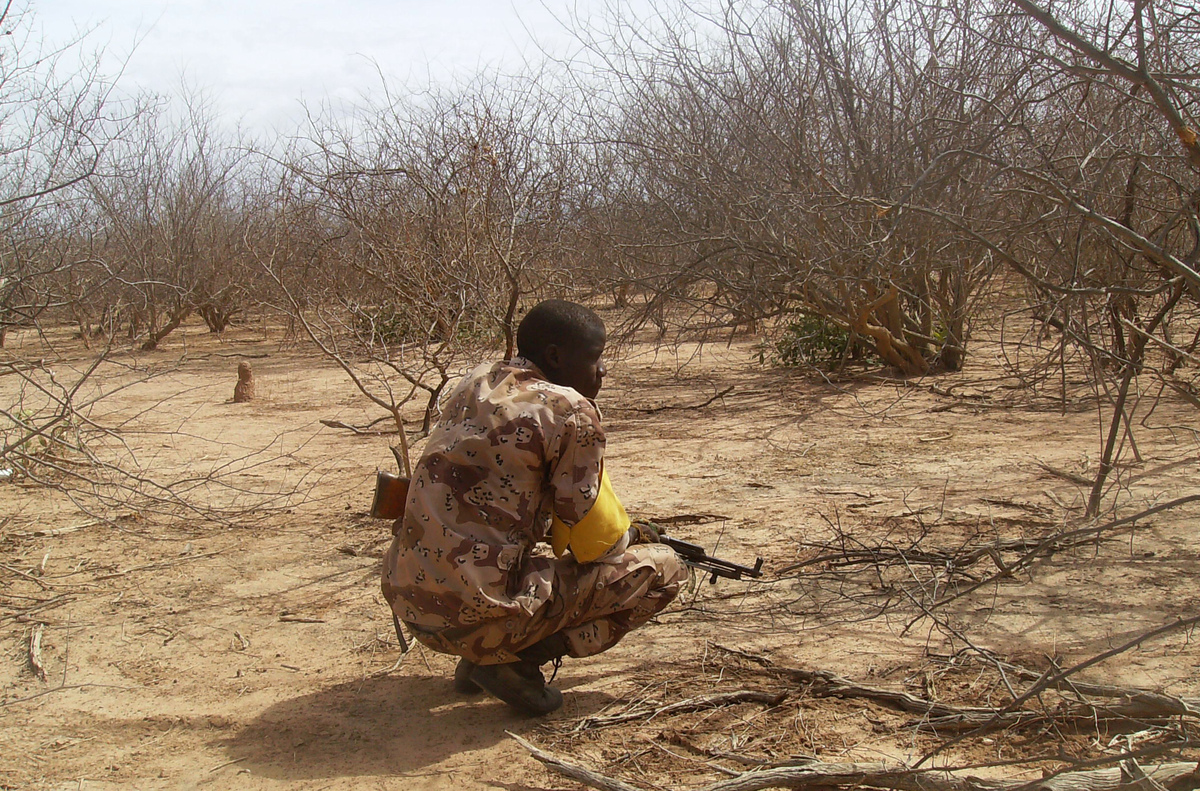 A Malian troop member checks bushes after a military raid in the Wagoudou forest.

This past spring, Islamic extremists allied with al-Qaida took control of northern Mali after a coup destabilized the country. Adam Nossiter, the West Africa bureau chief for The New York Times, has been reporting on the Islamist takeover in the north — but has had to do so by telephone. The kidnapping threat for reporters covering the conflict is virtually 100 percent, he says.

"If a Westerner like myself were to show up in northern Mali right now," he tells Fresh Air's Terry Gross, "we would be certain to be kidnapped, held hostage for ransom and probably, possibly, executed."

The Islamists have become wealthy thanks to the ransoms they've collected from kidnappings. They have earned an average of $2 million to $3 million per hostage from governments that pay, which has added up to an estimated $90 million over the past decade, according to Nossiter.

In these phone conversations, Nossiter has heard the Islamists in northern Mali justify, without remorse, the forced amputations they have carried out.

"They're amputating the hands and feet of people they accuse of theft," he says, "and they're doing this on a regular basis, and they're doing it in public to impress the local populations. ... Those who are doing this feel perfectly justified in doing this and, in fact ... they freely admit to it, and they say the Quran justifies everything that they do."

While it's difficult to know whether or not the charges are trumped up for political reasons, Nossiter says those responsible for the brutality are fanatics.

"It's very difficult to speak with them," he says, "because you feel like you're sort of talking in a tunnel or shouting against a wall. They will simply bring up over and over again the Quran. ... It's a circular sort of thing, and so there's really no reasoning behind it. It's a different way of thinking, and I don't believe that this is false or assumed on their part. ... These people are utterly convinced of what they're doing, totally impregnated with their version of the Quran."

"The resolution says to the neighboring African countries who have been agitated about this, 'Yes, OK: Go ahead, assemble your force, and you have our authorization to intervene.' But it does not say, 'We'll pay for this.' It does not ... give a timetable for this, and it doesn't say, 'The West will help you in this, this and this matter.' So it's all still in the offing. It's all still rather vague. I think the principle import of it is that the Security Council agrees that there needs to be military intervention in northern Mali."

On the response of Algeria, a key player in the region

"They're very reluctant to get involved, and the reason for that is the Algerians have come up with a strategy for dealing with the al-Qaida extremists that works for them, and that is a sort of modified containment. They keep these people outside their borders. ... Generally, now, [al-Qaida in Mali] don't bother the Algerians [with some exceptions] and that worked for the Algerians. As long as they're outside the borders of Algeria, the Algerians don't really care what they do elsewhere, and so it has been difficult for Western powers ... to get the Algerians very excited or interested in what's going on immediately to the south of them."

On a possible role for France, the former colonial power

"The French recognize that they can't simply themselves go into northern Mali and take out the Islamist extremists because, you know, then they're simply back in their old role of colonial power. They don't want to do this. On the other hand, the Malians, under their breath, wish that they would. But were the French to do so, the political consequences would be severe, disastrous."

"The al-Qaida group, especially in Timbuktu ... has set about the systematic destruction of the above-ground mausoleums — some of them centuries old — that the local people ... venerate because they contain the remains of people considered saints in the Sufi religion. And so they've systematically taken pickaxes and hammers to these monuments and leveled them, and this has been very, very shocking for the people in Timbuktu. They've expressed their horror to me over the phone shortly after having witnessed this. They've also banned any kind of music — and, of course, Mali has a very rich musical culture — but even so far as banning musical ring tones on cellphones. If they catch you with a cellphone that plays a tune, they'll confiscate it and they'll punish you. The only thing you can have on your cellphone is a verse from the Quran."