Accessibility links
For Many Kids, Winter Break Means Hungry Holidays Most kids look forward to their school's winter break. But millions of students in the U.S. get free or reduced-price meals at school, and when school is closed, many of those children eat less until classes are back in session. 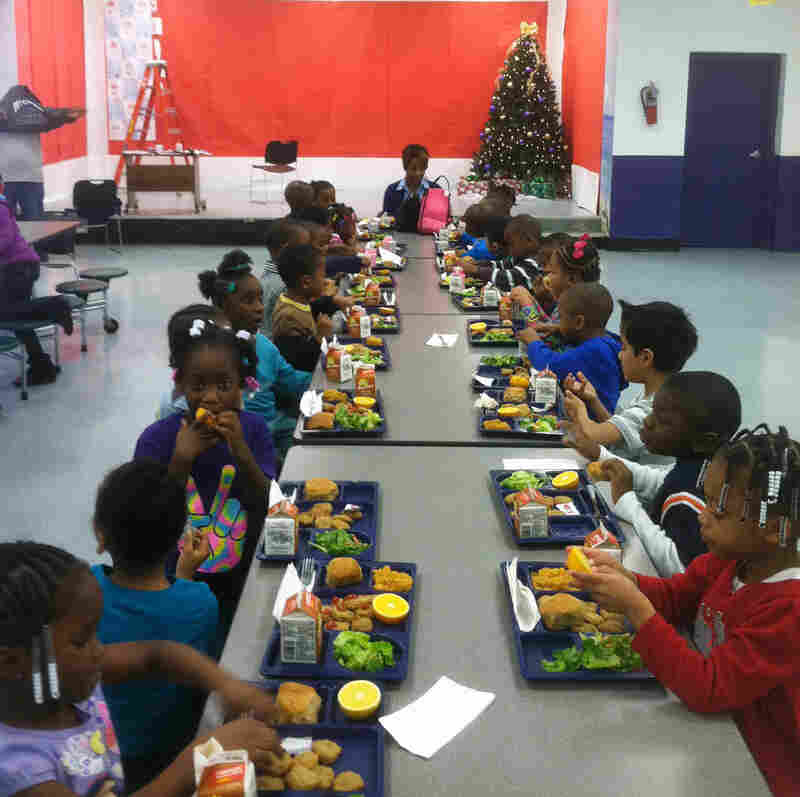 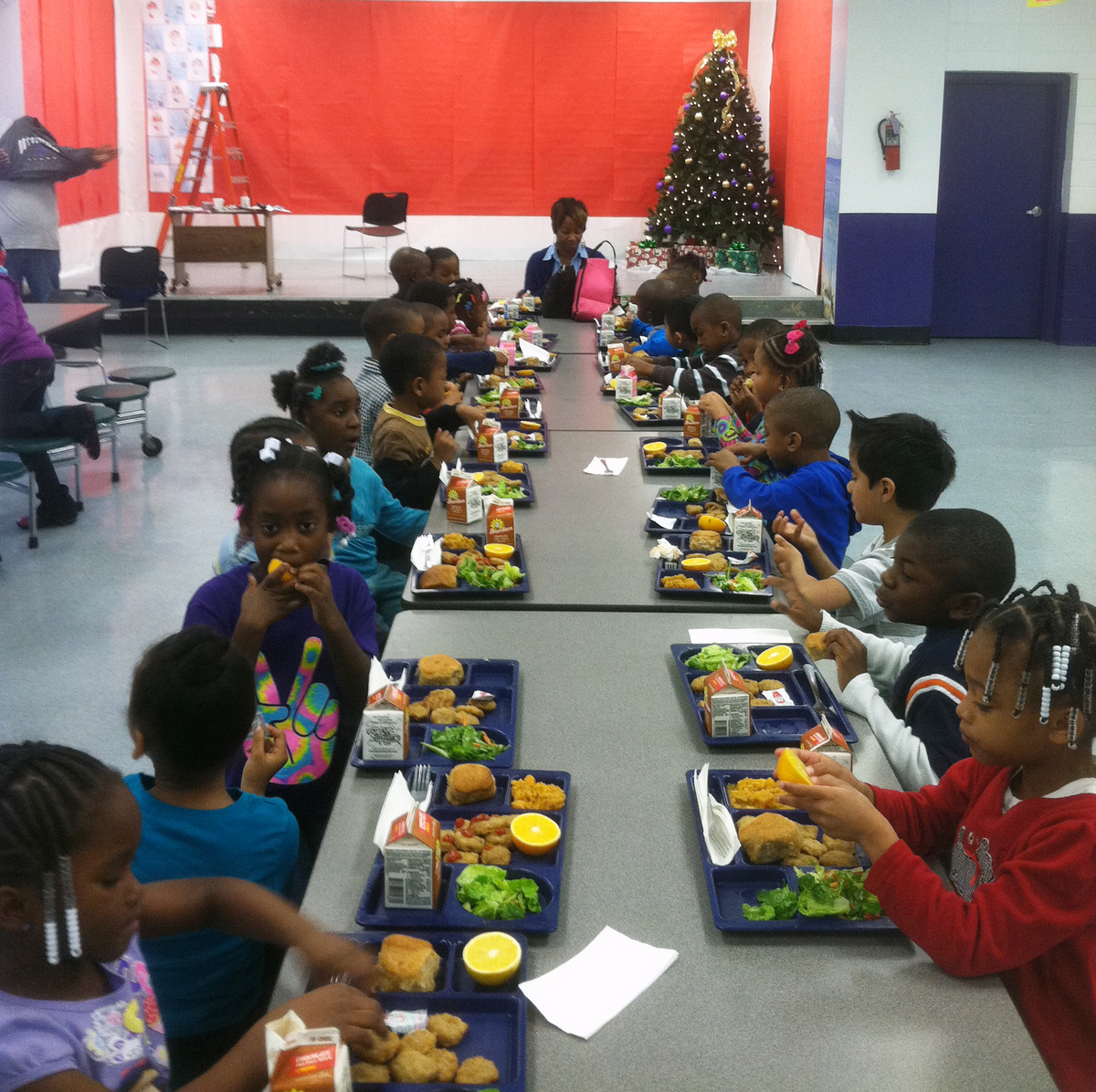 Holidays are typically a festive time, with breaks from the routine, meals with loved ones, maybe even some gifts. But for many families across the U.S., the season comes with intense stress: Roughly 1 in 5 families with children are not getting enough food.

For some, free or reduced-price school meals have become a major source of basic nutrition. When schools close for the holidays, many of those families struggle to fill the gap.

Rachel Price works full-time for minimum wage at a day care center in Birmingham, Ala. As a single mother, she worries about keeping food on the table for her own children and grandchildren.

"That hurts as a mother, trying to tell your child they can't go into the kitchen and get something," Price says. "It's definitely a struggle, you know. I have a lot of sleepless nights. I cry a lot."

That's because of practical details that some people never have to worry about. But for Price and others, those "little" things, like her kids' doctor visits or trips to the supermarket, can get big quickly.

"A lot of times you sit and you wonder, 'Am I going to have enough? Do I go with cheap — you know, do I go with noodles and sandwiches — or do I go with healthy meals?' " Price says. Sometimes her children's iron levels have been low, she says, because she chose the noodle route.

Price has a somewhat easier time during the academic year, when her kids get free breakfast and lunch at school. But when school is on break, a lot of children do go hungry, says Karen Kapp, director of Better Basics, a children's literacy and enrichment program near Birmingham.

And as kids' brains mature, Kapp says, the ones who don't get enough food fall further behind their better-fed peers.

Linda Godfrey, who advises school districts on their meal operations, has also run summer-school feeding programs. Sometimes, she says, children would "have their faces to the door" as early as 6 a.m. "And as soon as the doors would open at 11 o'clock, they would already be lined up, and they were extremely hungry. Especially on Monday."

Even with school meals, food stamps and food banks, some kids just aren't getting enough to eat. A recent national survey from the anti-hunger organization Share Our Strength found more than half of teachers have used their own money to buy food for hungry students. They know hunger increases the chances of academic failure, which can push people toward unemployment or even crime.

Now On The Menu For Hungry Kids: Supper At School

School systems and communities do have programs to get food to needy kids during breaks, but often funding is short. And there are other problems, too. Summer programs, in particular, tend to rely on centralized feeding sites, but some families don't have cars.

There are psychological obstacles for some parents, as well, says Ward Williams, founder of Vineyard Family Services, a small nonprofit tucked in the back of a church in Shelby County, Ala.

"There's been a lot of people who had never gotten help from any kind of agency before," Williams says. "They're too proud to ever ask for help, so the kids were struggling."

Making It Through The Weekend

Williams, together with Stephanie Grissom, runs "Backpack Buddies," one approach being tried across the country to fight weekend hunger. The program also sidesteps the stigma of accepting help.

"We make sure we have two lunches, and we have two breakfasts," Grissom says, packing up food for children's meals. "And then it all goes in a bag. And ... we want it to be discreet. It's not labeled, and they can't see through it."

Grissom and Williams drive the bags to elementary and middle schools, some as far as an hour away. They unload the meals for school counselors like Valley Elementary's Kay McCrae, who get them to needy kids to take home on Fridays.

"They'll wink at me in the hall or give me a thumbs-up," McCrae says. "And sometimes they even come up and give me a hug and whisper in my ear, 'Are you bringing my bag today?' It almost brings tears to my eyes."

The program also strengthens the counselor-student relationship, and school staffers say the program is boosting grades.

But McCrae and food-service expert Linda Godfrey understand the big picture — and the problems are bigger than backpacks.

"I had children that would come up to me and say, 'I really don't want to be out of school for Christmas because we know we're not going to get much to eat,' " Godfrey says. "We can say over and over and over, 'It's a parent's responsibility to feed their children.' But the bottom line is, they don't."

The reasons for that are complex, as are the solutions. But for many families – especially the kids — holidays aren't all parties and lights; they're about hunger, too.

This story was produced in collaboration with Southern Education Desk, a public radio reporting project that focuses on education in the South.