Accessibility links
Wind Industry Secures Tax Credit, But Damage May Be Done Uncertainty over the credit had lingered for a while, causing the industry to put off long-term planning. So while the now-approved tax credit revives prospects for an industry facing tens of thousands of layoffs, don't expect to see many new turbines coming up soon. 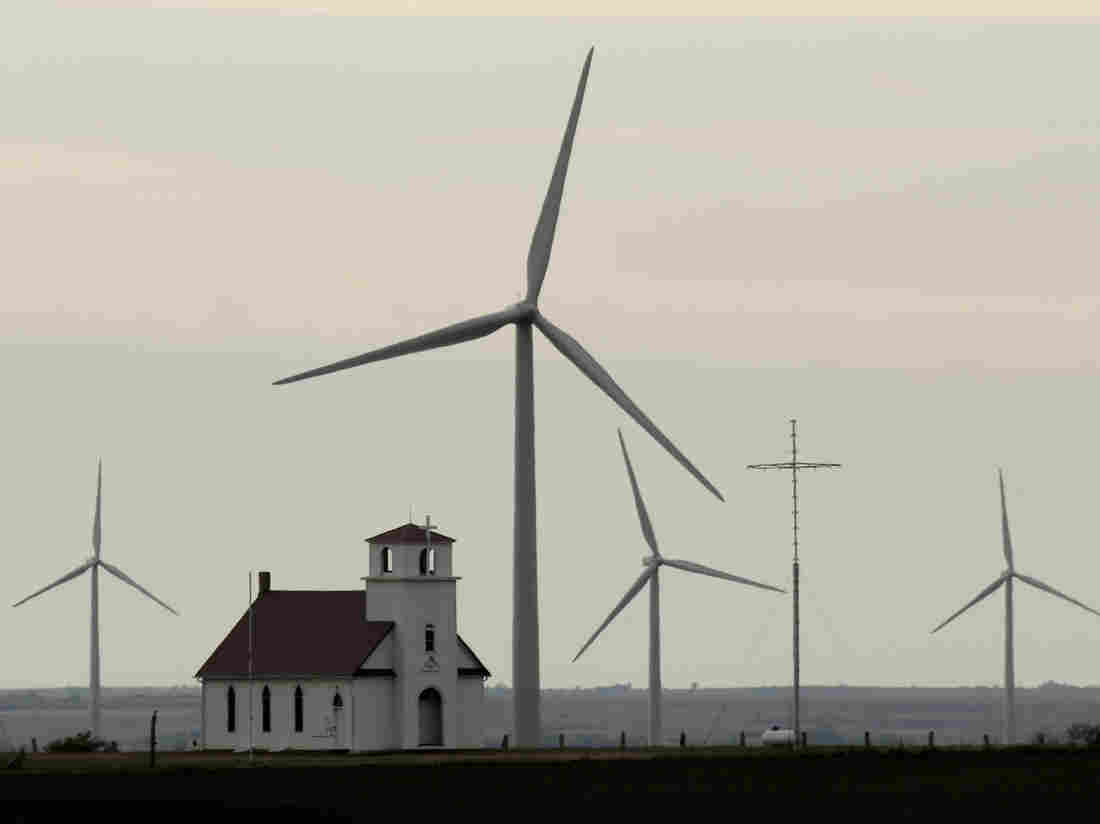 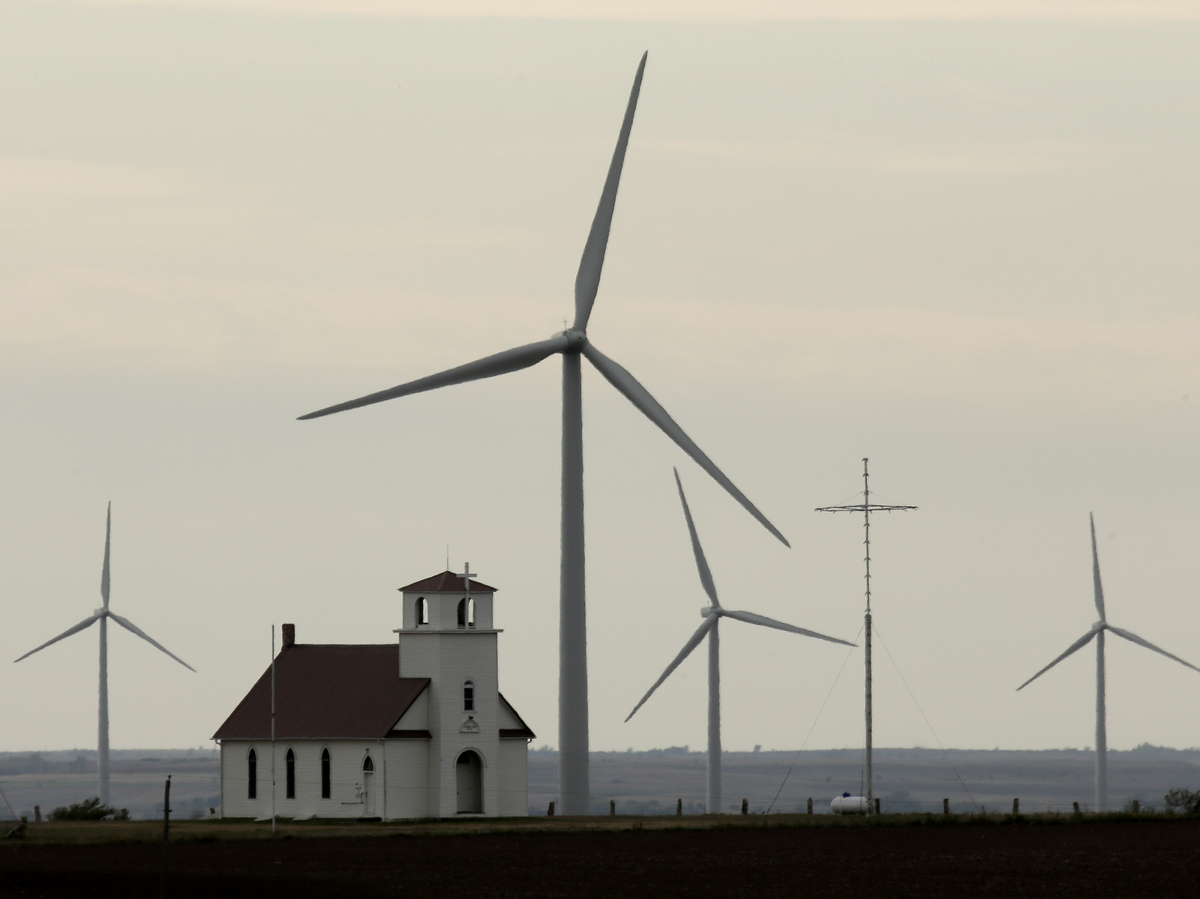 Wind turbines dwarf a church near Wilson, Kan. Although Congress voted to extend a wind energy tax credit, the temporary uncertainty dealt a blow to the industry.

The wind energy industry is dependent on something even more unpredictable than wind: Congress. Hidden in the turmoil over the "fiscal cliff" compromise was a tax credit for wind energy.

Uncertainty over the credit had lingered long before the last-minute political push, causing the industry to put off further long-term planning. So while the now-approved tax credit revives prospects for an industry facing tens of thousands of layoffs, don't expect to see many new turbines coming up soon.

Mark Goodwin, head of developer Apex Wind Energy, says his company was "on pins and needles" over the "fiscal cliff" negotiations. It was worried about extension of the tax credit, which keeps wind energy prices competitive with electricity produced from fossil fuels.

"Without the [tax credit], the cost of the wind energy for a specific project is going to be about a third higher," Goodwin says.

Congress renewed the tax credit for a year, but the industry had no idea which way it would go, so it had to prepare for the worst. Nobody wanted to gamble on starting a project that wouldn't be competitive. So after rushing to complete as many projects as possible before the tax credit expired, developers stopped planning for the future. Some companies had to lay off workers. Some manufacturers went bankrupt.

Apex stopped hiring and tried to hold on to the workers it had.

"Apex has 60 people, so we really had to push the 'I believe' button to keep them on payroll that the policy would come back," Goodwin says.

So while there is a tax credit now, there won't be many new wind farms coming up in 2013. That's the downside.

Clavenna says a small change in the tax credit means firms don't have to finish wind farms in 2013 to get the credit; they just have to start them. So he says 2014 and 2015 are looking up.

Firms can start planning again. Since wind farms take about a year and a half to build, new ones might start coming back online in 2014. But alongside all of this up and down is a debate in Congress over whether the wind industry deserves to have a tax credit that has propped it up for two decades.

The industry, Clavenna says, sees that writing on the wall.

"Even the wind industry says we need these subsidies, but it's OK to phase them out over six to 10 years," he says. "It is subsidy-dependent though it's getting really close to not being."

Technological advances have brought the price of wind down 25 percent since 2008, and Clavenna says if that continues, the industry will be able to free itself from the boom-and-bust cycle of tax-credit dependence.

In the short term, though, the credit expires again at the end of 2013. So new wind farms started in 2013 will be safe, but this time next year, new construction may be on hold again.