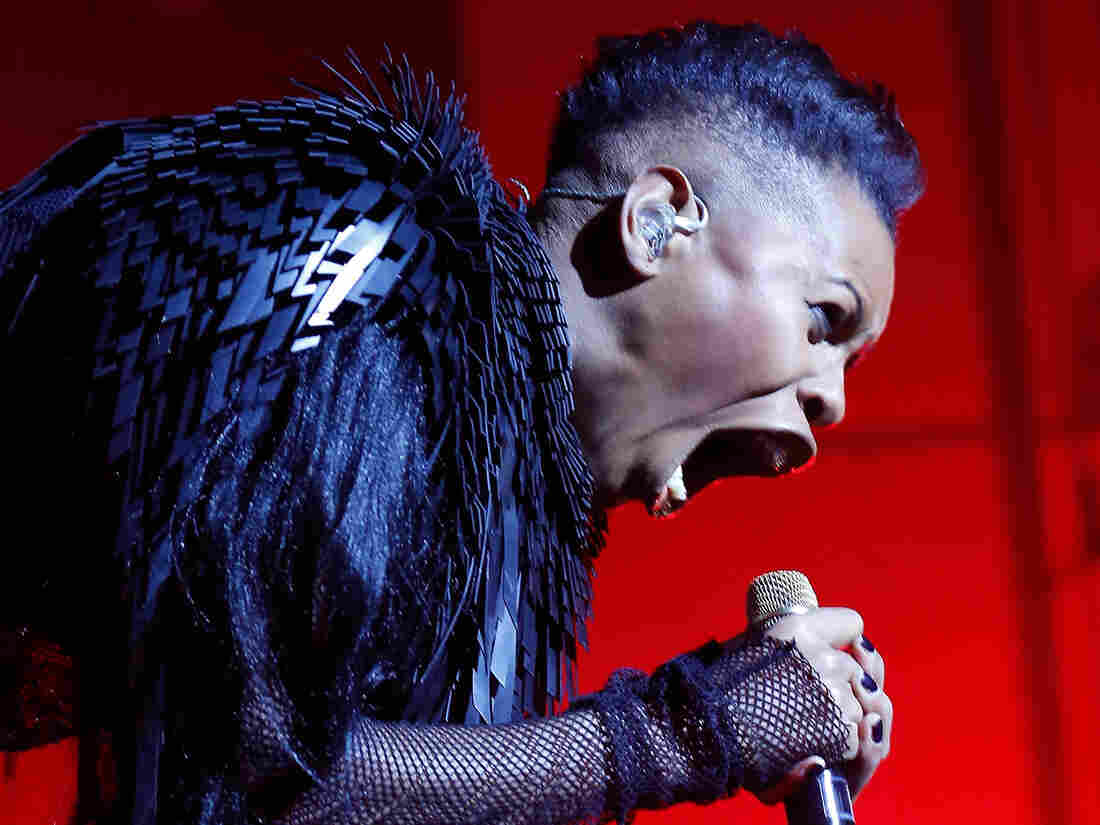 The singer Skin of Skunk Anansie performs at Brixton Academy in London last month. She wrote the foreword to Laina Dawes' What Are You Doing Here?: A Black Woman's Life and Liberation in Heavy Metal. Simone Joyner/Redferns via Getty Images hide caption 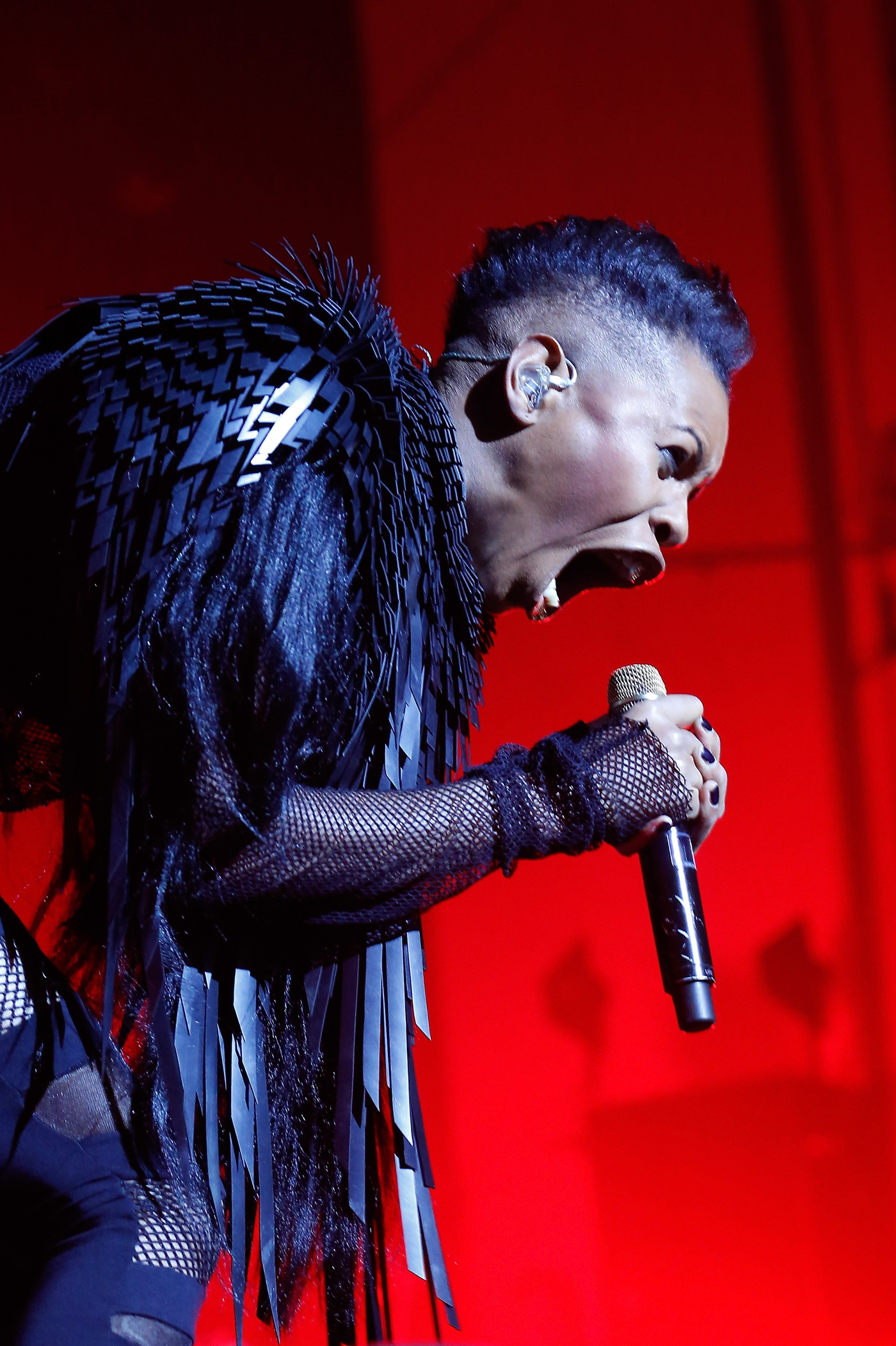 The singer Skin of Skunk Anansie performs at Brixton Academy in London last month. She wrote the foreword to Laina Dawes' What Are You Doing Here?: A Black Woman's Life and Liberation in Heavy Metal. 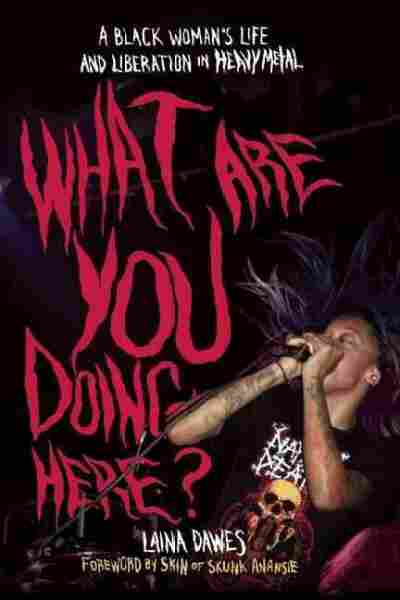 A Black Woman's Life and Liberation in Heavy Metal

Title
What Are You Doing Here?
Subtitle
A Black Woman's Life and Liberation in Heavy Metal
Author
Laina Dawes

Music journalist Laina Dawes is a contributing editor at BlogHer. She has also written for Exclaim! Canada and Hellbound. Courtesy of Bazillion Points hide caption

Music writer Laina Dawes is a die-hard Judas Priest fan. She's all about the band's loud and fast guitars, the piercing vocals — and she loves to see the group perform live.

Now, a fact that shouldn't matter: Dawes is a black woman. This, she says, can make things uncomfortable on the metal scene. She says she's been verbally harassed and told she's not welcome.

"There's still a lot of resistance in terms of who should be listening to what genre of music based on their gender and their ethnicity," Dawes says, "which does not make any sense to me."

Dawes writes about the issue in her new book, What Are You Doing Here?: A Black Woman's Life and Liberation in Heavy Metal. Speaking here with NPR's David Greene, Dawes explains how metal grabbed hold of her as a child in rural Ontario, and how she came to realize that connecting with her fellow fans would be an uphill battle.

On discovering metal as a young misfit

"Being 11 or 12 years old, I really resonated with the sound of anger and my internal struggles or what I was going through. I found that listening to the music in my bedroom, being able to feel like you could scream and yell and really express your anger, that really helped me out when I was a kid. ... I went to a primarily white school, so we dealt with a lot of racism. My parents, even though they were always there and supportive as much as they could be, I didn't feel that they were taking my concerns seriously. Like, you know, getting on the school bus and things being thrown at you and racial insults. As soon as I got home, I knew that I couldn't tell my parents. I knew that they wouldn't understand, and that really caused a lot of depression for me as a kid because I really didn't feel like I had anyone to talk to about it."

On feeling resistance from all sides

"There was a boy who went to another high school. He was really into metal, and we would talk on the phone, and I remember that he said that he wanted to meet me at a shopping mall on the weekend. And he said, 'Well, what do you look like?' And I said, 'Well, I'm black and this and this...' and he hung up the phone. I never heard from him again. [I also remember] my black female friends in high school and their parents wondering why I was wearing a Def Leppard T-shirt or whatever, and really kind of questioning me on my cultural legitimacy as a black person. All of those together made me really understand at a pretty young age that, as a black woman, I'm not supposed to be doing this, and there's something wrong with me because I enjoy this music."

On preconceptions about "black" and "white" musical styles

"In black communities, music is so integral in terms of a storytelling mechanism. Back in the blues era, African-American women were actually able to talk about their hardships and sorrows through music, and be very personal. [The same is true of] hip-hop because it's also obviously a black-centric music form. When I was in my 20s and hip-hop was coming out, a lot of black people felt that if you listened to hip-hop, that means that you're really black, that you're proud of yourself, that you know who you are. So when black people listen to 'white-centric' music — which is rock 'n' roll, country, heavy metal, punk, hardcore — it's seen that they are somehow not proud of who they are."

Read an excerpt of What Are You Doing Here?