Accessibility links
Budget Deal Provides Tax Breaks For Green Energy Whether you're a homeowner who bought an energy-saving refrigerator last year or a company hoping to build a wind farm, the tax package Congress just approved may give you a reason to cheer. 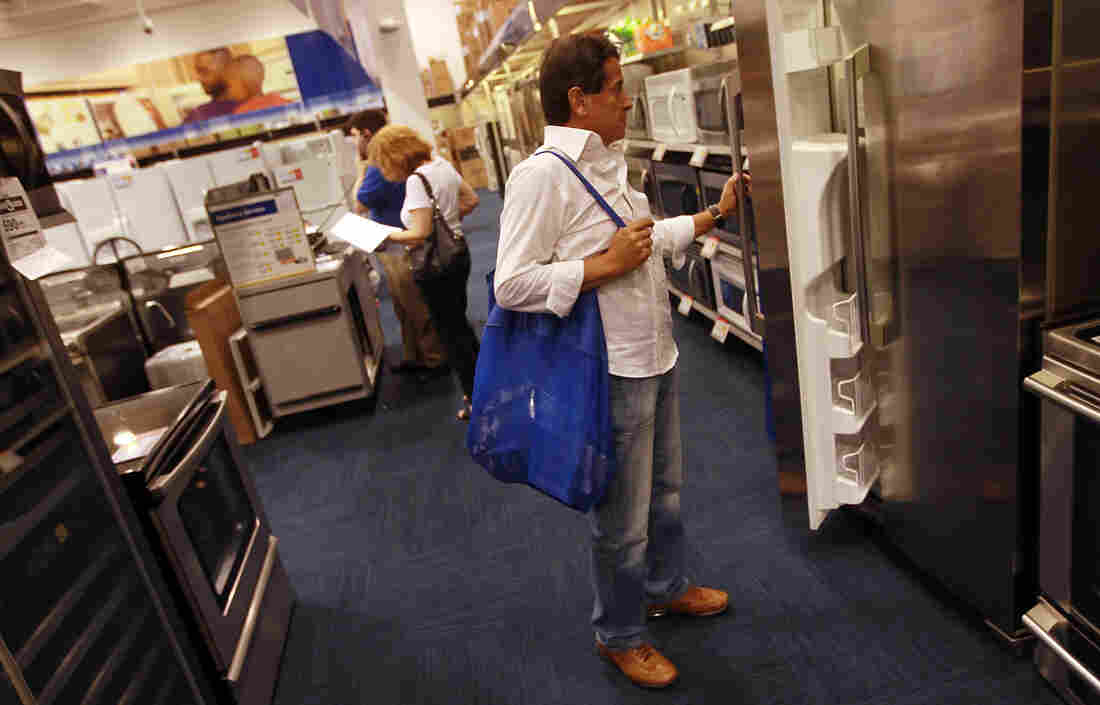 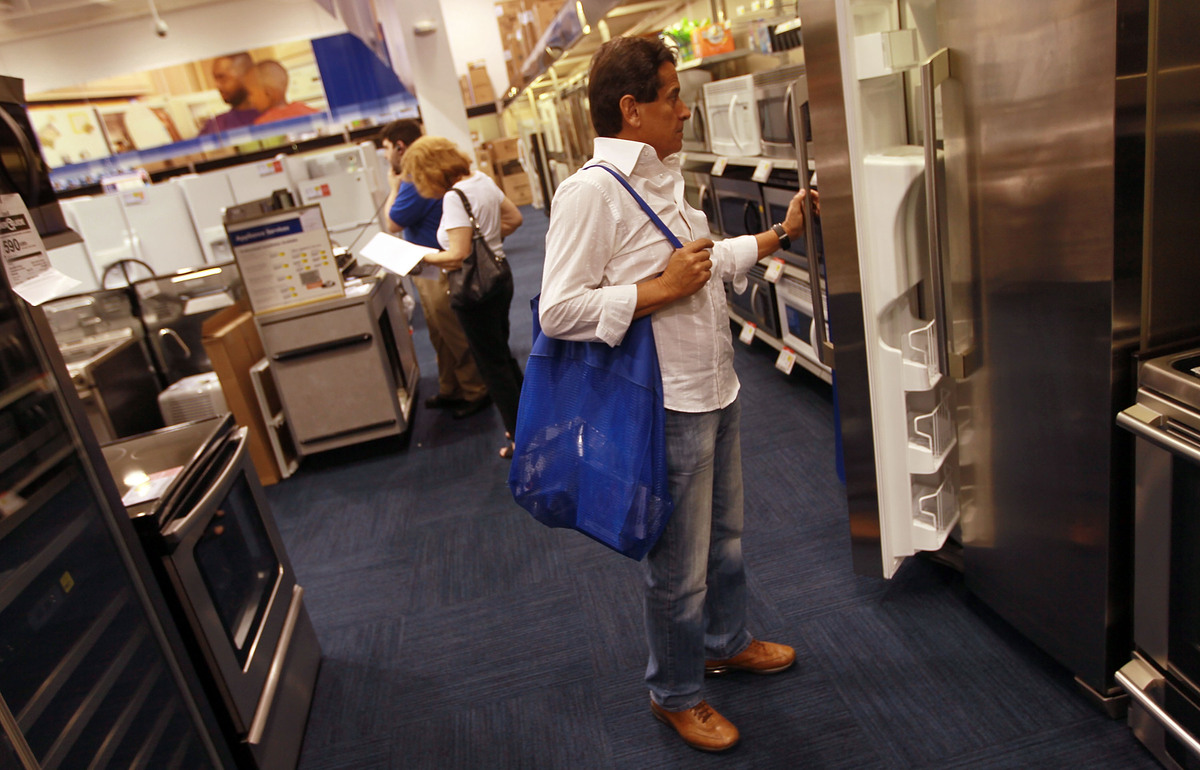 Ruben Fragoso checks out appliances at Best Buy in Miami in April 2010, when Florida residents were taking advantage of a federally funded discount for Energy Star-rated appliances. Legislation just passed by Congress as part of the fiscal-cliff deal includes tax breaks for energy-efficient appliances.

Whether you're a homeowner who bought an energy-saving refrigerator last year or a company hoping to build a wind farm, the tax package Congress just approved may give you a reason to cheer.

"It's got something in there, a Christmas gift if you will, for almost everyone — American homeowners, workers who commute via transit, and manufacturers of efficient equipment like clothes washers, dryers, refrigerators," says Kateri Callahan, president of the Alliance to Save Energy.

Homeowners can save up to $500 on taxes for 2012 or 2013 for installing more insulation or an energy-efficient furnace, for example.

The tax package is especially meaningful to clean-energy businesses that rely on tax benefits to stay profitable.

Jennifer Case, CEO of New Leaf Biofuel, and her colleagues had been betting on Congress coming through for them, so they are breathing a huge sigh of relief. The San Diego company turns used cooking oil into diesel.

"Everybody was thrilled, and now it's back to work today to sell the fuel that we now can afford to make," Case says.

Last year was a difficult year for New Leaf because Congress let a $1-a-gallon tax break for biodiesel expire. Even so, Case's company decided to triple the capacity of its plant. Case was hoping Congress would reinstate the benefit, and it did.

"I think coming to work every day is a gamble, but so far it's been a good gamble," she says.

Daniel Kunz runs U.S. Geothermal, a company that creates electricity from sources of superhot water that occur naturally underground. When it looked like Congress might not renew tax credits for renewable energy, his company shelved plans to expand one of its plants.

But then Congress not only extended the tax credit for renewable energy projects, it also changed the rules. Now, instead of needing to complete a project by the end of 2013 to be eligible, a company has to only start construction by the end of the year.

"In fact, this is going to help us make a decision, an economic decision, to go forward on a project that otherwise might not," Kunz says.

The tax benefits for green energy that Congress extended were originally created over the past decade. At the time, it seemed that energy sources, especially homegrown ones, were scarce. The country also seemed to be on the verge of setting limits on emissions of greenhouse gases like carbon dioxide.

"There was a sensible reason to want to subsidize a transformation," says energy analyst Kevin Book. It's harder to make a case for renewable energy now, given the booms in natural gas and oil, he says.

"All of these things are different now: Demand is declining, supply is increasing, the decarbonization mandate has weakened if not disappeared, and energy security isn't the risk that it used to be," he says.

Book predicts that the New Year's tax package may be the last big payday for green energy.

But Kunz, of U.S. Geothermal, says the United States should keep investing in renewable energy.

"It will never be the cure-all energy source, but it is a gift to our children when we build these things to have clean energy sources," he says.

These projects will produce less pollution, including greenhouse gases. They also can save money over the long haul because, unlike, say, a natural gas power plant, they don't need to keep buying fuel.