Accessibility links
'Death Of Bees' Captures A Grim, Gory Coming-Of-Age "Today is my birthday. Today I am fifteen. Today I buried my parents in the backyard." So begins Lisa O'Donnell's novel about two sisters who find their parents dead and, instead of reporting it, decide to keep it a secret until they can make it on their own. 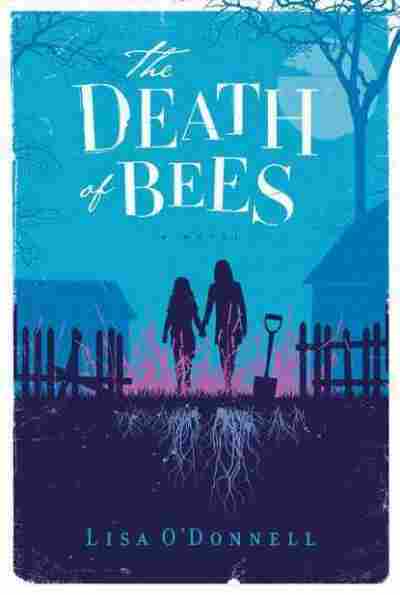 The Death of Bees

The Death of Bees is a story about two young girls living in a Glasgow, Scotland, housing project. And if you believe the first sentences of a novel are often the most difficult to write, try this beginning paragraph:

"Today is Christmas Eve. Today is my birthday. Today I am fifteen. Today I buried my parents in the backyard.

"Neither of them were beloved."

Those words, written by author Lisa O'Donnell, begin the story of Marnie and Nelly, two sisters who find their parents, Gene and Izzy, dead. But instead of reporting it, they decide to keep it a secret. Their goal is to make it until Marnie turns 16 and is legally allowed to care for her younger sister. Though really, Marnie says, she's always been the one taking care of Nelly:

"I was changing nappies at five years old and shopping at seven, cleaning and doing laundry as soon as I knew my way to the launderette and pushing Nelly about in her wee buggy when I was six. They used to call me wee Maw around the towers, that's how useless Gene and Izzy were. They just never showed up for anything and it was always left to me and left to Nelly when she got old enough. They were never there for us, they were absent, at least now we know where they are."

O'Donnell joins NPR's Linda Wertheimer to discuss how she came up with the story and the three narrators who tell it.

On how the novel grew out of that beginning paragraph

"I actually thought about writing it as a screenplay to begin with. And I thought of a girl who had lost her parents speaking. I looked at those lines for a really long time before I decided they were going to be a novel. That's really why I came up with them. I wanted a little girl who was on her own, by herself, neglected, alone. So I came up with this idea of two little girls, raising themselves and making their parents absent. And I toyed with the idea of having the parents go on holiday, just abandoning them. That wasn't enough for my sick mind. I came up with the idea of burying them in the back garden."

On the book's three narrators: Marnie, Nelly and Lennie

"Marnie is 15. She's tough ... straight-talking, mature, responsible. But she's still a child. She's sexually active; she drinks too much; she's doing a whole lot of things that she shouldn't really be doing for her age. She's older than her years, but there was no one in her life to stop her doing those things. Her parents were very neglectful of her and, you know, these are people that just weren't paying attention to the children. They were more interested in their own lives and the abuses that they were putting upon themselves. ... 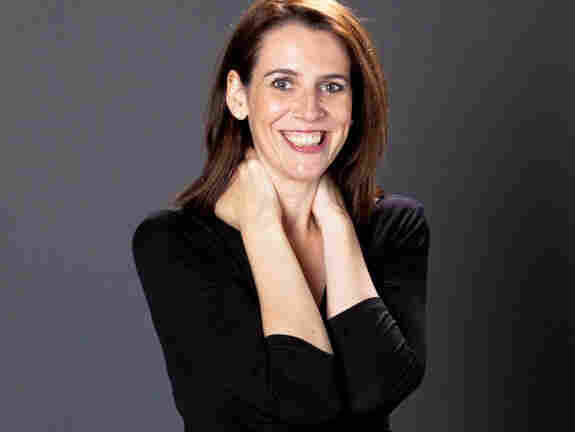 A native of Scotland, Lisa O'Donnell won the Orange Screenwriting Prize in 2000 for The Wedding Gift. Courtesy of HarperCollins hide caption 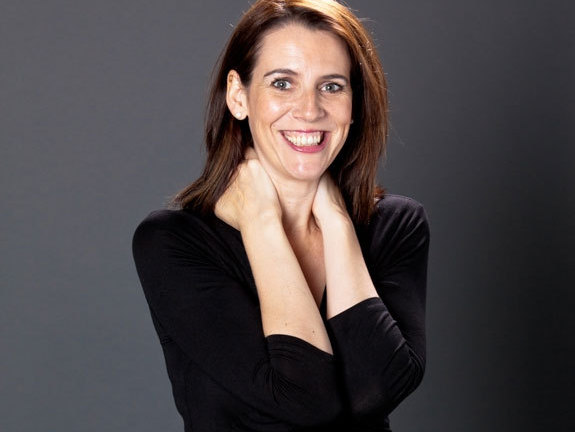 A native of Scotland, Lisa O'Donnell won the Orange Screenwriting Prize in 2000 for The Wedding Gift.

"And then there's Nelly and she's, you know, she's got a slight autism. She speaks like the queen of England ... She doesn't want to grow up. She wants to pretend everything around her that's happening isn't really happening. So she hides behind this language, and she hides behind Marnie. And as the book progresses, we see Nelly becoming more mature, and we see Marnie becoming a little bit more vulnerable and not quite as tough as she sets out in the beginning. And together, I hope the reader sees these two girls coming to meet in the middle. ...

"Then there's Lennie [the neighbor], and Lennie came about basically through my absolute respect for the older generation. I was raised by my grandmother, and she really grounded my sister and I. And I'm really grateful for my grandparents, and I hope I recognize that gratitude by creating this older figure that comes in to save Marnie and Nelly. He observes that they're by themselves, and he has his own issues, he has his own remorses in life. He's incredibly lonely for his partner that he lost, and he sees these two girls as a chance to redeem himself and also to fill in the blank in his own life. And he takes them in, and he takes care of them. And this unusual family develops."

On the book's gruesome early chapters, in which, after a week, the girls finally decide to bury their parents, whose bodies have begun to decompose

"Somebody said ... they found it quite difficult to get through those chapters. But I had been humorous before those chapters, so I knew that people would struggle through them because they knew, they were assured of some laughs beyond it."

On why, despite the drugs, gore and abuse, O'Donnell still thinks of her novel as a young adult book

"I think there's a narrow margin. I mean, I hate saying this, but there are 15-year-olds and there are 15-year-olds. Young girls do fantasize about the absence of their own parents, wishing they weren't around. It's not a nice thing to say but, you know, frustrated teenagers. I don't think that there's anything in there that would surprise your average parent. I think that they're aware of the dangers their children face. And if they're not, they should be."

On how Marnie and Nelly begin to find normalcy

"With Lennie's help, they're able to form a family. But Marnie, from the beginning of the book, is someone who simply doesn't trust the adult world. And, you know, she believes herself to be an adult. And as the novel develops, Marnie comes to realize, 'I'm still a child.' And the flip side for her sister is she comes to realize, 'I'm not a child. I need to grow up, and I need to support my sister.' "

Read an excerpt of The Death of Bees