Accessibility links
Germany's Housing Market Is Hot. Is It Overheating? Buyers are snapping up property in Germany, leaving some analysts worried that it's a bubble in the making. But others say the conservative approach to home ownership, including a tradition of large down payments, will protect the market from a U.S.-style crash. 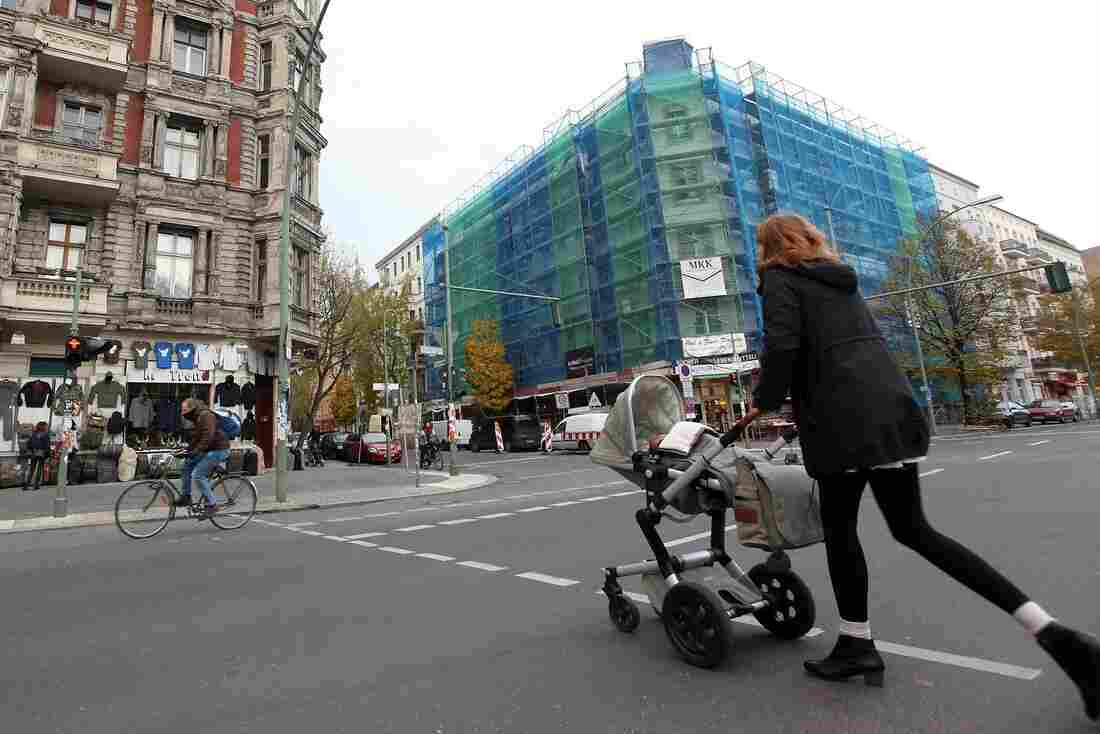 Berlin's Prenzlauer Berg neighborhood, like many others across the city, is experiencing a real estate boom. Housing prices have risen by as much as 20 percent in the past year in some German cities. Adam Berry/Getty Images hide caption 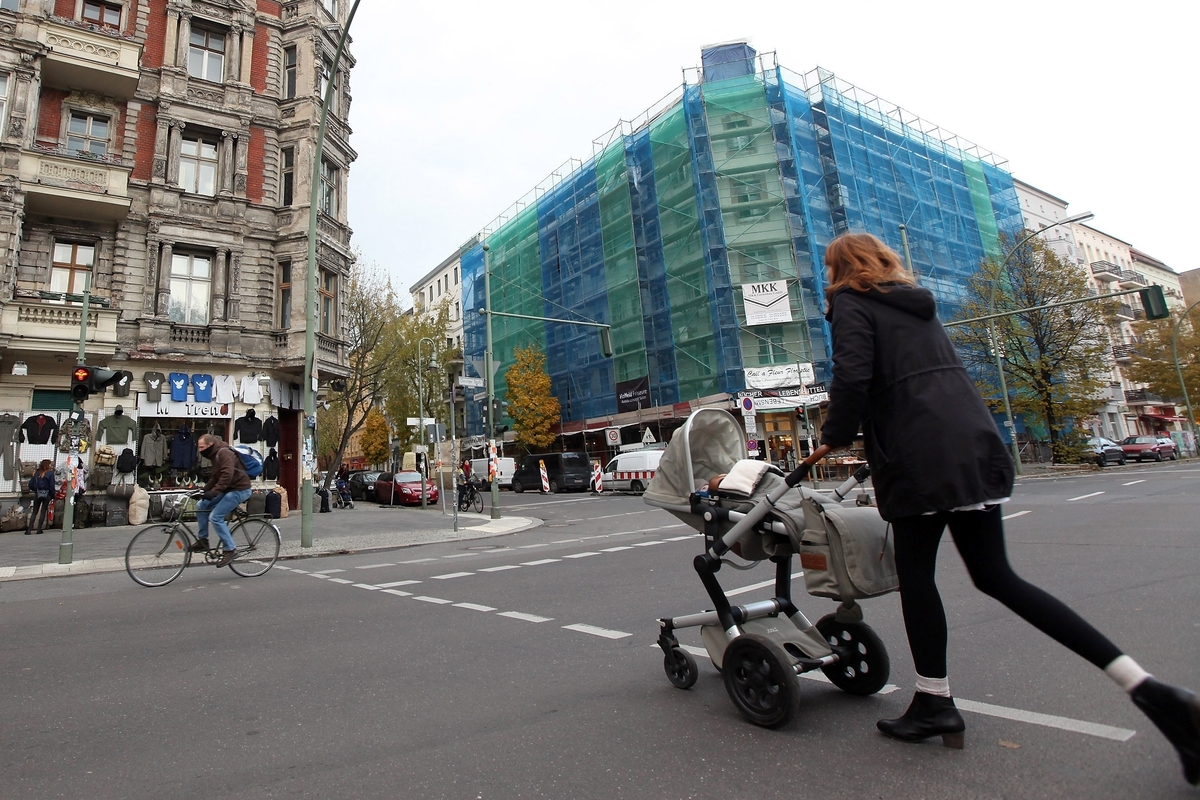 Berlin's Prenzlauer Berg neighborhood, like many others across the city, is experiencing a real estate boom. Housing prices have risen by as much as 20 percent in the past year in some German cities.

Few Western countries are as conservative about home ownership as Germany, where less than half the country's citizens own property.

German banks have tough lending rules. Would-be buyers are usually asked to provide hefty down payments to secure mortgages, meaning few Germans even think about buying a home until they are settled and financially secure.

But the European debt crisis appears to be changing the traditions around home ownership. The resulting surge in homebuying, some officials warn, is driving prices too high and threatens the nation's economy.

In the trendy Berlin neighborhood of Mitte, real estate agent Anne Riney is showing her client Christian Ehrler a two-bedroom apartment for sale. Ehrler is hoping to buy the $476,000 place with a bank loan covering the full cost.

With such a big loan, he's taking the unusual step of using his parents' home in southern Germany as collateral.

"It's a good thing to invest, and in such a good location, the prices will increase for sure," Ehrler says of his plans. His goal is to get a mortgage with an interest rate lower than 3 percent — less than half the rate his parents paid for their mortgage. 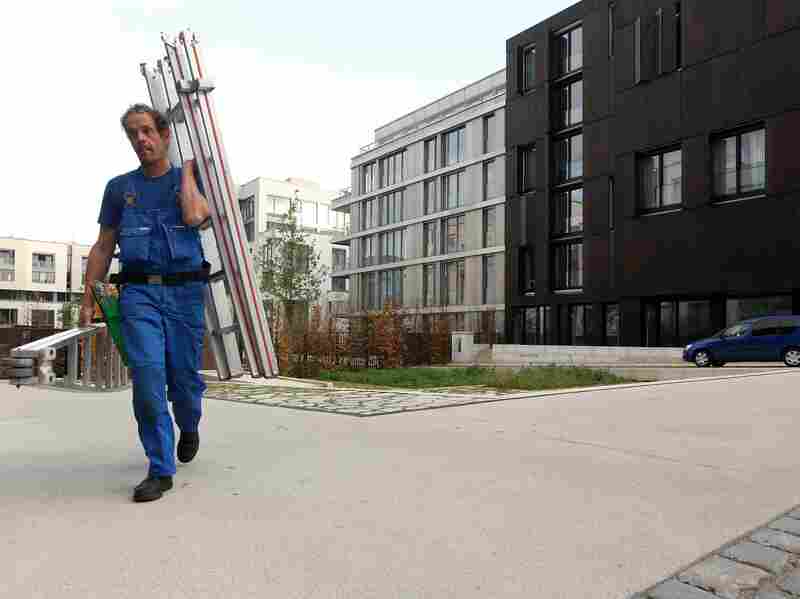 A worker walks through a new housing complex in Berlin. German and foreign investors are rapidly buying up property, leaving some analysts concerned about a potential housing bubble. Adam Berry/Getty Images hide caption 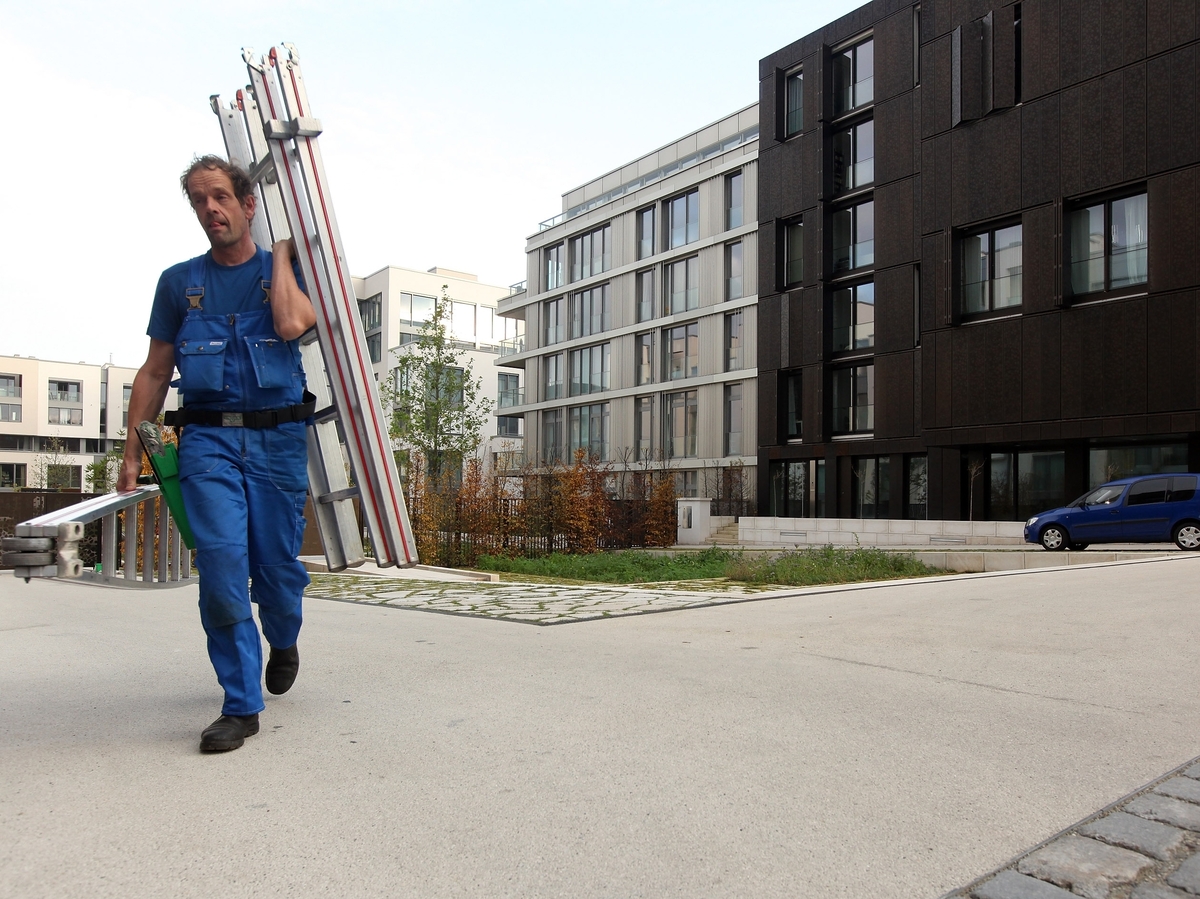 A worker walks through a new housing complex in Berlin. German and foreign investors are rapidly buying up property, leaving some analysts concerned about a potential housing bubble.

Ehrler's not the only one with plans to buy a home. He says all his friends are in the market now, too.

These days, buyers lured by low interest rates or seeking a safer way to invest money are flooding the market in Berlin and other German cities, looking to snap up property any way they can.

The growing demand has driven real estate prices up by as much as 20 percent in some areas in the past year.

And it's not only Germans who are shopping; international investors are pulling their money out of struggling countries like Italy and Greece to buy property here.

"In Germany, growth is slow and steady, which is a healthy type of growth because it does have basis in reality," says Riney. "Whereas in other countries, you'll often get growth from a hype, where ... the value of a property and the asking price didn't have any real relationship."

But a growing number of analysts and officials are warning that Germany is not immune to the kind of real estate bubble that crippled the U.S. and other Western countries in recent years.

That means Germany, which has footed much of the bill for Greek and other European bailouts, could soon face tough financial times of its own.

For Hungarian Borrowers, A Mortgage Nightmare

Mitropoulos recalls a similar rise in property prices at the time of German reunification. That paralyzed the housing market here for more than a decade, he says. But, he adds, Germany's traditionally conservative banking practices should help reduce the risk of widespread financial disaster experienced by other countries where real estate bubbles have burst.

"They take the market value and knock 20 percent off it, and use this as their value for orientation," Riney says. "They usually give a loan for 80 percent of that."

And those banks will lend even less to buyers coming from abroad, Riney adds. Some of those buyers have to put up as much as 60 percent as a down payment.