Accessibility links
Preserving The Home, And History, Of New Orleans' Piano Professor Any New Orleans piano player worth his fingers owes a debt to Henry Roeland Byrd, aka Professor Longhair. The late musician's home is still standing on Terpsichore Street, but it's in serious disrepair. 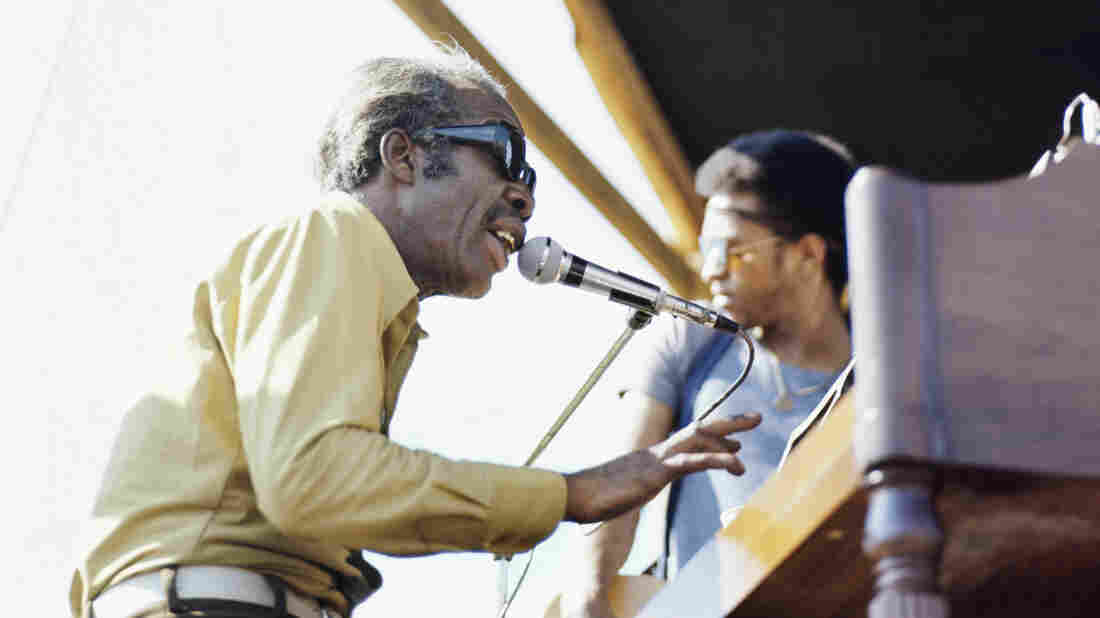 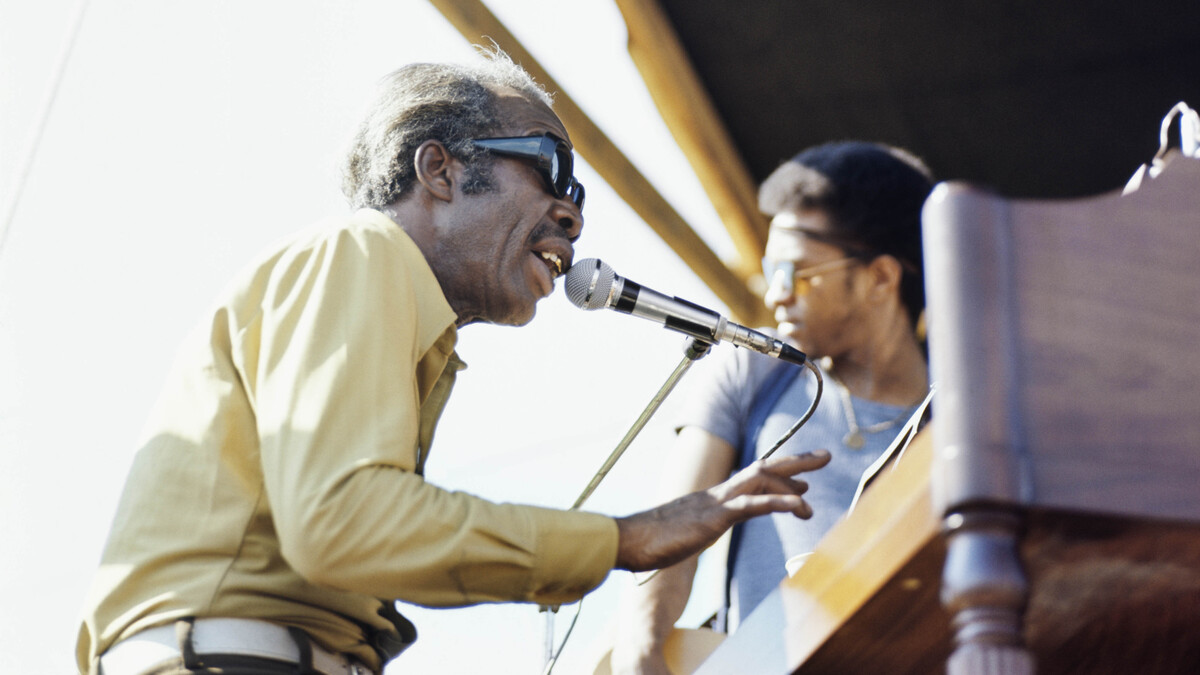 On the tough side of Terpsichore Street in New Orleans stands a duplex — a two-story, wood-framed building with wood floors, high ceilings and a nice fireplace. But this old house is empty: no furniture, no walls, no electricity, no toilet. Iron bars hide the windows; there's a lockbox on the door. The facade is three different shades of blecch, blurgh and blah. There's nothing compelling about Henry Roeland Byrd's house — that is, unless you've heard the music he made under his other name, Professor Longhair.

Through a career that began in the 1940s, Longhair's style of R&B piano helped create a new musical tradition in New Orleans: a modern postwar sound that reverberated up and down the national charts. If you've ever heard New Orleans piano greats like Fats Domino, Eddie Bo, James Booker or Dr. John, you've already met Professor Longhair in the ether. Allen Toussaint, a piano player who's written and produced music for more than 50 years, says the late musician's work defies comparison.

In an interview Longhair gave to the CBC shortly before his death in 1980, he came to a similar conclusion himself: "I imagine you can just about say every youngster in New Orleans had came by me in some form or fashion to either look, listen or show 'em something," he said.

Pianist C.R. Gruver, of the band The New Orleans Suspects, demonstrates how the same piece of music might sound if played by Professor Longhair or his gifted disciples James Booker and Dr. John.

How To Longhair A Song

The learning curve could be steep. Professor Longhair — whose friends called him "Fess" — sang in his own language. Writer Jason Berry, who co-authored Up From the Cradle of Jazz, a definitive book about New Orleans music, says Longhair's songs speak to life's divine comedy.

"They don't make songs like that much anymore," Berry says. "Fess was able to turn them into lyrical carousels."

And yet those lyrical carousels didn't pay the rent: Longhair's career died in the 1960s. But a decade later, with the help of a few tireless fans, he was back recording, performing and touring. And, at 57, Longhair married his longtime paramour, with whom he'd already raised six children. He later bought the duplex on Terpsichore for the family to live in; their daughter, Pat Walton Byrd, says a proper home was something her father had wanted for years.

"He just couldn't wait to put my mother in a house," Byrd says. "It was more of like, 'When we first started, I couldn't do this. But you were patient with me. You believed in me. And now it's my time to provide for you as a man. And even though our kids are grown, this is where our lives start, in our first home.' The '70s became his best years."

Then, in January 1980 — when he'd just released his most ambitious album and made plans to tour with The Clash — Professor Longhair died in his sleep. Alice, his wife, became severely disabled and died several years later. Pat Byrd was her mother's full-time caregiver, and were it not for damage from Hurricane Katrina, she would live in the house right now.

"Pat has been essentially homeless for seven years," says Steve Armbruster, who managed Longhair briefly and has now spearheaded the effort to get Byrd and her son back home. 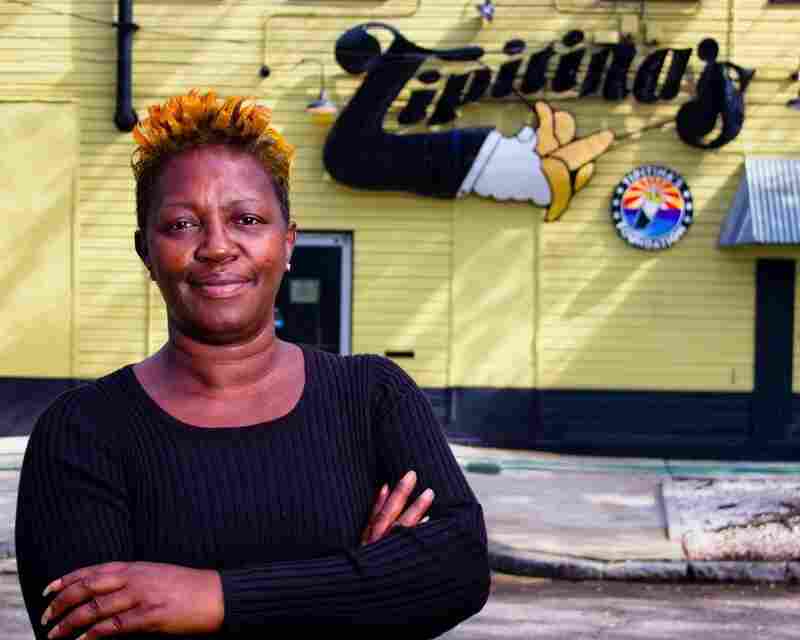 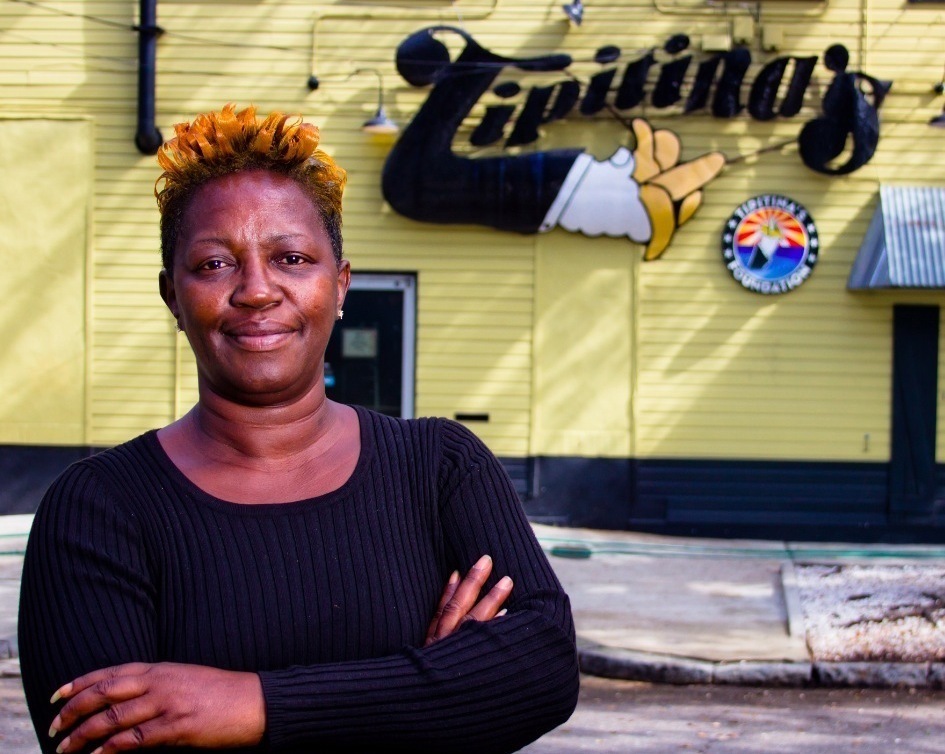 Professor Longhair's daughter Pat Walton Byrd poses outside Tipitina's, a New Orleans venue named after one of her father's compositions.

"You know, she's been like a gypsy," Armbruster says. "She's had places to stay. ... She's rented apartments. But it's not the same as having your own house."

Like many homeowners after Katrina, Pat Walton Byrd fell prey to an unethical contractor, who reportedly fleeced her out of more than $100,000 and delivered almost nothing. Impoverished, Byrd went to the district attorney; the contractor would end up committing suicide.

Enter the Tipitina's Foundation, the United Way and a nonprofit building organization called Project Homecoming. Together, they're raising money to renovate the house and create a small museum dedicated to Professor Longhair. If all goes well, Byrd and her son will be able to move into their side of the duplex sometime next year.

"Part of the upstairs is going to be a rental," Project Homecoming operations director Kevin Krejci says. "A really good idea is to have a little bit of rental income for folks who are kind of struggling to get back on their feet, so there's some sustainable income there to help support the museum; to help support Byrd and her son, and those kinds of things."

The Tipitina's Foundation recently threw a benefit concert for the house, with Dr. John among the headliners. Nearly every other act playing around New Orleans that night owed something to Longhair, too. Reggie Scanlan, former bassist with the New Orleans rock band The Radiators, was making a live recording at a nearby club with his new band The New Orleans Suspects. He spent a year touring with Longhair.

When the Professor Longhair museum is finished, Scanlan says he'll visit the house on Terpsichore Street. He's never been there before, but chances are he won't need directions; Longhair couldn't have chosen a better address. The street New Orleanians call "TERP-sih-kor" gets its name from the character in Greek mythology who pronounced her name "terp-SIH-kor-ee" — the muse of lyric poetry and dance.

Gwen Thompkins is the host of WWNO's Music Inside Out, a program about Louisiana music. You can hear a special edition on Professor Longhair at the show's website.