Accessibility links
Bikini Kill Rises Again, No Less Relevant The punk group that helped define the riot grrrl movement of the early 1990s hasn't reunited — but its members have teamed up to give those who weren't listening the first time around a second chance to appreciate the music and the message. 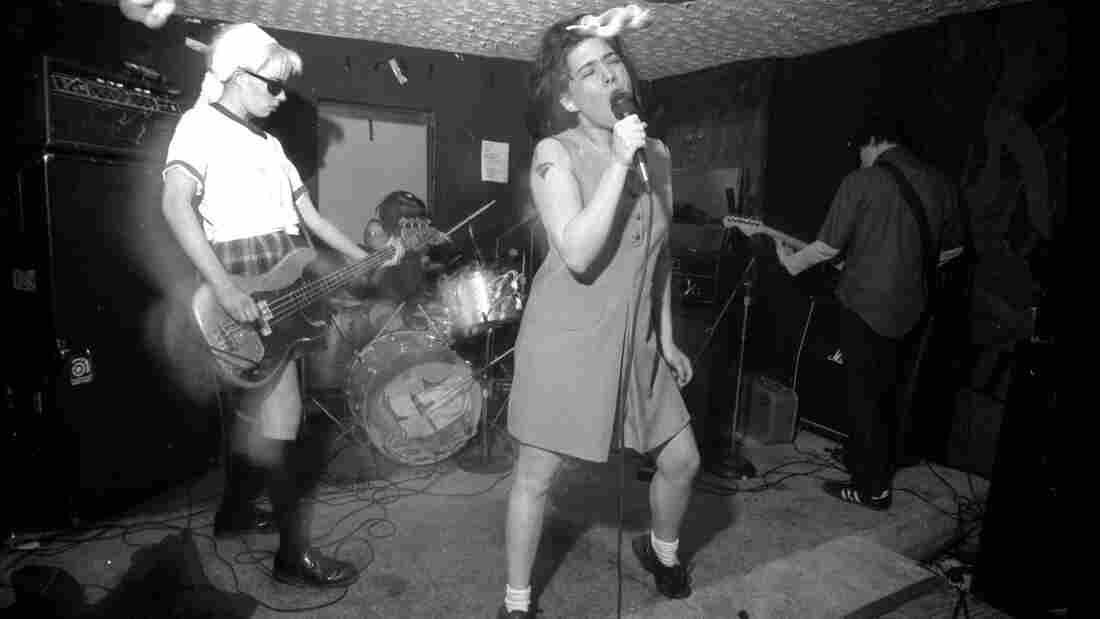 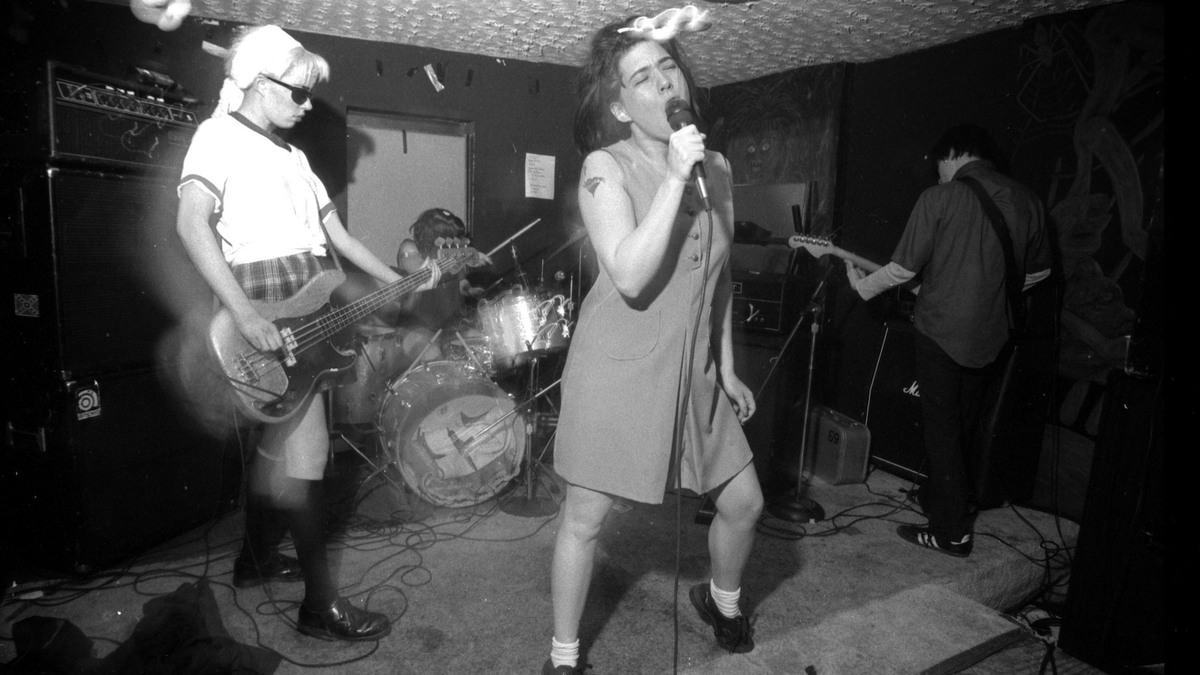 Just over 20 years ago, one of the most influential bands in the riot grrrl movement released its first album. Bikini Kill helped define a movement that grew up as an offshoot of punk in the early 1990s, when many women felt marginalized by society, and in some cases, even by the punk-rock community.

Late last year, frontwoman Kathleen Hanna and her bandmates — two other women and a man — took up that thread again. They founded their own label, Bikini Kill Records, to reissue their discography.

"When we started our band, a big part of it was to encourage more female participation in the punk scene," Hanna says. "Selfishly, we wanted more women and girls to play music with when we went on tour. We wanted more women and girls to talk to about the experience of being in a band because we were constantly encountering sexism and having no one but each other to talk to about it."

Carrying that conversation to a wider audience was one of the reasons Bikini Kill was so influential, according to another riot grrrl musician, Molly Neuman.

"They were speaking about subjects that were specific to women and girls and sort of the ... general disenfranchisement that a lot of us felt but maybe hadn't articulated in that way," says Neuman, who played in the bands Bratmobile and the Frumpies. "But then the music was, is, incredible. And I think it completely stands up."

Sara Marcus, the author of Girls to the Front: The True Story of the Riot Grrrl Revolution, says she still remembers the first time she heard Bikini Kill. Her introduction was the song "Double Dare Ya," the first track on the band's 1992 self-titled debut.

"The first thing that I heard starts out with a ton of feedback on an amp and Kathleen's voice saying, 'Is that supposed to be doing that?' " Marcus says. "So already it begins with this sense that everything's provisional; you're learning this as you go along."

"Double Dare Ya" continues with a declaration that would become iconic: Hanna kicks off the song by shouting, "We're Bikini Kill and we want revolution, girl-style, now." Marcus says she took that as a challenge.

"To have somebody sort of being like, 'All right — put your money where your mouth is. You wanna do something? Go do it. You wanna be someone? Go be it.' It's just this marvelous encouragement," Marcus says. "It was huge for me."

It was huge for a lot of people — and not just women.

"Immediately, I was transfixed because it was such a powerful, passionate female voice expressed through the music," says Mark Andersen, co-founder of a Washington, D.C.-area punk activist group called Positive Force. "And they were not scared at all about taking political stands — of confronting people, of challenging people."

While mainstream music often works hard to sound polished and flawless, Hanna says her goal was exactly the opposite.

"I always thought that putting tons of reverb on my voice was kind of, you know, the equivalent of airbrushing," Hanna says. "And I wanted other girls and women to hear a real female voice that wasn't completely manipulated."

Bikini Kill's first record was produced by Ian MacKaye, who is best known for his punk bands Minor Threat and Fugazi, and for the label he co-founded, Dischord Records.

"I actually think Bikini Kill and riot grrrl had a huge cultural impact on our society," MacKaye says. "I know it did. Because I know that when I first started seeing shows in 1979, if there was a band that had a woman member, it was notable. And that just doesn't exist anymore. I feel like women taking the stage had a huge effect on the way culture in this country worked."

While fans who first heard Bikini Kill 20 years ago are excited to see the music reissued, Hanna says, so are the band's more recent converts.

"I get so many letters from girls from 13 to 17 who just found out about Bikini Kill for the first time, and they're experiencing it as if it's happening now," she says. "The thing that I really love is thinking of girls in high school who are organizing themselves around our music and a lot of other girl bands' music. That they can make, like, a Bikini Kill jean jacket instead of a Motorhead jean jacket — which is what I had — is pretty great."