Accessibility links
Re-Creating The 'Lost Carving' Of An English Genius David Esterly's life was changed in the 1970s when he came across wood carvings done by Grinling Gibbons more than 300 years earlier. Esterly became a wood carver, and even re-created one of Gibbons' pieces that was destroyed in a fire. 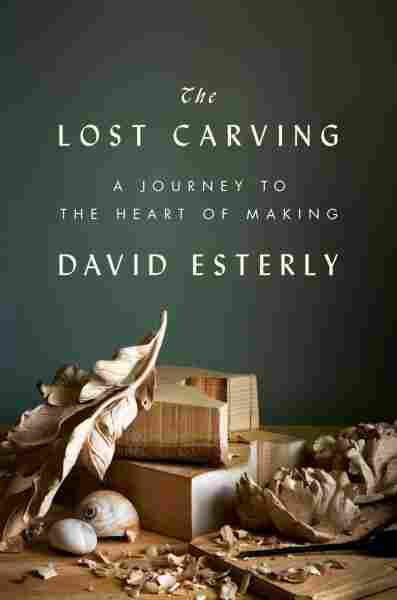 A Journey to the Heart of Making

On one spring day in the early 1970s, writer David Esterly paused to admire a stunning wooden carving inside a London church.

"On the panel behind the altar, I saw these extraordinary cascades of leaves and flowers and fruits, carved to a fineness and fluent realism, which seemed to me breathtaking," Esterly recalled in an interview with Jacki Lyden, host of weekends on All Things Considered.

The carvings he discovered that day were the work of Grinling Gibbons (1648-1721), who is considered the greatest wood carver of all time. His work can be seen at St. Paul's Cathedral, Blenheim Palace and Hampton Court in England.

Gibbons' wood carvings, in an instant, changed Esterly's life. At the time, he was studying the work of Yeats at Cambridge University. But after his exposure to Gibbons' work, the American-born Esterly immersed himself in Gibbons' art. He even spent a year re-creating a piece lost in a fire at the Hampton Court Palace outside London.

Today, Esterly is a master carver in upstate New York. He has a new exhibition opening later this week in Manhattan as well as a new book, called The Lost Carving: A Journey to the Heart of Making. 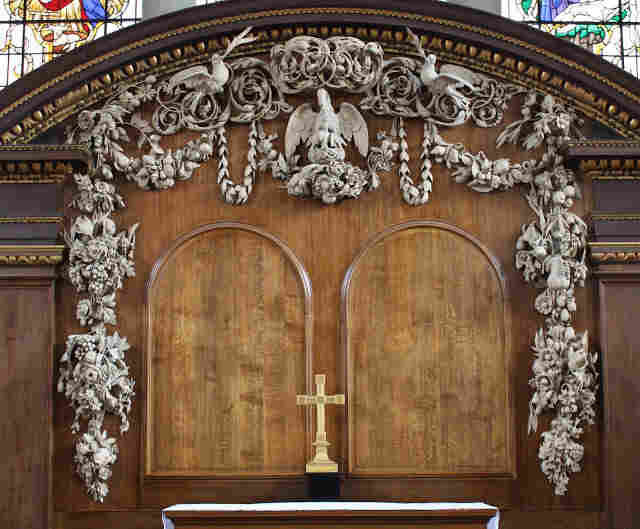 Grinling Gibbons' carving at the St. James Church in London is what moved him to become a professional wood-carver. Courtesy of David Esterly hide caption 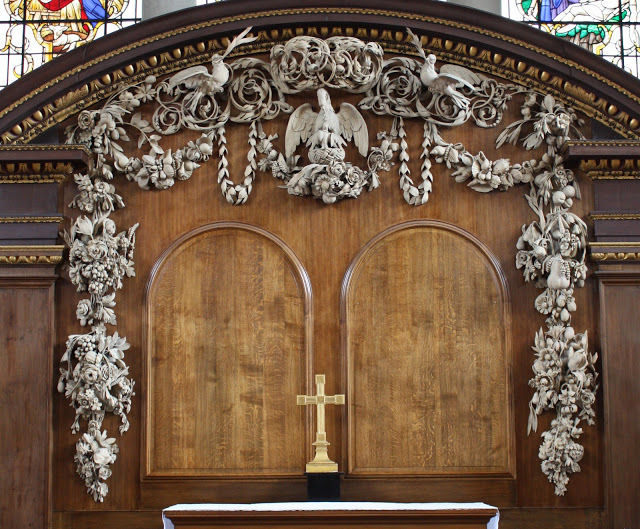 Grinling Gibbons' carving at the St. James Church in London is what moved him to become a professional wood-carver.

I went into a state of grieving at this point and I wrote a sort of obituary at this point and sent it off to a London weekly journal where it was published. And then I started receiving these wonderful phone calls from the palace authorities saying no, actually, extraordinarily enough the carvings had basically survived. There were two or three which were badly damaged in parts, and only one carving that was completely destroyed, which was a seven-foot drop which flanked a painting over a door in the king's drawing room.

Carving is a lonely profession

There's a saying in the trade: Carvers are starvers. Because carving is such a time-consuming activity. And most professional carvers, when they look at Gibbons' work — which is such high relief, and the excavations are so huge and the undercutting is so radical, and the surface detail is so fine — they see this as a shortcut to starvation. So I was just about the only person doing this kind of work full-time, for a living, from scratch. It was a small field then, and it's a small field now.

Dedication is what it takes to make exceptional work

There's a phenomenon with carving which is probably true of other things as well, you can achieve 90 percent of the effect with 50 percent of the effort. But the truth is, unless you do the final 10 percent, which takes another 50 percent of effort, you'll never achieve that fineness which is necessary if it's going to raise the hairs on your neck. So it's a killingly time-consuming occupation.

The effect of seeing Gibbons' work close up 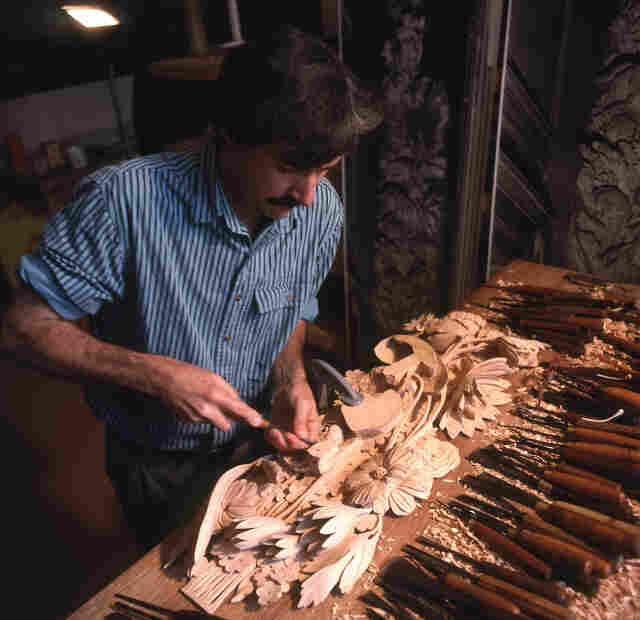 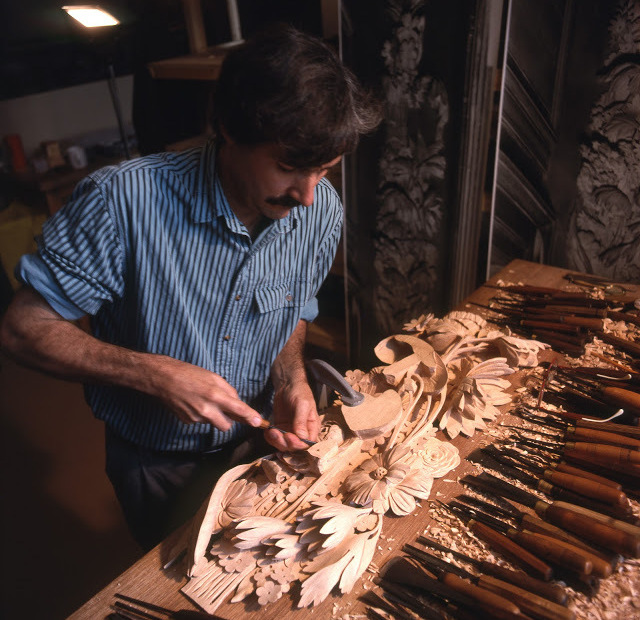 David Esterly has been a professional limewood carver since the 1970s.

When I first saw Gibbons' work in close quarters ... I nearly came out in hives. I was so astonished by the flamboyance of his modelling, and by the fineness of his cutting and undercutting. And then I went back to my workshop in upstate New York and stood at my desk — I remember, with my hands on my hips — and I looked at my own work almost with a sense of despair.

Battling the palace authorities at Hampton Court over aesthetics

I had certain ideas of how the carving should be presented. Gibbons always left his carving completely plain, and limewood is the palest wood in the forest. ... And it was attached to darker oak panelling, and the effect of this ghostly delicate carving floating above the darker panelling was astonishing. It was much commented upon in Gibbons' time — it was a real innovation.

So I thought it was necessary to the appearance of the carving, and we had tremendous battles over how it should appear. You know, most of us think of wood as brown. We're accustomed, I suppose because of the influence of the Victorians to think of it as brown, and I couldn't overcome that resistance in the end.

Read an excerpt of The Lost Carving