Accessibility links
Could Reviving Earmarks Get Congress Moving Again? The so-called "Bridge to Nowhere" came to symbolize all that's wrong with earmarks in Congress. But during the past few weeks, as Speaker John Boehner struggled to rally support for his alternate tax plan, some said earmarks could have helped him convince fellow Republicans to push legislation through the House. 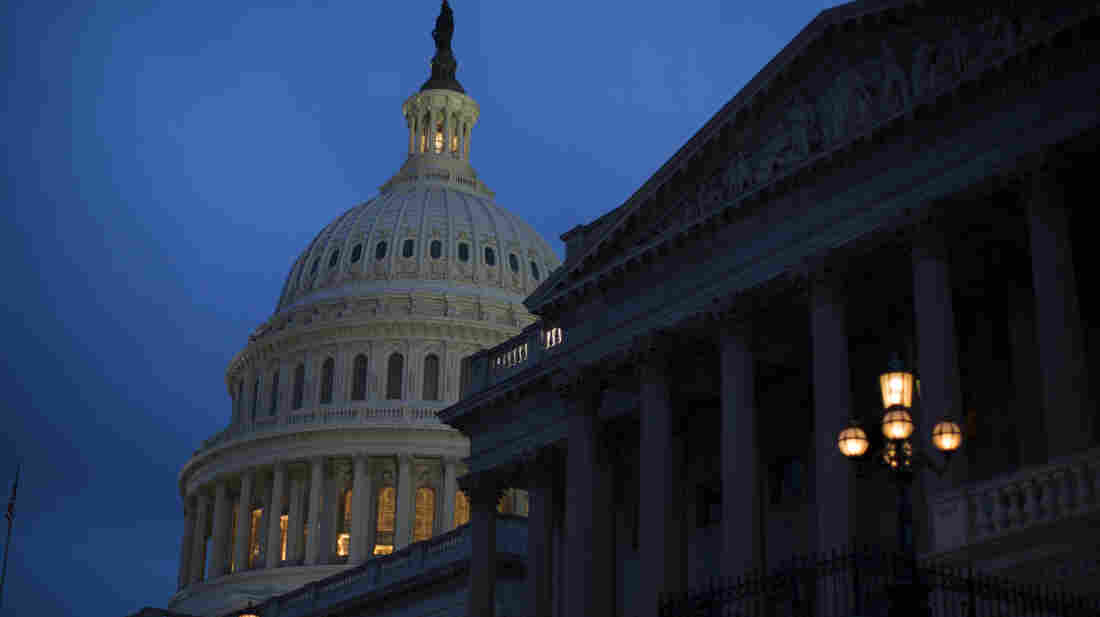 Recent episodes of gridlock in Congress have some arguing for the return of legislative earmarks, which, though often abused for political gain, helped get bills passed. Drew Angerer/Getty Images hide caption 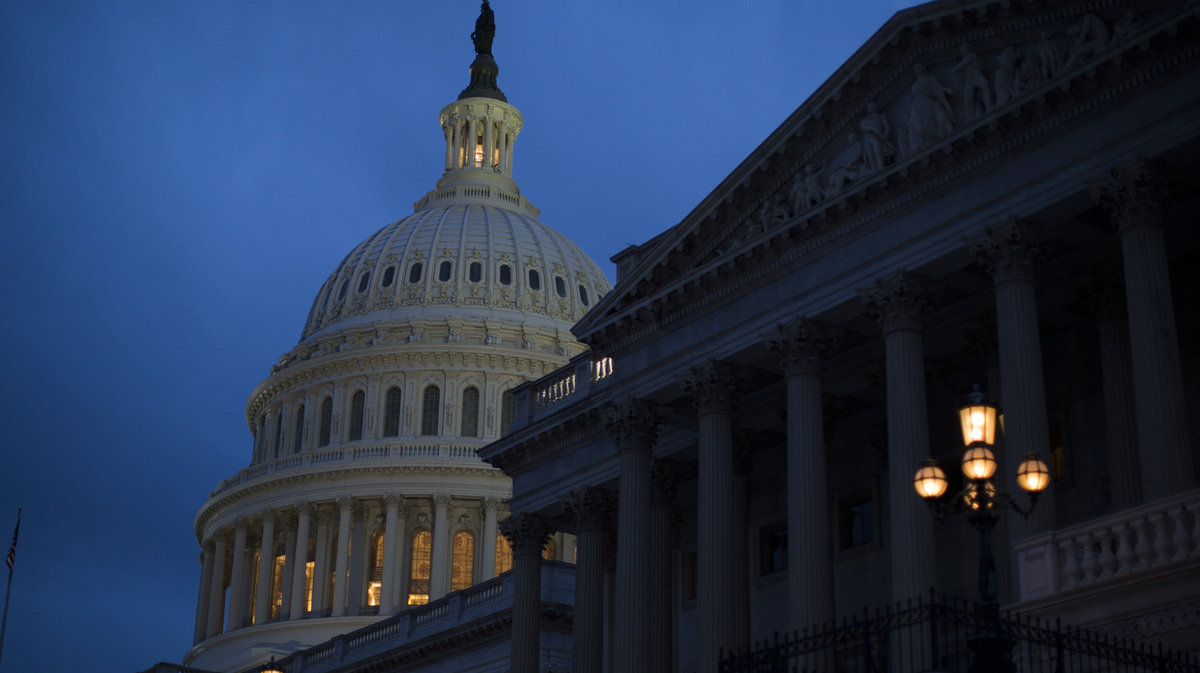 Recent episodes of gridlock in Congress have some arguing for the return of legislative earmarks, which, though often abused for political gain, helped get bills passed.

"You scratch my back, and I'll scratch yours" is an old and cherished maxim of our republic. In politics, that's called an earmark, aka pork. One member of Congress gets a road or a monument for his or her state in exchange for a vote on the bill in question.

Congress has lived on this since the era of stovepipe hats. The political vogue lately, however, has been to repudiate those earmarks. But with the recent gridlock in Washington, the feeling is that perhaps some of that grease might help ease things.

Long before President Clinton, Sen. John McCain, R-Ariz., and President Obama, to name a few, opposed earmarks, former Sen. Alan Simpson, R-Wyo., heard about them in the 1960s, when his father, Milward Simpson, was in the Senate.

"[Lyndon Johnson] came up to Pop one time and said, 'Milward, what can I do for you? I need your vote ... surely you must have a dam or something out there you need in Wyoming,' " Simpson tells Jacki Lyden, host of weekends on All Things Considered. "I'm not talking about purity; I'm just talking about reality."

We cannot handle too much more of the situation we currently face where ... legislation can only get through when it is done at the last hour.

In 2010, that reality was outlawed, and now the question is whether the ban was a help or a hindrance to the political system.

The Rise Of The Earmark

There was a lot of backroom dealing when Sen. Alan Simpson was in Congress.

"There isn't a single person in Congress — not one, not me, not anybody — that didn't ... want to hook [a project] to a moving train," Simpson says. "So they'd wait for a bill they knew would pass, couldn't possibly not pass, and they'd just hook it on."

Until the 1990s, earmarks were mostly used by top dogs in Congress who sat in key Appropriations Committee seats. Then, in 1995, when the Republicans took over Congress, lawmakers started to think of earmarks as a tool — a really effective one.

"This was something that the rank and file could use, particularly lawmakers in vulnerable districts, to help show that they could bring home the bacon and get re-elected," says Steve Ellis, vice president of the nonpartisan group Taxpayers for Common Sense.

Ellis says it touched off a frenzy of spending, and Congress doubled the amount spent in earmarks to more than $14 billion by 1998.

Up and up the earmarks went, on both sides of the aisle. But when people talk about earmarks, Ellis says, it's often about the more benign things like the National Cowgirl Museum and Hall of Fame, the Sparta Teapot Museum or the statue of Vulcan in Birmingham, Ala. What worries him are the ones we don't hear much about.

"In my opinion, the more insidious ones are probably some of these smaller defense earmarks, where maybe a million dollars is going to a defense contractor that's hired a lobbyist [and] made campaign contributions," Ellis says. "Really, this is a pay-to-play type of environment, and those don't get caught as much and you have to do a lot of digging to get them."

It's not only insidious and inefficient, Ellis says, but it's also part of a broken system where funding is allocated not on the basis of project merit but instead on political muscle.

'A Small Price To Pay'

In 2010, several senators, including Mark Udall, D-Colo., introduced a bipartisan bill to end earmarks. Udall tells Lyden that he had become convinced that earmarks were unfairly apportioned.

"The more senior and the more committees on which you sat, the more earmarks you were able to generate, and that just seemed to me to be fundamentally unfair," Udall says.

He says that led to a mad pursuit of earmarks at the expense of other work he says Congress should have been focused on.

None of the recent political gridlock has disabused him of the change brought about by his legislation. However, after months of grim faces, foul language and frayed tempers, whispers are growing louder that it may be time to rethink the earmarks ban.

"As distasteful as we can all make arguments showing how bad it [was], we got a lot more done," says Rick Ungar, who wrote a piece for Forbes saying there's a case to be made for allowing earmarks to return.

Ungar says earmarks served a purpose by bringing along votes that weren't coming along for the right reasons. Despite the roughly $15 billion in earmarks spent in previous years, Ungar says that might have been a small price to pay if earmarks could have been used to move legislation on recent budget negotiations in Congress, for instance.

Despite earmarks being used to essentially "buy" votes, which Ungar agrees should not be necessary in Congress, he says the reality is that a discussion about bringing them back still needs to take place.

"We cannot handle too much more of the situation we currently face where you cannot get legislation through or legislation can only get through when it is done at the last hour," Ungar says. "This is not a healthy way to run a government."

If returning earmarks is the way to get things done in Congress, Ungar says, we just might have to accept it.