Accessibility links
Interview: Simon Garfield, Author Of 'On The Map' On the Map author Simon Garfield speaks with NPR's Steve Inskeep about the history of maps, how they can be used as political tools, and how GPS and modern mapping applications are changing the way we see ourselves and our place in the world. 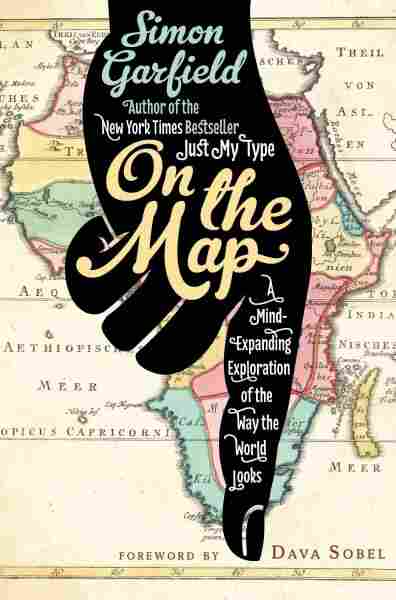 Author Simon Garfield loves maps. His home in London is full of them — that's where they're stocked, hanging on walls and piled on shelves. So when Garfield was looking for a new topic to write about, not surprisingly, maps won out.

His new book is called On the Map: A Mind-Expanding Exploration of the Way the World Works.

It takes us from the earliest maps — scratchings on rocks dating back over 10,000 years — through medieval European maps, with Jerusalem always in the middle, right up to the maps that guide us with voices from our smartphones and GPS trackers, which Garfield has called "a loss for geography, history, navigation, maps, human communication and the sense of being connected to the world all around us."

Garfield joined NPR's Steve Inskeep to discuss his obsession with maps, which began when he was a young boy looking at the iconic map of London's subway, the Tube.

On the inaccuracy of the London underground map

"What's sort of extraordinary about it, it's sort of the most reproduced, geographically inaccurate map that you could find. So it looks as though every stop on the Tube is about a mile apart. But in fact they vary from, you know, a few hundred yards to kind of four or five miles. And so it sort of, it creates a very kind of neat picture of London. If you're a tourist, you arrive, and the first time you think, this is going to be so easy. It's only when you actually get out of the underground you realize it's not so easy.

"But, I mean, when I looked at the map for the first time, the places at the end of the line, at the end of, you know, the Metropolitan line or the Piccadilly line, seemed to me the most exotic places you could ever go in the world. They were my Antarctica, I suppose, in a way. And so really, ever since then, I've been really fascinated by maps."

On the appeal of maps 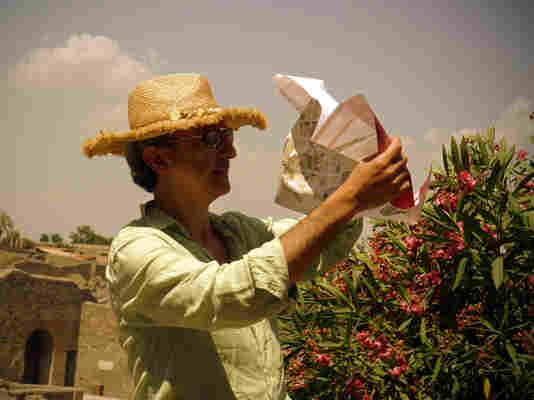 Simon Garfield is a journalist and the best-selling author of Just My Type. Justine Kanter/Gotham hide caption 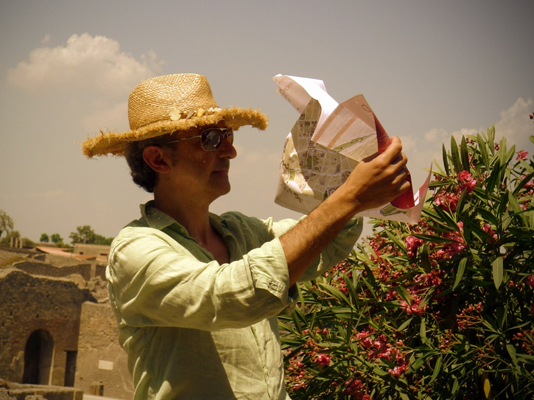 Simon Garfield is a journalist and the best-selling author of Just My Type.

On the power that maps hold in shaping our realities

"It's a bit like another phrase, that history is written by the winners, by the victors. And it's the same with mapmakers. If you have the power to commission a map or make your own map, you're going to make it, you know, reflect your world and reflect your views. So, that could be — if you had a strong Christian worldview, you would put Jerusalem in the middle of the map.

"In ancient Greece, you would go right back and it would be Rhodes, the island of Rhodes off Greece — which is now what you would regard mostly as a kind of holiday island; and it absolutely relies on tourism and not much else. But, you know, in ancient Greece it was the center of world maps because it was such a big economic center of trade and port. It tells you a lot about world history — how we saw ourselves. That's the wonderful thing really about old maps; well, obviously, you realize how the world has changed, but you realize how we place ourselves upon it when the map is drawn."

On the impact of the digital revolution

"Well, I fall into two camps here. I use, you know, my maps on my phone. And it's far easier to put my GPS on than to have to consult a map. But gosh, I mean, do we lose a lot. We lose the beauty of maps; we lose the romance of maps; we lose that terrible feeling that we'll never be able to fold up a map again.

"And I think the other thing, you know, we lose, is a sense of how big the world is. Because now we look at our map, there's a real sense of, 'Get me to where I want to go.' Now you get the feeling, actually, 'It's all about me' ... It's a terribly egocentric way of looking at the world. So I think the view of where we are in the world, in the history of the world, is changing. And I think in a way it's one of the biggest, if not the biggest impacts of the digital and technological revolution — is how we see ourselves in the world."

Read an excerpt of On The Map