Accessibility links
A Strong Voice For Brazil's Powerful Farmers Brazil is now a world power when it comes to food production. And a leading symbol of that might is Katia Abreu, a senator, landowner and head of the country's most powerful Big Agro association. But environmentalists say limits need to be placed on the farming industry in order to protect the forests of the Amazon. 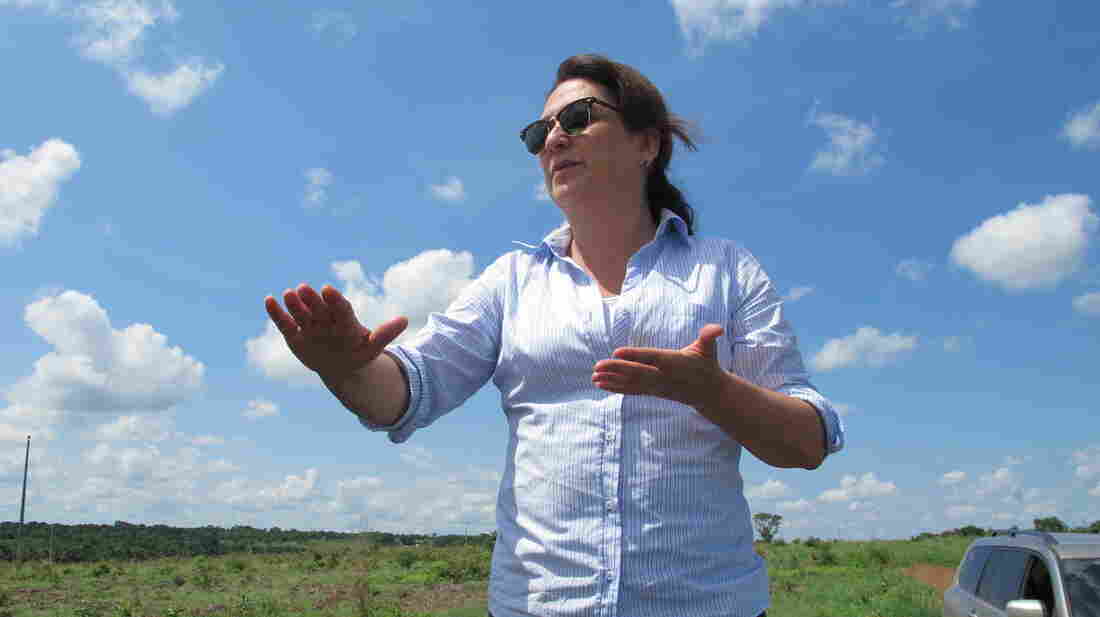 Katia Abreu, a senator and landholder who heads the powerful landowners bloc in Brazil's legislature, takes a look at the new plantations on her 12,000-acre farm. Juan Forero hide caption 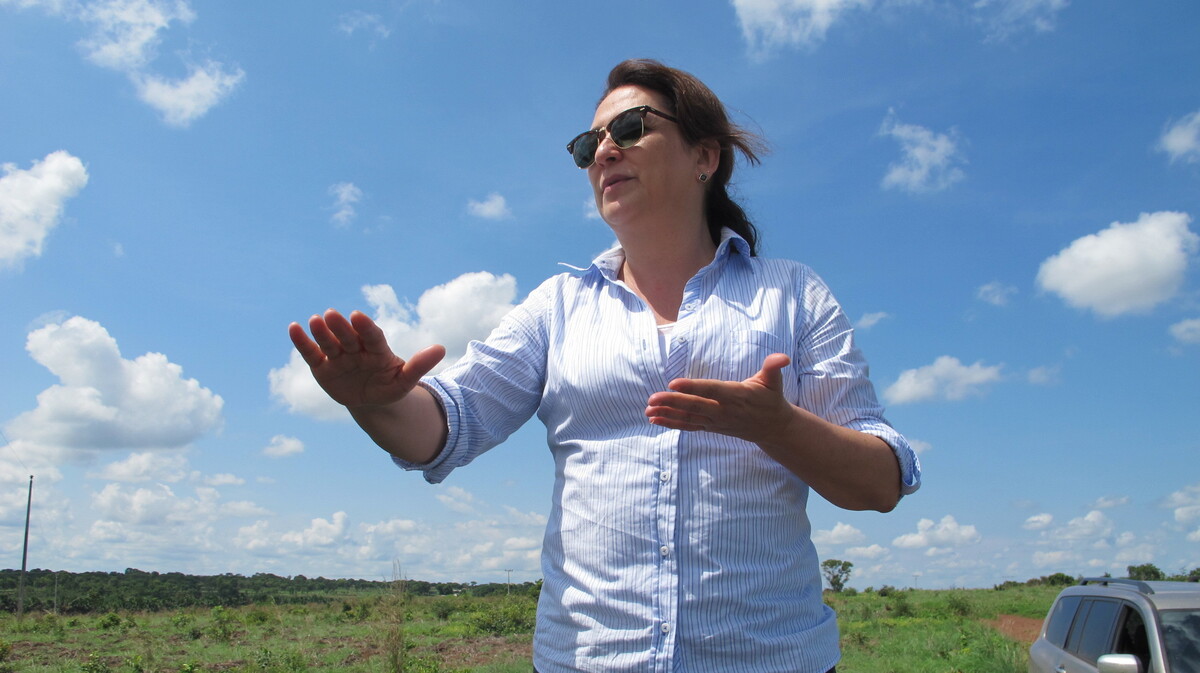 Katia Abreu, a senator and landholder who heads the powerful landowners bloc in Brazil's legislature, takes a look at the new plantations on her 12,000-acre farm.

In some ways, Katia Abreu is still an old-fashioned farmer, one who rides her chestnut mare, Billy Jean, to tour her farm in Tocantins state in north-central Brazil.

She glides the horse along a gravel road, which soon turns to dirt, and along fields of sorghum and corn. She has plans for more.

"Soon, we're going to produce fish and lamb," she says. "There will be soybeans and fields of tall grass for cattle. Lots of cattle."

Agriculture has boomed in Brazil, and the country now rivals the United States in food production — everything from beef to soybeans, chicken to corn. This has been a key part of Brazil's economic growth in recent years, though it also has environmentalists worried about farms cutting into forests.

The environmentalists are facing one tough farming advocate in Abreu, a senator, landowner and head of the country's most powerful Big Agro association.

This farm, one of three Abreu owns, has 12,000 acres — sizable even by Brazilian standards. And so is Abreu's influence. She's president of Brazil's National Agriculture Confederation, which represents 5 million farmers and ranchers. And she heads the influential Ruralist bloc of land-owning senators and representatives in Congress. 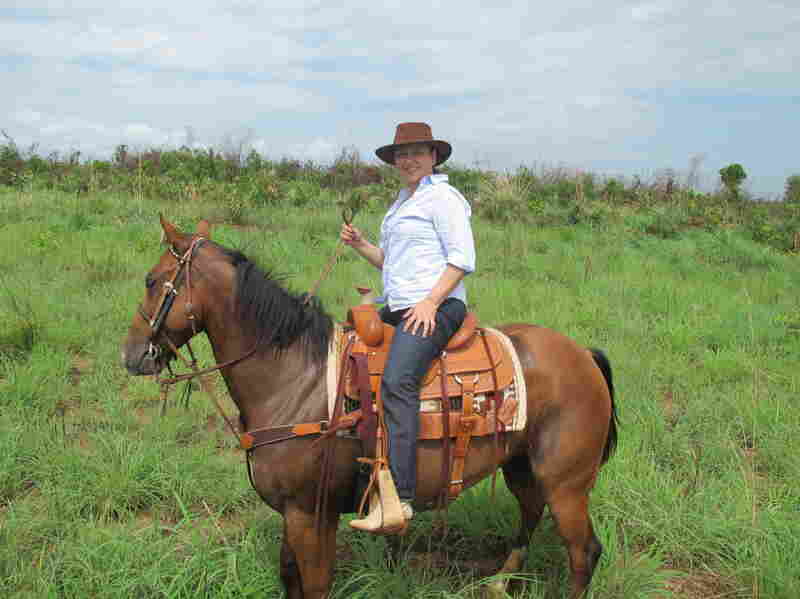 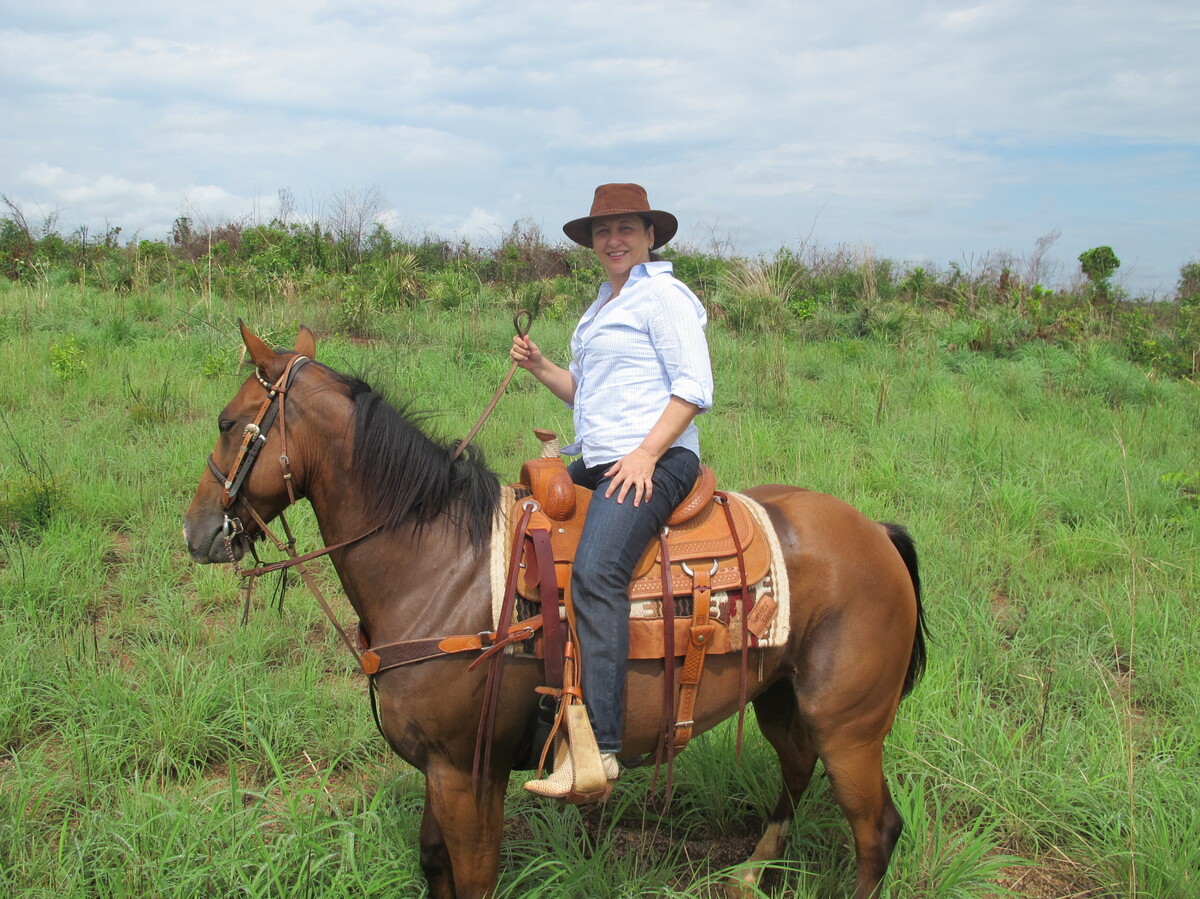 Abreu surveys the farm she owns in Tocantins state in north-central Brazil, on horseback.

She has also built a relationship with one of the world's most powerful women.

"I work with Dilma," Abreu says, meaning Brazilian President Dilma Rousseff. "She and I work to improve conditions and strengthen agribusiness in Brazil."

That's worrisome to environmentalists, who acknowledge that in Abreu they face a determined and sophisticated voice.

Environmentalists say farmers and ranchers want to loosen restrictions on land use, and expand into the forests — including the world's biggest, the Amazon.

"It's clear that the intention of the Ruralist bloc in Katia Abreu's group is to expand the agricultural frontier to the detriment of forests by felling forest in an unprecedented way in the Amazon for the profits of large agricultural interests," says Christian Poirier, an activist with the group Amazon Watch.

Abreu recently led the Ruralists in a bruising battle in Congress, pushing hard for fewer restrictions on the use of land to vastly increase production. That led to passage of a land use law that environmentalists say softened restrictions on farmers and ranchers.

Silvio Costa, who heads the watchdog group Congress in Focus, says the land use law passed because of the overwhelming power Big Agro has in Congress, where 40 percent of all lawmakers are big landowners or their allies.

"Subjects related to agriculture, to land ownership are not discussed in Brazil or in the Brazilian Congress in a democratic way. Because there's a group with power to approve anything they want, they just approve," Costa says.

That's why her confederation recently hired Pele. Yes, Pele, the biggest soccer star Brazil's ever had, and still a national hero. He touts Brazilian agriculture in a new TV ad, and says Brazil is, like him, a champion.

A champion in food production — food needed to help feed a hungry world. That, in fact, is Abreu's message: That as big as Brazil's food production already is, it can — and should — be bigger.

Abreu says that productivity can improve on the same amount of land with more efficient land use and technologies like genetically modified crops. Environmentalists have doubts. But as she walks across her farm, Abreu stresses how ecologically minded she is.

She stops at a clump of trees and pulls at low-hanging cashew nuts. She says she loves to plant, and that every year she plants trees like these.