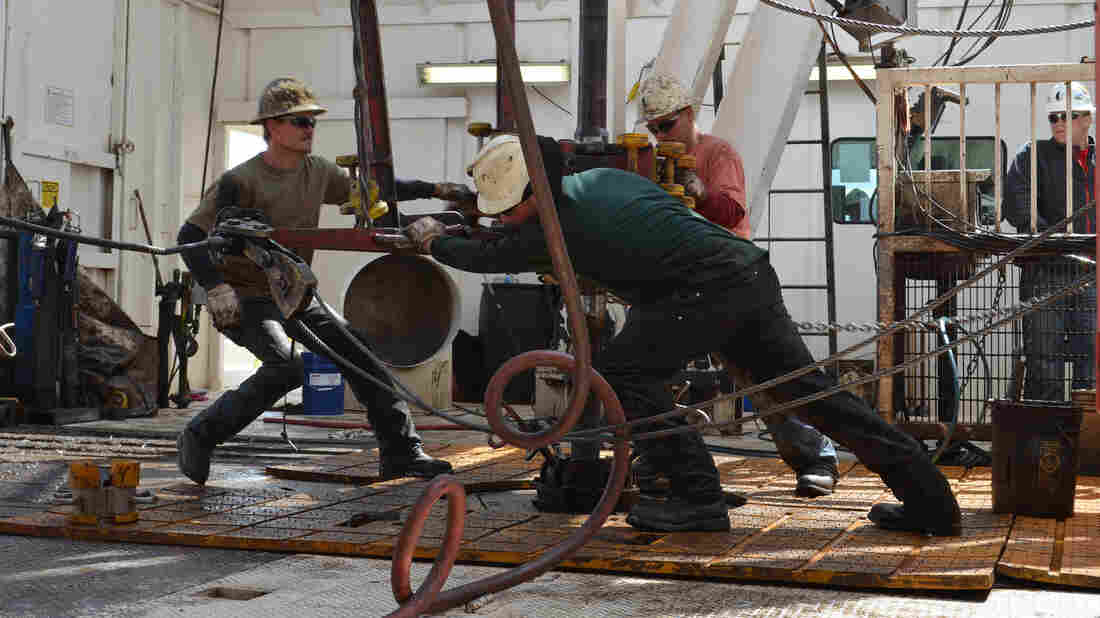 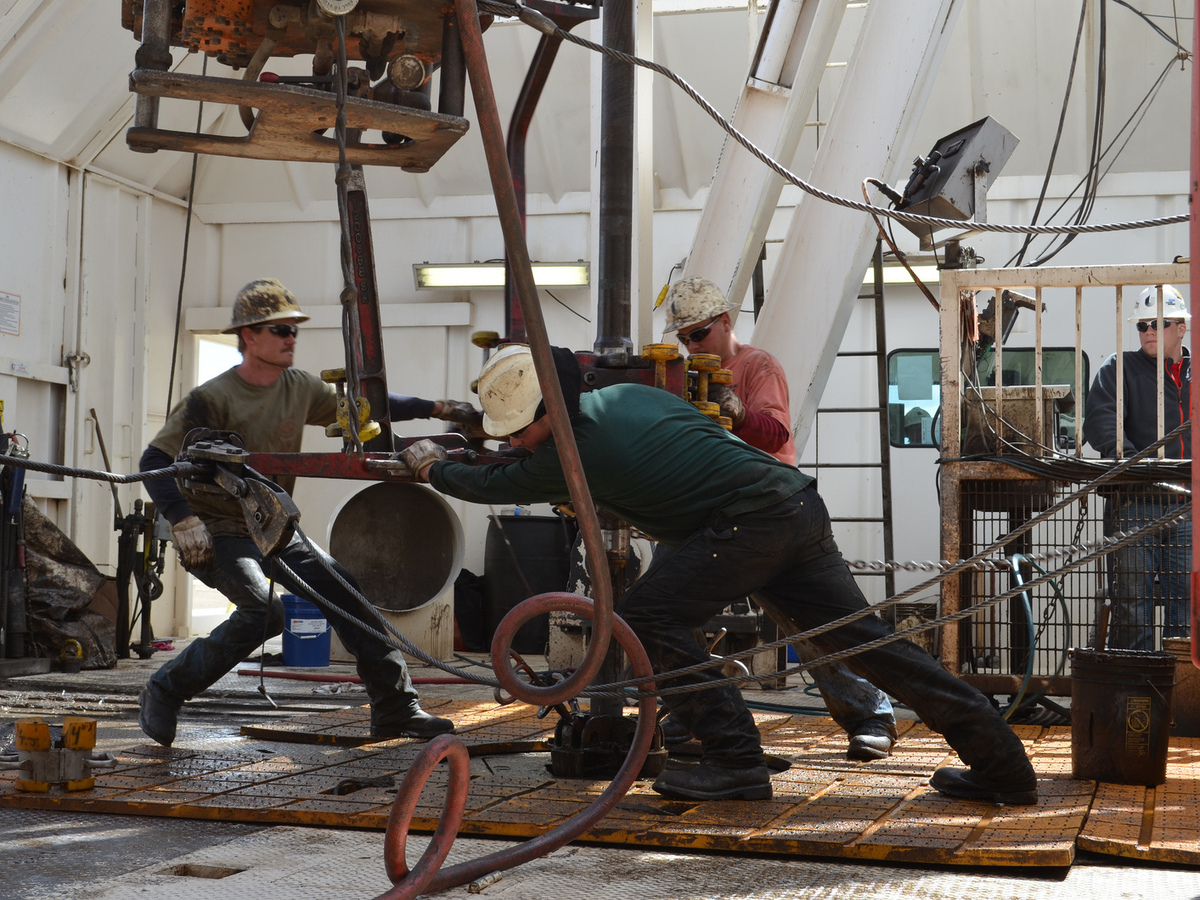 Jobs may be scarce around the United States, but not in western North Dakota. A massive oil boom in Williston and the surrounding area is transforming the landscape and culture of this once-tranquil region.

Producer Todd Melby, who has been covering the boom for public media, composed an interactive documentary with radio stories and videos called "Rough Ride: The Oil Patch Tour." This guided tour through the oil patches illustrates the growth of oil fields over time.

Melby tells Tell Me More guest host Celeste Headlee that the documentary includes user comments: "People give their own tips on how to get a job in western North Dakota, if they want to be like the many thousands of people who've come here from all over the country to get that oil, and to get the big money that there is out here to make."

Music included in the interactive highlights the downsides of "fracking," as this method of oil and gas extraction is called. Singer-songwriter Kris Kitko's song mentions potholes in the road and the fact that housing rents have tripled.

There's opposition to fracking for environmental reasons and because of the changes it brings. And some residents don't like the fact that North Dakota's once quiet, pristine countryside has been inundated with trucks barreling down roads.

Melby says an interactive documentary like his enhances the reporting on a topic like oil drilling: "Radio is a fantastic medium, but video and online data and interactive content really adds another dimension, so people can just understand a story better."

"I never thought I'd see a place where I felt driving on the roads would be more dangerous than driving 5 o'clock rush hour in Los Angeles," he says. "Coming up here, the traffic on this two-lane highway is — I've never seen anything like it. It's just amazing that these guys are — they're nonstop. And it's not, you know, midnight it's over. It's 3 o'clock in the morning, they're still hauling. There is no shutdown time."

"Traffic is huge," says Melby, noting that the counties in western North Dakota lead the state in traffic fatalities. But even with negative effects, he says, most people in North Dakota are embracing oil-drilling.

"The state now has an enormous amount of money in its coffers. And remember, North Dakota only has 700,000 people, and it's got a budget surplus of more than $1.5 billion."

Anita Hayden, 23, works as a roustabout pusher in McGregor, N.D., fixing and maintaining drilling sites. She moved there from the small town of Baker, Mont., with her boyfriend to work.

There was no time for much training, Hayden notes. "I pretty much jumped into the role of the pusher, and I learned as I went. Usually it doesn't happen like that."

She's hoping to put some money away and ultimately move back to Montana to do ranching.

"There's quite a few young people that have just come over because they don't have a job, they don't have girlfriends," Hayden says. "They're just trying to save money — you know, work for two or three years and figure out what they're going to do afterward."

Black Gold Boom is produced in collaboration with Localore, a national initiative of the Association of Independents in Radio (AIR). It's one of several interactive public media stories that NPR's Tell Me More is highlighting.