Accessibility links
'The Fall Of The House Of Dixie' Built A New U.S. In a new book, Civil War historian Bruce Levine says that from the destruction of the South emerged an entirely new country, making the Civil War equivalent to a second American Revolution. Integral to the Union's victory, he says, were the nearly 200,000 black soldiers who enlisted. 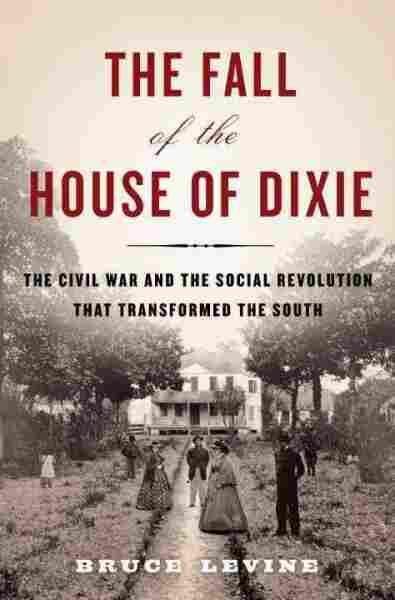 The Fall of the House of Dixie

The Civil War and the Social Revolution That Transformed the South

This month marks the 150th anniversary of the Emancipation Proclamation, which President Lincoln issued on Jan. 1, 1863, in the midst of the Civil War. The document declares that all those held as slaves within any state, or part of a state, in rebellion "shall be then, thenceforward and forever free."

Historian Bruce Levine explores the destruction of the old South and the reunified country that emerged from the Civil War in his new book, The Fall of the House of Dixie. He says one result of the document was a flood of black men from the South into the Union Army.

"The black population of the South had been raised on the notion that, among other things, black men could not, of course, be soldiers," Levine tells Fresh Air's Terry Gross, "that black men were not courageous, black men were not disciplined, black men could not act in response in large numbers to military commands, black men would flee at the first opportunity if faced with battle, and the idea that black men in uniform could exist and ... offer them the opportunity to disprove these notions and ... more importantly, actively struggle to do away with slavery, was unbelievably attractive to huge numbers of black people."

One factor that contributed to this madness, he says, "is the drumbeat of self-hypnosis" that told Confederates that "the slaves are loyal, the slaves embrace slavery, the slaves are contented in slavery, the slaves know that black people are inferior and need white people to ... oversee their lives. ... Black people will defend the South that has been good to them. There are, of course, by [then] very many white Southerners who know this is by no means true, but enough of them do believe it so that they're willing to give this a chance."

Considering what might have happened had there been no war at all, Levine thinks slavery could well have lasted into the 20th century, and that it was, in fact, the Confederacy that hastened slavery's end. "In taking what they assumed to be a defensive position in support of slavery," he says, "the leaders of the Confederacy ... radically hastened its eradication." 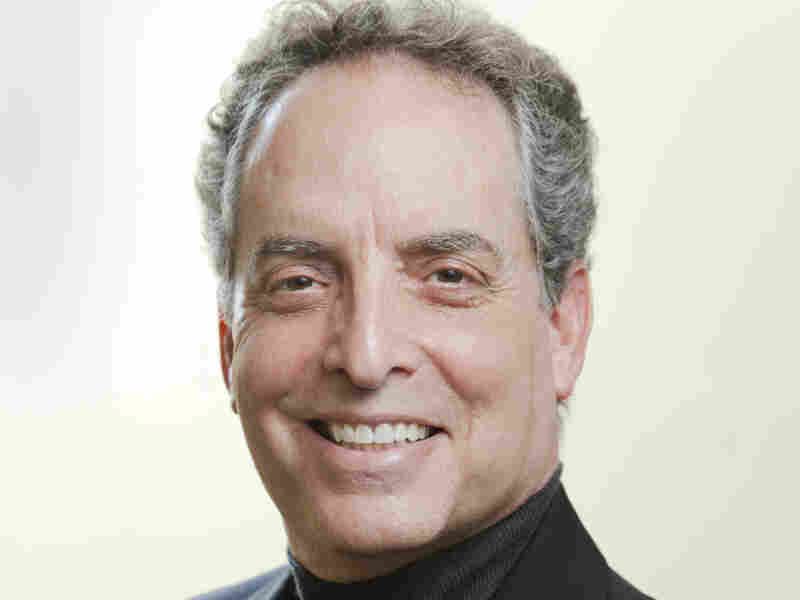 Bruce Levine, a professor of history at the University of Illinois, is also the author of Confederate Emancipation and an editor of the Civil War magazine North and South. L. Brian Stauffer/UI News Bureau: Stauffer hide caption 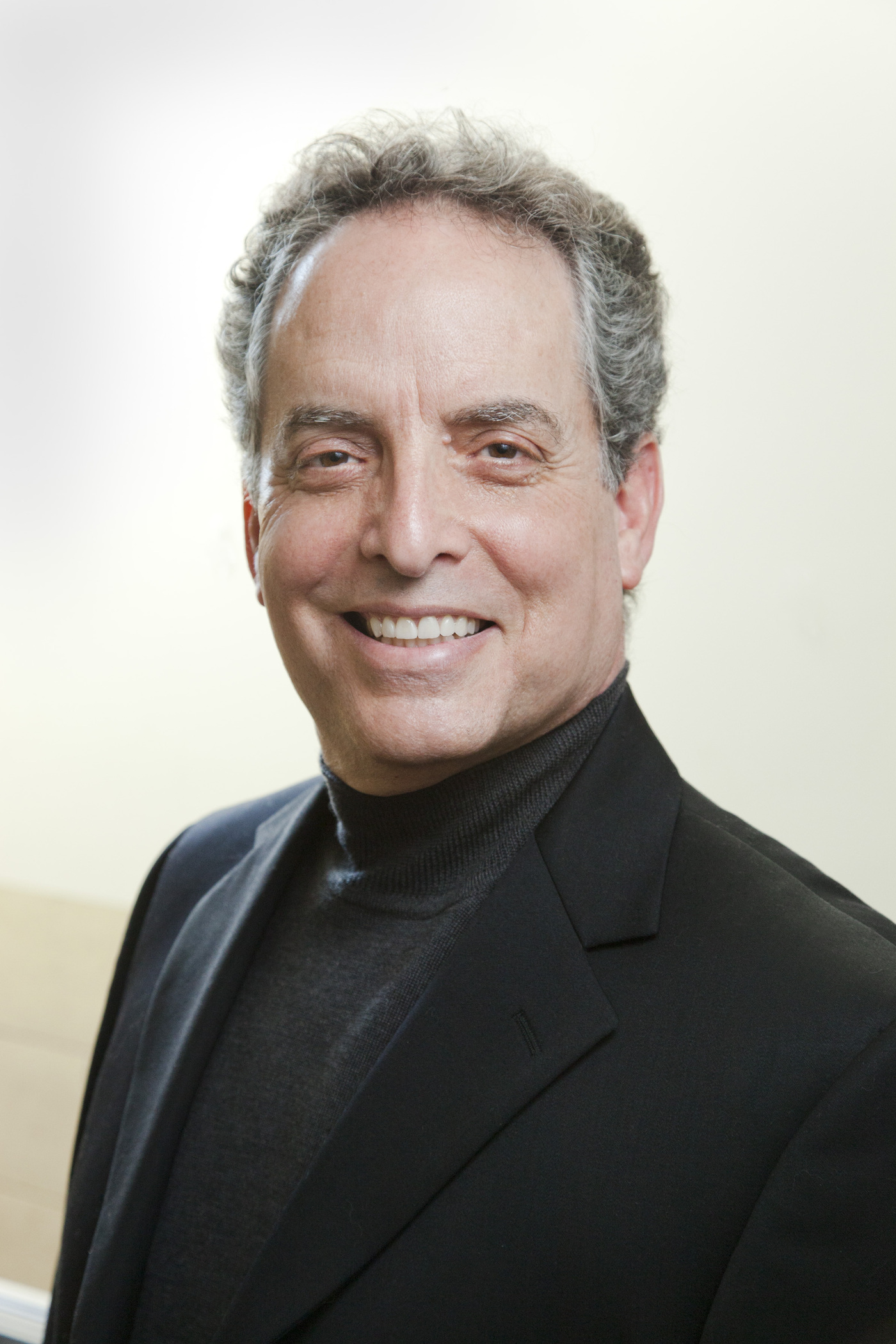 Bruce Levine, a professor of history at the University of Illinois, is also the author of Confederate Emancipation and an editor of the Civil War magazine North and South.

On the black soldiers who fought for the Union, 80 percent of whom were from the South

"By the end of the Civil War, nearly 200,000 black men had served in either the Union army or the Union navy, and that alone was an enormous military assistance to the Union at a time when volunteering had fallen drastically and when there was a great deal of hostility to the draft. So these 200,000 men significantly contributed to giving the Union army the volume, the bulk, the size that they needed to cope with their Confederate opponents, and that gave the union the power, ultimately, to overwhelm the opposition."

On the response among blacks to Union recruiting efforts 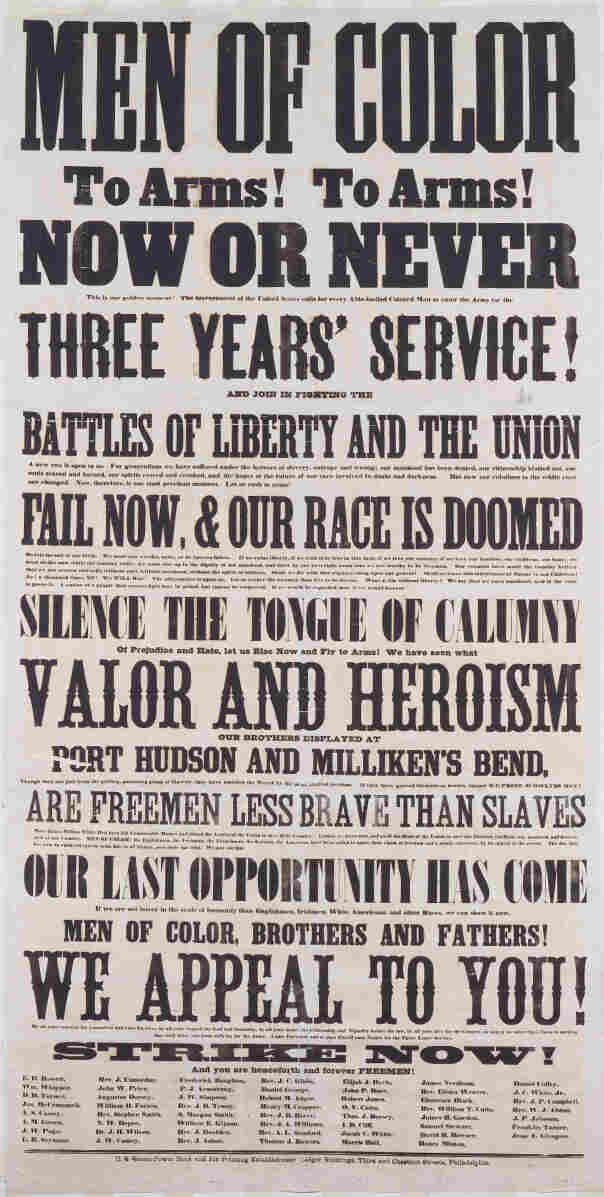 "There were at least some slaves who still believed what others had been telling them during most of the war, namely ... 'This is a white man's war, stay out.' ... And others, because of having just been freed and finally given the opportunity to live the life of free men and women, didn't relish the prospect of immediately being separated from their families and possibly killed before they could realize the benefits of that freedom. But very, very large numbers responded very enthusiastically to the chance finally to, in great numbers, take organized collective action in pursuit of the freedom of their people."

"Large numbers of Northern whites, who may previously have had no sympathy for blacks, are, by virtue of moving into ever more deeply the land of slavery, being confronted with the brutalities of slavery and being confronted with the fact that much pro-slavery propaganda that they have been hearing for decades by Northern allies of the slave owners are lies, and that this system is pretty horrible. And many of them start writing in letters home that, contrary to their original assumptions, they have now become, in effect, abolitionists and they will never tolerate slavery again."

On why Lincoln was so preoccupied with preserving the Union

More On The American Civil War

African-American Faces Of The Civil War

Drew Faust On The 'Shared Suffering' Of The Civil War

"For white men then, this is the cutting edge of progress. They believe what protects the rights that they have is the strength and unity of the country, and they fear that as sections of the country begin to withdraw from the union, the country will continue to fragment, that this will only be the beginning of the fracturing of the union. ... And so, instead of there being one ... more or less powerful country in North America — and south of Canada, that is, and north of Mexico — there might be two and maybe three and maybe four and so on, and that, in turn, might very well lead to the end of republican government in North America. And, again, we're talking about an era in which much of the world still thinks that republican, nonmonarchical, nonaristocratic government is doomed."

"[Stevens] was the foremost fighter against slavery and for racial equality in the Congress. He was the most important single figure, I would say. It's also true, and I think undersold in the film [Lincoln], that Stevens and the radicals were way ahead of Lincoln throughout the war on these questions, pointed the way forward for Lincoln, and without their pressure and without their agitation and without their constant demands, it's not at all clear Lincoln would have eventually moved in the same direction. They — and Stevens as an individual — are a very important part of the story of how slavery comes to an end."

Read an excerpt of The Fall of the House of Dixie