Accessibility links
Despite Censorship, Mali's Musicians Play On Last year in Mali, militants linked to al-Qaida took control of the northern part of the country. They have banned all music except for Quranic verse — but some artists are finding ways to fight back. 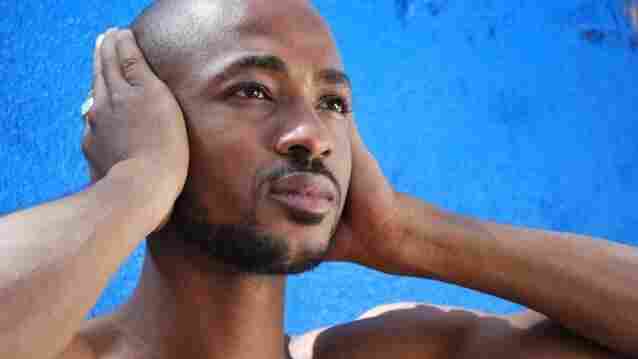 Rapper Amkoullel had one of his songs banned by Mali's government, which controls the southern part of the country. It's even worse in the north, where militants linked to al-Qaida have outlawed virtually all music. Courtesy of the artist hide caption 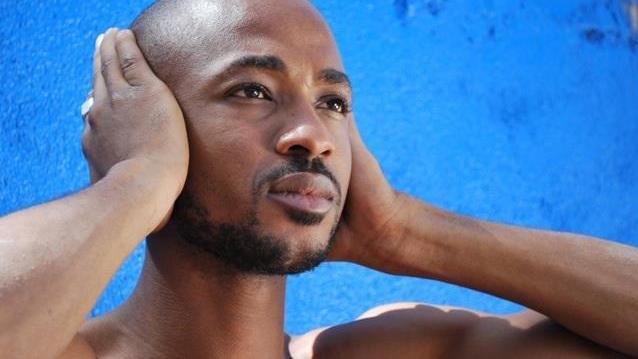 Rapper Amkoullel had one of his songs banned by Mali's government, which controls the southern part of the country. It's even worse in the north, where militants linked to al-Qaida have outlawed virtually all music.

Amkoullel, a 33-year-old Malian rapper, sings about self-image, immigration and respect. He's among a new generation of young rappers in Mali, mixing traditional instruments with new themes. He has played all over the world, performing with Malian legends Salif Keita, Ali Farka Toure and Toumani Diabate.

Even before Mali's political upheavals in 2012, he had attracted the attention of the government.

He created an association called Plus Jamais Ça — "never again" — and released the song "SOS." It was a cry for help to the government, or anyone, to stop what was happening in the turbulent north of his country, where radical Islamists took control last year and banned all music except Quranic verses.

These songs were recorded live at the Festival in the Desert in Timbuktu, Mali in January 2012— just weeks before the country's president was toppled in a coup and forces linked to al-Qaida banned music in the country's vast north.

In the song, you can hear the words "C'est un SOS, SOS," declaring that Mali is in a state of emergency.

The music video shows footage of men with guns, women displaced from their homes, people marching — events that were happening long before the military ousted the government in the capital city of Bamako last March.

"Everybody could feel that something would happen," Amkoullel says, "because people were, like, hopeless, waiting after change."

Militants linked to al-Qaida have long been a threat in the north. After the coup in the capital, the militants took advantage of the country's chaos and took control in all of the north.

Amkoullel wrote the song to grab attention — to keep this from happening — but the song has been banned by the government in the capital, presumably out of fear that the song could incite people to take action against the government.

"They just ask me to do a video with flowers and butterflies, but we are not living with butterflies," he says. "We are living with guns, with al-Qaida, with Sharia — all those kind of things that are not Malian."

Amkoullel hasn't stopped performing, but in the north of Mali, a more sinister form of censorship is taking place.

The al-Qaida-linked militants have banned music of any kind, even cellphone ringtones, and have also put an end to the Festival in the Desert, which had been held for the past decade near Timbuktu. The festival had attracted big-name Western acts.

"This is why we are really sad, because we started to build something very important for Timbuktu, for Mali," says organizer Manny Ansar. "Having it stopped is really a damage."

Ansar is from a family of nomadic herders who roam the vast dunes north of the city. Even though he's been threatened with his life if he goes back, he says he hasn't given up.

He's still organizing the festival, but at a different venue, with a different name: the Festival in Exile. It will be a caravan of artists who travel and perform through West Africa, culminating in a three-day event in Burkina Faso.

"We can't fight with gun against them. I don't want war at all," Ansar says. "For me, our only way to fight is by culture, is by music."

Music is at the heart of life in Mali, intrinsically connected to everything — celebrations, commemorations. History is told through songs. For Ansar, music in Mali holds too much power to ever be silenced.

"Music really has a special place in Malian society. Our daily life has music everywhere," he says. "It's more power than law. It's a kind of social law, sometime more strong than the political or social law."