Accessibility links
A Dash Of Olive Oil May Preserve British Cathedral One of the world's most basic cooking ingredients could be the key to protecting some of Europe's most stunning buildings. The limestone used in England's 800-year-old York Minster is particularly vulnerable to pollution. The oleic acid in olive oil, British researchers say, may provide the protective coating needed to prevent further decay. 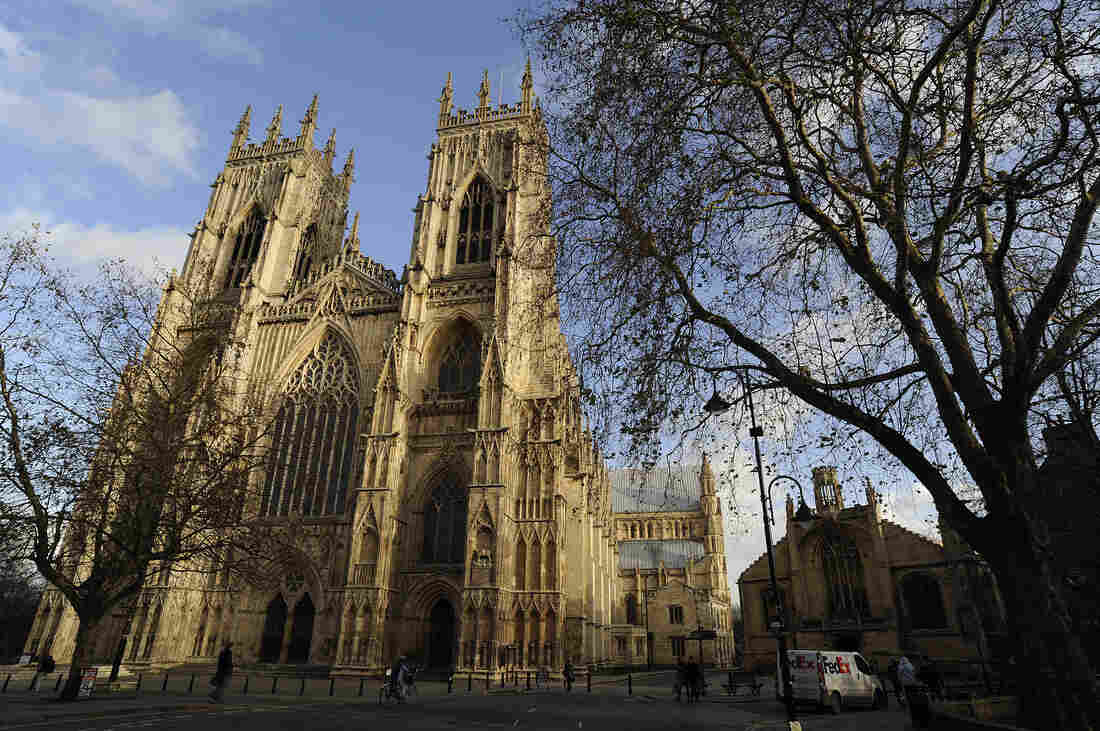 The stones of York Minster in northern England are decaying. Olive oil may be just the dressing the cathedral needs to preserve its Gothic architecture. Nigel Roddis/Reuters/Landov hide caption 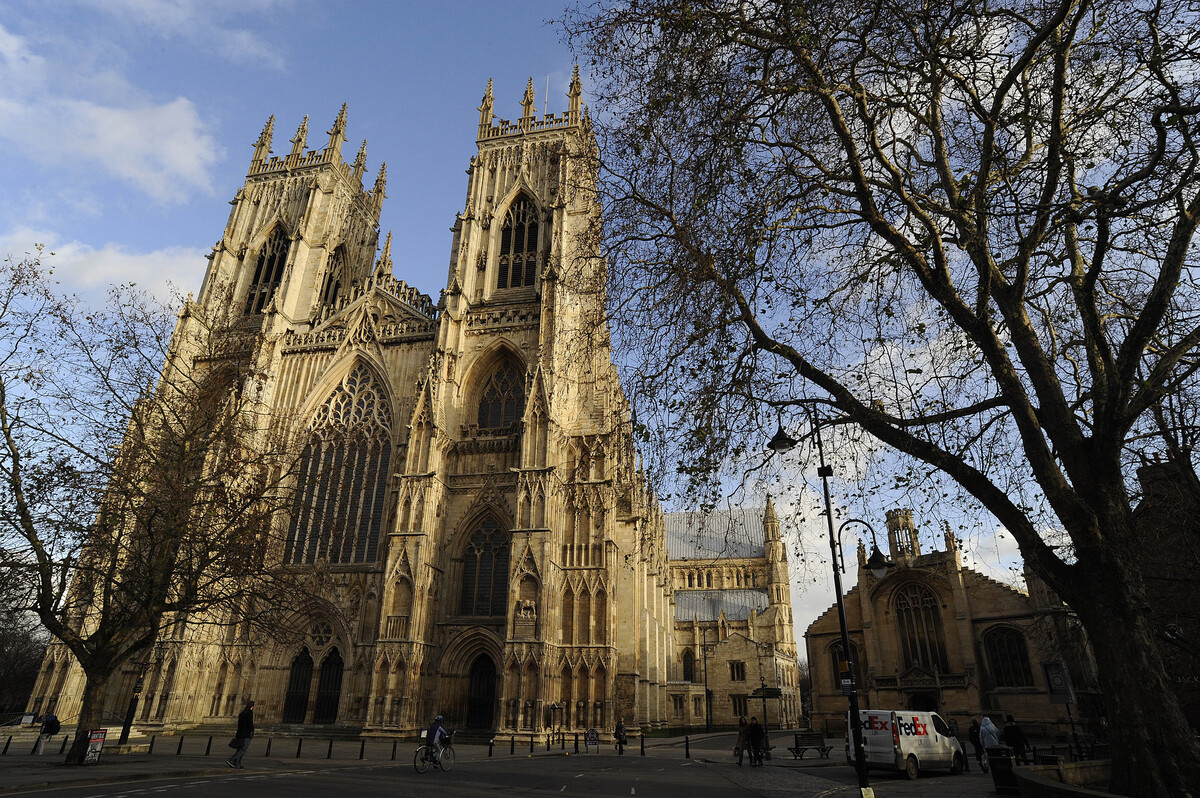 The stones of York Minster in northern England are decaying. Olive oil may be just the dressing the cathedral needs to preserve its Gothic architecture.

The British have some stunning cathedrals, and York Minster, in the north of England, is one of the most magnificent of all.

Construction on it began 800 years ago, and a mere 2 1/2 centuries later, work was complete.

The result was one of Europe's largest Gothic cathedrals and one that's had a rough ride through history: It's been pillaged and looted, and damaged by devastating fires and lightning strikes.

Today, there's another threat: acid rain. As a result, the cathedral's stones are decaying.

British scientists and archaeologists have teamed up to try to find a solution. One promising possibility may be as close as the kitchen cupboard: olive oil.

The medieval craftsmen who built York Minster used rock from a nearby quarry. It's a type of limestone particularly vulnerable to damage by atmospheric pollution.

And because limestone has a memory, it's not just pollution created by this modern, car-crazy age. Locked within the stones of York Minister are the residues of pollution churned out in the 19th century by the factories and power plants of Britain's Industrial Revolution.

Those residues slowly permeate the surface of the stone with alarming effect.

"The salts actually build up in the microstructure of the stone and eventually crack it, and large features will start to fall off the building," says Karen Wilson of Cardiff University in Wales.

The Search For A Protective Coating

Wilson heads a research team trying to develop a protective coating for York Minster and other ancient limestone buildings.

The team wants something that's water-repellent and keeps out that acid rain. It also needs the coating to let the limestone breathe, allowing the nasty stuff from the Industrial Revolution to escape.

Protective coatings have been tried over the last century or so. In one experiment, linseed oil was used on York Minster, but it damaged and discolored the stone, making it darker.

But it did give Wilson and her team an idea. They, too, turned to common household products and came up with olive oil.

"The nice thing with oleic acid [olive oil's main component]," Wilson says, "is that it has one end ... which will selectively react with the stone, and then the other end — which is a very long hydrocarbon chain — will give you the hydrophobic properties to repel the water."

The oleic acid gets mixed with another substance to create the protective coating.

Tests have been carried out using samples of the cathedral's stone. Wilson says it's still early, but the results are looking good.

One of the world's greatest Gothic cathedrals somehow survived all that pillaging and all those fires. Now, maybe, it will stand for another 800 years — thanks to a little salad dressing.