Accessibility links
'A Life In Friendships' Is A Life Well-Lived Susanna Sonnenberg's life has been full of interesting women, and in a new memoir she tells their stories. Reviewer Meg Wolitzer says that She Matters: A Life in Friendships is a beautifully written book about the bonds, and the boundary issues, between women. 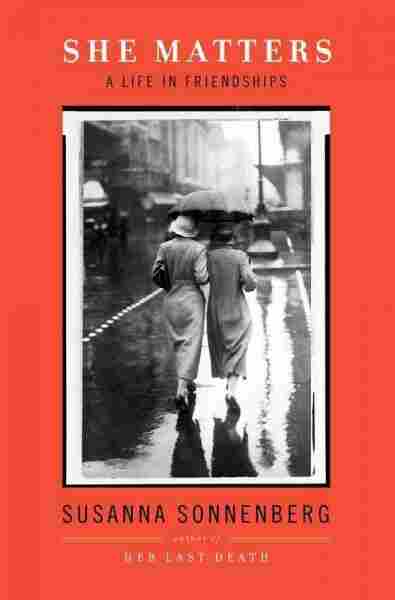 A Life in Friendships

You know how sometimes in life you make a friend, and at first you want to talk to her all the time, feverishly telling her details that, by their very personal nature, will bind you to this other person forever, or so you hope? But inevitably, of course, friendships shift and change and become something different from what they initially seemed.

I think books can undergo a similar transformation. You start reading a book thinking it's going to be one thing and one thing only, but after a while you realize it's gradually become something else, too. And so you feel a complicated set of emotions that replace your initial one-note purity.

I sort of felt this way about Susanna Sonnenberg's memoir She Matters: A Life in Friendships. Initially, I found myself drawn right in to the author's friendship vortex, fascinated by the knowing observations and beautiful writing she's applied to this most compelling of subjects. Here's Sonnenberg writing about an intense summer camp friendship, described to Judy Blume perfection:

"She stood next to me and we held in our stomachs when Greg La Rosa ambled by and said, 'Hi.' She explained marshmallow spread as we sat down with trays of Fluffernutter sandwiches ... She made me a peach-pit ring, and I made her a peach-pit ring.

What surprised me in this memoir was that, as the narrator gets older, her friends sometimes reveal that they certainly can live without her. There are bad, raw friendship breakups in this book. In one scene, Sonnenberg receives a letter from a girl who had been her college roommate 25 years earlier: "What she remembered of our acquaintance was that she hated me," Sonnenberg says.

And as a young mother, after a relaxed lunch with a friend, Sonnenberg gets an email that has the bluntness of a wartime telegram: "I can't be friends with you anymore," the woman says. And in yet another encounter, a vulnerable Sonnenberg asks a friend if she and her boys can come over that evening. The friend puts her off, asking to do it another night. Sonnenberg eventually confronts her, saying how hard it had been for her to ask for something specific.

To which Sonnenberg replies, "But I should count!"

That line serves as the heart of this book, because of course the author does count — not only to her friends, at least much of the time — but also to her readers, who will surely admire her honesty, intelligence and lack of vanity, and be occasionally taken aback by her unrelenting intensity. As a result, the book becomes not only what I initially thought it was — an affecting, emotional and nostalgic look at the ways in which women form bonds — but also just as much a study of the boundary issues that can crop up between friends and threaten to ruin everything. 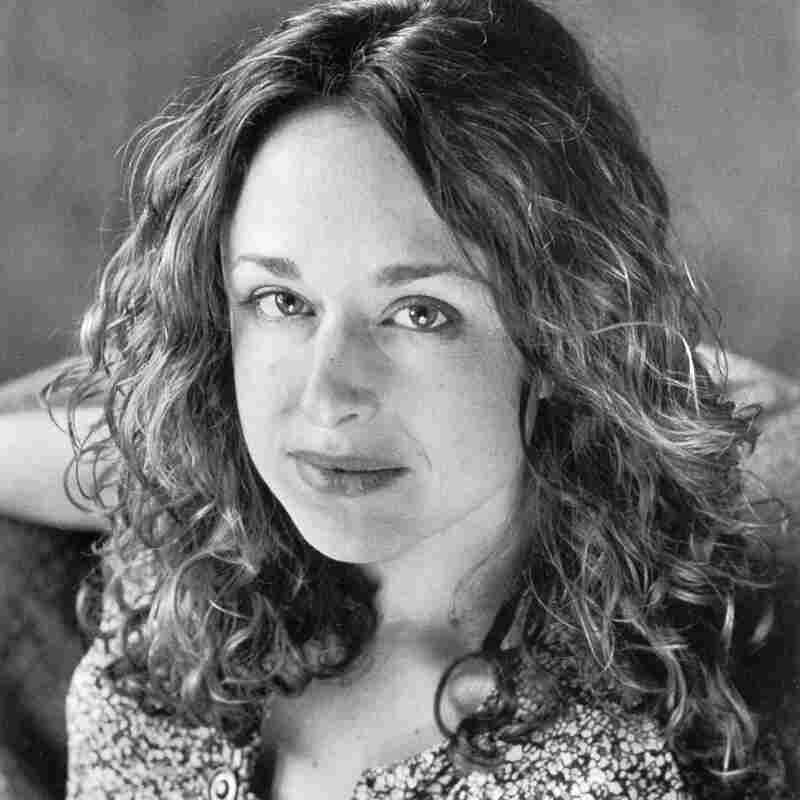 Susanna Sonnenberg is the author of a previous memoir called Her Last Death. Marion Ettlinger/Courtesy of Scriber hide caption

Sonnenberg, who's aware of her passions and ambivalences, and doesn't hide from them, made me think about what a friendship is, anyway. After all, you're not related to these people, you're not married to them (although in one compelling episode, she does become lovers with a friend), so what exactly do you owe each other? What are the rules? And why do they keep changing all the time?

It should also be mentioned that the author's first book was also a memoir, about her dramatic, unstable, druggy mother, one of those people about whom other people probably said, "She was larger than life." A life-sized mother would have been just fine, for it's easy to see how having such an overwhelming mother might not only damage a daughter's friendship here and there, but also heighten a daughter's need for caretaking, love and attention from all female friends, forever. The author certainly is well aware of this, and she never tries to hide it, but simply gets it all down on paper.

But here's the funny thing: Had Susanna Sonnenberg written an empowering look at all the gentle women friends she's loved over the years, her book wouldn't have been interesting at all. Instead, I think, she's written something that interests, exhausts, moves, perplexes, impresses and yes, matters.

Meg Wolitzer's most recent book is called The Uncoupling. Her next book is The Interestings, which will come out in April.