Accessibility links
Book Review: 'Umbrella,' By Will Self Will Self's latest book, Umbrella, is a complex and brilliant novel set in a North London psychiatric hospital. Reviewer Annalisa Quinn says it shines a light onto 20th century psychiatry with inventive and dazzling prose. 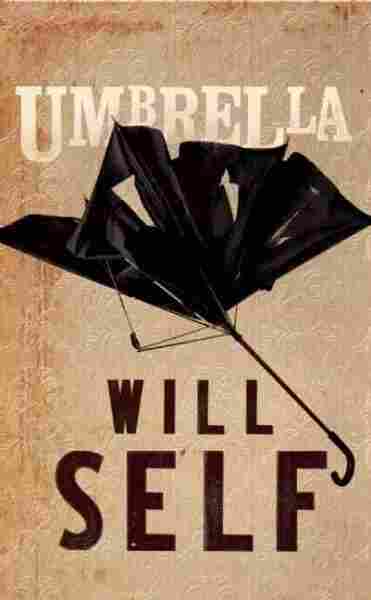 Title
Umbrella
Author
Will Self

Will Self's latest novel, the Booker-shortlisted Umbrella, is a strange and sprawling modernist experiment that takes the human mind as its subject and, like the human mind, is infinitely capacious, wretchedly petty and ultimately magnificent, even in its defects.

In the bleak Britain of 1971, psychiatrist Zachary Busner is working in a North London mental hospital. He begins to notice a strange tic afflicting several of his patients, and diagnoses them with encephalitis lethargica — a catatonic state caused by an untreated brain infection. Busner's narration is interspersed with that of one of his patients, the variously named Audrey Dearth (Death; Deeth; Deerth; De'Ath), an elderly patient and an "enkie," or encephalitis sufferer, who wakes from a coma of some 50 years.

That is the novel's narrative heart, but worrying about traditional plotlines in Umbrella would be something like hunting for a nativity scene in a Jackson Pollock painting.

The narrative switches perspectives without warning and sometimes in the space of a single word. (One memorable transition occurred in the middle of the word "enigmarelle," enigma belonging to one world, elle to another, and enigmarelle — a vaudeville automaton — somehow, to both.) You could try to keep track of such switches, but it's far nicer to stop worrying and fall into the slipstream, to find yourself sometimes in a drab and dank mental hospital, sometimes being shelled in a World War I trench, sometimes in a munitions factory, sometimes in the floral boudoir of a weeping adulteress, and to enjoy the way the worlds dance around and within each other.

The title, Umbrella, is lifted from a line in James Joyce's Ulysses: "A brother is as easily forgotten as an umbrella." And the whole novel is intensely modernist, sharing Joyce's continuous narration, disregard for anything resembling readability, and flamboyant delight in knowing more words than his readers (Niblick? Dekko? Verbigeration? Coprolite?).

Self writes that suicidal patients have "sprightliness fizzing in their melancholy," a description that somehow fits his own sentences perfectly — grim and dense, but also antic. The novel is full of his grotesque and brilliant coinages: "homolog" for the records of a man's same-sex encounters, or the evocatively sibilant pissmist for the back-spray of urine. 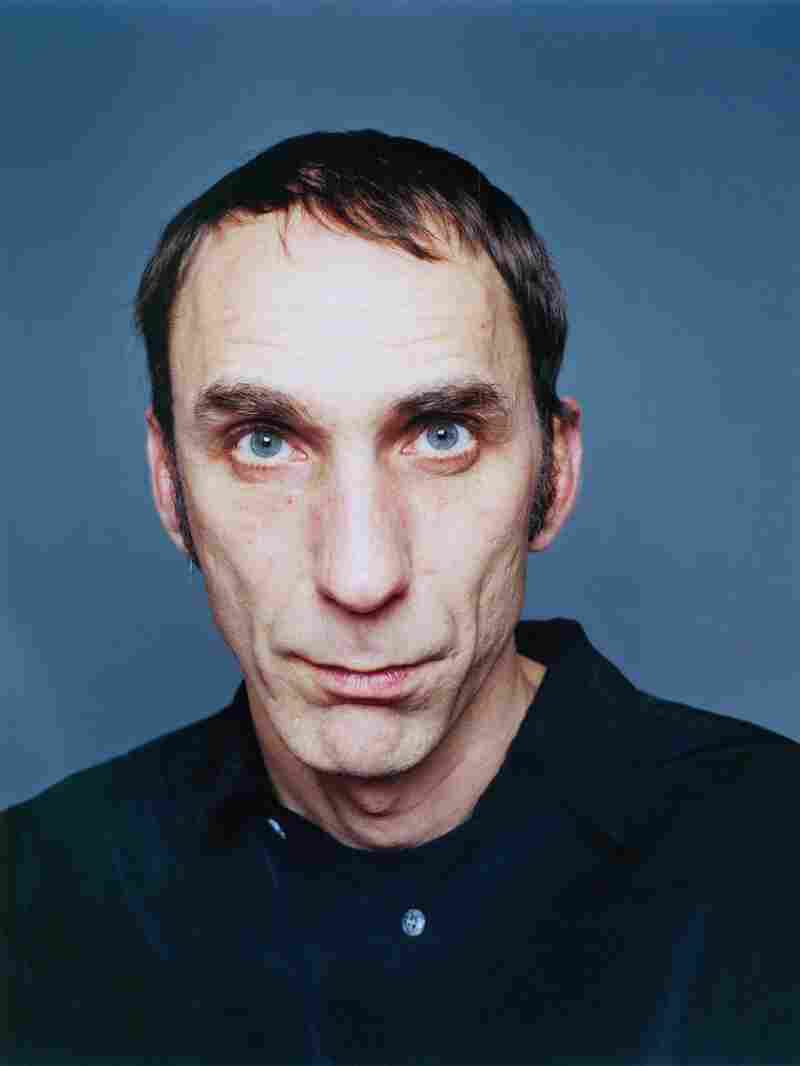 Will Self is a British author and journalist. His latest book, Umbrella, was shortlisted for the Man Booker Prize. Polly Borland/Grove Press hide caption 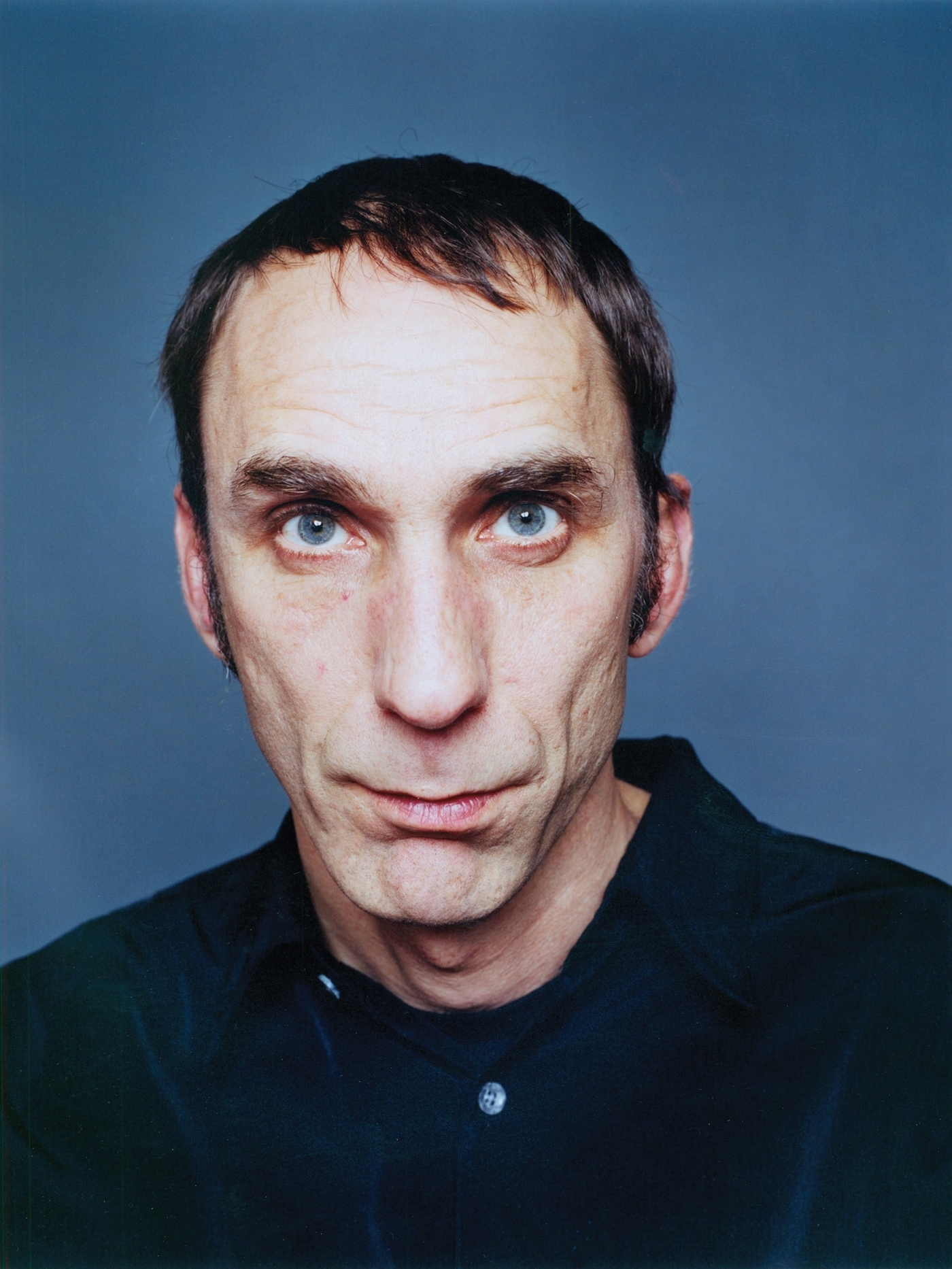 Will Self is a British author and journalist. His latest book, Umbrella, was shortlisted for the Man Booker Prize.

And like Joyce, Self is exuberantly, ostentatiously allusive — toying with phrases from King Lear to Kant to the Beatles — and he also shares Joyce's rhythmic, ungrammatical style: The narrative is laced with snatches of songs or slant rhymes (Busner walks "sea-sluggishly through the greeny-briny.")

But the opening line of the novel is the most telling allusion. Busner walks through the hospital singing the Kinks song "Apeman" in his head: "I'm an apeman, I'm an ape-apeman," goes the chorus. The first verse continues: "I'm no better than the animals sitting in their cages in the zoo," a philosophy that's evident in the sheer physicality of the novel — it luxuriates in the grisly details of battlefield wounds and bed sores and bad sex and old age.

Umbrella is also deeply uncomfortable with medicine and technology. The influence of R.D. Laing — the controversial existentialist psychiatrist who posited that mental illness might be a social construct — is clear throughout the novel. Self delights in subversions, merrily punching holes in sacred institutions like medicine, warfare and industry. He skewers psychology's over-analysis of basic human instincts: One sex scene has Busner narrate, "Only when we touched did she unlock, did her synovial fluid flow, so that I felt her muscular rigidity liquefy into spasticity."

Umbrella is exactly what Virginia Woolf called Ulysses in her journal: "egotistic, insistent, raw, striking and ultimately nauseating." It may not be beautiful, but it is extraordinary.

Read an excerpt of Umbrella