Accessibility links
In 'Sliver Of Sky,' Barry Lopez Confronts Childhood Sexual Abuse The nature writer has an essay in January's Harper's Magazine that details the four years of his childhood during which he says he was routinely raped and molested by a family friend. 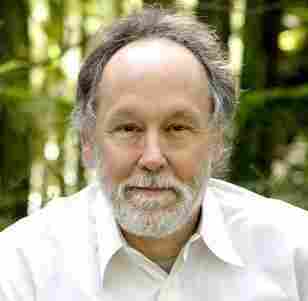 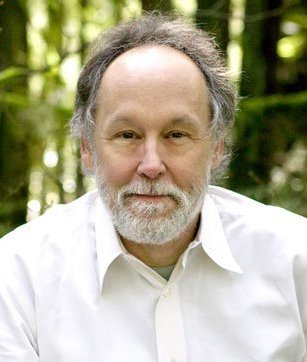 Barry Lopez is known for writing about the natural world. His books include Arctic Dreams and Of Wolves and Men, where he explores the relationship between the physical landscape and human culture. But in a new essay in the January issue of Harper's Magazine, Lopez writes that he was sexually molested by a family friend when he was a boy, and says the man was never brought to justice.

The abuse began when Lopez was 7 years old. The man, named Harry Shier, oversaw the alcoholism treatment for a relative of Lopez's mother at the sanatorium Shier supervised in North Hollywood, Calif. He presented himself as a doctor. Lopez writes that Shier said there was something wrong with Lopez, and that the rape was treatment for that problem.

"I was a child," he tells Fresh Air's Terry Gross. "I was 7 years old, and the world of medicine and the world of treatment and the world of how we take care of each other was a tabula rasa for me. I knew that when I saw these degrees from prestigious institutions — all of which were fraudulent — on his wall that I was in the hands of somebody that I knew the adult world respected, and as a young person trying to learn the world, I was trying to understand things that were new to me, and that just fell into that category.

"I think one of the things that's difficult for adults to understand about pedophiles who really prey on children is that the child is not an adult, so the perspicacity and the insight and the intuition that an adult might have in a situation like this [to] sniff the fraud out before it takes on the scope that it did for me and for others — you can do that as an adult but you can't do that as a child. And a child can be manipulated 10 ways to Sunday. All the while, the child is trying to pay attention and trying to understand a foreign world, and this was just part of that foreign world."

Shier, Lopez says, pretended to court his mother, who was recently divorced and struggling financially. And so, Lopez says, "[Shier] was extremely good at creating an atmosphere in our home where he would be highly regarded and appreciated by my mother and, you know, trying to control me was as simple as keeping a ... dog in a box. You're just a prisoner of something you can't understand."

Lopez, who lives in Oregon, says this piece is the hardest he's ever written.

"The advantage that I had," he says, "is that I've been a writer all my life, and I had somebody at Harper's — Chris Cox — who was an exceptional editor, who could do what I could not do, which is I could not find and hold the emotional distance that I needed from this material in order to write about it in the way that I thought I had to, which is, in the end it's not about me, it's about us."

"This went on for four years, and during those four years I think I went through every scenario I could imagine as a child about how to protect myself, but I never found any path to follow where I knew somebody would intervene and protect me. ... Many of the children who end up in situations like this come from families where there is only one parent, and you are trying to figure out who you are when you're also dealing with this traumatic experience, and you're not old enough to frame the question that lets you go to an adult and say, 'I think something's really wrong here.' "

On what is lost to those who are sexually abused

"Certainly innocence is gone and sexual and gender confusion is introduced, but you can actually talk about things like that. What is taken that you can't talk about is the sense of your own dignity as a human being, and what's taken from you is the ability to articulate your meaning in the world. Everyone wants to mean something in the world, and without having to state it, to have it recognized by other human beings ... and that is part of what is set fire to you when somebody treats you like a rag doll. You have no voice, you have no physical ability to resist."

"Sliver Of Sky: Confronting The Trauma Of Sexual Abuse" by Barry Lopez

On what prompted him to write the story

"I've basically been silent about this all of my adult life, and one of the things that precipitated my decision to write the story. ... I wrote this piece before the Sandusky thing [the Penn State sex abuse scandal] broke so that it wasn't the newspaper story that compelled me to do something — I had become impatient with the cast of newspaper articles that suggested that in the legal pursuit of pedophiles what young men and women were most interested in was winning a financial judgment or in punishing, seeking vengeance. And it struck me that that was the last thing, really, you'd be interested in as somebody who had been serially molested. What had been taken from you was a sense of self-worth and dignity, and the only way you can get those things back is in open, unjudged relationships with other people, and then you ... have a chance to develop again a sense of self-worth. ... So what you really want, in the simplest terms, is for somebody to believe what happened, to take you at face value and not to manipulate you in a courtroom, for example, to seek justice."

"The whole mindset of being a victim and pointing at somebody else and accusing them — that's not a very productive place to go, and it's certainly a terrible place to stay. We're all of us human, and we fail — we fail miserably in moments when we wish to show how we love. So I don't know what happened for her. All I really wanted from her was clarity. I wanted to be able to say to her, 'What happened to you during these years?' and 'Are you OK?' But couldn't, you know. She was dying of cancer in a hospital in Manhattan, and I sat with her off and on almost every day. And I asked her if she wanted to talk about what happened in California, and she didn't or wouldn't answer me. She just turned away and wept, and then she died."

"I know this: That when I was so compromised as a child that there was no zone of safety for me, no place was safe and especially adults weren't safe for me, the thing that felt safe in the sense that I felt that surge towards lyricism when ... I saw something outside myself, the world beyond the self ... and I felt this surge of lyrical pleasure in the way the wind sounded, for example, in eucalyptus trees. I knew that I could carry that with me. I could carry it as a memory, and I could carry it as a structure to help me build a safe place in the world."