Accessibility links
Movie Review - 'Storage 24': Boxed In With E.T., And He's Hungry It traces familiar paths and patterns, but Johannes Roberts' Storage 24 is sufficiently entertaining as a group of misfits face off with a deadly alien in a cavernous London storage facility. 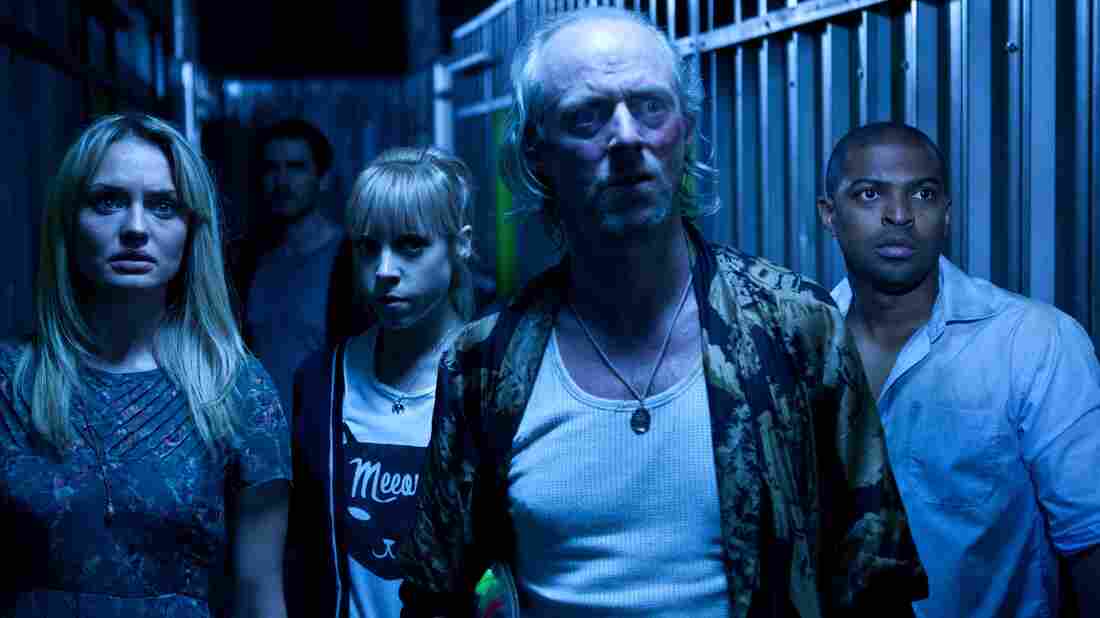 A handful of plucky Brits battle claustrophobia, a drippy love triangle and an Alien-derived plot in Storage 24, a low-budget creature feature with more gumption than originality.

Set in a cavernous London storage facility, the story traps five 20-somethings and an employee in lockdown when a military cargo plane crashes nearby. Waiting to be released, Charlie (Noel Clarke, who also wrote the screenplay) and Shelley (Antonia Campbell-Hughes) grumpily divide their possessions after a tense breakup while their friends run interference.

Unknown to everyone, however, the mystery plane has deposited much more than the mangled debris and smoking metal they can see in the parking lot. 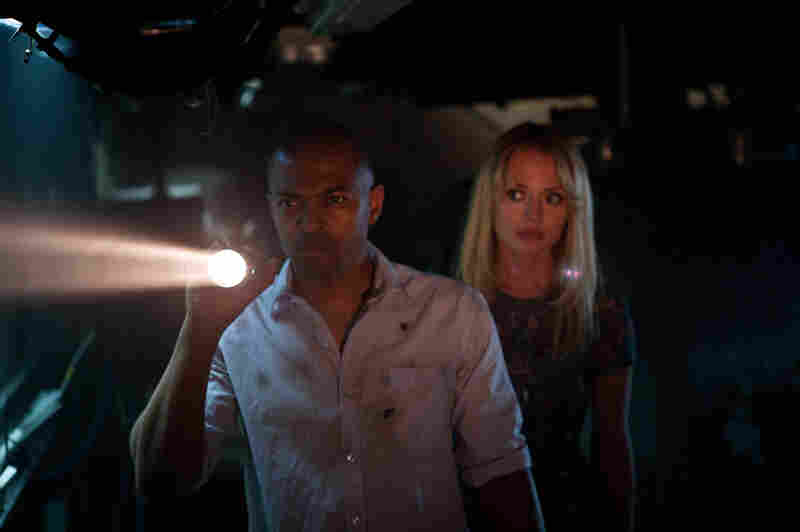 Charlie and Shelley must move past their messy breakup if they're to survive after a government plane crash-lands a deadly alien in their London neighborhood. Matt Humphrey/Magnolia Pictures hide caption

Outside of Bond films and the oeuvre of Guy Ritchie, characters in British features rarely own guns, so when an alien beastie begins stalking our whey-faced gang, they have only their wits — and the repurposed contents of strangers' storage lockers — to fall back on.

Unfortunately, wits are also in short supply. Charlie is more interested in figuring out why he was dumped than in discovering how to escape, and his best friend interrupts a critical weapons hunt for a snogging session with Shelley. But Clarke, who perfected his panic face during his stint on Doctor Who, has written himself a nicely heroic character arc that makes Charlie probably the only member of the group we'd like to see survive. Or at the very least, emerge with more of his skin and internal organs intact.

Creatively exploiting his single location (captured partly on a soundstage and partly in a disused brewery), director Johannes Roberts noses his camera down eerie corridors lit by chilly neon. Identical aluminum doors flicker in the stuttering electricity, and metallic scrabbling accompanies the critter's movements through the air vents. Jacking up our emotions with doomy photography and a palpitating score, Roberts makes sure we don't linger too long on the film's fault lines.

Derivative and dorky, Storage 24 still entertains more often than it exasperates. The alien is merely serviceable (it looks like the Predator after a year with Jenny Craig), the acting unreliable (Campbell-Hughes seems to think she's in rehearsals for Downton Abbey), and the humor a little vile (misogyny remains a genre staple). But between the effective opening and the nicely downbeat ending, this grubby game of monster and mouse gets the job done.