Accessibility links
Cigarette Makers Frustrated As Product Approvals Stall The Food and Drug Administration must review all new tobacco brands, and changes to existing ones, under a 2009 law giving the agency jurisdiction over tobacco. But the FDA has yet to approve any products under the new system, leaving some cigarette makers frustrated with the pace. 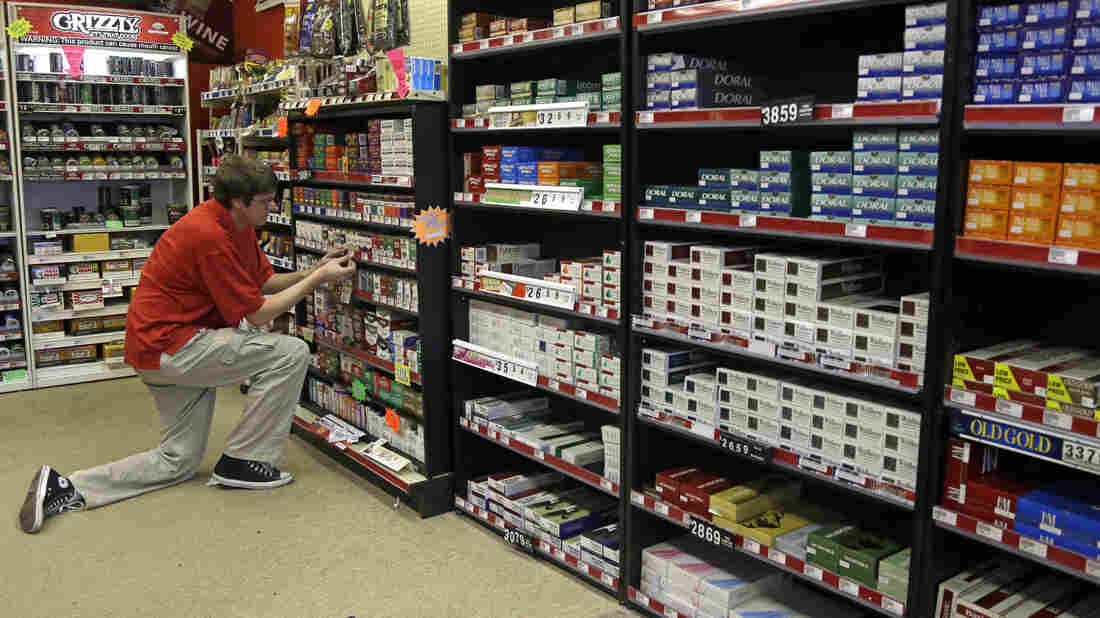 A clerk prices cigarettes at Discount Smoke Shop in Ballwin, Mo. The Food and Drug Administration, which must approve all new tobacco products or any changes to existing brands, has not cleared any products since assuming that responsibility in 2009. Jeff Roberson/AP hide caption 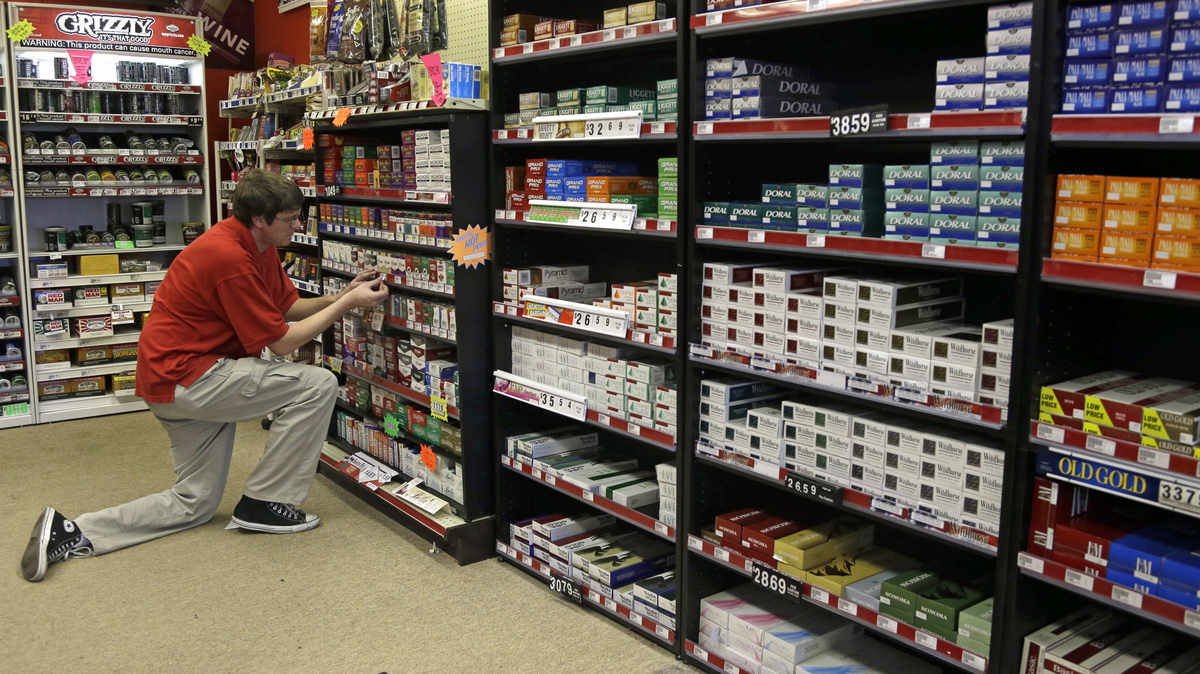 A clerk prices cigarettes at Discount Smoke Shop in Ballwin, Mo. The Food and Drug Administration, which must approve all new tobacco products or any changes to existing brands, has not cleared any products since assuming that responsibility in 2009.

It's been only a few years since Congress granted the federal government the power to approve how tobacco products are made and sold in the U.S.

The Food and Drug Administration's new Center for Tobacco Products, established under a 2009 law that gives the agency jurisdiction over tobacco, must review all new cigarettes or smokeless tobacco, as well as any changes to existing brands.

But the agency has yet to clear any products under the new system, and some cigarette makers are frustrated by the backlog of applications.

The FDA typically evaluates new drugs and other products with a "safe and effective" standard. But Lawrence Deyton, the Center for Tobacco Products' director, says that standard "doesn't work for tobacco products."

FDA Would 'Rather Get It Right Than Get It Fast'

It's Deyton's job to figure out how a public health agency will regulate a consumer product that has proved to be addictive and deadly. Because there's no safe way to smoke, Deyton says, the FDA is using what's called a "population health" standard to evaluate tobacco.

"I sort of think of it as a ceiling of harm," Deyton says. "Things will get no worse, and any changes or new products that come on the market have to be appropriate for the protection of public health, or raise no different questions of public health."

Tobacco companies have not yet asked the agency to approve any new products, but they have submitted more than 3,500 applications for changes to existing brands — changes the companies say are so minor, they don't raise any of those "different questions."

The FDA has not approved any of the applications, some pending for more than a year and a half.

Deyton says the applications are getting the appropriate scientific scrutiny and that he would "rather get it right than get it fast."

Major cigarette makers declined to be interviewed by NPR for this story. But in a petition filed with the FDA, Lorillard, which manufactures the Newport and Kent brands, among others, calls the inaction a "de facto embargo" on new product introductions — one that hampers competition.

Deyton says that's not the agency's intention. "We're absolutely not deliberately trying to slow products from getting to market," he says. "What we're doing is the scientific review that the law requires us to do."

A 'Tough Industry' In Which To Grow

But Jack Russo, a tobacco industry analyst with the investment firm Edward Jones, says the new regulatory framework is likely to slow the pace at which products get to the shelves.

"It's going to be tough really to get any new product through," says Russo, who also notes that the apparent FDA logjam is frustrating for an industry looking to expand as more people quit smoking.

Getting any new product on the market might help a company "outperform the competition a little bit, in what is a very tough industry to grow," Russo says. "So every little bit helps ... but the FDA certainly isn't making it easy on anybody."

For their part, anti-smoking activists believe the FDA hurdle is long overdue.

Danny McGoldrick, vice president for research at the Campaign for Tobacco Free Kids, isn't at all troubled by tobacco companies' "not being able to get their products on the market as quickly as they would like."

The industry's history of innovation "shows us that it tends to make the products more addictive, more appealing and more harmful," McGoldrick says. "And we don't need any more of that."

Some public health advocates would like to see the FDA crack down even harder on the tobacco industry, by banning menthol-flavored cigarettes and imposing tighter restrictions on advertising and marketing, for example.

The agency has tried to mandate harsh new warning labels for packaging, but cigarette makers have challenged them in court.

Stanton Glantz, director of the Center for Tobacco Control Research and Education at the University of California, San Francisco, thinks the FDA should reject all applications for changes to tobacco products.

"If making these changes wasn't ... going to somehow positively affect sales, the companies wouldn't be doing it," Glantz says. "Because they're in business to make money."

Money that is ever harder to make, now that U.S. smoking rates have remained stagnant at about 20 percent of the population for almost 10 years.

The question is whether the FDA's new role can further curtail tobacco use — the leading preventable cause of death in the country.